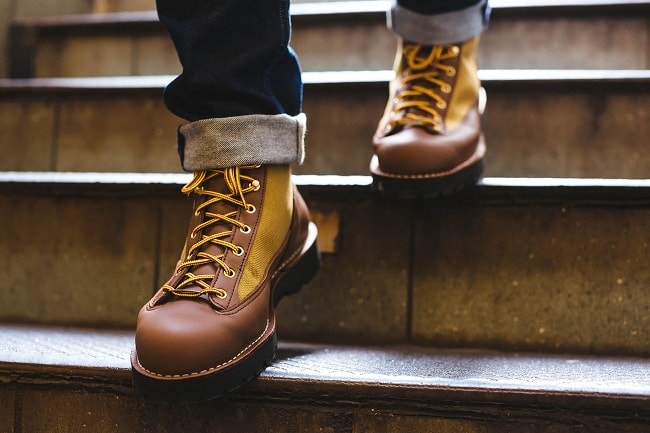 Cold-weather preparation fuels your outlook. A transitional mindset powers you through the months ahead. And, whatever happens, you always want to look good. Since simply having smart boots for the office and a pull-on, insulated pair for the snow doesn’t cut it, take a different approach. Mainly, for Autumn/Winter 2017, that centres around upgraded classics, revising the standards and fusion styles. Start with the following:

When it comes to straightforwardness and simplicity, nothing truly beats a slip-on shoe. Yet, while many men automatically associate this concept with Vans’ skate styles, the loafer occupies this territory from a more classic, albeit sometimes dated, perspective. As such, its impression is often nonexistent; it’s easygoing and in the background, letting whatever else you’re wearing rightly get attention. For AW17, the statement loafer updates tradition without totally tossing every long-held notion out. Yes, its simplicity remains unchanged, but within those borders, variations on cut, material, and embellishments forge out a new path. As such, based upon Fashion Week reports, find what works amongst chunkier outsoles, angular shapes, kilt-like accents, fringe, metal hardware and bolder, less-standard hues like orange, red, and blue. 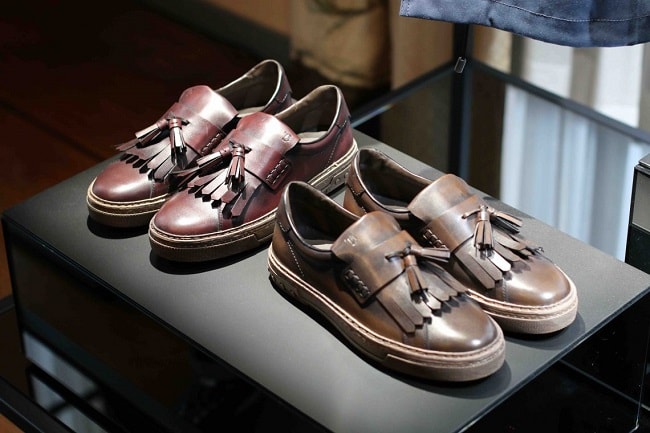 Gorpcore exerts more influence than most realise. Although the trend, at its centre, involves appropriating traditional outdoor and hiking garments for every day urban use, trekking around town in a Patagonia puffer embodies just one iteration. More subtly, the fusion of rugged elements and dressier underpinnings manifests as a luxury-leaning work boot. A thicker, sturdier lugged outsole should replace the traditional flat, modestly textured offering – better for treading on icy, snow-covered sidewalks – and a smooth leather upper complements a taller, lace-up construction. With cold weather creeping up, consider features like lightweight microfleece insulation and a waterproof lining. 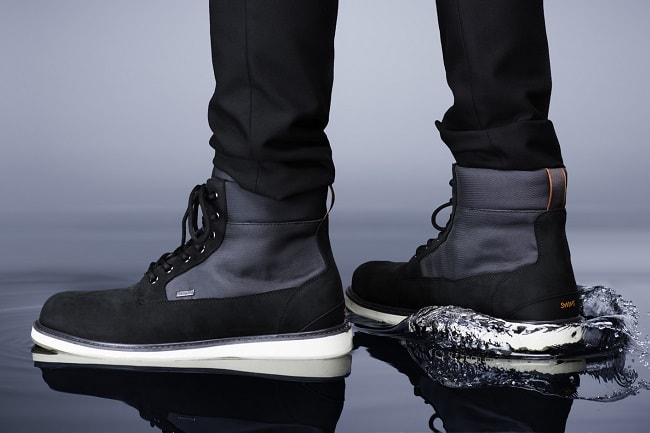 The athlete eyeing a faster time or striving to sprint across a greater distance seeks out the perfect pair of running shoes: In the present, this style often goes lighter, incorporates breathable and cushioned elements, and plays a sock-like fit off a grippy outsole. Yet, that barely-there style has its place: the gym. Usually an outdoor track or for the truly adventurous, the trails. AW17 on the other hand, finds sneakerheads finally giving these performance trainers the time of day. Although the “dad shoe,” essentially a clunky cross-trainer based on a 1980s running silhouette, is having its moment, its slimmed-down, more modernised cousin presents an antithetical counterpart. In these cases, elements like neoprene and knit nylon play off contrasting, colour-blocked combinations, blending that must-have appeal with implied speed and long-distance goals. 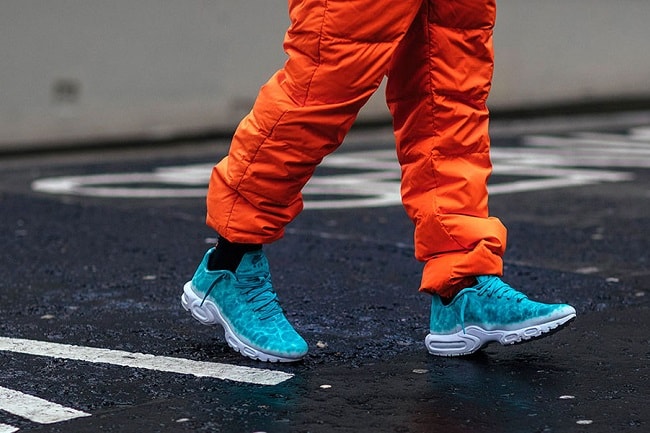 Why be overly complex? With skate shoes, a simple direct look that works for everyday wear is exactly what you get. Although styles from Vans’ classics to D.C.’s more current silhouettes often utilise a grippy outsole and cupsole shape to improve board-feel and performance, it’s the vulcanised construction that truly make them feel like your favourite pair of canvas trainers, only with a bit more substance. And, with plenty of collaborations out there – from Gosha Rubchinskiy’s take to graphics influenced by Peanuts, extreme sports, and Major League Baseball – you’re not stuck with a choice of just a few dark solids. 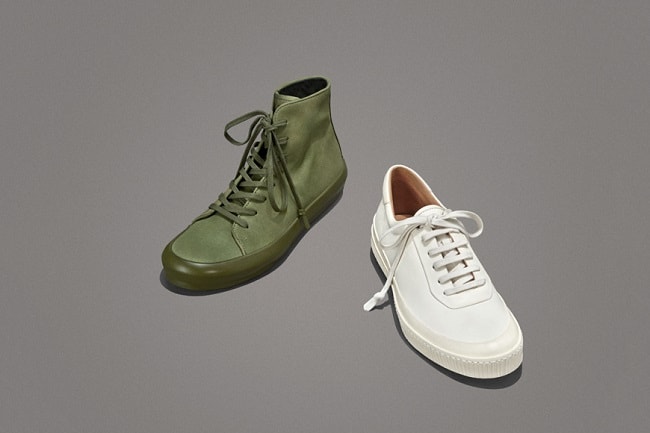 Exclusiveness isn’t just for sneakerheads. As the classic trainer concept oozes both practicality and a casual vibe, AW17 has seen designers play around with this template, elevating it above the typical leather, canvas and woven nylon combinations. Veering away from the predictable. What results often resembles a hard-to-find streetwear pair – multicoloured, utilising suede and reflecting a seemingly paradoxical blend of retro and modern influences. If “dressy trainers” sounds oxymoronic to you, this season’s tinkering truly makes it possible. 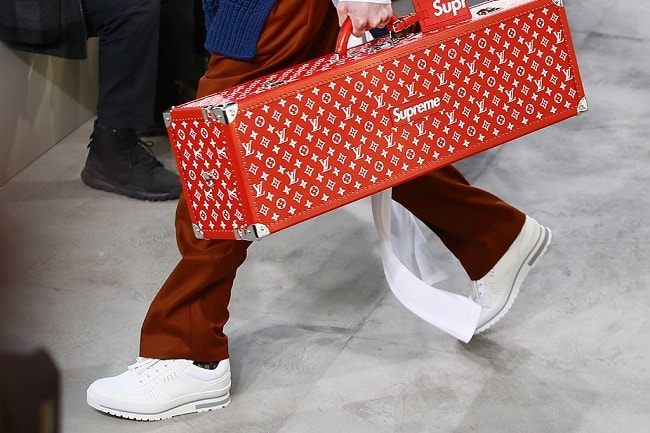 Here’s a silhouette that precisely embodies transitional style. Not too tall, not too many laces and rounded in just the right places. Desert and Chelsea boots – often utilising the same characteristics – factor the greater coverage you want in autumn with the occasional balmy day when you have to go outside. Whether you pull on a Chelsea boot or quickly lace up its desert counterpart, the top typically aligns right with your trousers, while its streamlined design effortlessly caps off both casual suits and blazer-and-chino ensembles. For a more on-trend take, consider a lighter shade – grey or camel, rather than black, navy, or dark brown – to juxtapose both cold and warm-weather aspects. 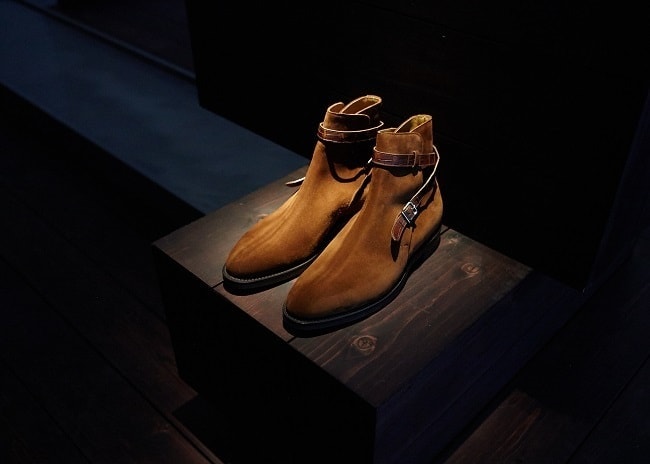