WIN A PAIR OF SHOES FROM GOODWIN SMITH

CHOOSE ANY FOOTWEAR DESIGN FROM THEIR AW17 COLLECTION 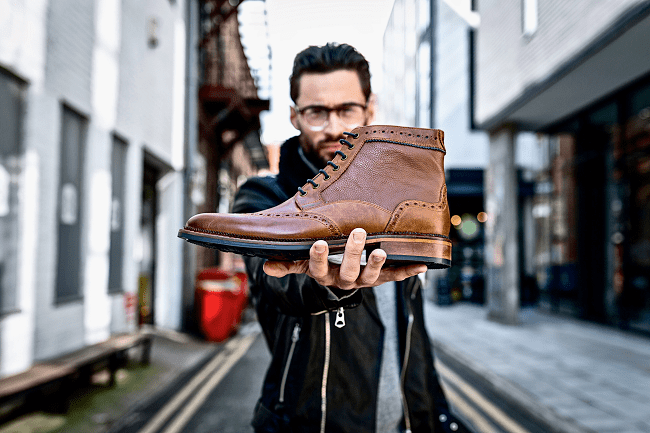 Today’s competition is brought to you by our good friends over at Goodwin Smith who’ve been making shoes since 1928. To put that into a time perspective, sliced bread hadn’t been invented when they set up shop. No really, it wasn’t. Goodwin Smith all began - as many great things do - outside a pub, less than a mile down the road from where their HQ is today. Two rival shoemakers stood face-to-face arguing about which one of them could make the better shoe – Ernie Goodwin and Walter Smith. Each man came from different backgrounds: Ernie a Manchester City right-winger, and Walt a hardy coal miner. They soon found they shared the same ideals: a passion, not just footwear but quality footwear, and a good night out on the town. After that argument outside the pub, Goodwin and Smith decided to join forces. And now, 90 years later, little has changed. Although the infamous pub is sadly long gone.

Under the leadership of current Managing Director Timothy Smith, Grandson of Walter Smith, the Goodwin Smith brand has continued to develop and celebrate its two founders. Like Ernie and Walter, the Goodwin Smith ethos represents the epitome of the modern man who knows that though we may not all be cut from the same cloth we can chose our own footprint. 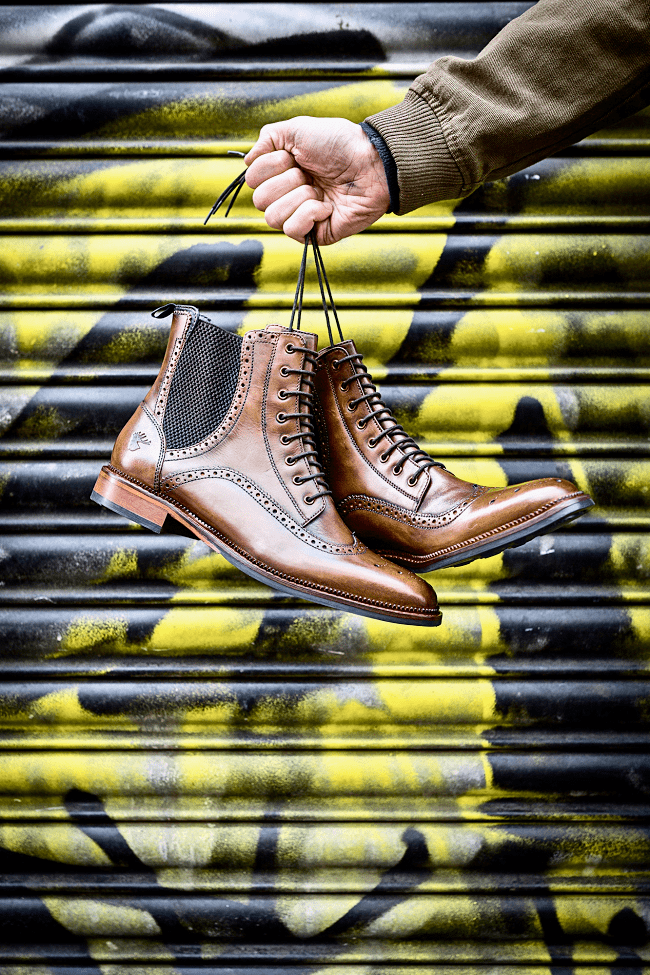 This historic shoemaker designs and manufactures quality footwear. It takes time and effort to look good and stand out from the crowd, which is why they don’t rush the manufacturing process of their shoes. They make sure quality counts at every stage of the process. It can take up to a month to manufacture each unique pair. It’s that impeccable attention to detail which ensures their footwear looks the business and gets you noticed. Every Goodwin Smith shoe maintains the highest standard in footwear construction, because the two founding lads put their pints to one side and hatched out a plan to create superior footwear. Four generations on, this great brand is still honouring and upholding what they stood for. Fashions may come and go, but quality is earned. Whether or not it is something you deserve… well, that’s your story.

To be in with a chance of winning a pair of shoes of your choice from the Goodwin Smith autumn/winter 2017 collection simply enter your name and email address in the form below before completing all the other optional extra bonus entries to improve your chances of being the randomly picked winner. You have until midnight 26th November 2017 to get your entries in. We make contact and announce the winner’s details in the form below within 24 hours. Good luck everyone!