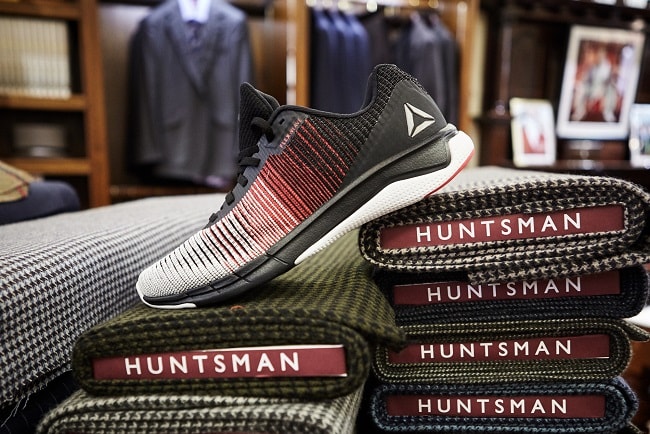 In recent seasons, fashion houses have readily returned to the intersection of menswear and athleticwear, borrowing from both sides to create something rooted in classic style and active influences. Mostly, such an amalgamation involves dressing down menswear staples, or experimenting with various performance materials.

Reebok’s collaboration with Huntsman & Sons, one of Savile Row’s oldest menswear shops, goes in the direction of this second scenario. Announced late in September, the Reebok x Huntsman suit, one of the Reebok Innovation Collective’s ongoing projects, combines the latter’s long-standing, bespoke tailoring with the former’s new Flexweave material. Although the prototype has yet to be cut, it’s expected to blend the springiness and versatility of a running shoe’s upper with the somewhat structured shape of a two-piece suit. 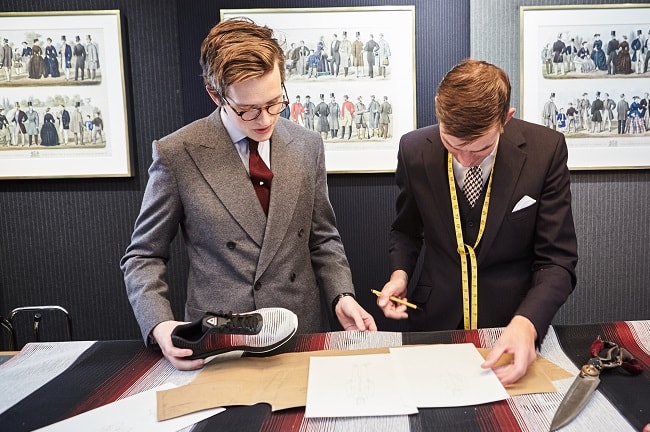 Considered a new digital direction for the Boston-based brand, the Reebok Innovation Collective soft-launched in July with an open-source concept. With a 40-person team initially behind it, the project tells the story and lets consumers in behind the scenes of Reebok’s various apparel and footwear collaborations. But, these aren’t your standard streetwear efforts that fuse two visual aesthetics; rather, Reebok’s often involve technical components and focus on developing the next generation of performance-focused gear. As projects like the Reebok x Huntsman suit unfold, users get to read about their latest stages and development through emails, social, and other marketing channels. 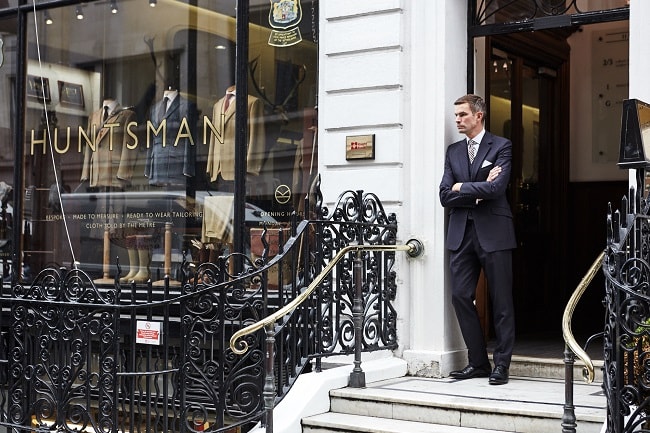 Flexweave, Reebok’s exclusive new textile with a figure-eight weave that can interlock different individual fibres, sits at the centre of this collaboration. When we had a chance to speak with Huntsman Head Cutter and Creative Director Campbell Carey, who’s leading this effort, he explained its appeal. “Reebok wanted to put Flexweave to the ultimate test in tailoring and fit; that is one of the attributes of this new textile from Reebok,” he tells us. “So, we’re collaborating with the brand to cut a prototype men’s suit. If Flexweave can stand up to the standards of Savile Row, then I can imagine it would make a pretty good pair of trainers, too!” 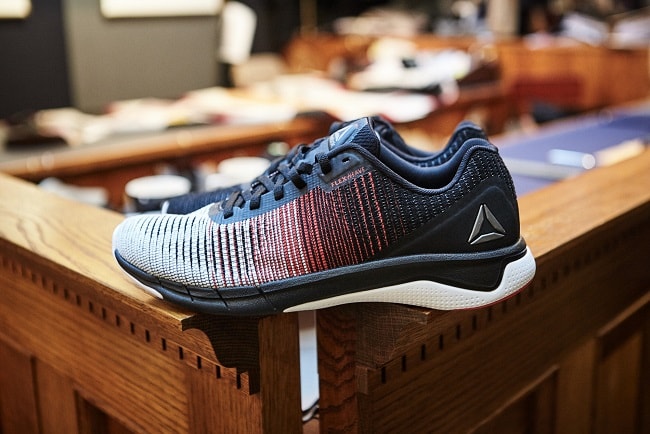 While the project’s still in its early phases, Huntsman plans to take the first generation of Flexweave – the same material, Carey explained, that will be used for Reebok’s trainers – directly from the factory and turn it into a premium bespoke garment. And, although that seems simple on paper, using a breathable, mesh-based material that stretches and moves with the user poses its challenges – especially when Huntsman rarely works with manmade fibres and active fabrics. Among these issues, he said, are “the openness of the cloth and the fact that it will not ease. Being a manmade fibre, there can also be a risk of shrinking.” 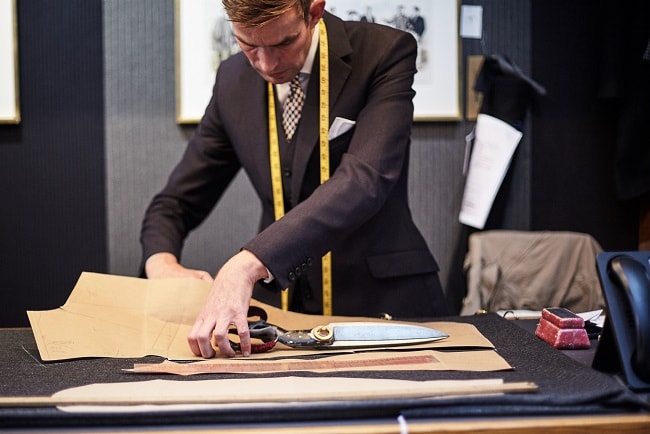 As Huntsman works to blend a precise fit, comfort, and style, their team understands that Flexweave will need to be treated completely differently from other cloths. On Reebok’s end, the material symbolises a new beginning, one spearheaded by this project: Specifically, a fabric that not only enhances breathability and helps an athlete reach his full potential but also has the strength, versatility, and overall appeal for use as a suit or other apparel. The suit’s boundary pushing also opens up a few more doors for Reebok’s new direction. Firstly, Flexweave’s construction represents a technological advancement for the brand, one that rethinks the fit and function of a running shoe’s upper portion. Then, as a way to set Reebok’s products apart from competitors’, a higher level of tailoring will soon be spread across its footwear line. 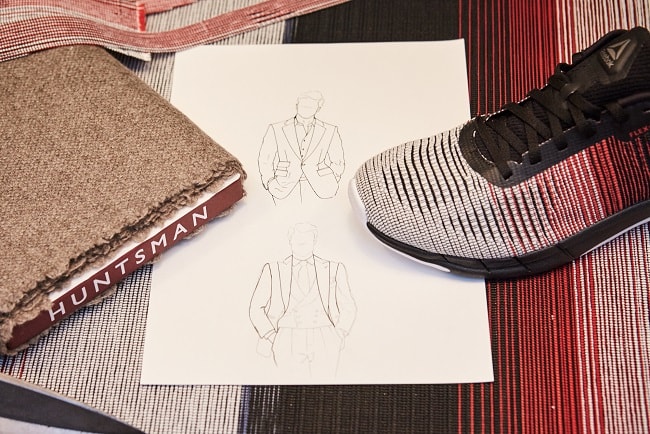 As the collaboration’s third component, both Reebok and Huntsman are designing the prototype with Brandin Cooks, the New England Patriots’ wide receiver and current Reebok Running ambassador. Already involved in Flexweave’s development, Cooks has been testing the textile’s potential and will have the suit’s prototype created to his measurements. “So far, we’ve been in Boston to measure Brandin and talked him through the suit process,” said Carey about the project’s latest advances. “We’re due back in the coming months for his first fitting.” The collaboration officially finishes up in February 2018, at which Cooks will test the suit in Huntsman’s Savile Row workshop. Although sketches currently give us a glimpse, the result, according to Carey, will be “Totally casual. This is a one-off piece. We are very excited to see the final piece.”