SHANE WILLIAMS ON BEING BIG IN JAPAN 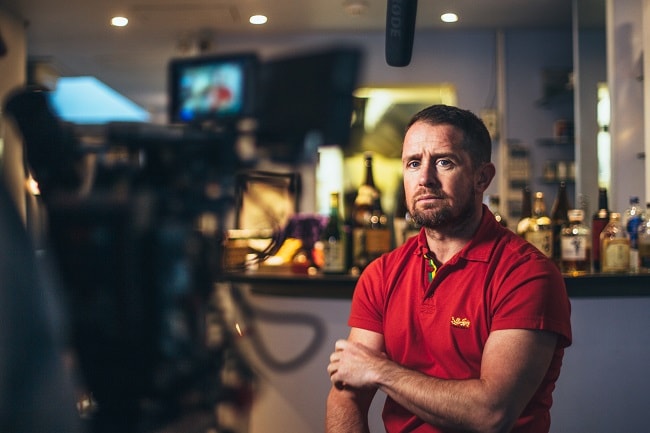 Within the next two years, Japan will be hosting two of the world’s biggest sporting events; first the Rugby World Cup in 2019 and swiftly followed by the Olympics in 2020. Both are bound to be spectacular occasions but obviously with the two running so closely together and the world watching closely, there is a huge amount of pressure on the country. Having said that, if anyone can make these events a success, Japan certainly can. Someone who strongly agrees with this and can quote from first-hand experience is ex-professional Welsh rugby legend, Shane Williams. After retiring from his extremely successful career in international Rugby Union in 2012, Shane made the dramatic decision to leave his home in Wales and join the Japanese league team; the Mitsubishi DynaBoars. Originally Williams signed a one year contract in Japan however his stay was extended several times with him taking on a coaching role, proving just how much he enjoyed his time there.

MenswearStyle were fortunate to have the opportunity to chat to the world-renowned sporting star about his time in Japan. With the Rugby World Cup 2019 on the horizon, Shane tackles the best Japan has to offer in his new online series Shane William: Big In Japan. In the highly entertaining mini-series, Shane and former Wales and Lions player Andy Powell test their strength at various activities such as sumo wrestling and tasting some bizarre foods. Speaking to Shane it is clear how much this country has had an impact on him, not just due to the sport but also experiencing the diverse culture across the country along with the warm welcome from his Japanese colleagues. Japan has two very exciting years ahead and as Shane ensured me, the Rugby World Cup will be an occasion not to be missed. 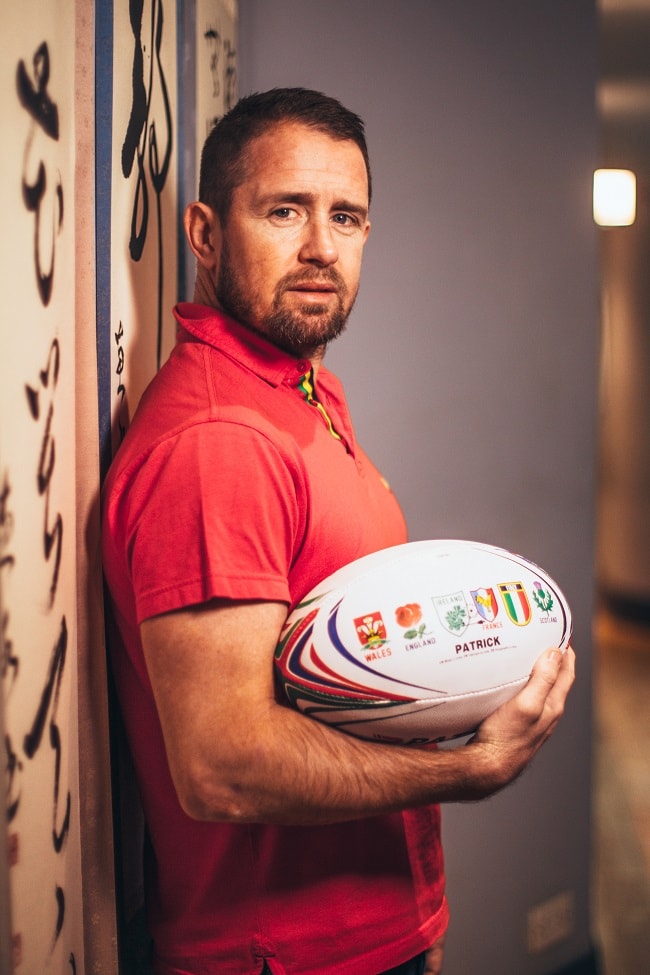 To a person who is going to Japan for the first time, for the World Cup, what would your advice be?

“Travel as much as possible. The transport systems are so great there that you can easily access so many places. It is such a diverse country with so many beautiful and incredible places to visit. You can go to the tropics in Okinawa and then to the complete opposite, with snowy mountains in Yuzawa. Everywhere you go it is so clean and everyone is so incredibly welcoming. Sometimes you can think the Japanese people may have a hidden agenda just because they're overly polite. However, that is most certainly not the case and they are just the most warm and welcoming people. I absolutely loved my time in Japan.”

What did you learn about rugby during your time in Japan?

“The Japanese players may not be the biggest or most physical, but what I did learn is that they are all about pace and when they are playing they're constantly attacking. They like to distribute the ball all around the park and they pride themselves on scoring tries. To be honest, their fitness in the league is just as good as any international team, its impressive.”

Were there any particularly challenging cultural customs or formalities you had to get used to?

“Not really. One thing that was a challenge was a difference in training. We spent a lot of time repeating things just because they are determined to get things right. They are total perfectionists, which isn't a bad thing, but it was tough. Obviously, it was difficult to interpret some things to begin with, due to the language barrier, but I understood things relatively quickly.” 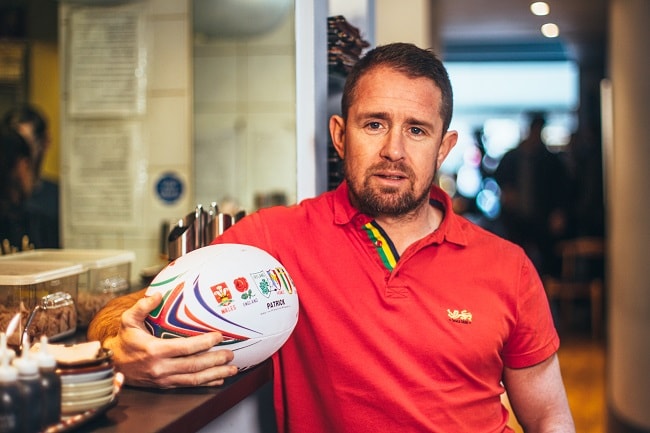 What is it that attracts foreign players to Japan?

“Well for me personally, I had spent my whole career playing international professional rugby and it was an attractive thought to try something completely different. I went to Japan in 2001 on a development tour and I instantly loved the country. When things were coming to an end in Wales, I thought to myself ‘why not give it a try?’ It really didn't take long, when I got to Japan, to realise just how much I enjoyed life there.”

There is huge social aspect of rugby back at home, how does it compare in Japan?

“Well I expected the social side to be a lot more controlled to be honest. However, I found everyone to be extremely sociable and the lads really enjoyed having a mid-week meal and even a few drinks. There was always a get together at the weekends, either arranged by the players or their families.”

How intense is the training out there in comparison to Europe?

“The sessions were a lot longer than I was used to. Back in Wales, before some games we would have an hours training at full match pace and then given time to rest for the game ahead. In the league, we would quite often have 2-3 hours of intense training. It is all about quantity, quantity, quantity and the mentality is; the longer you train, the better you become.” 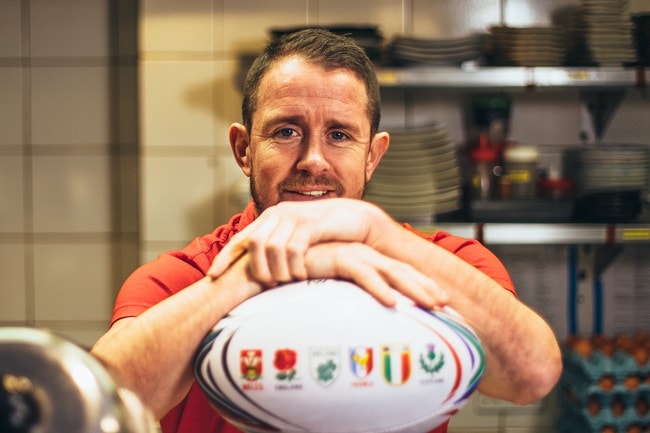 How competitive is it in the league?

“Extremely competitive. It means so much to them to play in the team and they take losing a lot harder with a huge feeling of disappointment. There were times where I saw men cry even before the game had started when they collected their jerseys for a game. There is a lot of emotion there. It is really important to them.”

Given the success under Eddie Jones at the last World Cup, do you think they have the systems in place to compete with the best teams in the world on a regular basis?

“In terms of rugby, it is a massively progressive country and Eddie Jones has a lot to do with that, as well as the coaches that have come before him and taken over from him. It used to be that you expected 80+ points against them on the scoreboard. It is very different now, they are a lot tougher. There is more time, money and effort being put into the sport. The clubs are getting stronger and more time is being spent on development at a younger age at universities. It may take some time to get to the top but they can certainly compete and it may only be a short while before they are competing at the top.”

Are there any specific places you would like to go back and explore?

“Ah, it is so tough to point out specific places just because everywhere is so different and fascinating. I went back in December last year to film the show and we visited some more great places. I didn't have the time to go to Hiroshima. It has so much history, so I would like to go there. Also, Kimaishi which was destroyed in the famous earthquake but has now been rebuilt for the World Cup. Japan has some amazing skiing, so I would definitely like to try some more of that.”

In a snippet from your show, you try some pretty horrendous fermented beans. Did you try anything else out there that you advise people to avoid or perhaps definitely try?

“Oh my god, never again... those beans are just horrendous. I cannot even explain just how horrendous! I had managed to avoid those beans the whole time I had been there, until then. All the lads were trying to get me to eat them. Never again. The food is great though. There was a small convenience store just down from where I was living and they had these rice balls with tuna inside. They were so simple but just delicious. I bought a lot of those.”

Do you think Tokyo is prepared to host the World Cup and then immediately follow up with the Olympics?

“Definitely, the Japanese don't get many things wrong. There is so much work being put into the events and they want to make sure they get it right. For the rugby, it is going to be an extremely unique World Cup. They will make a real festival of it and everyone will get involved, even in towns far away from the stadiums. I can't wait to get back out there for the World Cup.”

With Rugby World Cup 2019 on the horizon, Shane tackles the best Japan has to offer in his new online series facebook.com/shanebiginjapan. To discover the wonders of Japan for yourself visit visitjapan2019.com and follow #EndlessDiscovery