A NEW CYCLING BRAND FROM THE STREETS OF BARCELONA 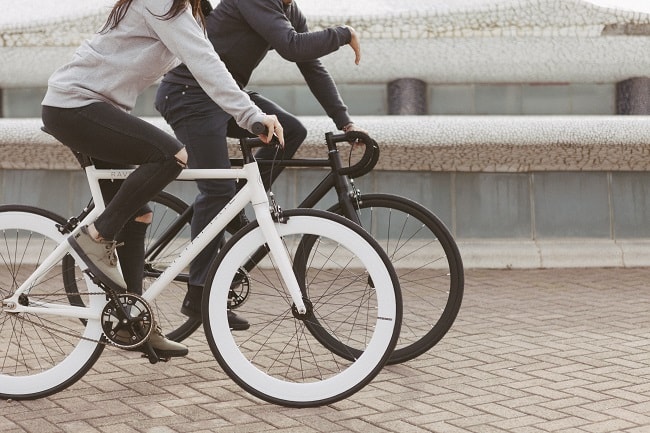 The Central Line is the most turgid capillary of London's heart between the hours of 08.00 and 09.00. Hoards of commuters compressed into carriages, scornfully looking at each other, not even graced with enough space to open their morning paper. Many stair at their shoes whilst others fight to keep their eyes open as a result of boredom and fatigue.

A useful antidote to this doleful experience is cycling. It's also the only way to see the real London and give you an acute sense of place. A new cycling brand from the streets of Barcelona called Santafixie is looking to capitalise on an industry that is showing exponential growth according to the TFL which detailed that more than half a million kilometres are ridden by cyclists on an average day within central London, a rise of seven per cent in three years. 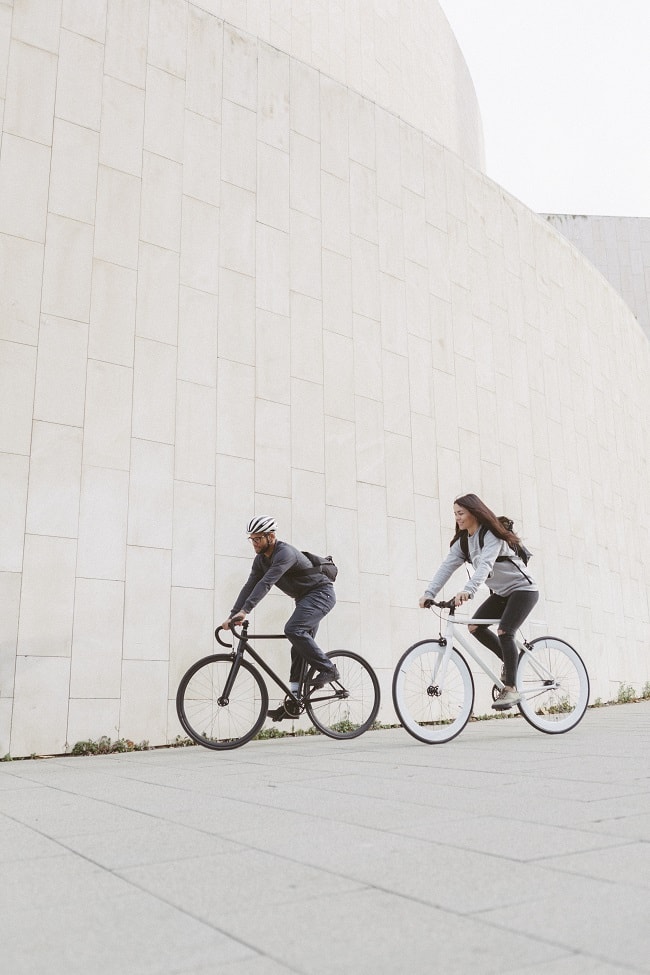 Santafixie might sound like a show on Nickelodeon, but they are championing the idea of introducing more bikes inside cities in order to create a better world. Leaning on their 6 years of experience in the cycling industry, designing bikes, accessories and getting in the weeds with the cycling luminary, they've listened and fine-tuned their first model; the Raval. 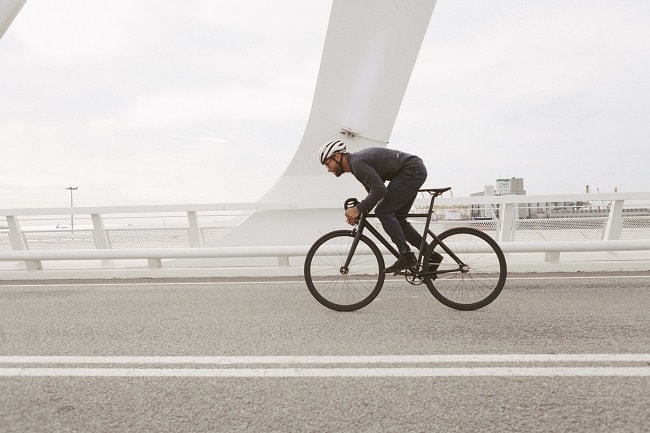 "When we first thought about manufacturing our own bikes, we had a very specific thing in mind – a good-quality model at a very competitive price, so that everyone can have a beautiful, light, durable and easy-to-drive bike. So, here you have Raval." - Xavier Claveria, CEO of Santafixie 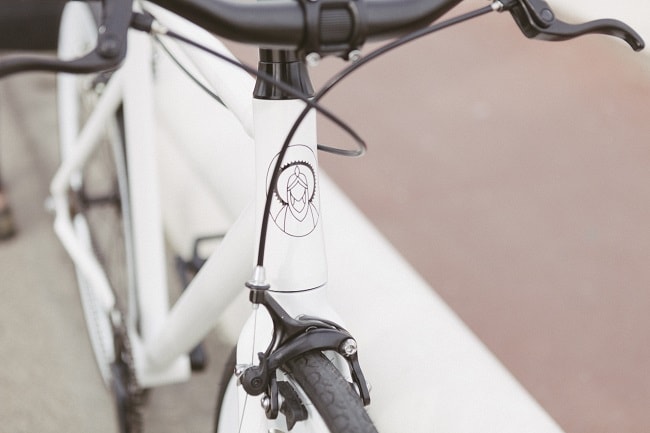 The Santafixie Raval comes with varying specifications at very accessible price points, varying between £389 and £605. You have a multitude of colours, handlebars (riser, drop and bullhorn) wheel sizes and the option of single speed or gears. All of this with free shipping to the UK too. I'd say the aesthetic is streamline and minimalist. I like the white model, punctuated with black trim. There's no ambiguity with the product as the imagery is detailed and there is a handy online tutorial instructing you on how to assemble the bike. 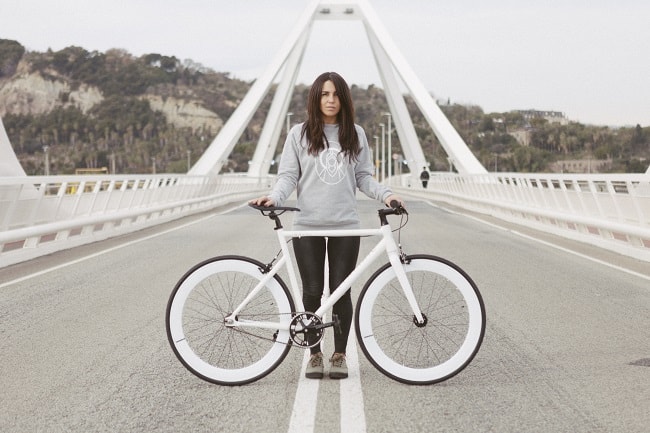 So what is its USP? Well you could highlight the weight, the Santafixie Raval model is very light, weighing only 9.5 Kg. Which is the same as the lightest Brompton, but not as light as The Hummingbird (reviewed earlier in the year) at 6.9 kg. Although the Santafixie isn't a foldaway bike, what it loses in versatility it gains in accessibility. Only £400 for a bike is half that of an entry level Brompton and 8 times cheaper than a Hummingbird. 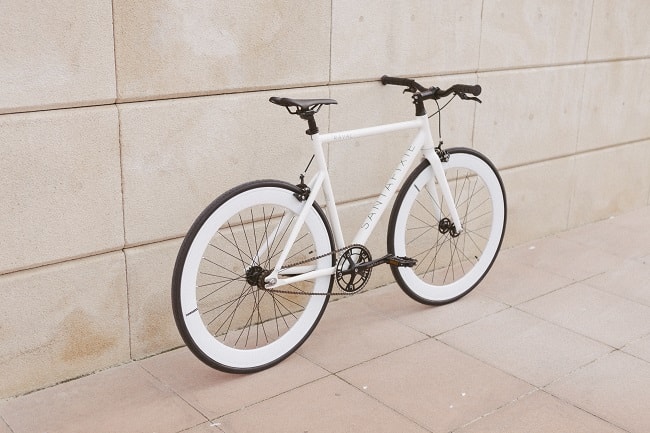 I'd say this would be perfect for a commuter with a rigid route. For students or people on a living income who wants to experience the city. This bike is for anyone looking to burst from the chrysalis of mundanity that is the Central Line first thing in the morning. Are you thinking of making the switch? How do you get to work and if you've recently made the change are you reaping the benefits? Let us know your thoughts. 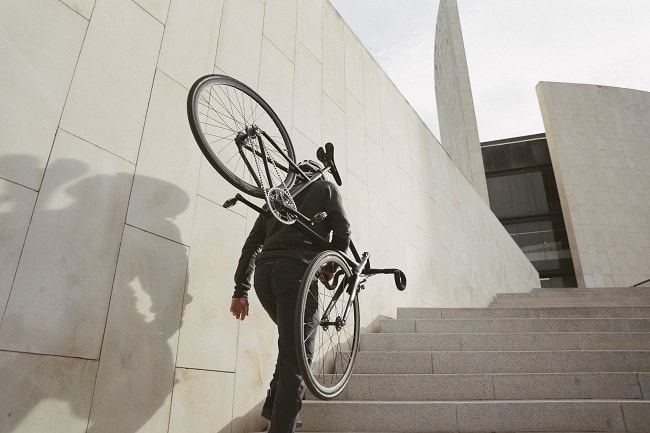 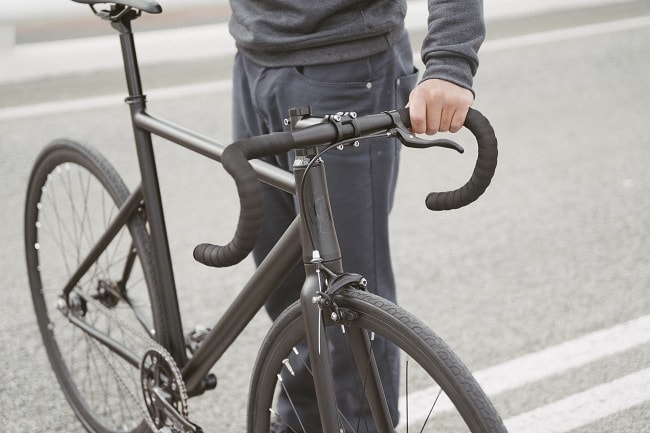 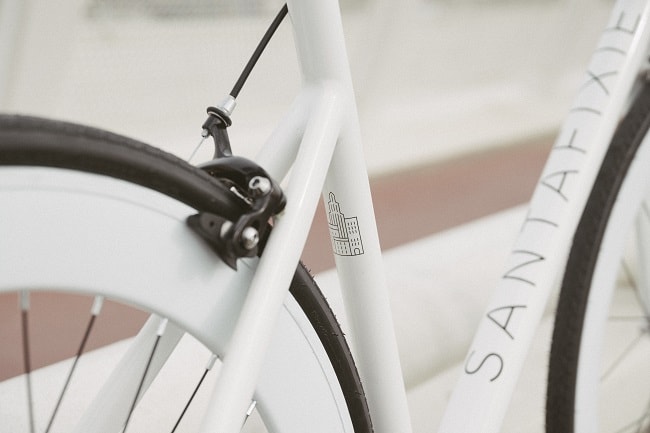 How do you get to work? #commute