IN CONVERSATION WITH SIMON ZACHARY CHETRIT

A SIT DOWN WITH THE NEW YORK STREET STYLE PHOTOGRAPHER, WRITER AND SOCIAL REFORMER 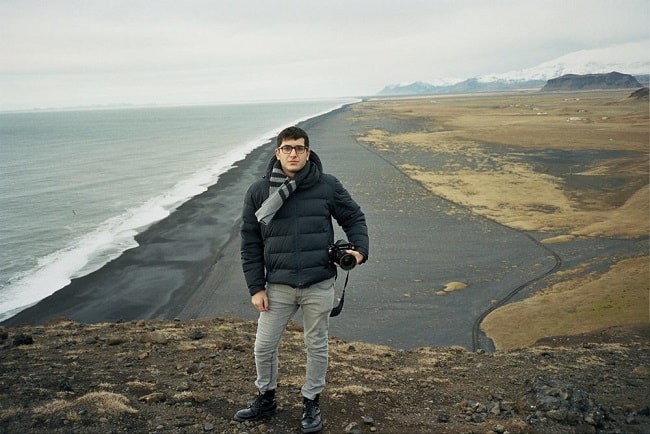 Simon Chetrit is a 29-year-old street style photographer, journalist and native New Yorker of Moroccan-Jewish descent currently based in Brooklyn. Simon attends all global fashion calendars while capturing some of the best street style photography, and is praised for his inclusiveness of diversity in which he credits NYC. Simon Chetrit's work has been featured in some of the most notable media platforms such as; Man Repeller, CNN, Jezebel and Gawker to name a few.

Tell me about how you got into photography and how your skills have developed over time.

“I got into photography completely by accident - growing up, I had dreams of becoming a video game designer, and in pursuing this, I needed to purchase a camera to document drawings for college applications. That camera completely took over and changed my life. If I wanted to explore photography and get better at it, I needed to shoot - a lot - and to shoot, I needed to find people in the streets.” 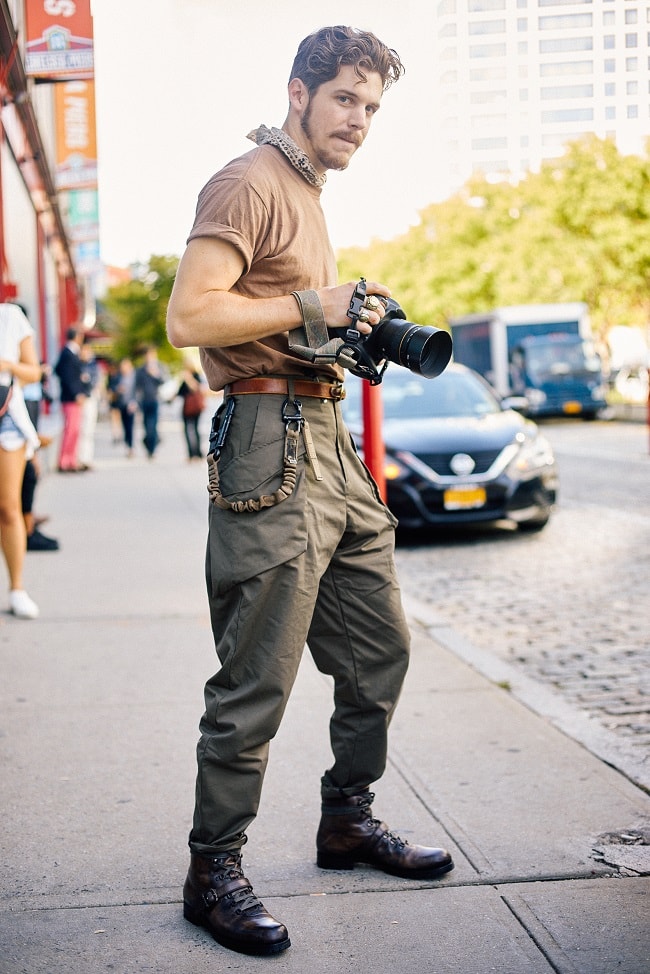 What do you look for in a guy when shooting on the streets?

“Originality. Adventurousness. A sense of being comfortable and at ease in the outfit and they're not just wearing it to get photographed, or because they saw someone else wear the same thing or something similar and decided to copy it. A reflection of the individual's culture and passions.”

What advice would you give to men who want to be shot by a streets style photographer?

“Take risks. Up until recently, men were aggressively boring in how they dressed and played it way too safe, to the point where in a full month of shooting street style every day, I'd have maybe 10 guys total who I really thought were doing something original, cool, unique or different. Don't try too hard to be photographed. Whatever you do, do it better and harder than anyone else. The more specific, the better. Don't worry about looking too feminine, just do you.” 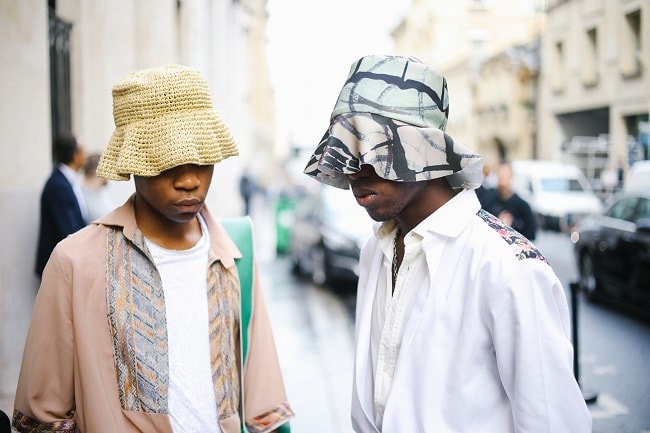 How do you think the fashion photography industry has evolved since the rise of blogging and social media such as Instagram?

“Well, as far as street style is concerned, it's been a double edged sword. There has been an explosion of interest in not just street style imagery but streetwear itself, and guys no longer have to be a model or an Editor to be photographed. However, the currency of images and the language of street style photography has been cheapened. There are many people who do formulaic, contrived street style shoots with equally trite looks that are most likely stolen from someone else's blog. Sometimes they get tons of followers and are welcomed like royalty. A lot of the prestige has gone such as the supermodels, the tight-knit nature of street style photography - in Paris there are sometimes literally hundreds of people competing with you for every shot at every show, rain or shine. On the flip side, there are not as many gatekeepers either.” 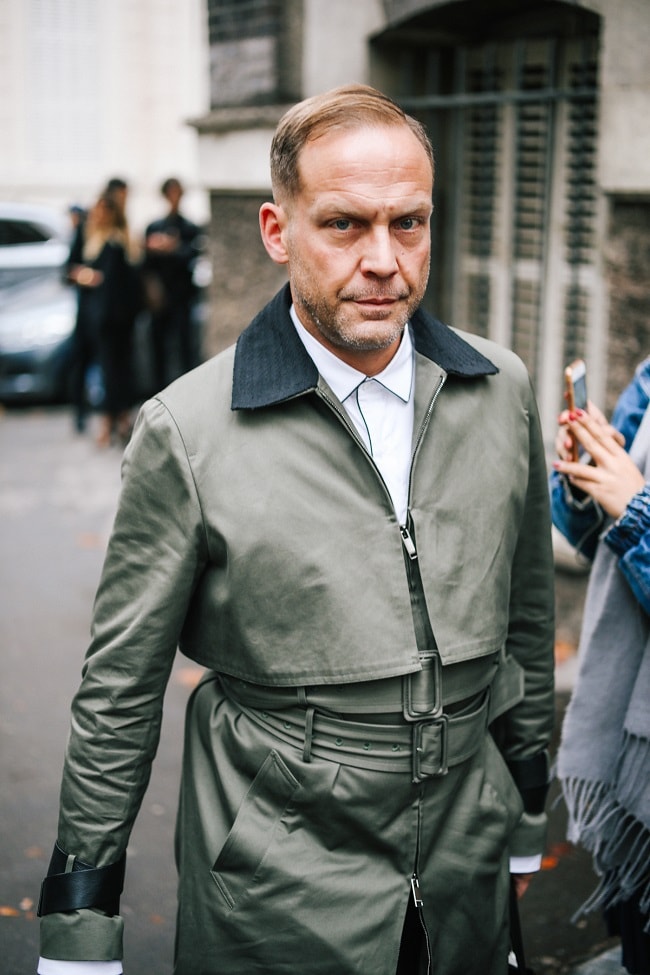 Which picture are you the proudest of?

“There's a few that come to mind, but the most prominent one is this one I took in Merzouga, in the Sahara Desert in the deep south of Morocco, where my family hails from. I have a huge amount of pride in my Moroccan heritage and the beauty of the rich culture, history and landscape there, and I am proud to have captured it in a way that befits its beauty.”

Are there any other photographers that inspire you?

“Many names come to mind, but I would be remiss if I did not mention Nabile Quenum, who unfortunately recently passed away. During my very first few seasons doing this professionally, I found a lot of comfort in being able to speak to him in French, and looked up to him not just technically as a photographer, but as someone who was always able to charm people out of the crowd to get just the shot of the exact person he wanted. In many ways, I would not be doing this correctly were it not for him, and I can say that I evolved at first by emulating him in some ways. Not to mention he was just a consistently phenomenal photographer. Truly one of a kind.” 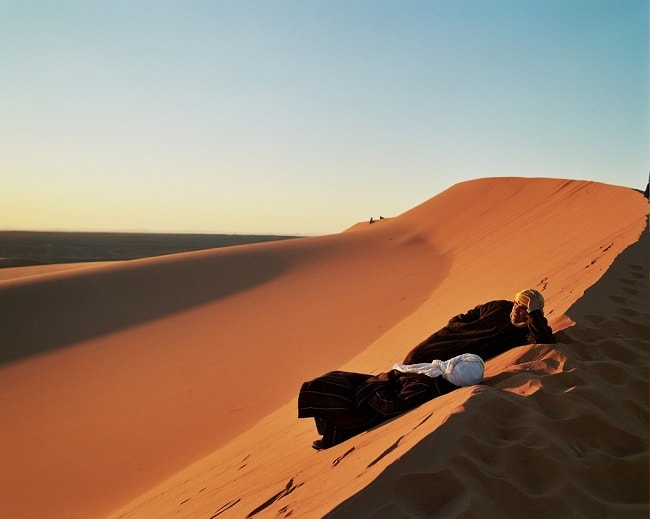 What advice would you give to anyone who is looking to follow in your footsteps?

"Fashion week isn't what makes you a great photographer - it's what you do the rest of the year that does. Many people, including myself at one point, believe that if they can just take one perfect picture of some famous model or fashionista at fashion week, they will instantly blow up and become accepted by the community and be up to their neck in fame and fortune. It doesn't work like that. To consistently make great images in a street style scenario is some of the most technically challenging photography you can do anywhere. It doesn't matter if it's 12pm with a hideously strong light directly overhead casting shadows on everyone, if it's pouring rain and freezing or if everyone's running to the next show, you still have to take great images, and often I have to call upon my entire experience as a photographer to be able to do so in these situations. Having a distinct vision and method will set you apart from the others as well." 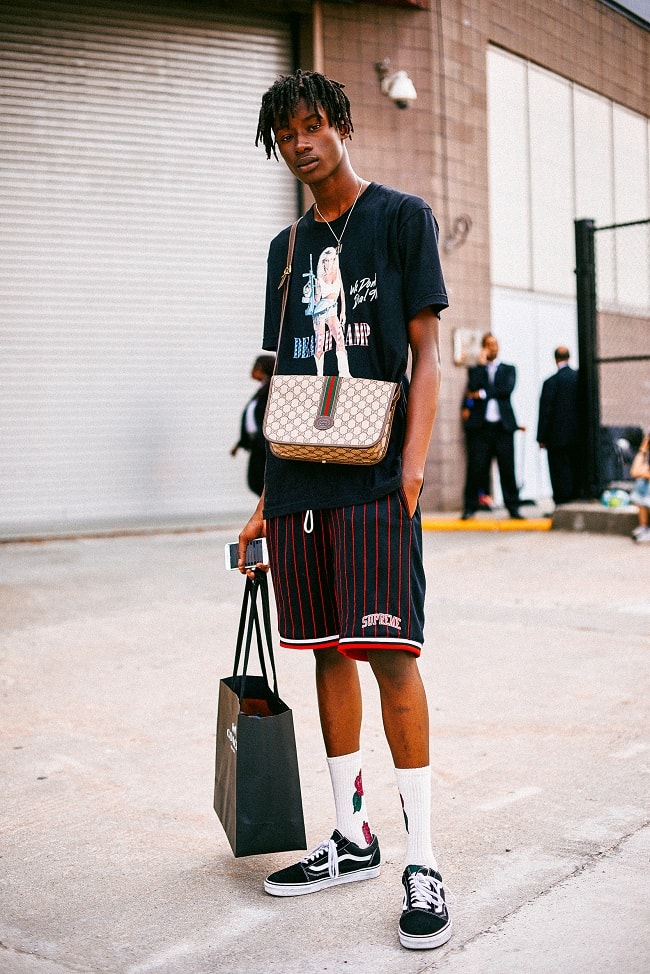