HOW MANY BLAZERS SHOULD A MAN OWN?

Written by Ivan Yaskey in Tips & Advice on the 10th August 2018 / How Many Blazers Should a Man Own? 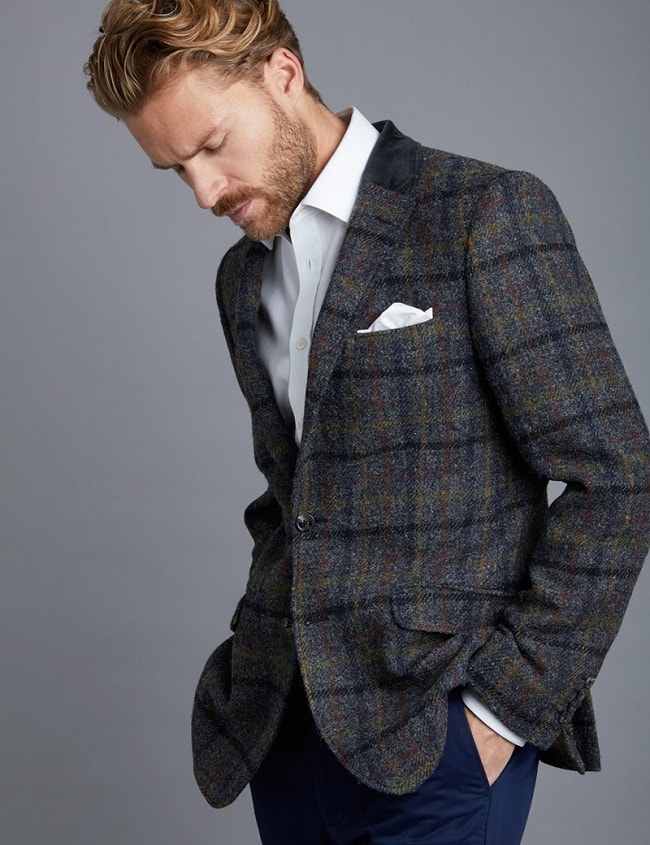 Some collect jackets – and others want to stick with the bare minimum. But, if you’re stripping your wardrobe down to basics – or building one from the ground up – how many blazers do you need to have? While there’s no one exact number, you’ve got to be ready with a few essentials extending over both structured and unstructured styles. The former – more formal and heavier – is typically made out of wool and is styled similarly to a suit jacket. Unstructured, by contrast, lacks those angles and padding around the shoulders and often has a bit more space. Construction wise, cotton is more common, as it creates a lighter feel. Within this dichotomy, structured blazers may be single or double breasted, and have peak or notch lapels. So, considering these factors, begin with the following five types:

Black seems like you’re going to a funeral. Brown – too trendy or too ‘70s, depending upon the year. And, grey? Too light or too dark, with implications of tonal dressing whenever you wear it with a black or white shirt. A navy blazer, in this sense, becomes a compromise, although not one you begrudgingly wear because nothing else is out there. The hue itself simultaneously projects depth and vibrancy, all while managing to seem understatedly sophisticated. In short, it’s everything without being too much of one thing. Style wise, too, navy behaves much like black: Pair it with everything and it’s a fit, and it’s neither too trendy nor too dated. Within this context, it goes everywhere. With a more structured variation, dress up for the office with a white shirt, lightly patterned tie, and khakis. Single-button, unstructured versions, meanwhile, translate that mature versatility to a pair of jeans and a printed button-up shirt. If you’re the type to wear roll-necks, sweaters, or even a fitted tee with your blazer, navy suits every occasion. Generally, considering this will be your default, be mindful about its design. Tread carefully when it comes to texture – anything beyond the woven look of Tweed or linen becomes too distracting. As well, avoid showy buttons: Gold, particularly, looks like something a child would wear to a wedding, or makes you look like you’re about to captain a ship. In this case, keep the buttons neutral – ideally, the same colour as the rest of the garment. 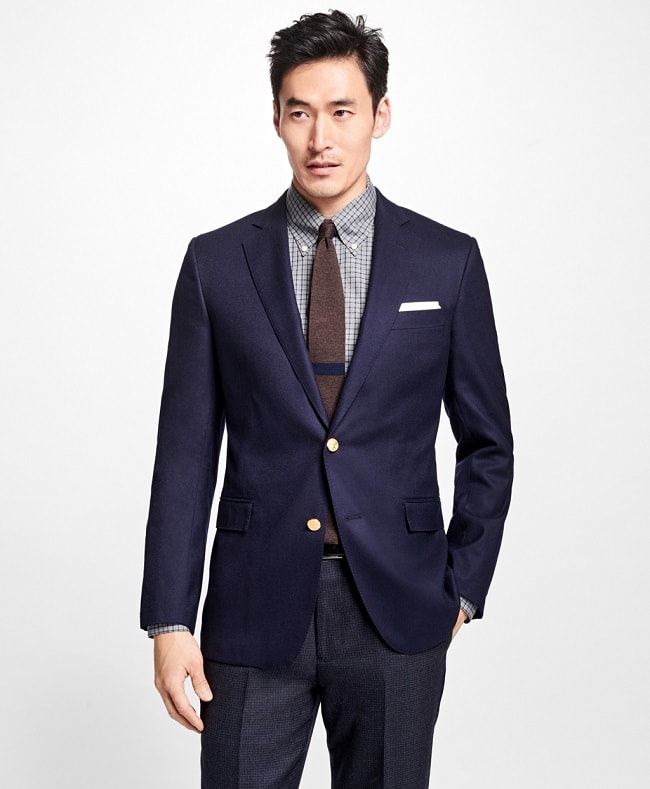 Navy, unfortunately, conveys seriousness, even when you’re the friendliest, most-outgoing man in the room. So, when an occasion is formal but not stuffy, professional but steering away from snobbery, you’ve got to dress for it. That’s where a lighter-coloured yet still structured blazer fits into your wardrobe. In this case, anything ranging from grey to tan or cream to even a faded navy matches your darker-coloured trousers, without coming off overtly James Bond. Yet, since it’s just slightly lower on the tiers of formality, you can have a bit more fun here. Consider textures, like grey herringbone, or even a tuxedo-style jacket, for a dash of colour-blocking. 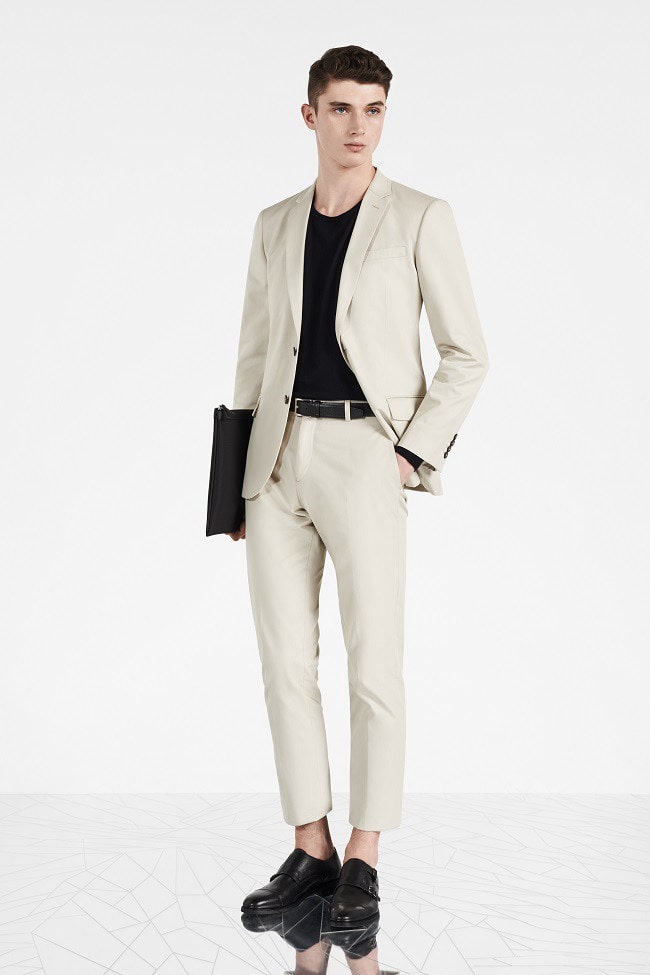 While a structured blazer’s perfectly fine stylistically, summer’s not the time for thicker materials when you’re doing smart-casual. Unstructured blazers, by definition, suit warmer conditions with their cotton, occasionally linen-blend, construction, relaxed design with less padding and fewer buttons. In short, it’s the type of thing you can wear over a short-sleeve button down, keep unbuttoned, and don’t have to regularly wonder “When can I take this off?” Occasionally called a sports jacket, the unstructured blazer still needs to be a versatile, somewhat conservative garment, especially if you’ll be wearing it to the office or a networking event after. So, while that widens the possibilities, a few limits still stand. One, don’t get too crazy with the colours. Dark green or even burgundy might be fairly unexceptional these days, they’re still considered trends that’ll eventually fade out. Instead, stay within the realm of greys, blues, and brown. But, from here, don’t count out materials, and in fact, they could be the force driving your jacket’s character. Worsted wool and Tweed come off as refined, corduroy evokes the ‘70s and velvet seems smooth and sophisticated but mysterious. Within these parameters, the blazer becomes a subtle statement piece. 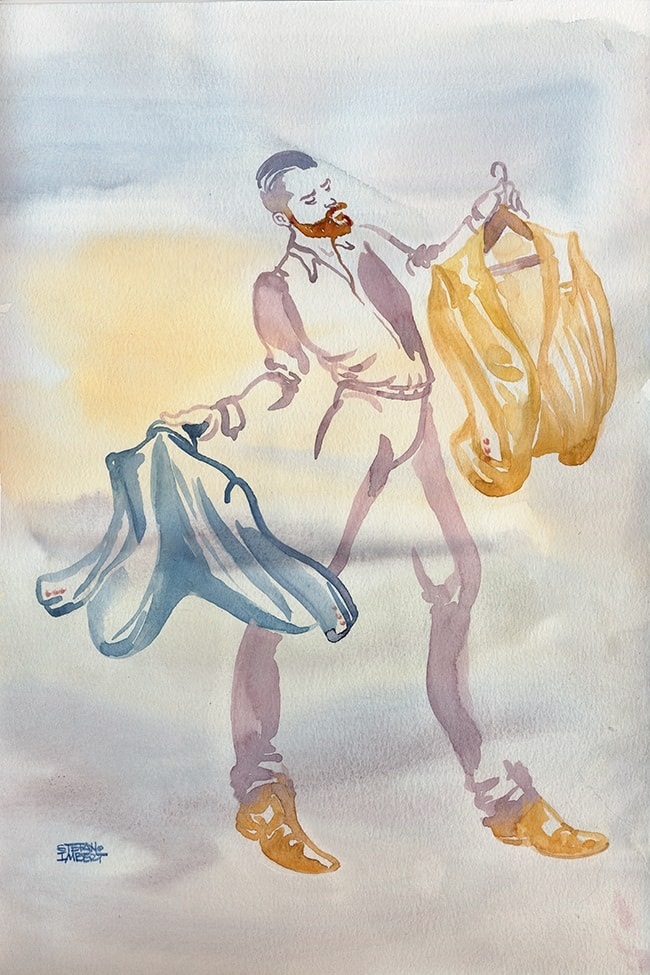 We’re not talking about a high-contrast, Burberry-like print. Rather, with all the pattern possibilities out there, checks are starting to look like the new texture: A subtle variation on a solid shade. The tonal juxtaposition adds a light pop of colour and, especially with windowpane checks, a bit of internal structure. As a result, simply by pairing a plaid blazer with a solid-colour Oxford and flat-front trousers, you come off as the most adventurous man in the room, even if you’re holding your breath about making a solid impression. While this piece, too, falls partially within statement territory, a few rules still exist. As mentioned above, go with light and subtle, with a small- to medium-sized check. If the pattern’s too large and too contrast-heavy, your blazer appears like high-end flannel. At the same time, fit plays an equally key part. As with your suit, anything patterned shouldn’t have too wide or too unstructured of a cut; otherwise, your formalwear takes on the appearance of pyjamas. Instead, go slimmer or add a few angles for definition. 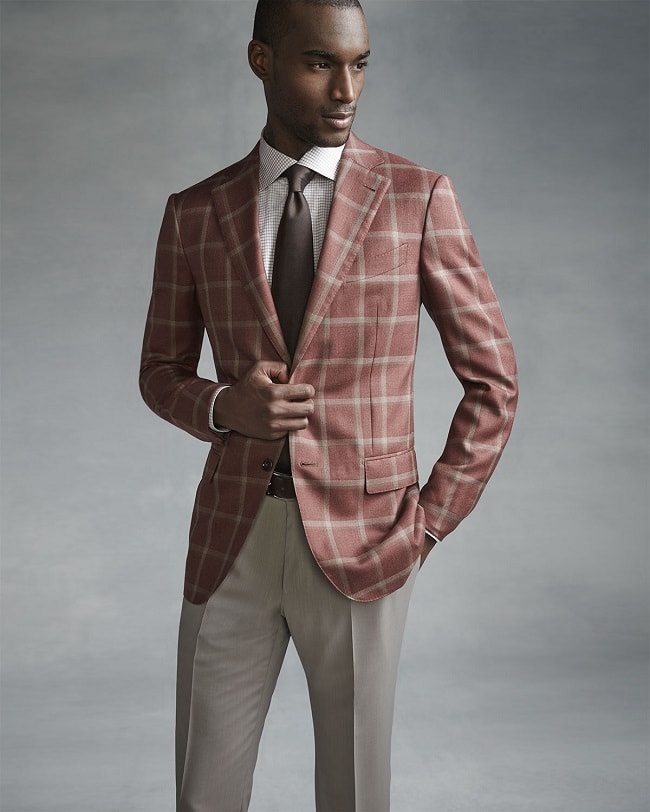 It’s the era of the revived party suit, but not everyone’s confident enough to do a head-to-toe pattern. So, this is where what’s being called the 'fashion jacket' comes in. Pretty much, you’ve got free reign of all those prints out there, assuming you know when and how to wear this blazer. One, it’s for those occasions when a patterned bomber just won’t do: Think Christmas and graduation parties, club nights with a strict dress code, New Year’s Eve, cocktail parties, and wedding receptions – essentially, any occasion involving some degree of celebration. But, you’ve got to approach it carefully: Avoid clashes with the rest of your outfit, and keep it slim and structured. From here, it’s completely your vision and direction. 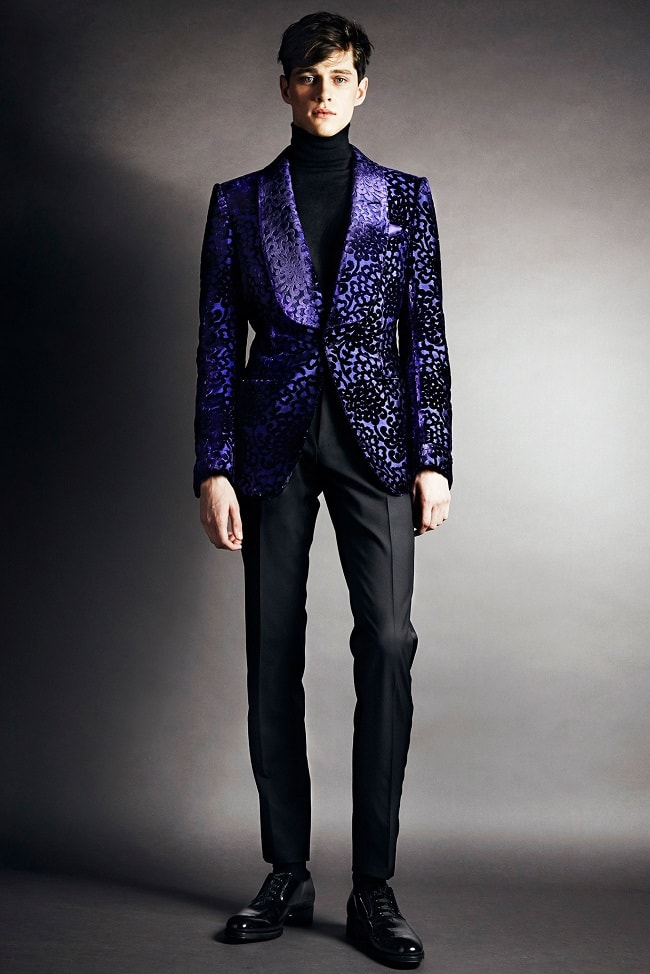 How many blazers do you have in your wardrobe? #style