STRIKING LOOKS AND THOUGHTFUL FUNCTIONALITY FOR A FRESH LOOK 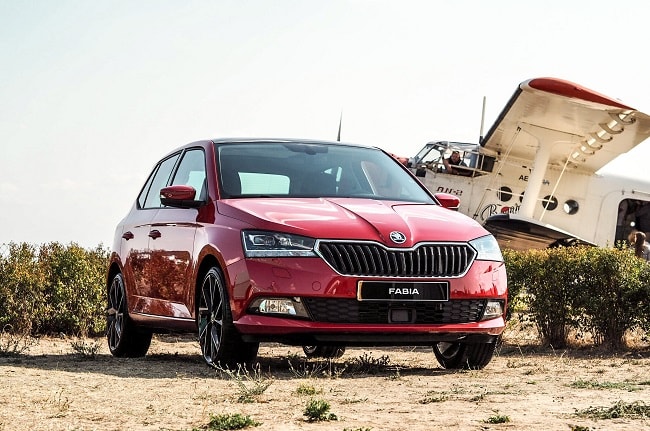 SKODA have just launched a new facelift to its FABIA model and MenswearStyle were among the first to test drive it in their hometown of Prague this month. There’s much more to this car brand than you might already know and let’s start off with a lesson in pronouncing it. If you do your best Sean Connery impression (really emphasise that ‘Shh’ at the beginning) then you’ll be pretty much spot on. Another great fact is that the Czechs really do love their SKODA; when I arrived at the airport I couldn’t quite believe the amount of SKODA cars in the taxi rank.

I assumed SKODA had a special deal to supply all taxis for the city, but it was simply a coincidence and a true reflection of how many SKODAS there are there. In the UK they have 3–3.5% of the market whereas in the Czech Republic they have a huge 1/3 of the market (I managed to get an unbroken streak of 15 SKODAS whilst driving down a single street to my hotel). Oh, and for those who think the logo is some sort of chicken; it’s actually a winged arrow. Anyway, I digress. We had kindly been invited alongside international media to stay with them for 3 days to experience and learn about the present and rich history of the brand and their new FABIA facelift models in particular. 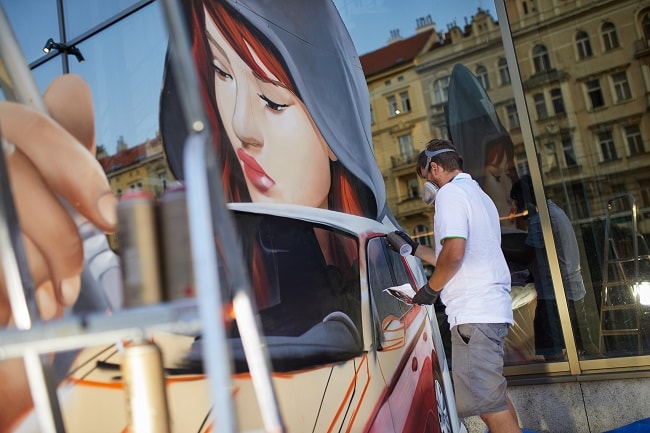 The first stop on our action-packed tour was the Skoda Auto DigiLab which gave me some serious office envy. This is where they develop entirely new mobility solutions for their customers. Here we were schooled by the experts on all the innovations currently in operation and planned for the future. They’re using artificial intelligence to learn about our daily movement habits for example. After a quick question of ‘how many of you own your own car’ which saw only half the room respond, its clear that the times of carpooling and car sharing is nearing. After all, why do we buy a car and only use it for a small percentage of the day anyway? Our cars spend the vast majority of their lives parked up and end up costing us money when they could be making money. 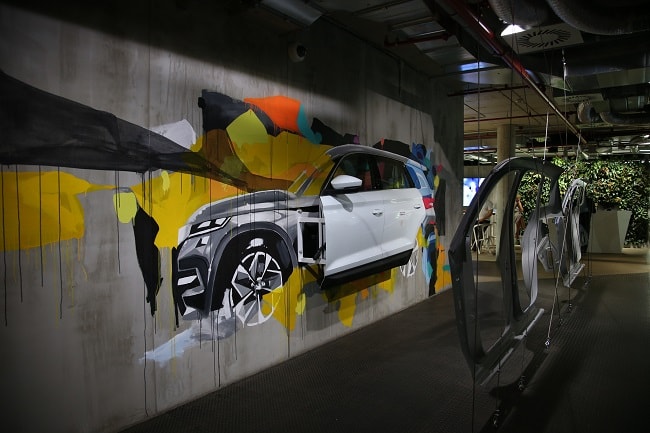 The flexibility of being able to order various sized vehicles when we want them and for the number of hours we need them is certainly appealing. I can see how the SKODA FABIA will be an appealing sized urban car for when this industry is in full flow. With this in mind, I was impressed with a partner company that spoke to our group called HoppyGo which is an app-based service which allows car owners to make money from their vehicle when it’s not being used by enable other drivers to use it for a certain time-frame in return for a fixed fee. Just like how Airbnb has made turning our homes into accommodation normal, I can now see how letting complete strangers drive our cars will also be the norm very soon. 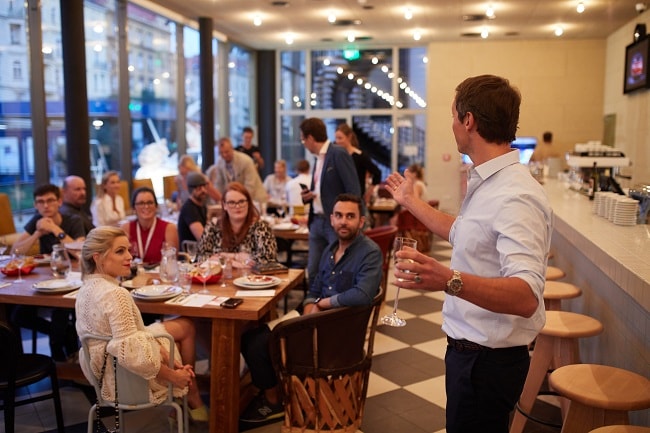 We then drove to the SKODA Auto Museum in Mladá Boleslav where we got to see the car manufactures’ rich history which stretches back over 100 years. I had an image of big square tin cans on wheels, but I was so so wrong. SKODA have made such beautiful classic cars across their long history. They have made race winning motorbikes and rally cars too. In fact, they once got to the finish line of a motorbike race before the referees did and was unfairly disqualified. After our tour of the museum we were driven in a selection of stunning SKODA classics to the Aviation Museum nearby to see a number of historic aircraft and to fly in an AN2 Colt (no proper seats, nothing to hold onto and the pilots were wearing flip-flops) which was an incredible experience. From high in the sky we were able to get a sense of scale of the SKODA production facilities adjacent to the museum. 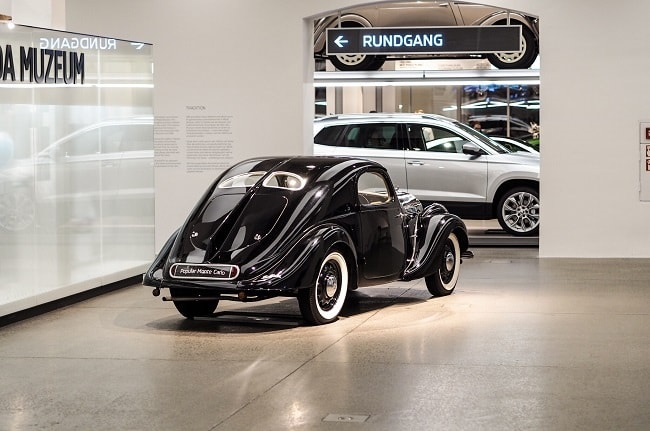 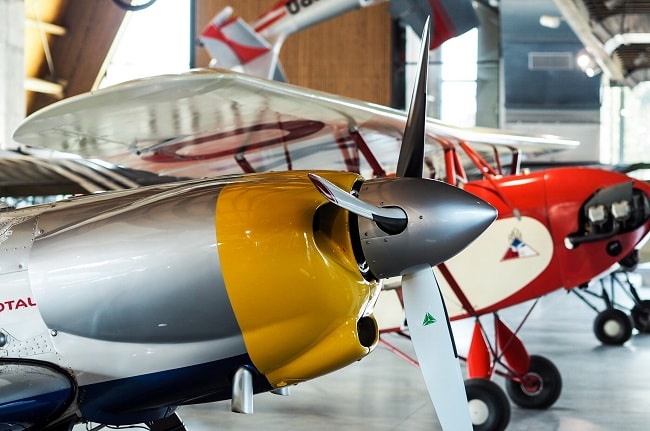 The final day of our trip was free for us to simply explore Prague in our own taste. Our plan was to see a few of the sites but then head out to some quieter roads. Four years after the launch of the third generation, this small car has been comprehensively updated. Inside, a newly designed instrument cluster and a new seat upholstery provide fresh visual highlights. Front and rear LED lights as well as 18-inch alloy wheels for the hatchback variant are available for the first time. In addition, SKODA has expanded the range of driver assistance systems and Simply Clever features. I had the pleasure of driving the Monte Carlo model which has a new carbon-look dashboard décor, carbon leather seats and modified rear diffuser. 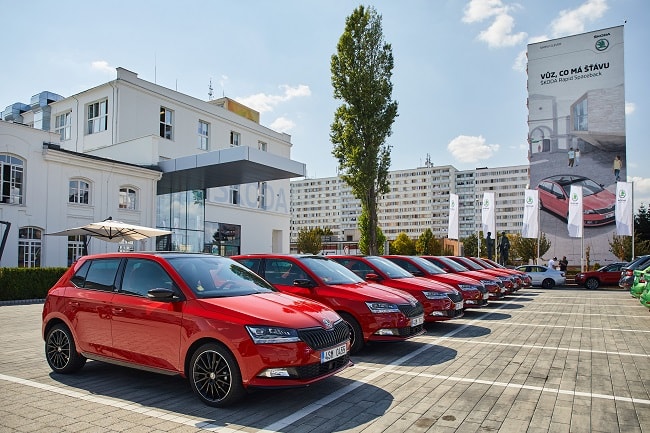 The Blind Spot Detect certainly came in handy, especially driving in the centre of Prague where cars share roads with trams. After testing the urban environment in central Prague, I headed out into the countryside for a more enjoyable drive through the hills and forests. For a small car there’s plenty of boot space for luggage and shopping and the rear seats don’t feel cramped either. I particularly like the new two-tone design option which gives the car more personality and a sportier look. The SKODA FABIA is a nippy car with great handling and overall, with its fresh look, bold new design and robust safety features, I believe it’s going to as popular as ever here in the UK. Especially once drivers realise the correct way to say "SHHKODA." 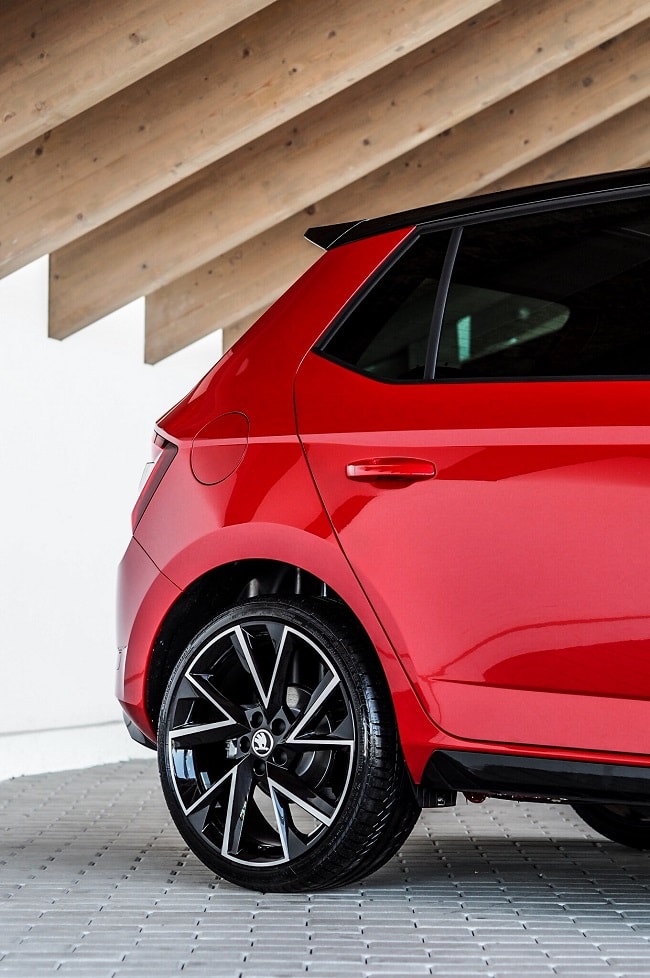 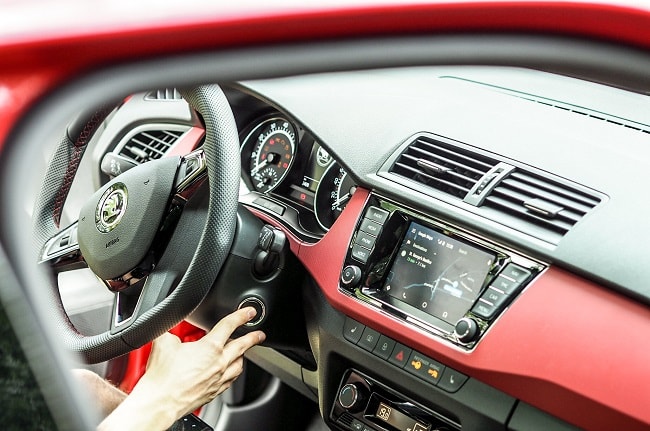 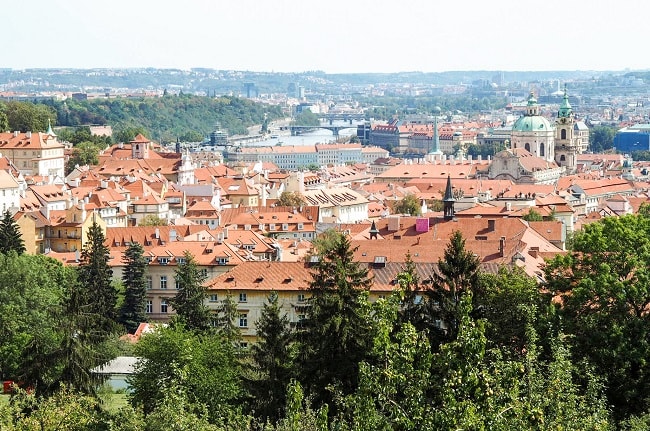