A LUXURY STAY WITH BREATHTAKING VIEWS AND ITS OWN BEE TEAM 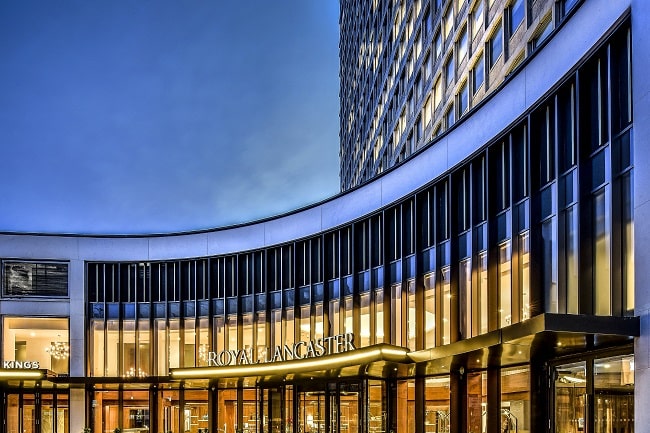 Just last year Royal Lancaster London unveiled its brand-new design following an £80 million renovation. The prestigious hotel overlooking Hyde Park has been completely transformed both internally and externally. With the opening of its opulent new entrance, the mid-century icon reinstated its original name ‘Royal Lancaster London’. The entire frontage of the hotel has been remodelled and the exterior architecture now features a dramatic 8-metre high glazed façade revealing an impressive double-height reception space. The showpiece of the lobby is a palatial sweeping staircase made of 300 square metres of white Carrara marble which wraps around to the first floor.

The redesign of the towering 18-storey hotel encompasses the complete refurbishment of all 411 guestrooms and suites. Every guestroom has a far-reaching view across London, and the modern design emphasises these premium vistas. We instantly noticed the connection with bees and beekeeping whilst in the lobby since a lot of the interior decorations and sculptures make reference to them e.g. the giant honeycomb lighting seen across the lobby areas. 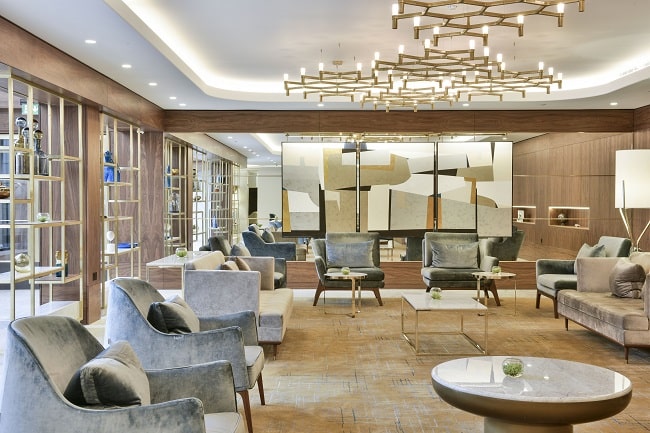 In 2009, half a million honey bees checked in to Royal Lancaster London, making it the first central London hotel to install beehives on its roof. The hotel introduced the beehives due to the sharp decline in honey bees, which is having a serious effect on food production around the world. The hotel’s 'Bee Team' care for the bees and collect the 140kg of honey produced every year. Guests at the hotel are treated to the honey in the hotel’s chic restaurant, Island Grill, as well as on the breakfast and dessert menus and in bespoke cocktails in Hyde Lobby Bar. 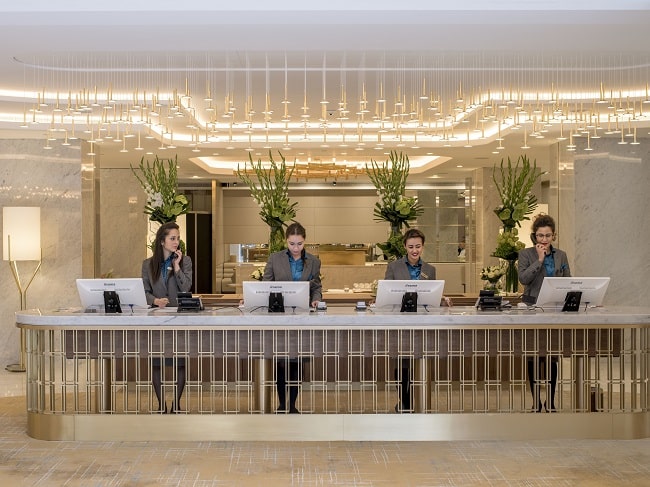 Upon entering the room, we were blown away by the view. We’re familiar with the cityscape seen from Primrose Hill and Parliament Hill, but this is like seeing London from a whole new perspective. It feels like you’re far removed from the city, yet the hotel is a short walk to Marble Arch. The bathroom features waterfall showers and under floor heating and the toiletries are by The White Company. At the desk in each room there’s a smart phone named 'Handy' with internet data for guest to use and to take with them whilst visiting the sights of London. The Paddington Bear gift for our daughter was a very nice touch too. 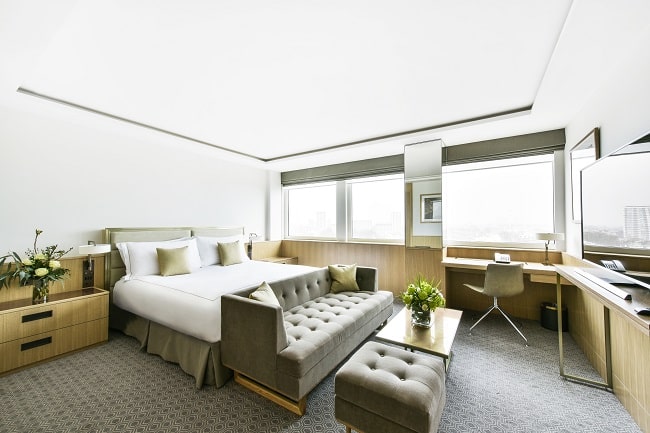 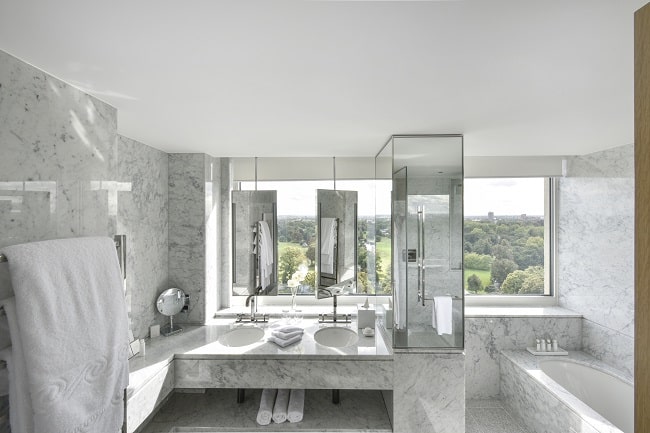 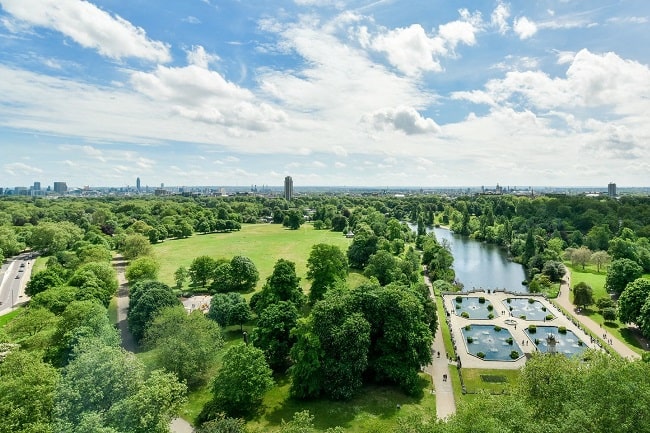 The Hyde Lobby Bar is stylish and sophisticated, and is set to become one of the most exciting additions to London’s drinking and dining scene. Royal Lancaster London has been the talk of the town following its big renovation. We were excited to try a few of their delicious cocktails such as The Great Gats-bee (see what they did there?) which is a nod to the London Honey Show which they’ve hosted since 2011. We also tried The Italian Job cocktail which is themed around the famous 1968 film featuring Sir Michael Caine and three famous Mini-coopers which had scenes filmed in front of the hotel. 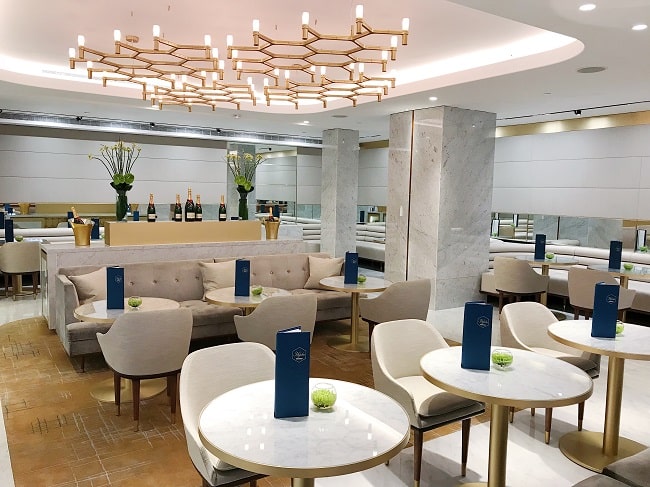 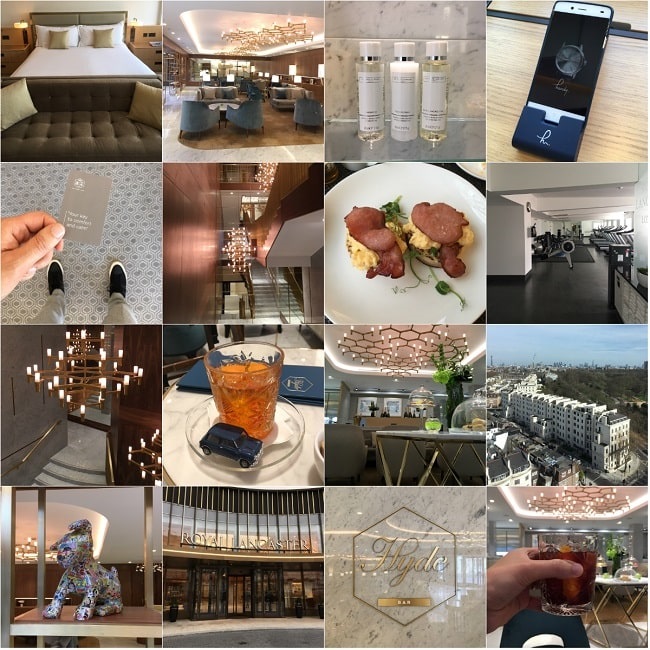