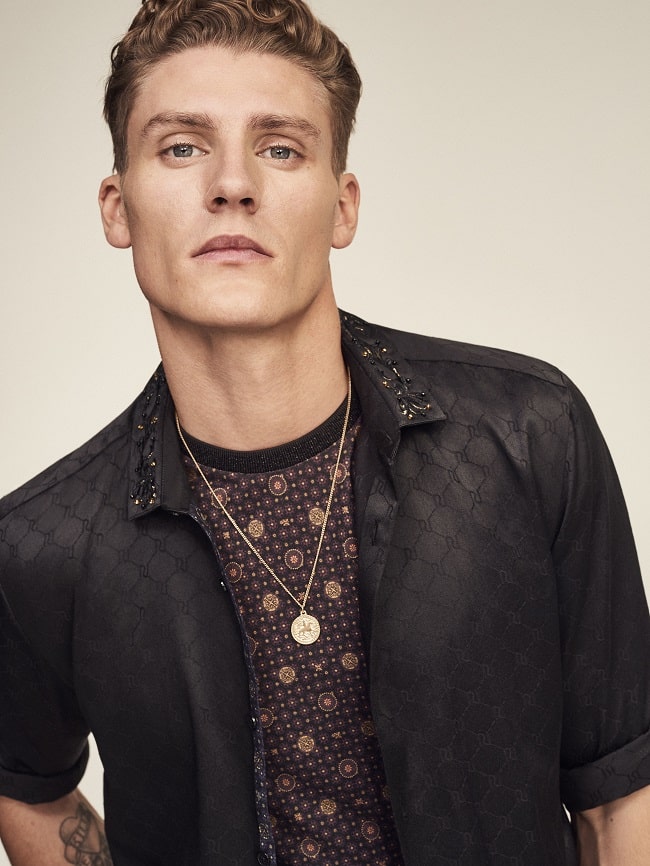 Did you know that River Island was established in 1988? It is certainly worthy of applause that this London-based British brand has been going for so long and this year they celebrate a highly successful 30 years in the industry. The Lewis family, particularly Bernard Lewis, started their journey with their eponymous stores (Lewis Separates) which developed into a range of boutiques, including the well-known Chelsea Girl and Concept Man, but later finally decided on the name of River Island for their family-owned business.

There is a fascinating story behind the Lewis family, one which starts from scratch with Bernard working in his parents greengrocer’s shop at the age of nine to later selling clothing in the 1940s. His passion for business and retail grew into what is now one of the leading high street retailers in the country with his nephew, Ben, now taking the reins beside him. The River Island aspect of their business actually started as a standalone menswear store in Exeter in 1988. 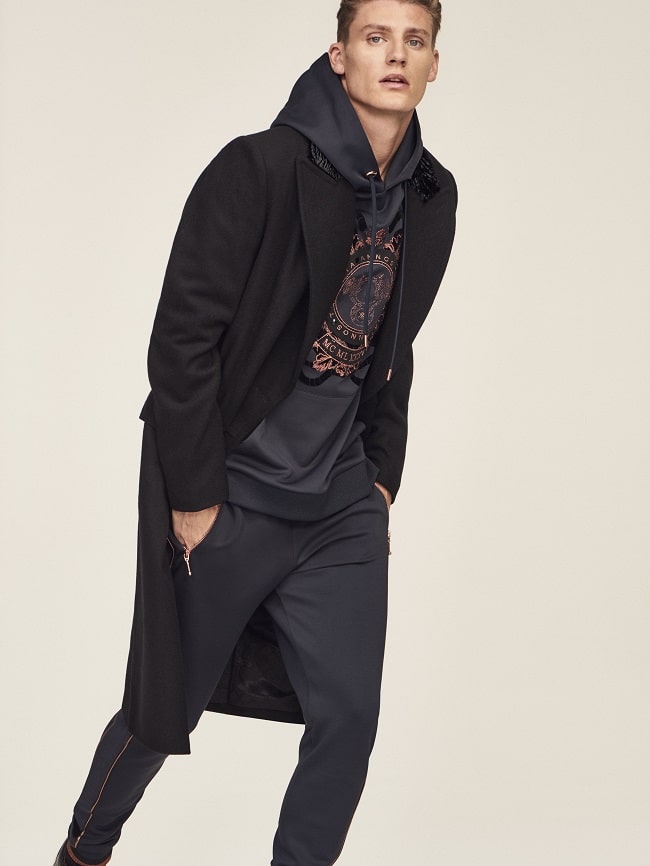 It took off with a flying start that then lead to testing the waters with introducing womenswear. To celebrate their 30 years, River Island started off the year with the clever campaign ‘Labels Are for Clothes’ which heavily focused on positive people and recognised individuality and diversity. The campaign featured people of all shapes and sizes alongside gender fluid and ethically and age diverse models with the aim to reject the idea of labelling people and just label clothes. River Island appeals to such a broad spectrum of customers due to their variety of clothing and this campaign reached out even further. To continue the anniversary celebrations, on 30th August the brand launched a limited edition capsule collection. 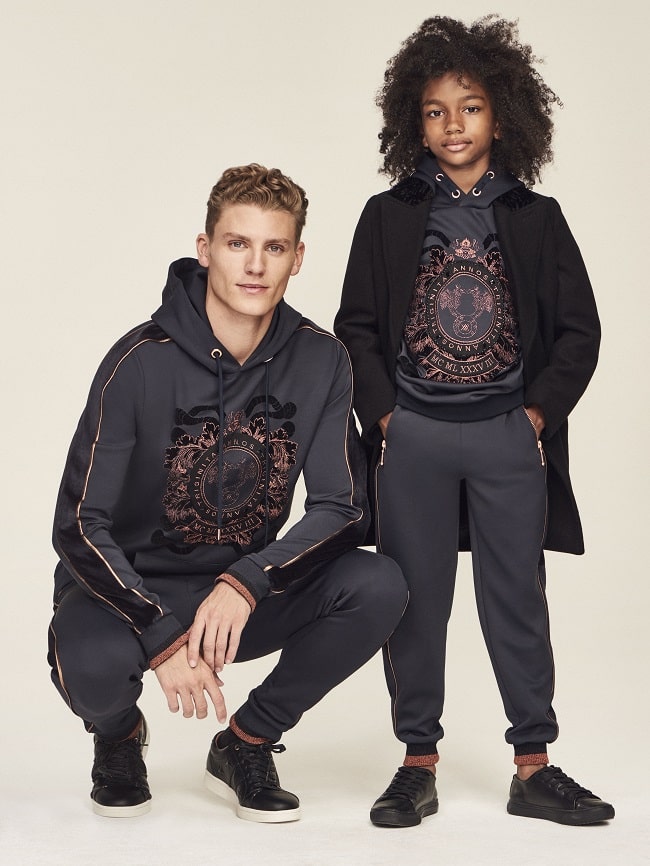 This strong collection primarily embodies the rich heritage of River Island with 90 pieces for men, women and children. For the men, there are 18 pieces to choose from which includes clothing, accessories and footwear. With currently over 70 designers working for the brand, it has all been created in-house and you can expect to see premium party items as well as day-to-night clothing. At a first glance, it is apparent they have focused on a luxe look with baroque printed shirts and detailed jackets and embroidered hoodies; all produced in dark, high-end materials. The palette consists mainly of black, charcoal and petrol blue with hints of deep burgundy, gold and bronze. 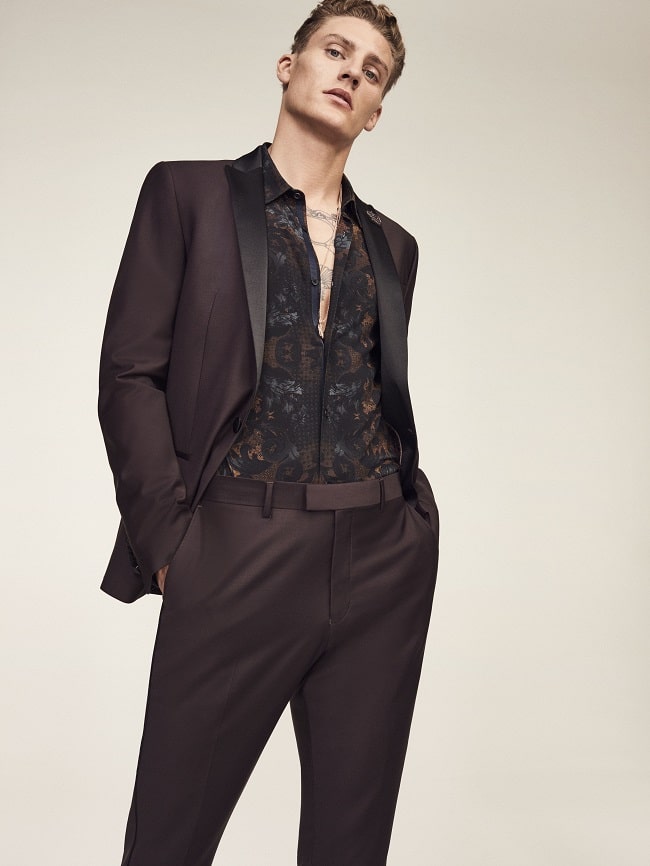 This brings an air of sophistication, particularly with the slim-fit tailored trousers, leather Chelsea boots and a smart double-breasted black coat, which has been styled with a hoodie layered underneath for a more informal look. Two pieces which standout, and are the more pricier items in the collection, are the extremely soft cropped suede maroon bomber jacket and 100% leather black biker jacket with asymmetric zip front fastening. These two jackets will make a great statement going into the Autumn and can be worn casually with denim and a simple t-shirt during the day and then easily into the evening, for a special occasion, possibly over a pair of suit trousers and shirt underneath. 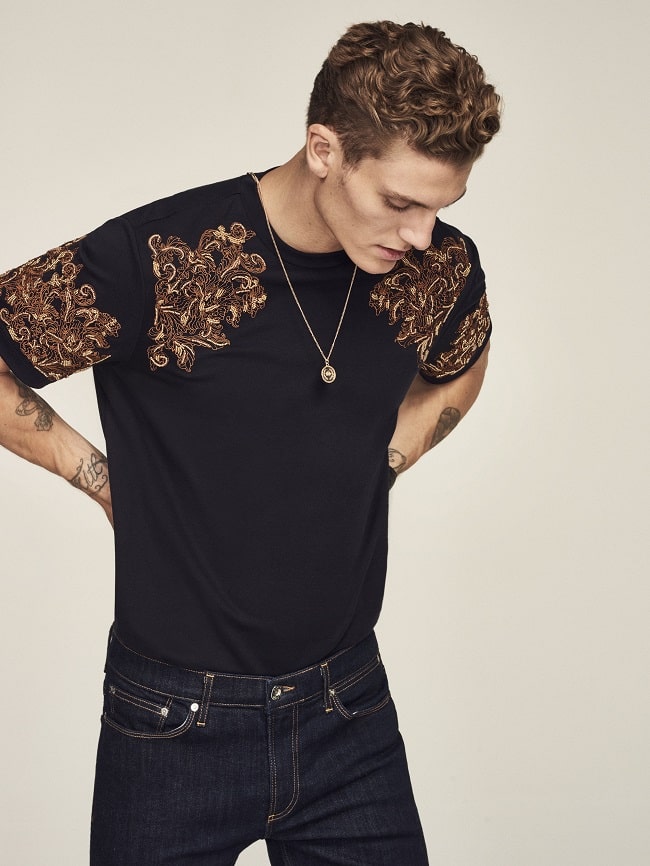 It is clear this collection is for those who want to look ‘the part’ and if you welcome a rock n’ roll vibe in your wardrobe, this will definitely appeal to you. As River Island are so well-known for their accessible price point, the pieces are all extremely reasonable and range from £25 to £250. It is this, along with trend-driven designs and quality materials that has made River Island the continuing success that it is today. Still involved in the business, Bernard Lewis says, “After thirty years, I’m proud to see River Island still standing at the forefront of the British fashion industry. 2018 heralds an exciting milestone in our company’s history and distilling the essence of River Island’s identity into clothing; the very lifeblood of the brand, is a fitting celebration of our heritage.” You can join in with the 30-year anniversary by visiting a variety of their nationwide stores or purchasing online now. 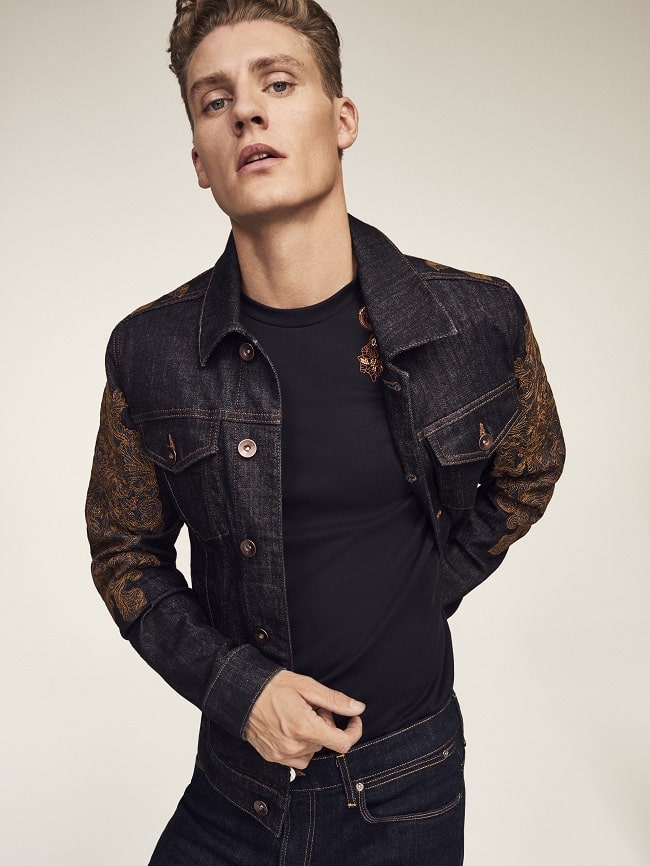 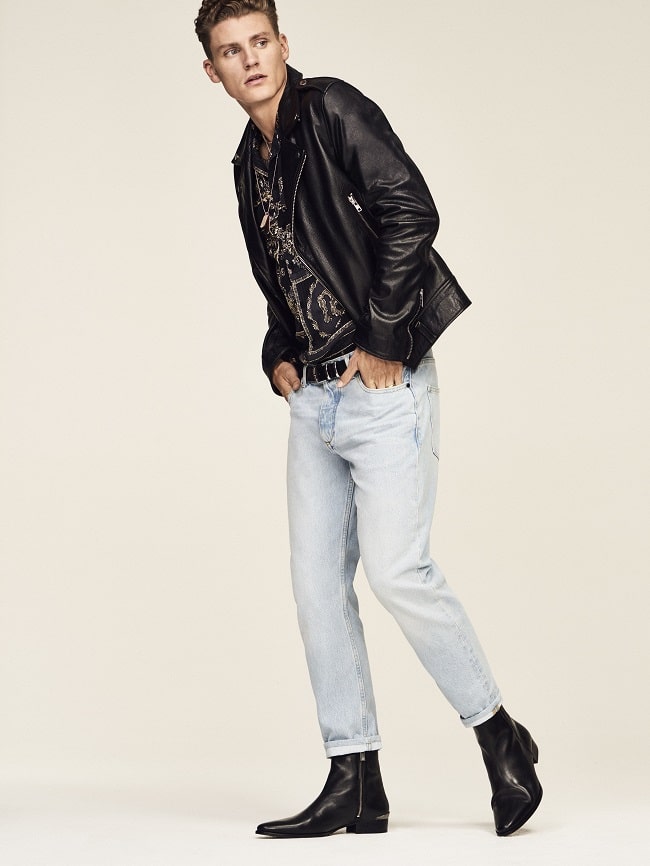 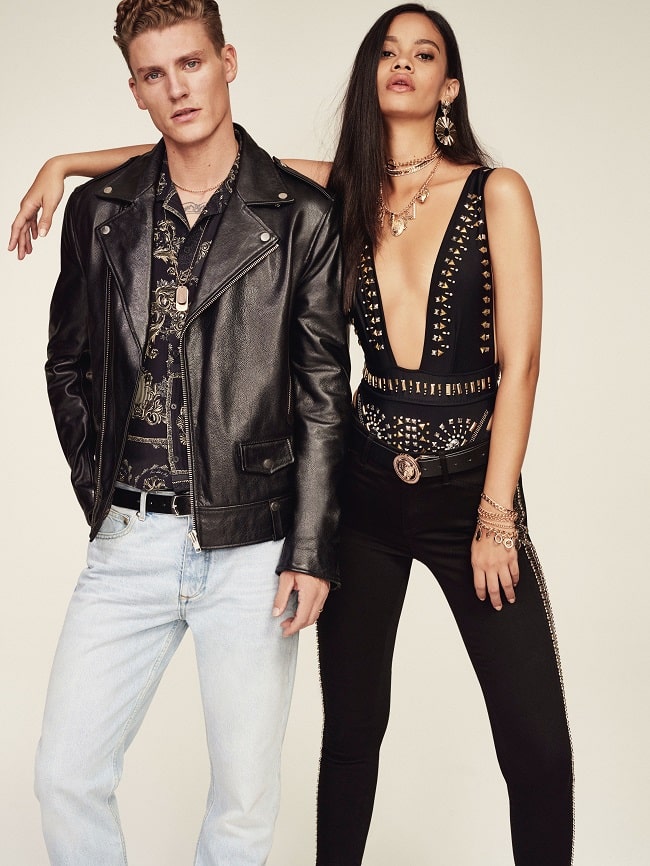 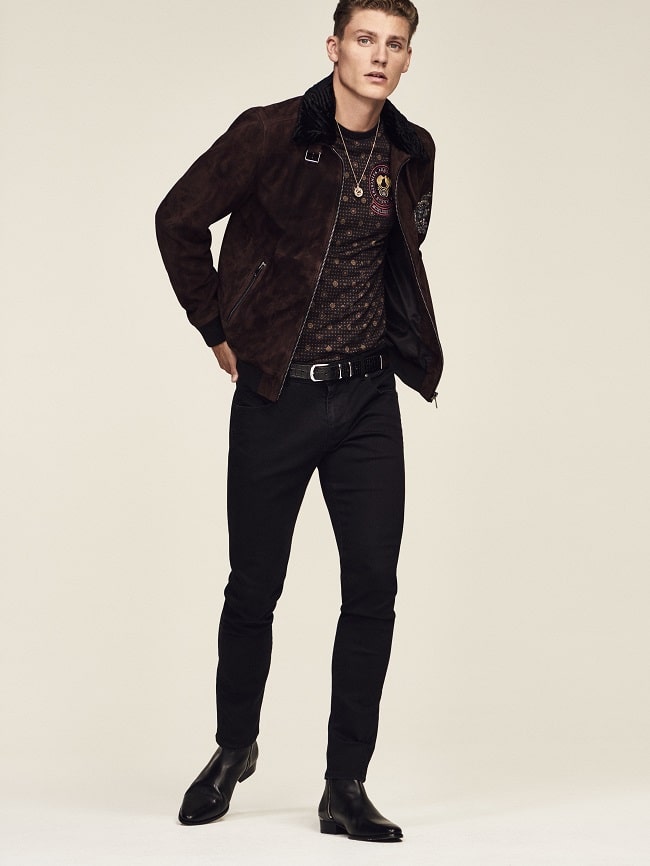