THE PARTY PIECE TAILORED FOR YOU 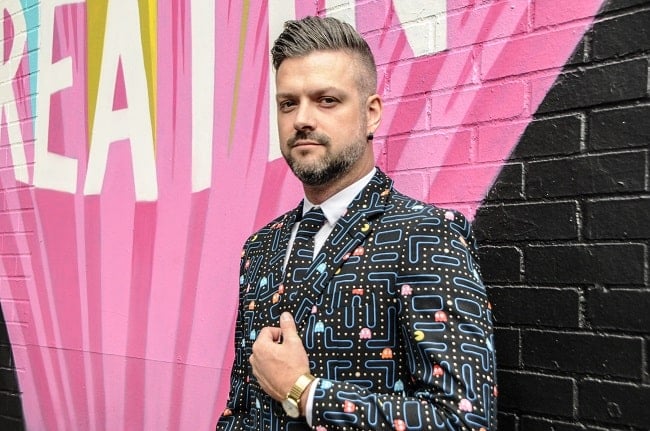 Where do you begin with OppoSuits? Maybe you begin in the early sixties with Tommy Nutter blowing through Savile Row with his flamboyant cuts; the shoulders of which were so wide people reportedly walked through doorways sideways. Perhaps even a century before with Beau Brummell, the original dandy whose legacy and style is still revered nearly 200 years later; His influence on expressionism through fashion has been commemorated with a statue at the north end of Jermyn Street (not bad for a guy who has never posted a single photo on Instagram).

By no means are OppoSuits of Savile Row quality. Nor do they claim to be either (they openly say 100% polyester on the box, and 200% amazing). Ostensibly, OppoSuits are the arbiters of everything that is novelty, trend and fashion. Their best-seller is an all over Pac-Man suit. Albeit comedic, there's a sense of knowing with OppoSuits. They're in on the joke, not the butt of it. In just six years OppoSuits have produced 100 designs and established themselves with clientele in over 50 countries. Their suits represent those who don’t take themselves too seriously, but still want to maintain a sense of style and personality. Let's not forget the very accessible prices under £75 too. 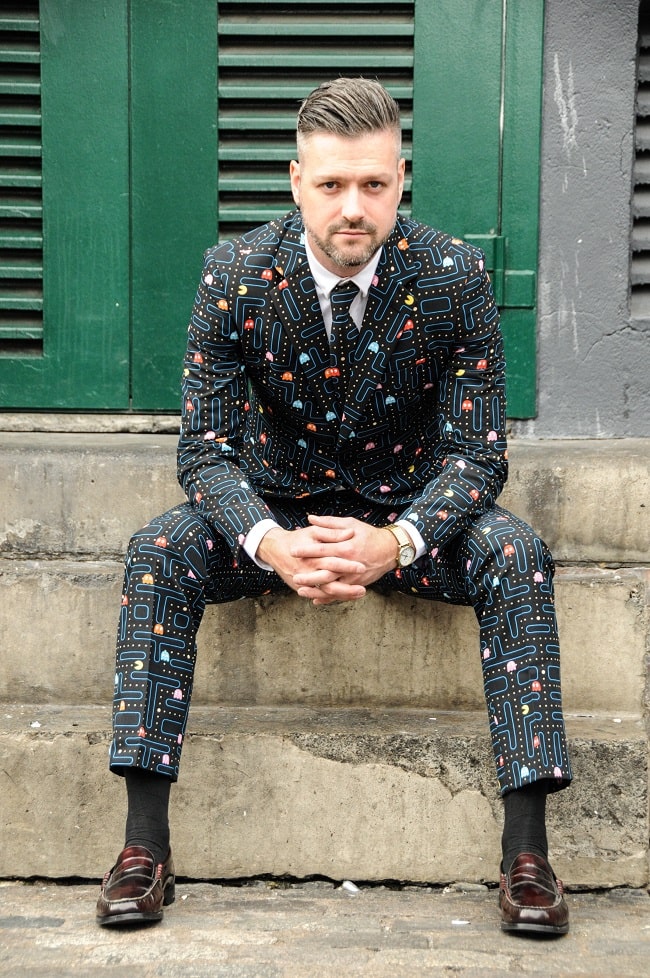 The king of arcade gaming, the little yellow man with the big mouth finally has his own suit. This Pac-Man suit was easily the most popular suit if passer-by reaction is a gauge. We had people shout out from office windows across East London, others stopping to hijack the shoot and get their photo (probably for Instagram). This Pac-Man suit had a better cut to the trouser, less fabric around the seat and calves (not entirely sure why, all three suits came in the same size. For the record Rob is a 6'1 and we ordered a UK size 40). 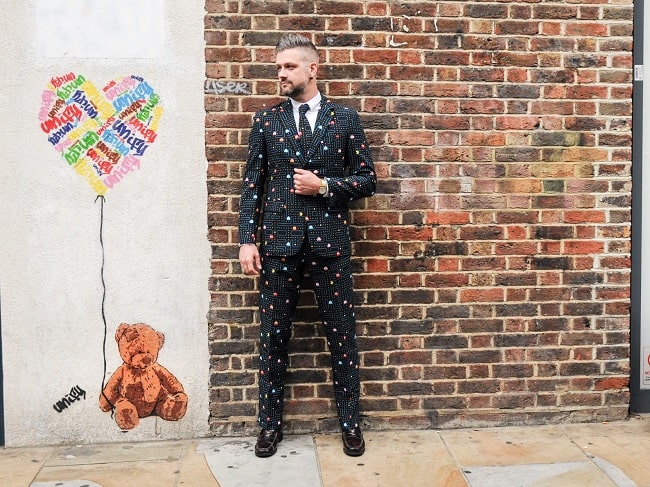 An ostentatious eye-catcher. A real haymaker. Paired with some winter biker boots and a beaming smile this will raise a few eyebrows at the party. Both Rob and I thought this had an element of punk-80s Madness about it. The Lumberjack Suit is part of their Christmas Suits collection which is why the plaid pattern and a glass of mulled Whisky in hand, sat by a log fire would make for a great look as we enter the festive season. 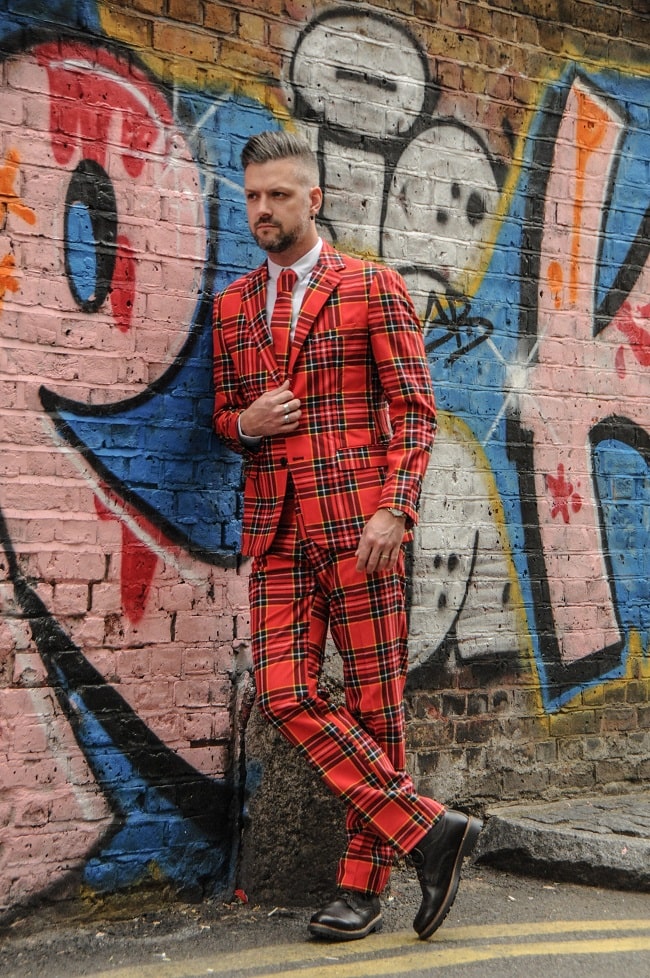 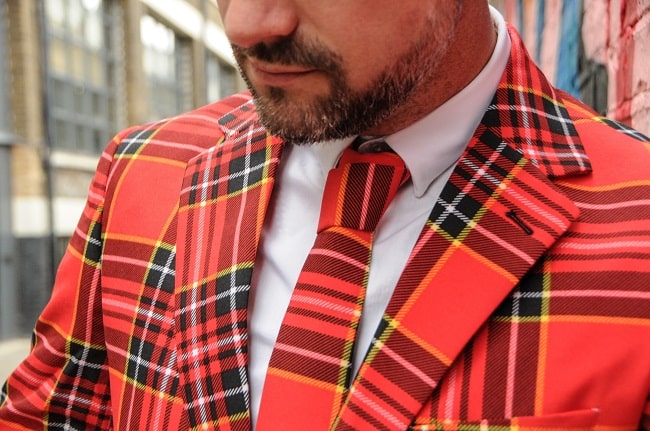 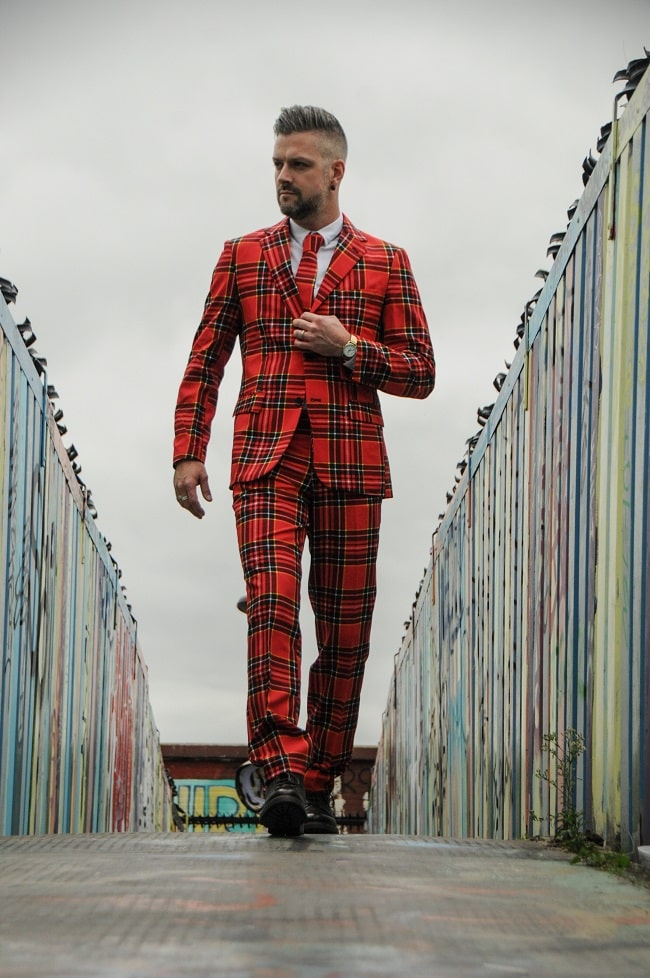 One thing to note is that these suits come in a box. A nice, neatly packaged box and the contents are a 2-piece suit and tie. The suit will need a press, especially The White Knight as creases are more evident on plain fabric. We paired this with a pair of black hi-shine wingtip brogues and black shirt to bring some contrast to the piece. It's up to you whether you're planning on keeping it clean or playing dirty. It's actually incredibly difficult to keep it white so maybe the game should be to see how dirty it is as a barometer to how good the previous night out was. 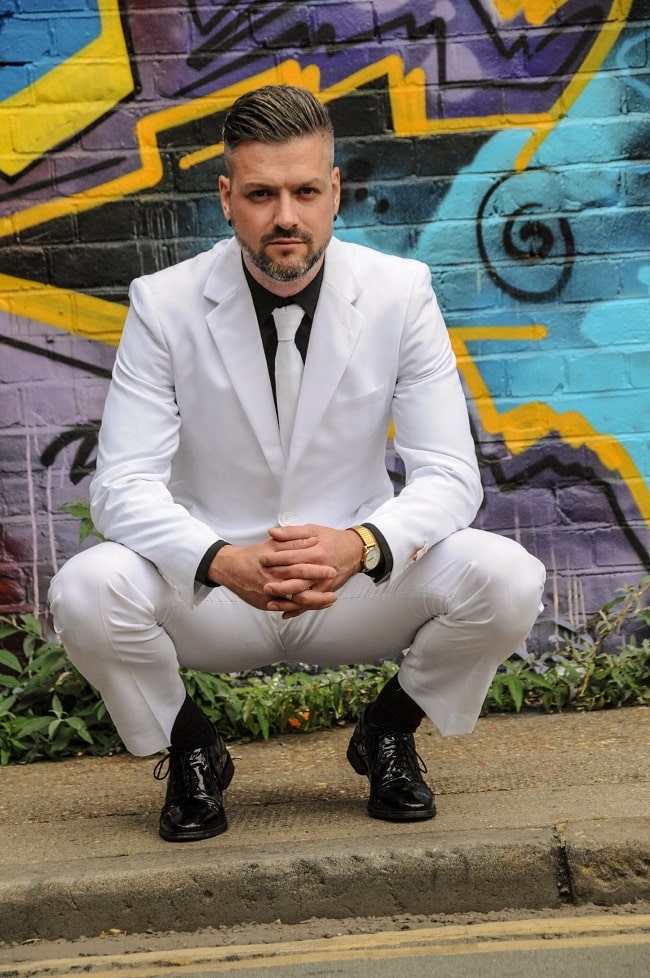 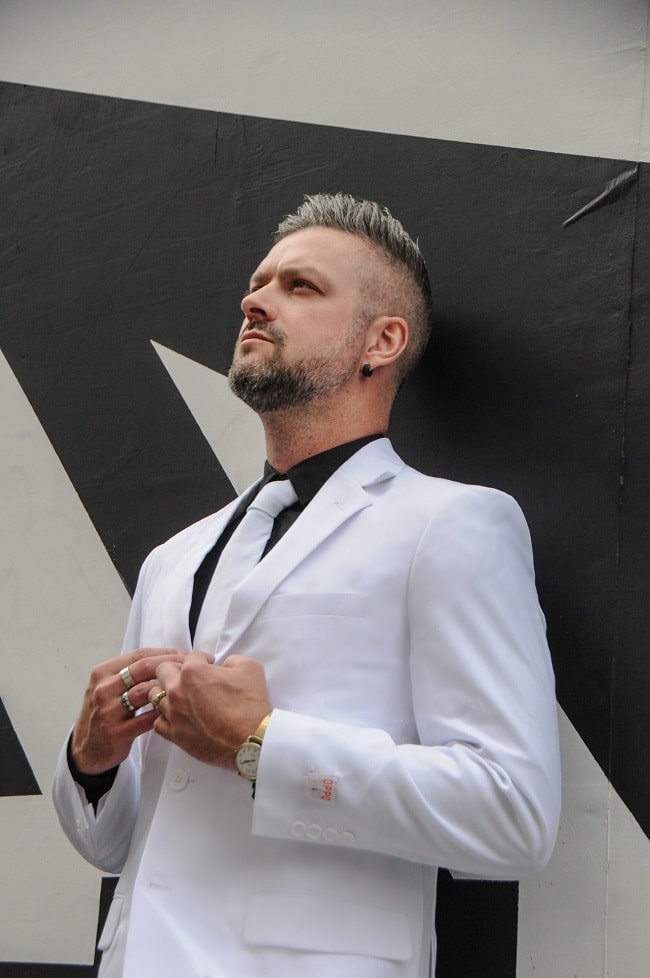 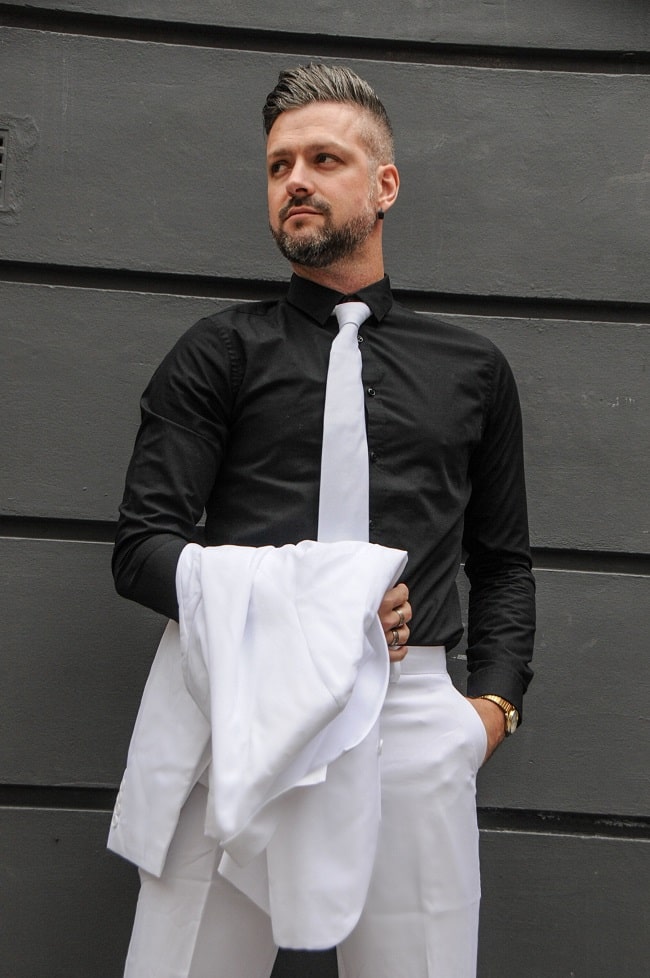 These OppoSuits do exactly what you ask. They're a conversation stimulator and a real head turner. They're perfectly functional, affordable and you'll certainly have a great time wearing them, whether on your own or with your squad.