5 BEAUTIFUL ITALIAN CITIES EVERYONE SHOULD VISIT 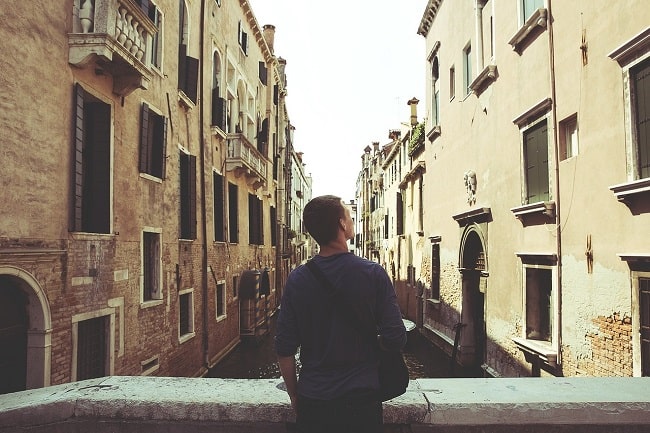 Ciao, Bella! Have you thought about visiting Italia? Sticking out into the Mediterranean, Italy has some of the most spectacular mountains and beaches, but its the cities that are most captivating. With architecture that goes back for thousands of years and some of the most beautiful buildings in the world, Italy’s cities are true bucket list material.

From Rome, the centre of one of the greatest empires in history to Milan, the home of fashion, Italy has something for everyone. Whether you are planning to stay in a hotel or fancy one of the luxury self-catering villas in Italy, any of these cities could be the best holiday you've ever had. 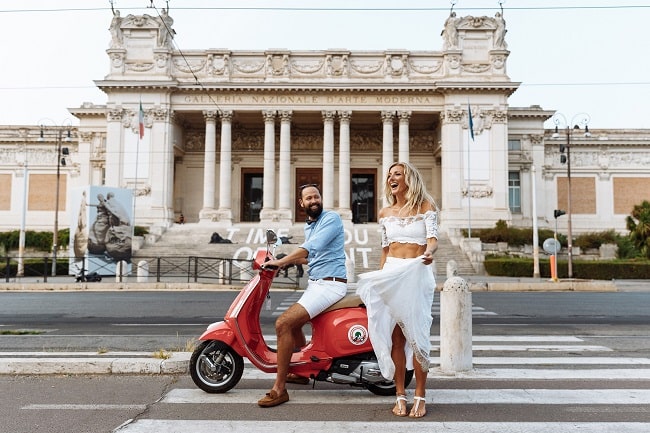 The capital of Italy, and once the capital of the world, Rome is full of historical significance. The Forum is certainly worth seeing with relics from the earliest days of the Roman Empire. The whole area has gone through extensive changes over the years but it is still possible to just about see where Romulus, mythical founder of Rome, is supposedly buried. Of course, just around the corner is the Colosseum where gladiators would do battle to the death. According to legend, the arena is built at the entrance to the underworld and the soul of the dead wander about at night; but ghost stories aside, this building is still incredible. It has been designated a UNESCO World Heritage site and has recently undergone a huge renovation to restore its natural colouring. The Pantheon is another building that must be high on your list. Architecture lovers will be amazed by the most incredible dome supported by a series of arches and culture vultures will love the innovative interior design. The building has been in continuous use since the 7th century which is why it is in such excellent condition but what it was originally built for is unclear. Pizza and pasta are obviously staples in the Roman diet but you should also give some more traditional Roman flavours a try. Bruschetta is a Roman dish which is popular around Italy but is particularly good in the capital. You must also try an ice cream in a brioche bun (coffee flavour is just perfection) while you wander around in the heat of the day. 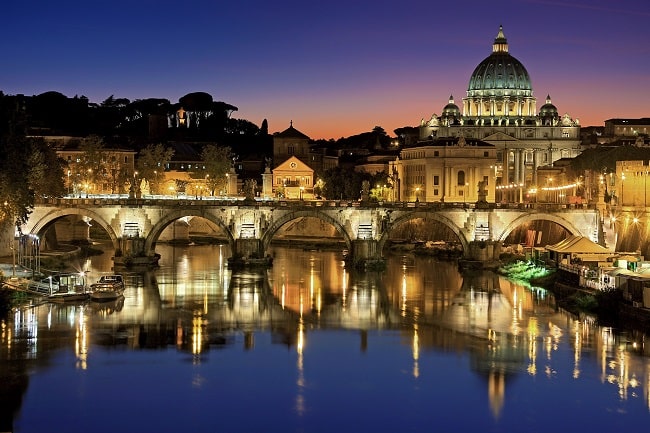 Shakespeare may never have visited Verona but his plays have definitely designated this city one of the most romantic places in the world. And, if this is one of the most romantic cities then Juliet’s Balcony is certainly one of the most romantic spots. For all that the balcony probably has nothing to do with Shakespeare’s story, it still attracts a lot of tourists and is an evocative place for many couples. Verona is an intriguing city, though. Like many Italian cities, it is choc full of ancient architecture and yet there is also a cool modern feel to this vibrant city. The food and shopping are magnets for younger tourists but everyone will find something to enjoy. Drop into any of the delis around town for some truly delicious bites or hang out in one of the wine bars. This is wine country, after all. If you fancy getting out of the city, the lakes are just a few miles away. Lake Garda is stunning with mountain scenery surrounding the calm waters. Bardolino is always a favourite with tourists looking for some authentic Bardolino red wine. But you could easily spend all day going between each of the towns along the shores. Take a brolly though, as those blue skies can suddenly turn and the rain is torrential! Italian opera is another excellent reason to visit Verona. Here, the Arena of Verona is the perfect space for some fabulous performances, especially during the annual opera festival. This Roman-built amphitheatre comfortably seats 15000 and once darkness has fallen, guests are given candles to lit the theatre. The stone steps are much cheaper but you may want to think about bringing a small cushion to sit on! 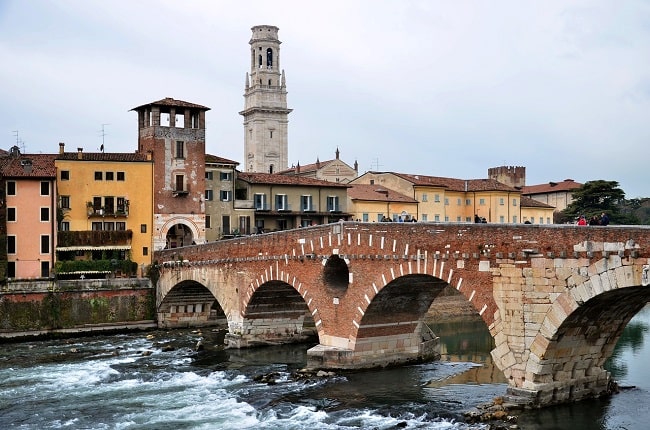 Known as the Floating City, or City of Water, Venice is a complex city built across 118 tiny islands in the northeast corner of Italy. The canals and bridges are what make Venice such a distinctive town and you really haven’t done Venice until you have been on a gondola. La Biennale is one of the most spectacular festivals hosted in Venice and it celebrates music, architecture and the arts, alternating each year to focus on different things. The festival has been running for 123 years and has always been at the cutting edge of contemporary design and art. But the best known festival is probably the Carnevale di Venezia. This is the party of the year, similar to Mardi Gras, seeing revellers dressed up for traditional masked balls and other events around the city. Everyone is welcome and there are plenty of events to tempt you out. Don’t miss the regatas and parades that begin the festival and enjoy the Venetian foods on offer. If you are a Hemingway fan, Burano is where he wrote Across the River and Into the Trees but the Locanda Hotel is where most of the action happened. It might be exclusive, but this hotel is just a few minutes from St Mark’s Square. It is rumoured that this is the place to go for the best Bellini in town and was Hemingway’s drink of choice while he was here. It would be rude not to… 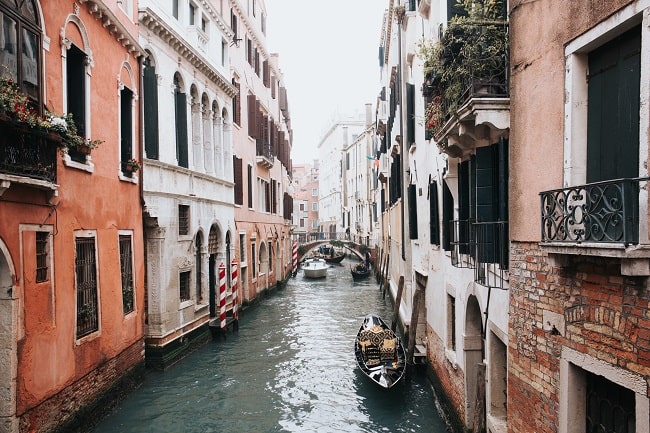 Italy’s second city, Milan is the financial centre and is the third largest economy in Europe after London and Paris but it is best known for its fashion. Milan fashion week is the largest in terms of revenue in the world and, frankly, who wouldn’t want to stroll these beautiful streets looking Italian? Once again, the architecture of this city is a huge draw. Milan Cathedral, or Duomo Milano as it is known locally, is the feat of 600 years construction. The intricate design is astonishing to look at and with so many towers and statues to look at, you are sure to be here for a while just taking it all in. But don’t stay outside, the inside is just as unbelievable! The stained glass takes on a new level of beauty and there are even more statues and artworks to marvel at here too. Of course, if you are looking for something to blow you away then the Leonardo da Vinci National Museum of Science and Technology is definitely for you. Da Vinci was an artist for sure but his genius shone through in his inventions and designs. Here, prototypes have been created using some of his blueprints showing just how feasible (or not!) his ideas were. 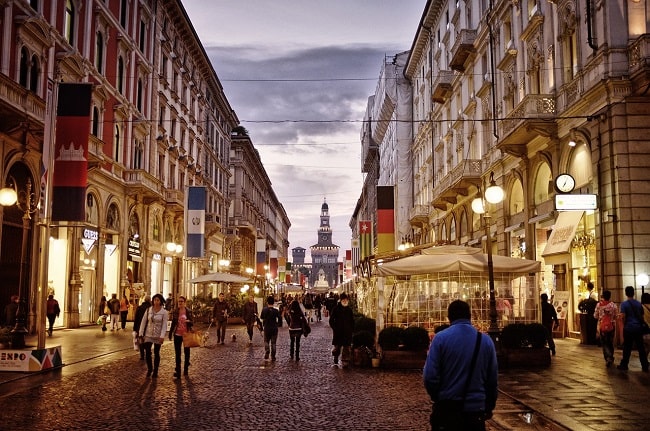 Famous for Pizza Napoli, the Mafia and ideally located for day trips to Vesuvius and Pompeii, Naples is as unexpected as it is magnificent. There is a great energy to this city and whether you are drawn here by the museums, the arts or just to try the best coffee in the world, Naples is sure to give you a boost. The Ruins of Pompeii is one of the great discoveries of Ancient Rome we have, showing how the people lived and died. Here, their homes have been preserved and you can even see plaster casts of some of the people who died in the tragic volcano explosion AD 79. Walking around Pompeii is a surreal experience, especially with Vesuvius always looming on the horizon. However, if you are interested in seeing the mosaics, you should definitely visit the Museo Archeologico Nazionale. This is where most of the Pompeii mosaics are displayed along with other artefacts from the same era. There is plenty to see here including the Farnese collection and the Villa of Papyri. Naples is the home of pizza and if you are going to learn anywhere, then you should definitely learn here. The trick is using a higher temperature in the oven and reducing the cooking time to get the perfect finish. Though the simple mozzarella, tomato base and basil is the signature here, there are all kinds of variations you could try at home such as fig, gorgonzola and walnut. 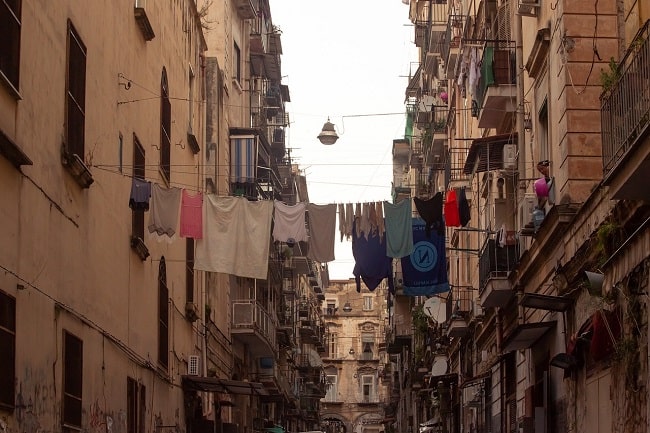 No matter where you go or what you choose to go and see in any of these Italian cities, you are certain to learn a lot. Even if you are to simply lie in the sun on a beach for two weeks, you are bound to receive an education in what makes food so amazing and how you can introduce new ingredients into your own cooking. If the Romans did anything for us (you know, aside from the basics like roads, central heating and the concept of hygiene), then they showed just how innovative thought can change the world. And what’s better is that in every single Italian city, this still rings true.