THE ONLY MENSWEAR PODCAST SHOWS YOU NEED TO DOWNLOAD 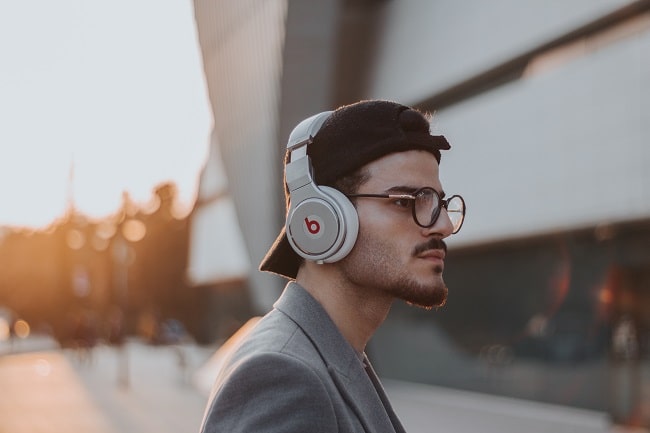 The podcast has now entered mainstream here in the UK. As you commute to work on public transport you’ve probably seen a sea of people wearing over-ear headphones, and these people are not listening to music, but most probably spoken word. The rebirth of the podcast was thanks to Serial a few years ago which caught everyone’s imagination and made people realise just how gripping, exciting and convenient this media format can be. Since then, there’s been a huge rush of brands bringing out podcasts and we’re big fans too. Here we bring you the best men’s fashion podcasts worth listening to.

An indispensable podcast of fashion, style and ideas from i-D. All the latest trends, chit-chat and surprises galore. In one of their more recent episodes they discuss the birth of the straight up photography style, one that uses head-to-toe portraits to capture people in both real and imaginary situations. They hear from Steve Johnston, the photographer whose images of punks on the King’s Road became the catalyst for street style photography as we know it. And they learn how Steve’s original straight ups went on to form the basis of a little known magazine called i-D, a hand-stapled fanzine founded by Terry Jones in 1980.

A podcast exploring the world of fashion with the personalities that shape it. Each week, founder Jeremy Kirkland speaks with a different guest about their personal journey through their career and outlook on the future. In his most recent Blamo! episode he speaks to The Sartorialist, Scott Schuman. Scott and and Jeremy discuss the origins of The Sartorialist, the importance of a creative voice and how he’s continued to evolve his work outside of Fashion. 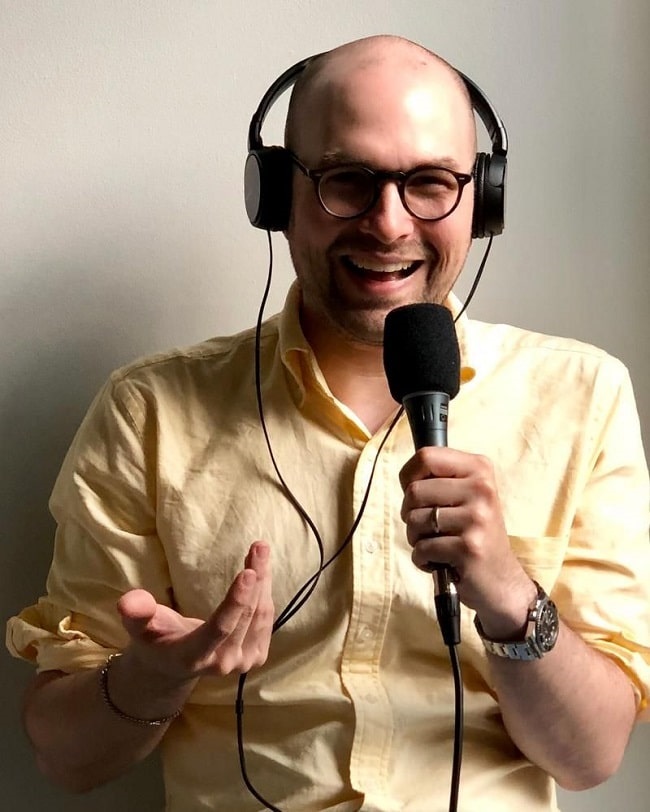 The Highsnobiety Podcast covers the best in sneakers, street culture, and men's fashion. Their flagship shows are The Dropcast, a weekly wrap-up of Highsnobiety's most notable headlines and new releases, and Conversations which is an intimate, off-the-cuff interviews with some of our world's leading creatives. In their most recent episode Hosts Noah Thomas and Jian DeLeon are joined by Venus X. They talk about some of the week's newest releases and recently revealed collaborations, including the Versace Apple sneaker homage designed by Salehe Bembury.

The MenswearStyle Podcast is hosted by Lifestyle Editor Peter Brooker who speaks to some of the most innovative organisations and truly inspiring influencers within the industry. In their most recent episode they are joined by Luca Faloni of the eponymously titled, Luca Faloni, a timeless Italian direct to consumer menswear brand known for their linen and cashmere menswear. They talk about what the vital components are for setting up a clothing brand with both eCommerce and retail presence based in London.

Driving culture forward, HYPEBEAST Radio is a platform for creatives to discuss their journey towards success, lessons learned along the way and thoughts on the state of culture in realtime. In a recent episode they speak to Erik Fagerlind and Peter Jansson, the founders of Stockholm-based international footwear and streetwear boutique Sneakersnstuff. Approaching their 20th year in business, the two veteran sneakerheads have built one of the most respected boutiques in the world, reinterpreting American and European sneaker culture through a pragmatic, Scandinavian lens. 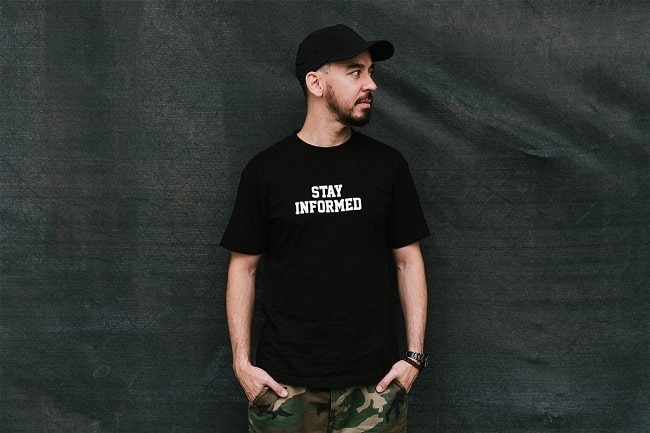 Synonymous with the city its shop stands in, Liberty London is a brand driven by discovery. Liberty is famed for cultural collaborations, inspiring curation, and directional design and in this podcast, they share with you access to some of our most inspiring Founders and partners. In a recent episode Catherine Hayward, Fashion Director at Esquire UK Magazine speaks to Oliver Spencer about his career during London Fashion Week Men's.

The Loose Threads Podcast explores the new consumer economy. Hosted by Richie Siegel, the founder of Loose Threads, each episode features an in-depth conversation with one guest that spans a range of topics, lasting about an hour. The unifying thread is always the rapid change facing the consumer, retail and commerce industry and how entrepreneurs are responding. In a recent episode they speak to Paul Hedrick’s of Tecovas about the innovations and challenges behind crafting and selling high-quality, timeless and affordable leather goods in the digital age. 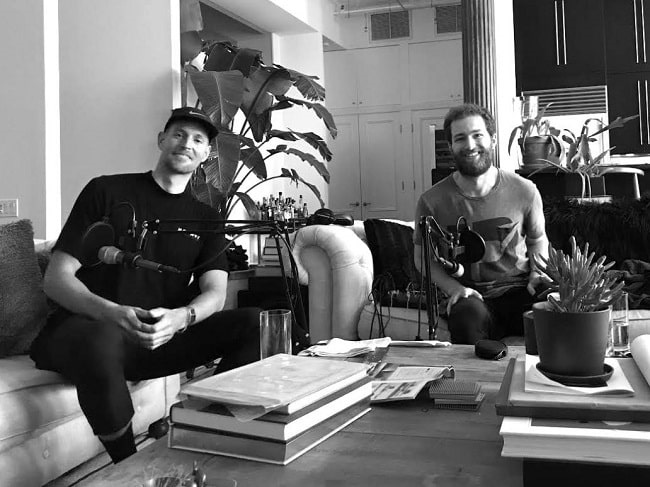 The Business of Fashion Podcast

The Business of Fashion has gained a global following as an essential daily resource for fashion creatives, executives and entrepreneurs in over 200 countries. In a recent episode they speak to MatchesFashion co-founder Tom Chapman who reveals how he and his wife grew a single store in suburban London into a global e-commerce business valued at over $1 billion. 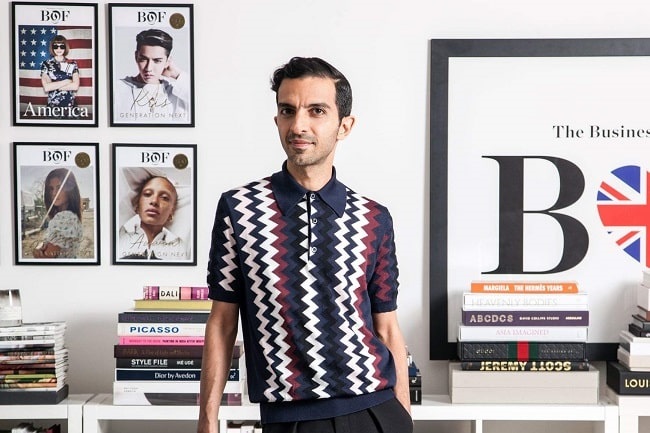 The Business of Fashion Podcast

The Menswear Shift Podcast is an interview show from Scandinavian MAN, featuring the most influential people within global menswear today, hosted by editor-in-chief Konrad Olsson. In a recent episode they speak to Josh Peskowitz, a highly influential figure in international menswear. He was part of the first wave of the #menswear movement that started roughly a decade ago, writing for magazines like Fader and Cargo and Esquire, before becoming the men’s fashion director at Bloomingdales. Today Josh runs the iconic menswear boutique Magasin in Los Angeles, where Konrad Olsson met with him to talk about the evolution of the male fashion consumer.

From Tailors With Love

A fortnightly show that highlights some of the fine costumes and tailoring you're likely to see in the movies. Presented by the editor of The Suits of James Bond, Matt Spaiser and Human Research’s Pete Brooker. In a recent episode of From Tailors With Love they talk about what's new in the world of style pertaining to James Bond. They interview James Bond costume designer Jany Temime on her career to date and how she got involved with the franchise. 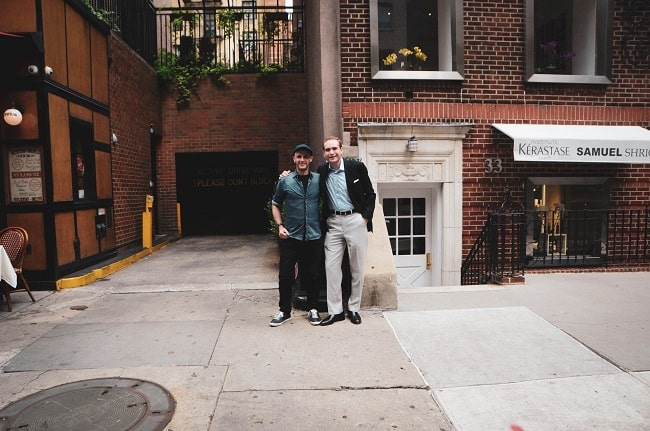 From Tailors With Love