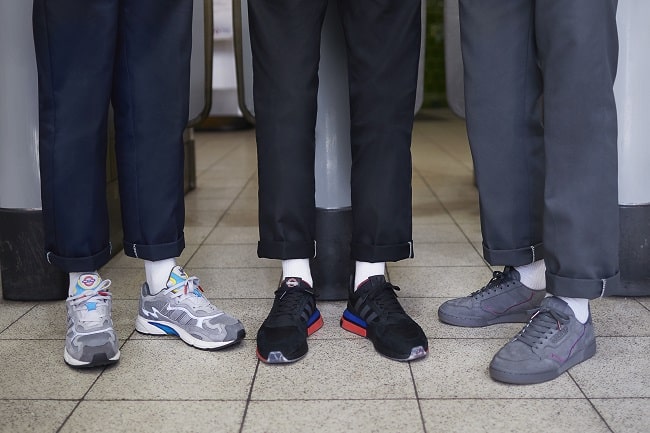 Adidas has done it again with creating a huge amount of hype over their most recent collaboration. This time they have kept it local by joining forces with TfL (Transport for London) to create a twist on three of adidas' classic styles and join in the celebrations for the 15th anniversary of the Oyster card. Each shoe is limited edition with only 1500 being produced. With such a unique partnership and design, there have already been queues around the block of various stores as sneaker addicts wait in desperation to get their hands on an exclusive pair.

For the first release the three silhouettes are: Temper Run, Continental 80 and ZX 500 RM. Each pair comes in a individual colour way as a nod to a different aspect of Transport for London's history. If that wasn't enough for you, adidas has even added an Oyster card, already loaded with £80 of credit, with a premium leather card holder and the shoes come in bespoke packaging inspired by vintage underground posters. 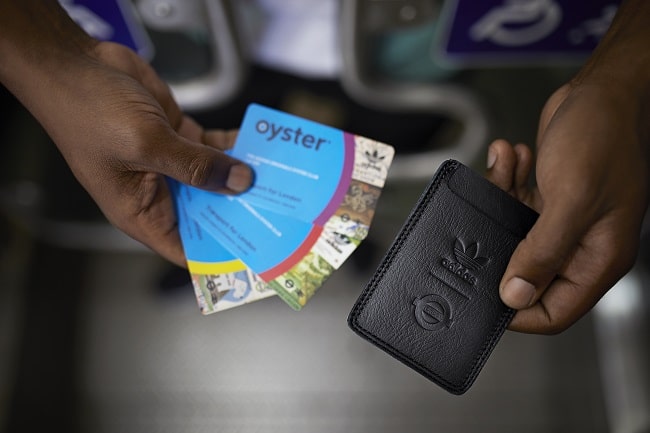 The more chunky Temper Run offers an homage to the Oyster card and features a 'Mind The Gap' roundel on the left foot tongue. The upper part of the shoe has a reflective strip that blends in with the grey suede detailing. This is a fun sneaker with added pops of colour of yellow, blue, red and a thick white sole. For those of you who are deep into the 'ugly' or 'dad' shoe trend, these could easily suit your style. 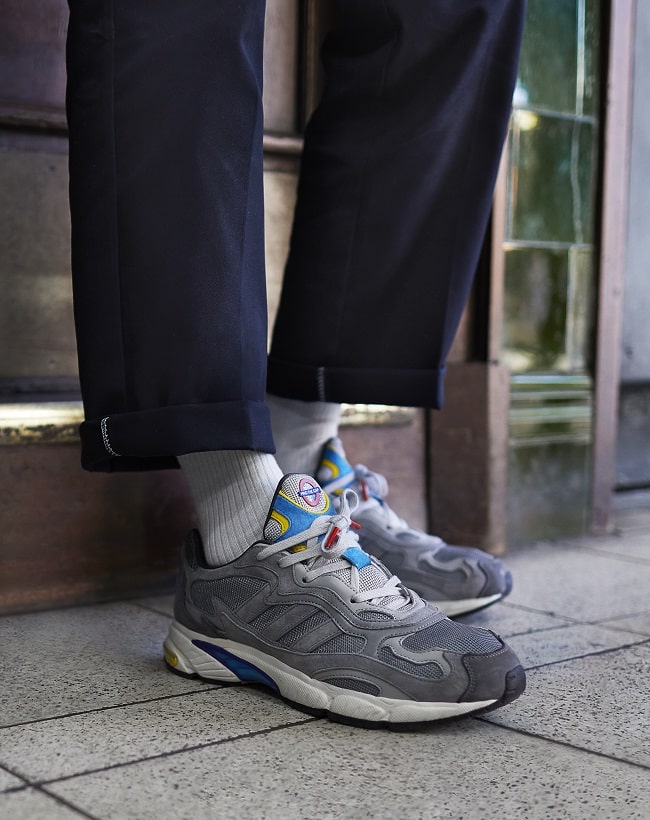 In solid grey, the Continental 80 would be the more subtle choice of the collection. This suede-effect shoe celebrates the first ever underground line in the world which originally ran from Paddington to Farringdon. Across the side of the shoe there is a purple embroidered line acting as a representation of the Metropolitan line, as well as the purple metal lace tips. As the underground line primarily started out at 3 3/4 miles long, this is also stitched in gold on the heel strap. 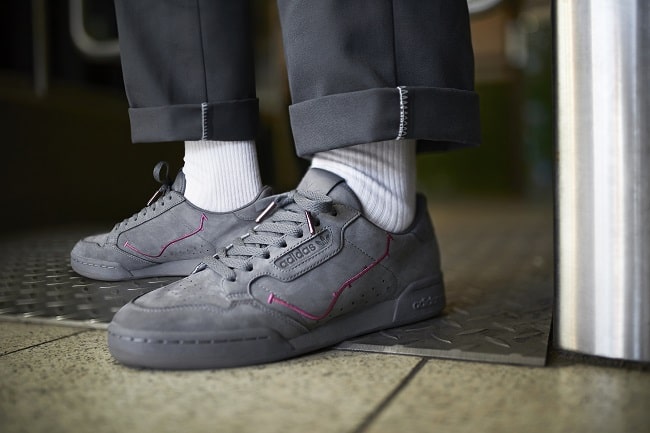 Inspired by vintage advertising posters that were discovered in abandoned train stations, the ZX 500 RM stands out in its stark black upper and black BOOST with the underground's bright red and blue detailing on the sole. These colours are recognised across the whole city. A 'Hidden London' roundel is printed on the tongue of the right foot to recognise the London Transport Museum's continuing tours of hidden and disused stations across London. This trainer also features a leather sock liner and leather tongue logo. 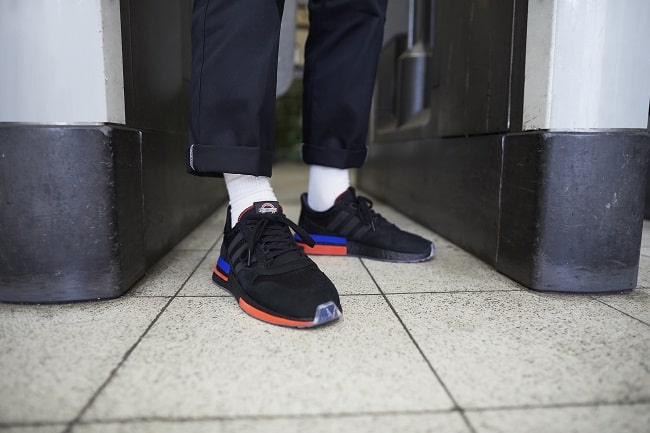 All you true Londoners out there will probably have some horror stories of being stuck on the tube at some point, but however much it might frustrate you on a Monday morning, the tube still keeps us moving. The London tube and Oyster card are iconic symbols of the city and with the city constantly growing, the tube is developing with the times as well. Gavin Thomson, SVP Region West Europe at adidas, pinpoints the reasons behind the collaboration by saying "London is a city bubbling with creativity from a population constantly moving forwards. TfL and the Underground network make that possible. This partnership allows adidas to celebrate the world’s most famous transport system and London through our designs. True to adidas’ Originals principles, the collaboration takes its inspiration from the past, present and future to celebrate the heritage and unity of London’s creators. United by TFL. Told by Originals." 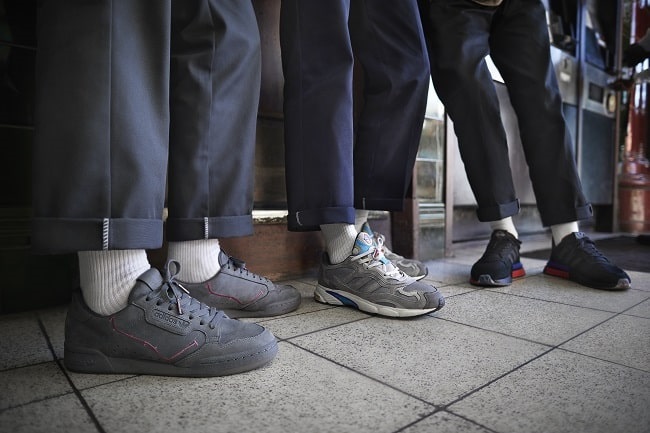 The first pair of shoes from the collection were released on 27th October, the second on the 2nd November and the next one, for the ZX 500 RM, this weekend on the 10th November. They will be available from adidas Originals stores in London as well as other selected retailers and are priced at £80. We certainly recommend wrapping up warm and getting in those queues as early as possible! We know you'll want to be seen wearing these down on the underground as well as out on the streets.