IN CONVERSATION WITH CRAIG MCGINLAY

FROM RUGBY AND FASHION MODELLING TO A GROWING PASSION FOR ACTING 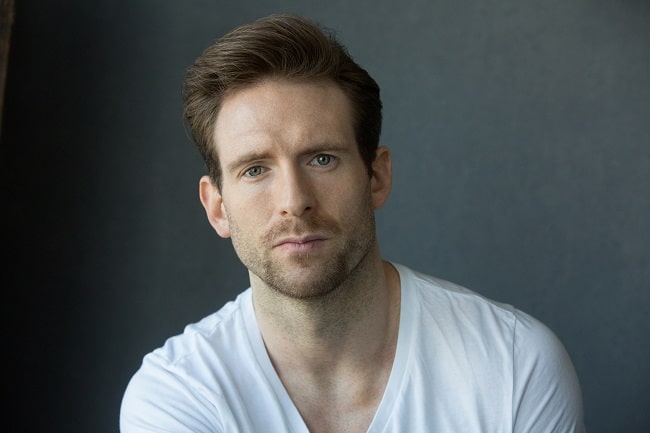 You may recognise Craig McGinlay from stylishly walking the red carpet and sitting on the front row of glamourous fashion shows. If you are an athlete, you might know him from his career as a fitness coach. However, it is acting that he would rather be acknowledged for now. Craig has had a rather unusual journey to his current position as a full-time actor. His working life started out as playing rugby from a young age with a hope to turn professional. An unfortunate injury put a hold to this dream which lead him to a slight change in direction into coaching professional athletes. He has worked in swimming, badminton, hockey and football, for the Olympics and the Glasgow Games. Although the original plan did not involve acting, it was a hidden - and eventually - a growing passion for Scottish-born McGinlay, and a chance meeting with British film director Guy Ritchie changed everything for him.

MenswearStyle had a chat with Craig about how he started acting as well as his role in the world of fashion and style. One of his first more recognisable roles was playing Sir Percival in Guy Ritchie’s fantasy film King Arthur: Legend of the Sword. He was named a GQ Rising Star in June 2017 and Breakthrough Star of the Year at the Scottish Style Awards in 2015. For someone who didn’t find his acting feet until later in life, Craig has already reached a respected level in his relatively short acting career and we will no doubt see him appearing in many roles to come. At the moment he is staring as a lead role in Amazon Prime and STARZ’s cult series, Outlander, with their new season premiering this week. 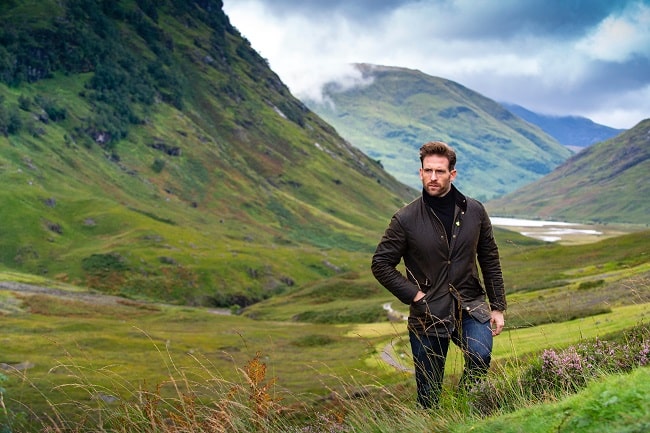 So, tell us how you started acting

“It’s a rather long story, and a random one, to be honest. I played rugby back at school and the plan was to go professional. I played in the u18s for Scotland and in the World Cup for the u20s. I then had an injury against Italy which put me out for a few months. A couple of operations later and I didn't go back. That followed by a Masters in Sports Science after which I worked with professional athletes full-time. I became a coach and worked on strength conditioning. I worked on an advert for the Commonwealth Games and the weightlifter was a bit short so I was asked to step in. A director saw it and asked for me to audition for a film. I decided to join an extras agency in Scotland and an advert for David Beckham’s Haig Club whisky came up. There were three auditions for that and I ended up in London and in front of Guy Ritchie. We had great fun in shooting in Scotland and working with the directors made me realise that's what I wanted to do. So I quit my job, moved to London and got an agent. After about 4 months I got a call for King Arthur. I buried myself in training. It was an amazing experience working alongside the likes of Jude Law and Eric Bana and of course, working with Guy Ritchie again.” 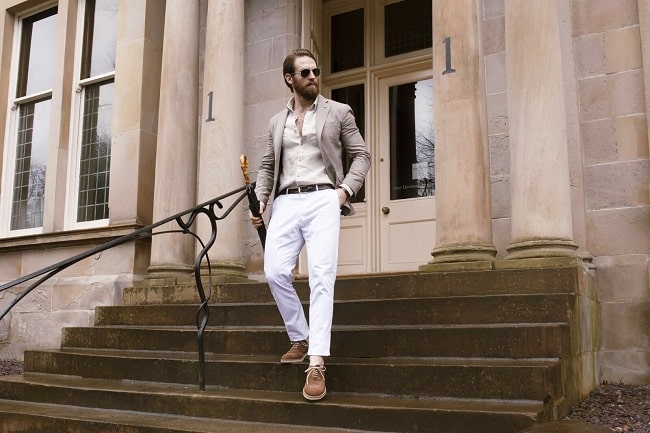 You’ve had a very varied career so far. Are you someone who likes to try different things or has acting always been your goal?

“I wanted to be an actor when I was younger, but I just never thought it would happen. You look at what your friends are doing, when you are young, and you start to think about a career. No one I knew was acting. It just didn't seem like a plausible plan. Thinking back it seems like a negative thought and I shouldn't have thought like that. I went to school where you were either a lawyer, an athlete or a doctor. Rugby was my path during this time. My skills were focused on that and I just thought that was it. Acting took a back seat but now it has come back round. I’ve basically fallen into it through my sports. It wasn't like I hated my job, I'm still very passionate about fitness and health. I suppose when it came up, I couldn't not do it. I would have regretted not trying and I'm very comfortable in my position now. I love acting and I hope it continues.” 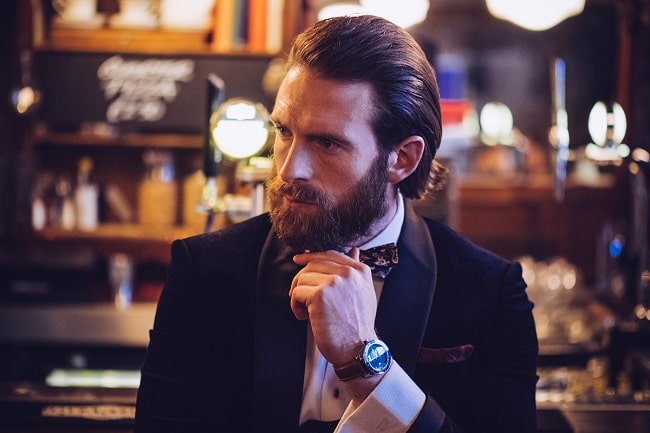 Has any of your modelling experience helped you with your acting?

“Possibly, yes. I think there are elements that have definitely helped. I actually didn't do it for too long. I fell into it. Perhaps if I had done it for longer, I might have found myself fixed into it and found it harder to change my ways. My colleague on Outlander, Catriona Balfe (who plays Claire Fraser), used to model and I believe it has helped her. I'm very much an actor now, it is 110% what I am focused on. If any modelling comes up it might be more for a campaign, but I'm not actively looking to do anymore of it for now.”

It appears you are very hardworking and determined to achieve your goal in acting. Where do you think that stems from?

“My Dad has always been extremely hardworking. He's passed that on to me. He's never been a pushy parent. My brother and him were both really supportive when I told them I wanted to change career path. They never questioned me or said it was a ridiculous idea. Ultimately there are always sliding doors moments; if I hadn't taken that advert and spoken with Guy or spoken to my parents for advice, I might not have made the move. I'm training for a new role in September and I’ve had to use all my determination to achieve that.” 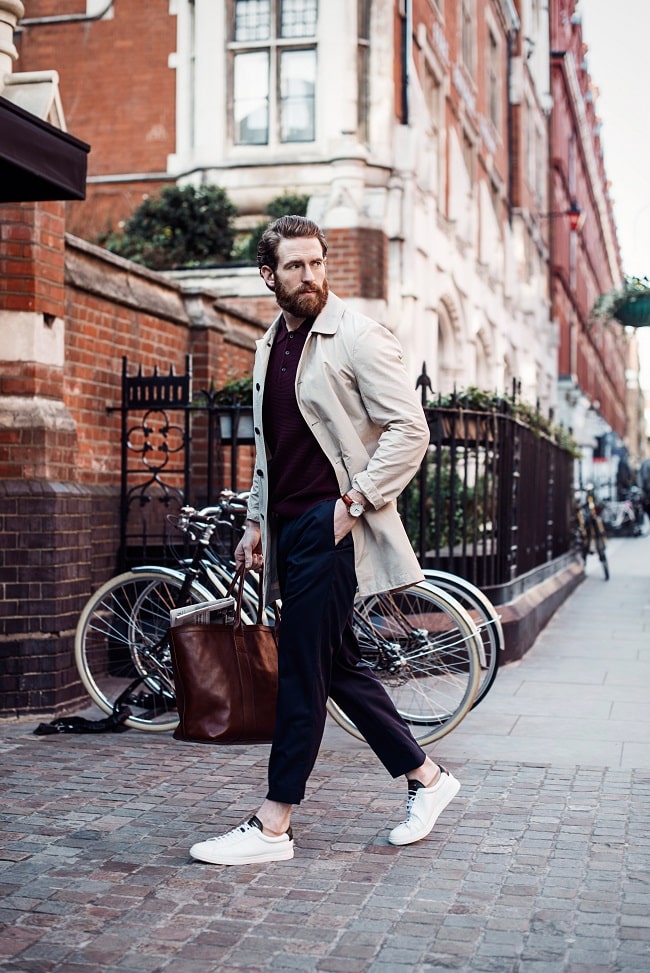 You are about to appear on our screens playing a lead role in Amazon Prime’s Outlander. Tell us more about that.

“I can't say too much about the role right now as it is just about to be released. This will be me coming into the fourth season, in episode two. I play Andrew MacNeil who is a plantation owner. Anyone who has read the books will probably recognise the character. I shot my scenes in Cumbernauld in Scotland. It was amazing and I really enjoyed working with everyone. The whole team were fantastic, including the talented costume and set designers. The training was brilliant and everyone has been so welcoming. No one turned their nose up at the fact that I am not a professionally trained actor.”

You are quite often spotted wearing some great suits. Do you enjoy dressing up and do you ever have a day off from being suited and booted?

“I've been doing soldier training today, so I'm not looking my best! I definitely have a day off from suits. With my previous job, I was constantly living and working in gym kit. Moving to London and being invited to red carpet events, I actually wasn't sure what to do. Dressing fashionably didn't come easily to me but I've had to learn. When I moved to the city, the first six months I was going to a lot of events but everyone has been really helpful in getting me prepared. I'm not one to follow trends, I'm naturally not a yes man. I make my own opinions on everything, including my clothing. You have to have your own take on things, otherwise you won't look natural, especially wearing clothes. I tend to know what I like and go for that. To begin with I was always wearing black and blue but I am probably becoming more adventurous now.” 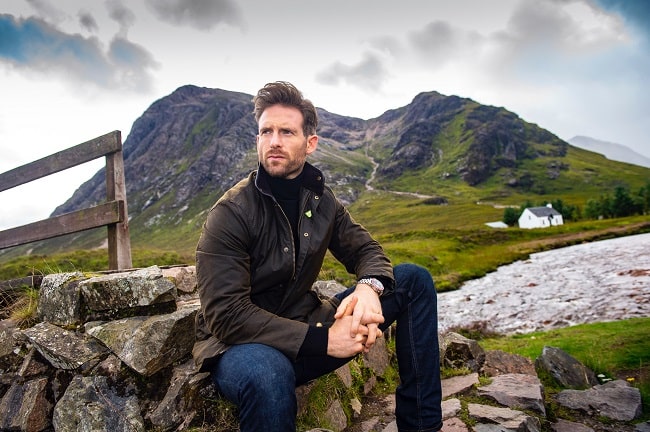 What are your go-to looks?

“My go-to casualwear is a black leather jacket and a plain t-shirt, worn with a pair of leather chelsea boots and pair of simple denim jeans. I would probably normally wear a suit in the evening; maybe something from Savile Row. I really like wearing a double-breasted deep lapel and I like to celebrate English tailoring.”

Have you always had an interest in fashion?

“When I was playing rugby, not really to be honest! The first fashion show I attended was about three years ago. Before that I wasn't that fussed about fashion as it was never really in my mind but I found I really enjoyed it after going to the shows. It changed my perception of fashion. I have attended LCM previously and loved it. Dylan Jones and Caroline Rush have both been massively supportive of me and advised me in the industry. I have had a couple of lovely pieces written in GQ and that has been instrumental for me. At the shows, seeing all the work put in by the designers, stylists and even the music makes me really look forward to it all now. I've had the chance to go to New York and Paris for shows and I go to women's fashion week too. I think fashion and film go well together and it’s important to have some idea about it all whilst working in the film industry.” 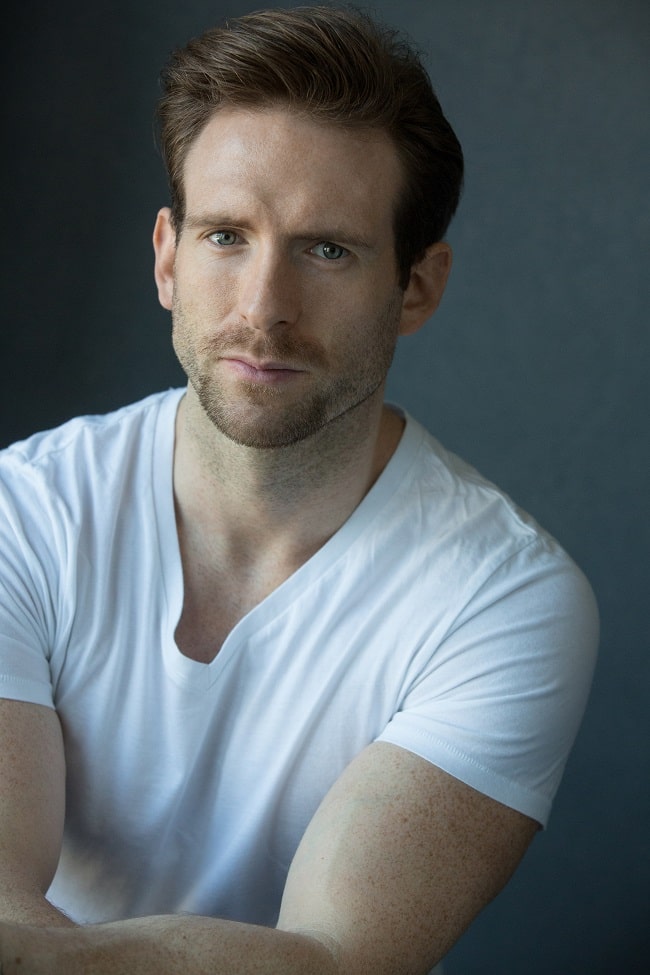 You mentioned in a previous interview one of your dream roles would be to play James Bond. Apart from your Scottish routes, why does this role appeal to you?

“Growing up, James Bond and Superman were my favourite movies. I just wanted a Superman costume as kid and perhaps it lasted a bit longer than that... I loved those action roles. If I had been asked three to five years ago if I would be interested in one of these roles, I wouldn't have even considered it as I wouldn’t have thought it could ever happen. I didn't think any of this would happen! I feel differently now and with what has happened in my career so far, you just never know. To be honest, I'm just working on learning my craft at the moment. It would obviously be a dream role, so who knows what the future holds.”