THE UNSTOPPABLE RISE OF MEN’S JEWELLERY

RECENT TRENDS SHOW HOW THE INDUSTRY IS EVOLVING FOR THE BETTER 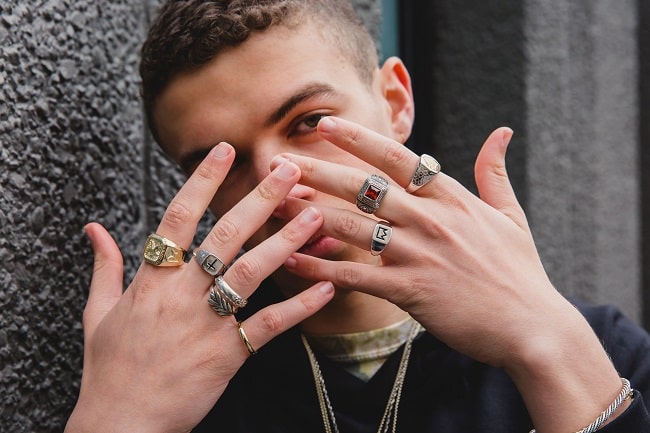 If you think you’ve been noticing more men wearing jewellery over the past couple of years, you’re right. Sales of men’s jewellery have been rising year on year, spurred on by an increased interest in men’s fashion and the rise of menswear fashion weeks. Whether it’s rappers such as Jay-Z flashing their bling, or a host of young Instagram icons such as Alexander Roth, Jordan Bunker, Fredrik Risvik, Jean-philippe N'djoli and Samy Portejoie showing off their latest purchases, men’s jewellery has never been so popular.

One of the many new entrants into the men’s market is Phira London, a jewellery brand based in London, England. The company was founded in 2016 by two friends, Macdara Duncan and Ele Frankpitt. Both Macdara and Ele had harboured a long-held dream to create unique, understated and timeless pieces to be enjoyed by both genders. All products are crafted from quality 925 Sterling silver, 18ct gold, a variety of stones by a team of London-based experts and stamped with a quality-assuring hallmark. 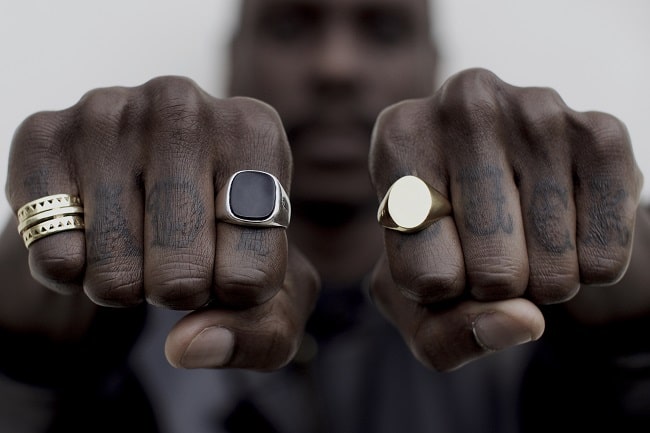 You just have to look at online platforms like The Rake, Vogue Homes, PAQ, Youth of Paris and Fucking Young etc. to see how they use models, influencers and celebrities to showcase jewellery and fashion. A lot more men are following certain people on IG for their style rather than for what they do. For instance, Blondey on Instagram because of the way he dresses. He is a true style icon for men and Millennials. Same with Jamie Hince, Luka Sabat, Moses, Oliver Proudlock, The Weekend, William Gilcrest, Andrian Brody, Tom Hardy, Jason Momoa, Pharrel, Gabriel Day Lewis, Zayn Malik, Lenny Kravitz and Jared Leto to name a few. Men are really experimenting with the way they dress and it truly is amazing to see. 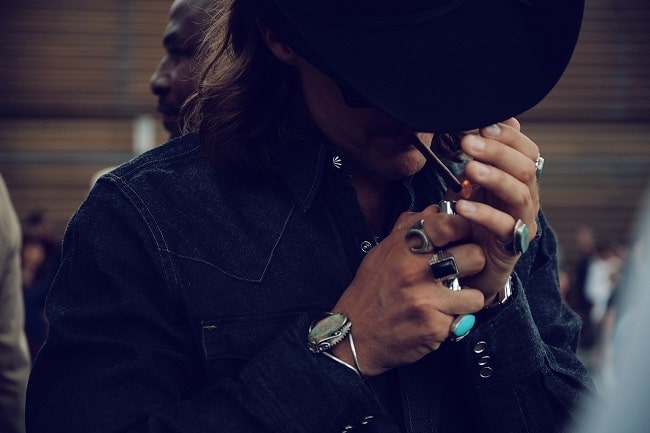 Instagram has become such a powerful tool for those looking to find special new designs to differ their look from others. This is so true with men's jewellery. There have been many brands coming through Instagram in the last few years and it has really opened up the options for men looking to buy. It used to be all pinky rings and beaded bracelets, but now you see brands like BlackRock Jewel, The Great Frog, Castro Smith, Alex Orso, Serge DeNimes, Natural Instinct, Arco Studio, 13 Lucky Monkey and Shamballa Jewels dominating social media with their fierce aesthetics, cool designs and great messages, which we know a lot of men love. The choice in men's jewellery is much greater than just cufflinks for example. Nowadays you see so many rings, bracelets and necklaces, and we're only at the beginning; the future for men's jewellery is huge! 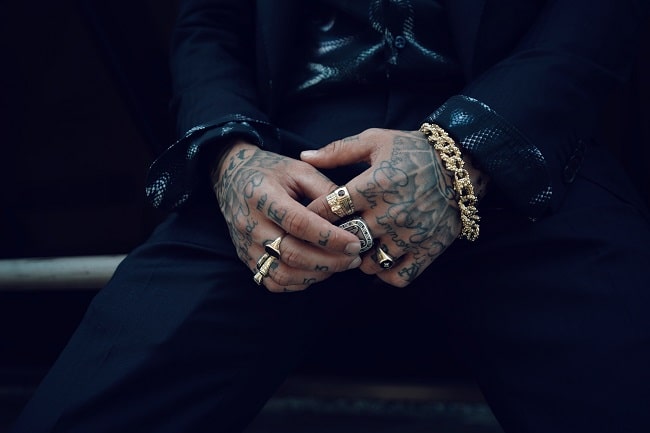 Obviously, fashion still rules over jewellery when looking at a retailer's stock. However, brands like ASOS, Dover Street Market, OPUMO, END., The RAKE and Matches Fashion for example, have all invested in promoting men’s jewellery. This has made a big difference as it has opened up the opportunity for designers to sell their jewellery to a more mainstream audience. This feels like it's only the start for these retailers and their promoting of men’s jewellery. We're looking forward to seeing how they grow the segment and the jewellery designers they take on. 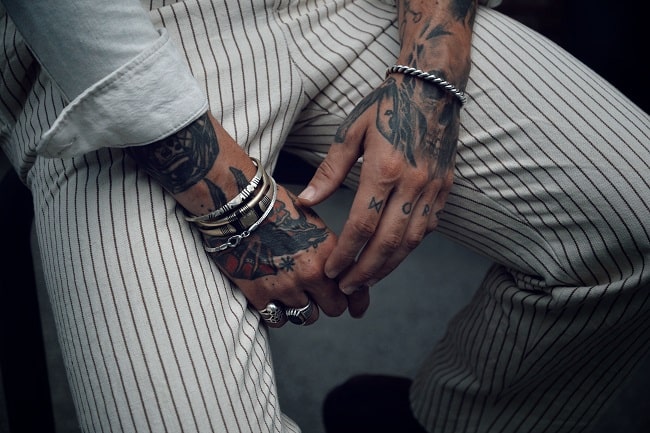 The strongest market is America. There are so many designers out there doing very well. They have a beautiful clean aesthetic, but the most important thing is that there are men's jewellery brands all over the world taking different angles on what they feel men's jewellery is. It makes the market as a whole so much more interesting. Men's jewellery used to be a little dull to be honest. Now with all these different perspectives from around the world, it has a new life to it. 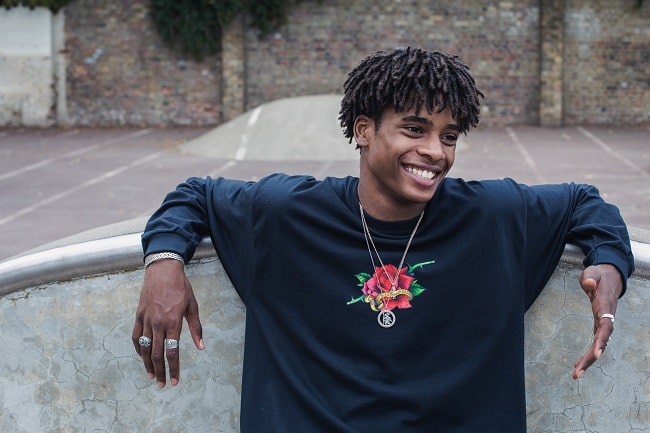 The most important recent trend to happen to men’s jewellery is the increase of unisex brands. This has opened up a whole new dimension for the industry. Because of more gender fluid designs, men have begun to wear jewellery in a totally different way. Men’s perceptions of jewellery is rapidly changing, becoming much more open to the idea of wearing it. Because of this, more statement pieces are being worn on middle and index fingers, bracelets being stacked with watches, necklaces being layered for example. Men are wearing jewellery with much more freedom than ever before. The reason for this is 100% down to gender-neutral designs. This has allowed men to stray away from the norm and wear something that is different, special, unique and awesome. We hope the next trend will be women’s jewellery designers moving into men’s jewellery design. There are so many incredible women’s jewellery designers out there and we can only hope this trend growth will persuade these incredible designers to venture more into the men’s market. 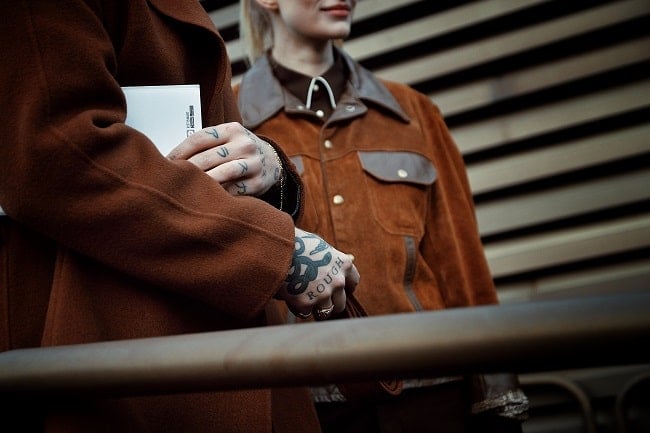 The rise of unisex jewellery

Unisex jewellery is definitely on the rise and this has helped grow men’s jewellery. It’s made it far more interesting, design-wise and message-wise. You just have to pick up a magazine, look in shops, browse IG or look at a bartenders hands in East London to see this. When we spoke to Phira London they discussed how they didn't think about gender; "We just started designing and that was it. It is something we are hugely passionate about, though. We both hate discrimination towards anyone and feel that everyone should be able to have their say and be who they want to be. This is why we make a point that we want our jewellery not to be confined to women or men." 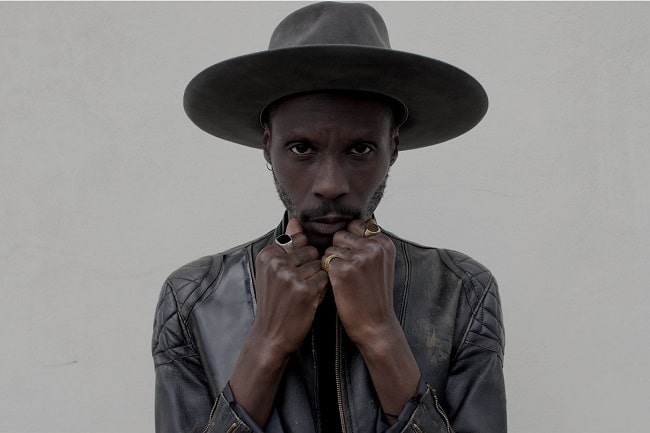 Men want something with meaning

The future of men's jewellery depends on gender-neutral pieces that have meaning. Increasingly, people are not conformed to the gender stereotypes in terms of fashion and jewellery. Fashion and jewellery are becoming more and more gender fluid. Phira London described to us how they "use stones and their meanings a lot in our collections. Each stone is different and each time we cast there are very small differences in the silver work, which we love. It means that no-one else will have the same ring. Each ring, bangle, necklace or earring is individual to that customer. It was always important to us to make sure that we are not selling uniform fast fashion jewellery." 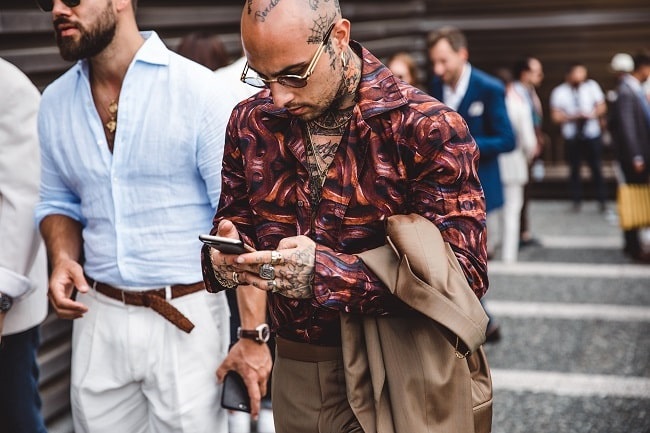 Guys, do you wear jewellery? #style