A QUICK HISTORY OF THE NIKE AIR FORCE 1 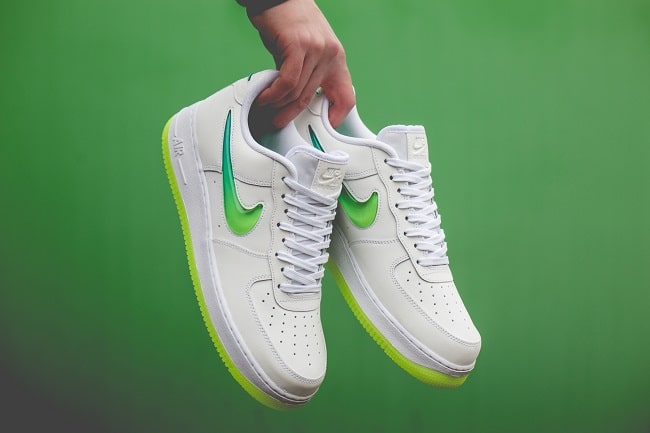 You could easily write a book about all the reasons why Nike’s Air Force 1 sneaker is one of, if not the most iconic shoe of all time. When it released in the ’80s, it spawned a technological revolution in basketball sneakers. Its rise to prominence in the ’90s resulted in a cultural revolution and its strong presence in the 00s changed fashion in a number of ways. Today, the Air Force 1 can be found in over 2,000 iterations and maintains its position as one of the bestselling athletic shoes to ever exist. Nike has collaborated with countless public figures, artists, designers, and brands to create different versions of the sneaker, redefining how immensely versatile such a simple design can be. To understand what makes the Air Force 1 so special, we need to go back to its creation and look at how it rose to prominence among the many people, groups, and organisations responsible for its success.

Going back all the way to its invention, the original Air Force 1 was designed by Bruce Kilgore, a man whose own history is just as impressive as the shoe itself. Kilgore was responsible for the design of numerous iconic Nike shoe models, including the Sock Racer and Air Jordan II. Before taking an interest in sneakers, Kilgore designed everything from household appliances to American automobiles such as the Pontiac Fiero and Chrysler K-Car. He eventually accepted a position at Nike’s parent company and went on to collaborate with Jeff Johnson to design the perfect track spike. Success followed with the invention of the Zoom spike, a shoe technology that helped Carl Lewis win four gold medals at the Olympics in 1984. After striking gold with running shoe technology, Kilgore moved on to basketball sneakers, where he was tasked with implementing Nike’s new Air technology into a basketball shoe sole. Kilgore’s liking for minimalism is clear in the construction of the Air Force 1. Nike’s Approach hiking boot is to owe for the slanted low-top design that offers increased flexibility with the same support as a traditional high-top. The combination of a cupsole and circular outsole tread was perfect for basketball thanks to the improved grip and excellent durability. After receiving the first prototypes for the shoe, Kilgore set out to obtain feedback from college basketball players, one of whom was Tinker Hatfield. Originally working for Nike as an architect, Hatfield was so impressed by the shoe that he took an interest in sneaker design himself. It wouldn’t be a stretch to owe his current success to this turn of events. 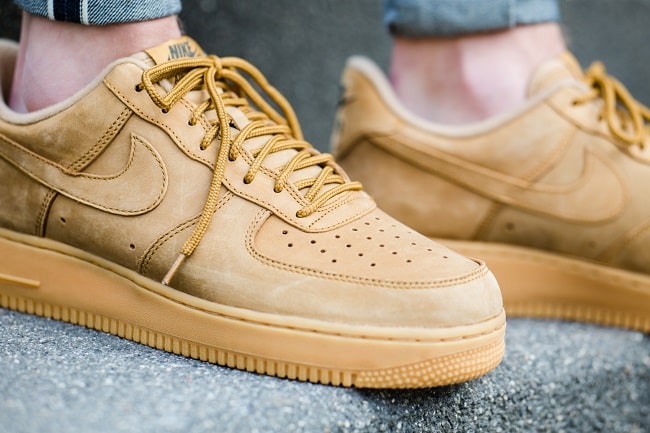 In 1982, the market version of the Air Force 1 was introduced. While it’s easy for us to assume that the original version would be a low top adorned in the classic white-on-white colourway, the first Air Force 1 to be released was actually a high top with an ankle strap, a mesh side panel (later replaced by leather) and a grey on white colourway. Nike enlisted the help of six major NBA stars to promote the shoe. This included Calvin Natt, Bobby Jones, Mychal Thompson, Moses Malone, Michael Cooper, and Jamaal Wilkes. The first advertisement (rightfully) claimed that the sneaker would revolutionise basketball, while the second featured the six players adorned in white tracksuits, in front of a plane, sporting the Air Force 1s.

A year after its announcement, Nike released the Air Force 1 Low with a wider appeal in mind. The sneaker’s availability was limited to three select stores: Cinderella Shoes, Downtown Locker Room, and Charley Rudo. For a long time, Air Force 1s were extremely limited and were held as a status symbol - a concept that still holds strong in sneakers today. Hustlers and drug dealers on the East Coast that later went on to produce rap music were at the forefront of creating Air Force 1’s original public image. By around 1984, Nike decided to pull the sneaker off the market, further adding to its mystical appeal. In 1986, Nike caved and brought the Air Force 1 back on the market through a few select retailers. In doing so, they were the first company to “retro” a sneaker, something that still happens to this day. While newer, more advanced shoes were hitting the market, people still loved buying the latest Air Force 1 releases. It was clear that Nike had a winning formula. 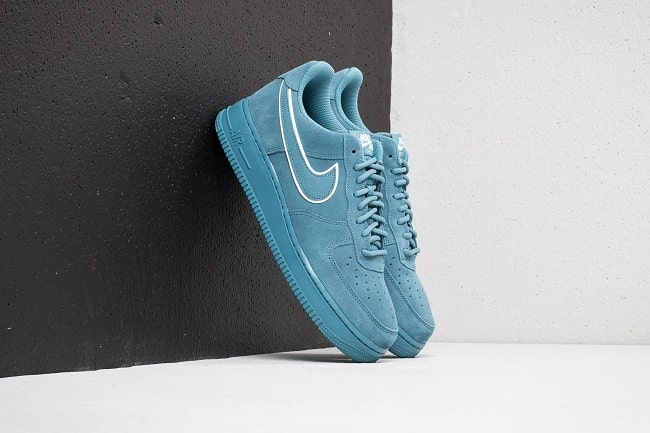 Even in the early ’90s, the Air Force 1 maintained a limited availability. It was around this time that Nike decided to swap out the mesh side panel for leather, creating an even cleaner silhouette. Nobody knows exactly when it happened, but it was somewhere around the mid-’90s that the iconic white-on-white model was released. Throughout the ’90s, a new pair of Air Force 1’s was pretty hard to come by. With the likes of Jay-Z, Juelz Santana, and Cam’ron of The Diplomats repping the sneaker, it remained in high demand by the public. Nelly dropped an entire song dedicated to the shoe, further solidifying its presence in hip-hop culture. Nike noticed the connection and released a number of Air Force 1 collaborations with different rappers. Perhaps most noteworthy of all collabs was the Roc-A-Fella-branded version, featuring the embroidered logo on the heel and nothing more than the popular all-white colourway.

By the early 2000s, Nike decided to go global and release the Air Force 1 in certain parts of Europe and Asia. Of course, unique colourways were released, which further added to the shoe’s allure back in the states. This move resulted in some of today’s most iconic colourways, such as Linen and 3M Snake. Back in the U.S., collaborations were being done left, right and center with everyone from Graffiti legend Stash to Sony alongside the release of the PlayStation 3. One of the most impressive variations of the Air Force 1 came in 2007 with the Lux Masterpiece Pack, featuring anaconda and crocodile skin, not to mention the $1,000+ price tag. 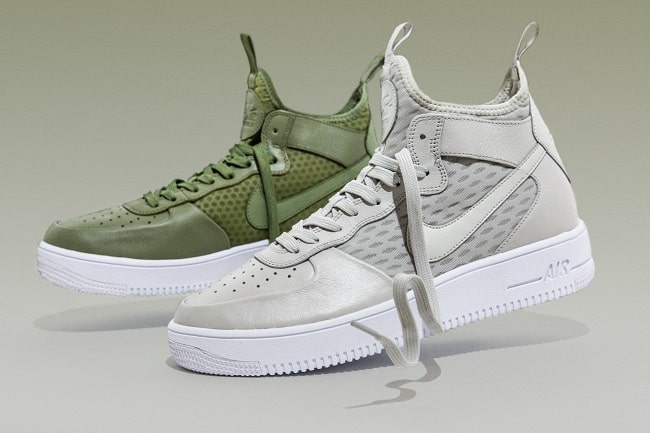 If you asked a sneakerhead today about recent Air Force 1 collaborations, the likes of A-COLD-WALL*, Commes des Garçons, Supreme, OFF-WHITE, and Givenchy’s Riccardo Tisci would probably be mentioned. These are all massive names in the fashion industry, proving that the Air Force 1 still stands strong to this day. With Nike’s recent By You initiative, everyone has the opportunity to "collaborate” with the brand and create their own design. Yet, the white-on-white or 'triple white' colourway can still be seen on the feet of everyone from your average Joe to wealthy high-fashion enthusiasts. Today, you can choose from a countless number of variations of the Nike Air Force 1. The Sole Supplier is a great place to start if you’re looking to pick up a pair. They have the latest Nike Air Force 1 releases along with any other recent trainer releases, as well information on the next drop. While you're at it, use this Nike promo code too!

The Air Force 1 has maintained a strong position in many cultures throughout its lifespan. What it owes its success to is hard to pinpoint. Perhaps it’s due to the sneaker’s prominence in basketball or hip-hop, Nike’s careful stocking strategies, the countless collaborations or possibly just the simple and effective design. Either way, nobody can argue with those who claim that the Air Force 1 is the greatest sneaker of all time.