Planning for the UK’s biggest Pride festival is well under way. We have the Brighton Pride Festival coming up in August which is a joyous commemoration of the brave trailblazers, campaigners and supporters who shaped the Pride movement in the city and helped us achieve the LGBTQ equality we all enjoy today. But first up we have Pride in London with a massive 34 events (across June and July) to raise awareness of LGBT+ issues and campaign for the freedoms that will allow them to live their lives on a genuinely equal footing. All this exposure has, of course, attracted fashion brands to bring out their own ‘Pride’ clothing releases which are perfect to wear at one of these forthcoming events. Here we round up our top picks:

Original Penguin have designed a capsule collection ‘Pride!’ The Original Penguin ‘Pride!’ capsule collection is a classic take on the iconic rainbow flag. Grounded in navy and white but incorporating the colours of the rainbow through novelty stripes, colour-blocking a d taping. Standout pieces are the engineered tipped polos that come in each colour of the rainbow adorned with an embroidered ‘Mega Pete’ Penguin logo, as well as the eye-catching mini Rainbow Print short-sleeve shirt. Modelling the collection is Matteo Lane a Gay New York-based comedian whose stand-up special can be seen on Netflix’s The Comedy Lineup. 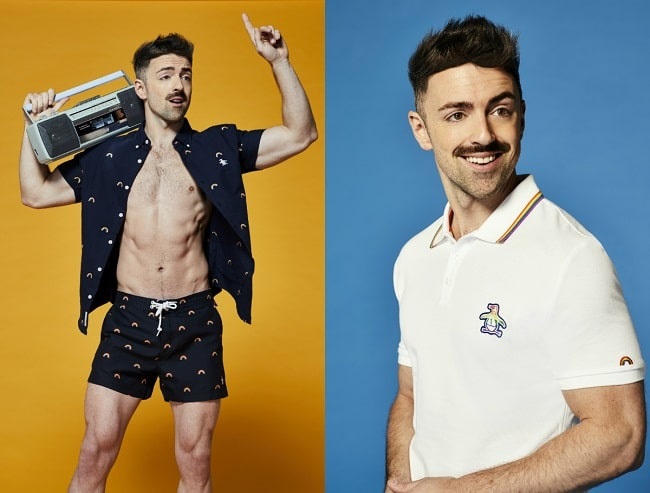 boohooMAN have launched their third Pride collection. This year, the capsule has been designed to empower, support and celebrate the LGBTQ+ community by offering a wide range of trend led designs appealing to people from all walks of life - both inside and outside of the community. The inspiration behind the collection derives from the unity of standing together and loving one another to ultimately create a kinder and more accepting world. 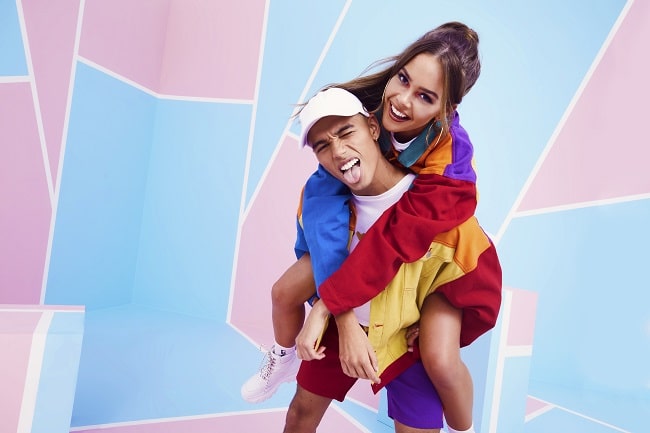 Calvin Klein is working with the Human Rights Campaign Foundation for this Pride Collection. A portion of the profit from global sales will be donated to support LGBTQ equality. With a company history spanning back to 1968, Calvin Klein originally started life as a coat store in New York City. The now iconic label, famed for their minimalist approach, offers up covetable diffusion lines CK by Calvin Klein and Calvin Klein Jeans, both of which channel the label's inimitable style. 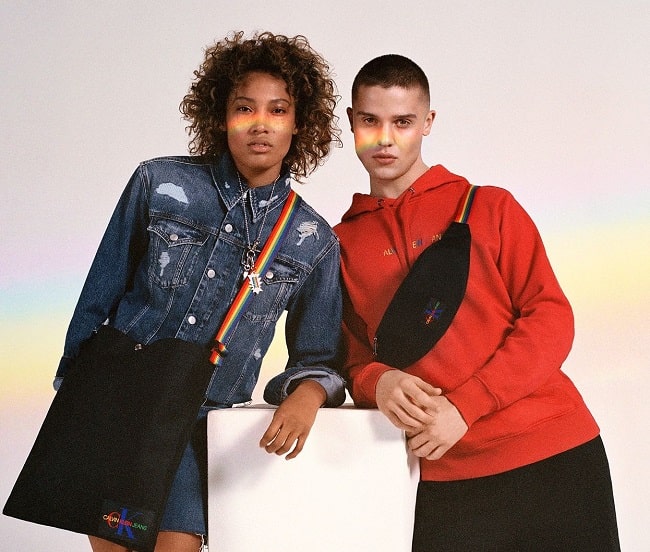 The Pride t-shirt from AllSaints gives a subtle nod to LGBT equality and adds a fun look to your wardrobe. Made from pure cotton, it is cut in a regular fit and features the brand logo over the top of a minimalist rainbow flag. 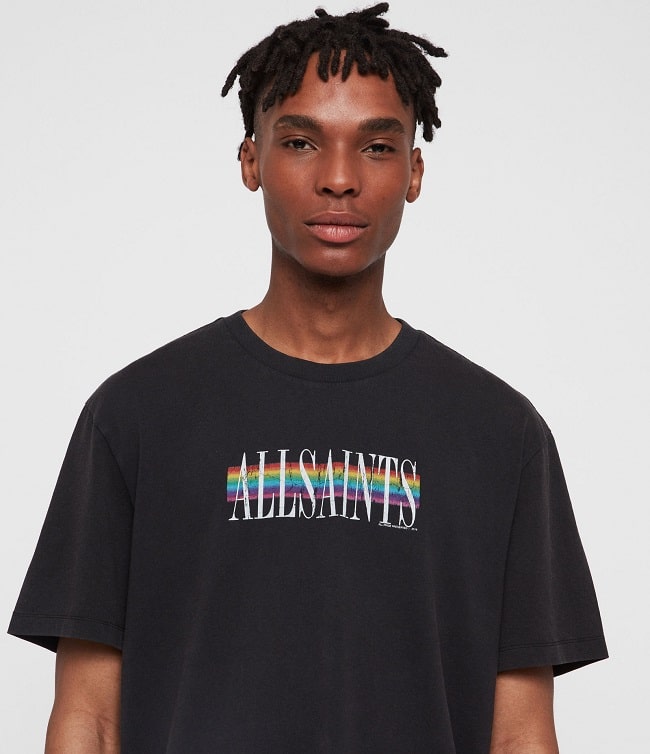 As proud champions of the LGBTQI+ community, Hunter has designed a limited-edition version of the best-selling 100% waterproof PLAY boot in time for the start of festival season and Pride month. Along with the sole, the rainbow is integrated into the pull tab and Hunter logo running down the back of the boot. The Pride PLAY boot is available with a block heel and a flatform silhouette. 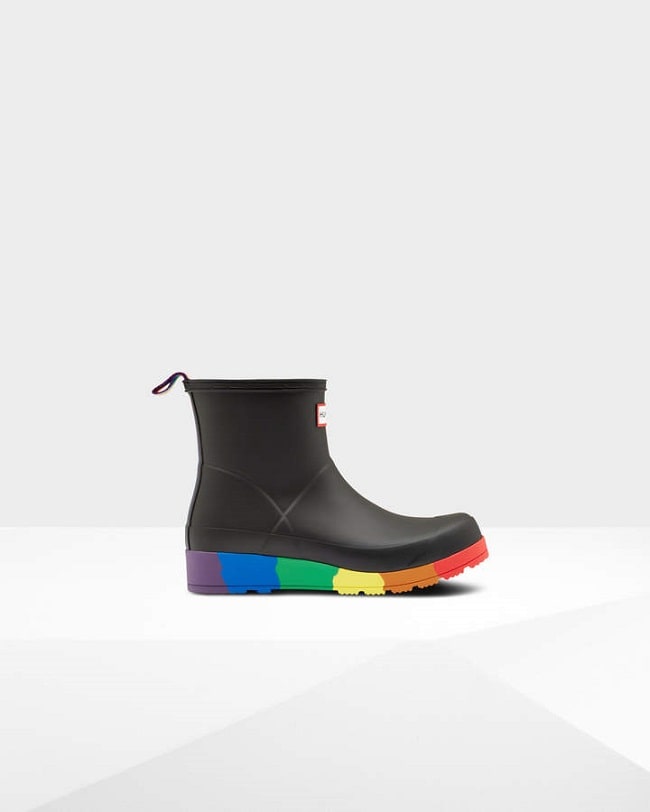 These boots have already got your attention; Lace-up fastening, Pride rainbow striped print, Round toe, Branded pull tab, Contrast stitching, Signature bouncing air-cushioned sole, Moulded tread. Since its creation in the 1960s, the classic Dr Martens eight eyelet boot was once an iconic footwear choice for punks, skinheads and working class rebels the world over. 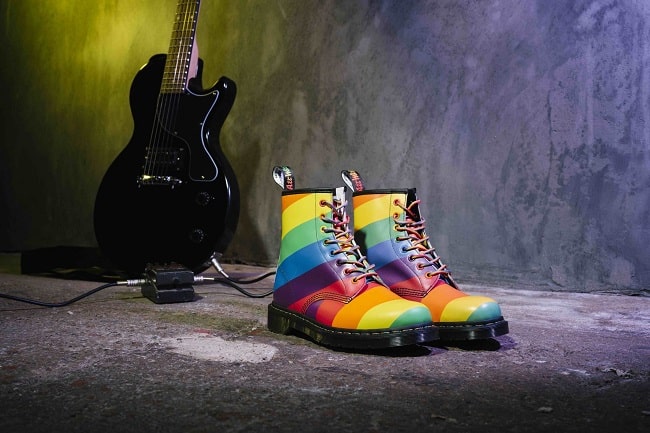 Palladium Boots have launched their first ever Pampa Pride shoe after a sea of community demand and a constant barrage of customer service emails fro their fans. For the shoe they've partnered with the Terrence Higgins Trust and will be donating their profits to them. They're the EU's leading HIV and sexual health charity in which they support people living with HIV and amplify their voices, and help people to achieve good sexual health. 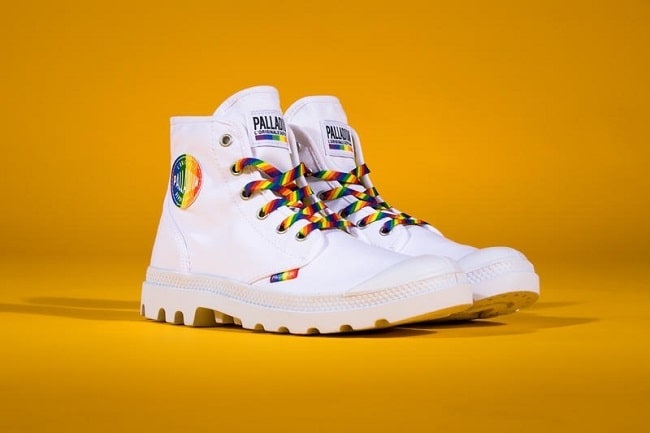 For the second year Harry's has released a special limited-edition rainbow razor box set. The handle is quite psychedelic and each one is unique due to its iridescent effect. 100% of profits go to support LGBTQ+ organisation akt charity and the set comes in a cool box designed by Jose Aroda. To help promote the campaign Harry's turned to TV personalities such as Jonathan Van Ness and Dr. Ranj Singh, and Musician Kele Okereke among others. 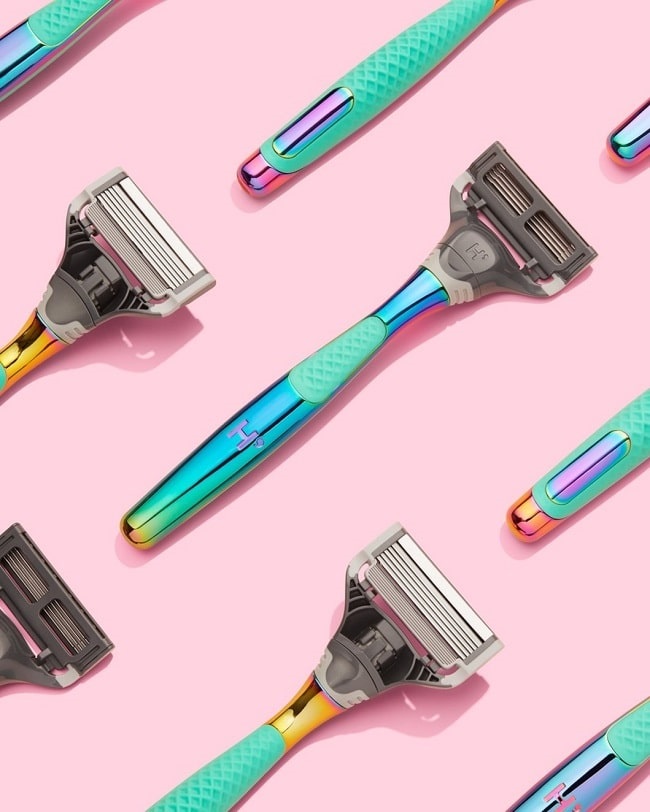