BEARD IN THE BOARDROOM: IS FACIAL HAIR PROFESSIONAL?

Written by Menswear Style in Grooming on the 3rd June 2019 / Beard in the Boardroom: Is Facial Hair Professional? 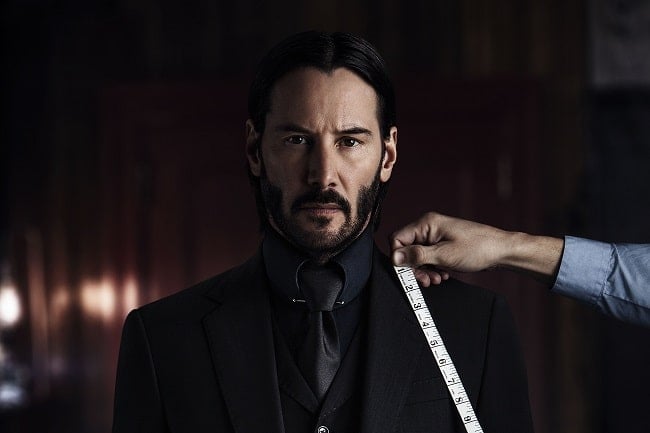 Thanks to a whole host of bearded celebrities and athletes, facial hair has found its following in recent years with A-listers like Justin Theroux and Tampa Bay quarterback Ryan Fitzpatrick rocking the look and raking in the dough. But what about those of us who are looking to climb the corporate ladder? Will having a beard or moustache help us achieve glory, or hold us back while our clean-shaven counterparts pass us by? The answer, it seems, depends on a number of factors:

Above all else, corporate culture is the most important thing to consider if you’re wondering whether a beard is going to help or hurt your success. In general, young start-up companies and those that value creativity and out-of-the box thinking are more likely to embrace different styles and looks. More conservative industries, especially those that expect a suit and tie, often frown upon facial hair – even if it’s not explicitly stated in their corporate policies. Location can also influence how facial hair is viewed. Companies in large cities like New York or London tend to have a more diverse workforce and, as a result, they may be more tolerant of different looks. 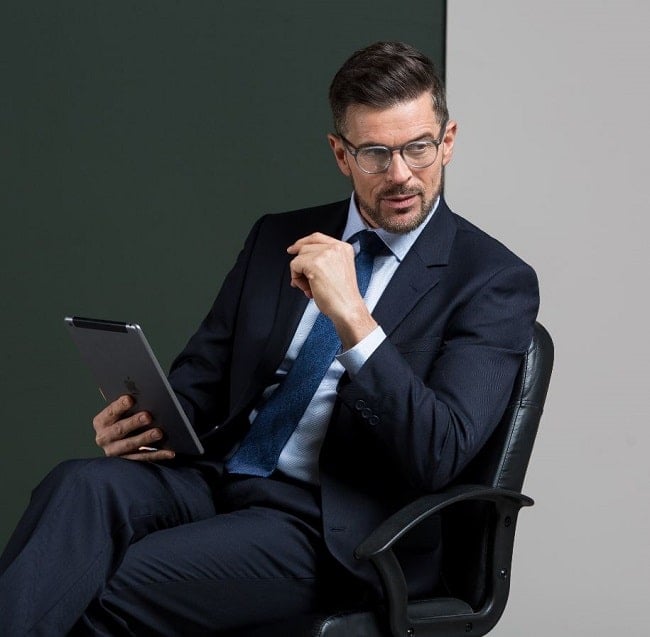 2. What Are Your Peers (and Bosses) Sporting?

If moving up the corporate ladder is important to you, make sure you make a point of noticing whether your bosses – and their bosses – are sporting facial hair. Even in an open-minded company that welcomes a variety of looks, you may find that the expectations regarding appearance get stricter as you get promoted.

3. How Do You Want to Be Perceived?

Taking the time to consider how you want to be perceived in the workplace is critical if you want to move up the ladder. Do you want to be seen as youthful or experienced? Will a reputation for having social graces or an aggressive nature get you to where you want to be? What are the dominant traits of those being recognised and praised in your company? By asking yourself these questions, you just might be able to craft your image for a greater chance at success. In fact, it turns out that your facial hair may have an impact on that image. According to a 2012 Behavioral Ecology study both women and men perceive those with beards as being older and more aggressive/masculine, and having higher social status than those without beards. Therefore, it’s logical to assume that for those in certain positions – think executives and some salespeople – having a beard may provide an edge. In other cases, having a beard may not support the image you want to project. According to a 2008 Journal of Personality and Individual Differences study, clean-shaven men may be perceived as more youthful and sociable than those with facial hair. In careers where the ability to interact on a personal level is paramount – like teaching or being a doctor – having a beard may cause others to see you as less approachable, or even intimidating. 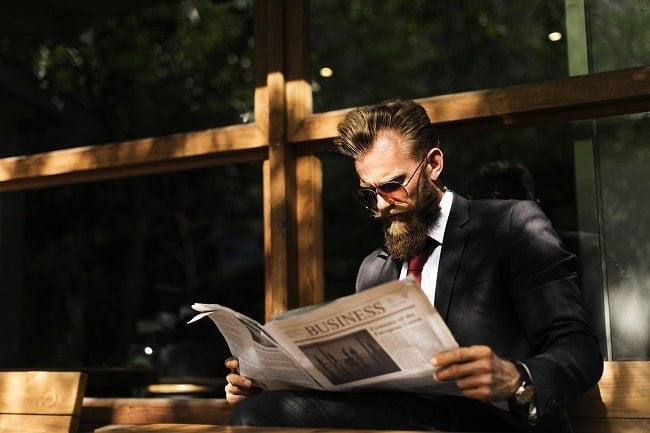 4. Are You Willing to Go Short?

Facial hair signals masculinity, which can be a positive thing in the workplace. However, when it comes to beards in the boardroom, length most definitely matters. Long beards, especially those that extend down the neck, are often seen as being too casual, or even lazy. So, why risk your reputation? If you’re going to sport a beard, stick to shorter, well-trimmed versions. With regular grooming, shorter styles look polished and professional and may even help you stand out among your peers.

5. Do You Have Enough Facial Hair?

It’s a fact: a great beard requires great facial hair. It doesn’t matter how crushingly handsome you are, or what style you choose, if you don’t have facial hair that’s thick enough to cover your chin and connect to your moustache, you have no business sporting a beard. Sometimes, light-coloured hair can also make facial hair look sparse, so be sure to consider this as well when choosing a look. When it comes to the thickness of your facial hair, moustaches matter. For a professional look, a good choice is a full, thick moustache (think Burt Reynolds). Thinner moustache variations, like the Fu Manchu, handlebar and Charlie Chaplin are generally not viewed favourably in a professional setting and can sometimes even be seen as creepy looking. What about the ever-popular goatee? It turns out this is the style that’s most dependent on how and where your hair grows. So, if you’re working in a professional environment and you can’t connect your chin hair to your moustache, you may want to opt for a different style. 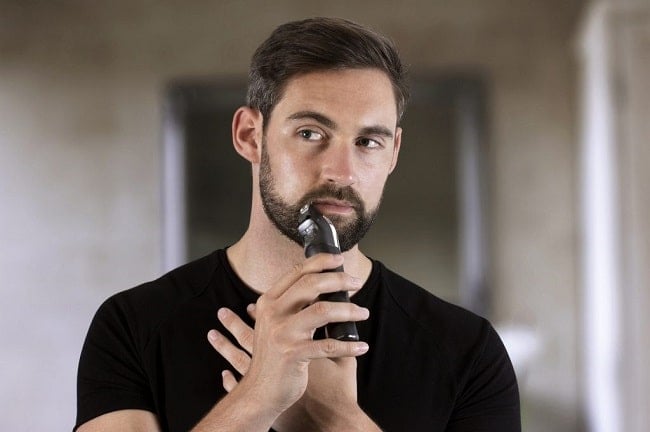 In the right professional environment, a well-trimmed beard can help you look polished and put together. But if your morning routine involves hitting snooze, waking at the last possible moment and rushing out the door, having facial hair to maintain may end up doing just the opposite. The fact is that while a clean shave does take some time, it’s often easier than trimming and shaping a professional-looking beard. And, if you’re rushed, you risk shaving off too much and having to start growing it all over again, which is definitely not a professional look. So, be honest with yourself. If you’re someone who’s likely to be sporting scruff, skip the facial hair. On the other hand, if you’re like a lot of men these days, who take extra time for things like shaving and a regular skin care routine, having facial hair could serve you well. And thanks to an ever-expanding variety of quality shaving products and men's skin care products, the morning routine is now becoming more mainstream – and more manly – than ever before.

7. Do You Have the Confidence to Pull it Off?

Even if facial hair is culturally accepted at your workplace, there’s a good chance it will make you stand out in a crowd of professionals. So, own the look. Wear it with confidence and let your self-assurance show in your work. With the right attitude, you and your beard just might be commanding that corner office.

Is a beard professional in the boardroom? #grooming