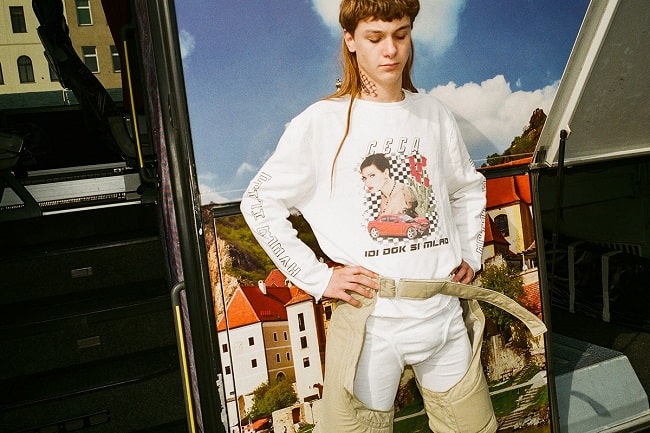 Born in a village in the north of Bosnia and Herzegovina, the designer Ilija Milicic moved to Vienna with his family when he was a child. The contrast of Bosnia and Herzegovina and the eclectic culture of Vienna had a huge impact on his creativity. His brand, Hvala Ilija, draws on the history of European immigration and the challenges of masculinity. In the current economic and political climate, Hvala Ilija adds something new to the Balkan culture and immigration state of mind, whilst finding romance and beauty in its darkest corners.

Milicic spent most of his time as a teen travelling between Austria and Bosnia and believes that being influenced by two different locations in the East and West of the continent influenced him from a very early age. At the time, he says that Vienna appeared wealthy and free whilst people in Bosnia were holding onto what was left of the country. He believes that experiencing such differences at an early age helped him to realise what was important and what wasn’t and this made his life much easier. Milicic has previously noted that the Balkan immigrant community influenced him indefinitely, but never wanted to limit himself to his surroundings. With an appreciation for tradition and an interest in blending in, his brand Hvala Ilija also helps you to represent yourself. 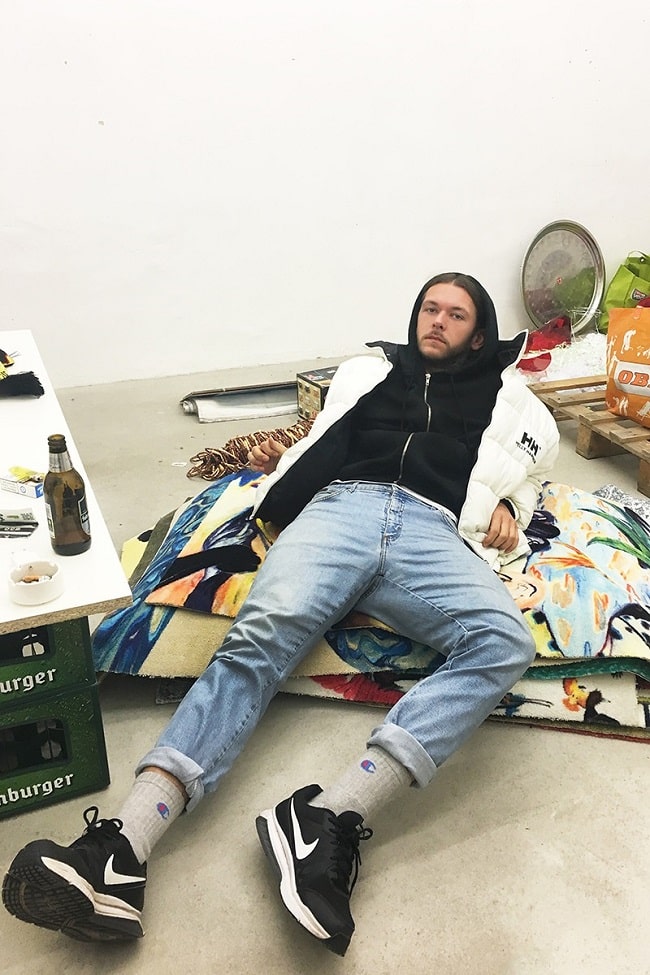 Until just a year or so ago, Milicic was enrolled in the fashion department at the University of Applied Arts in Vienna and was under the direction of designer Hussein Chalayan. Milicic didn’t see Hvala Ilija as a proper label, instead more of an experimental project which dealt with body and identity through clothing. All of his garments come with a story and the intention to question the growing and shifting of identity and non-conventional masculinity. When it came to shooting the debut collection for Hvala Ilija, Milicic found a building on the outskirts of Vienna which featured a red 'Night Club' sign. The building looks mundane, with its brown-tiled roof and lawn, against the collection. Against this backdrop, the items really come to life: white t-shirts, tailored grey jackets, washed-out denim and his feature pieces - purple and mint coloured suits and trousers -sparkle against the backdrop. Traditionally, these pieces and materials were associated with poor fashion taste, but for Milicic, it is more about authenticity and using his surroundings as inspiration. The metallic pieces, for example, are referencing the shiny clothing pieces that are typically seen at a traditional Bosnian wedding. 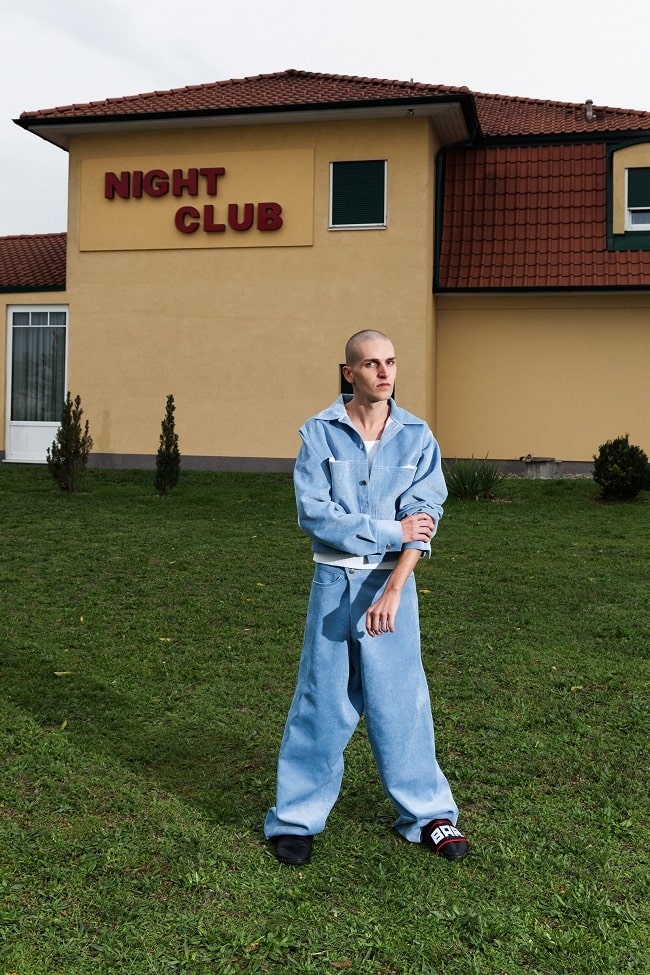 Another important aspect of Hvala Ilija is the exploration of masculinity, particularly contemporary masculinity. Milicic works with the common stereotypes of the Eastern European male which he says features buzz cuts, tracksuits and petty crime. Rather than trying to tell stories of Bosnian men, he instead focuses on men who cannot escape their own egos to let something good happen. Instead, some of these stereotypical men prefer to spend their money and time on cigarettes and cheap love. The types of masculinity that Milicic tries to channel into his work is about something other than forceful masculinity. In today’s culture, we are shaped by both global and local tensions and with fashion designers and artists using their background to find authenticity in the world, more and more collections like Hvala Ilija are finding their way into the forefront of fashion. Urban streetwear has never been so relative to global narratives and, whilst Milicic’s Balkan heritage comes naturally to his work, he’s also trying to be sensitive with the way that his ideas are portrayed as he loves to work with both symbolism and stereotypes.