THE RETURN OF MEN'S PLEATED TROUSERS 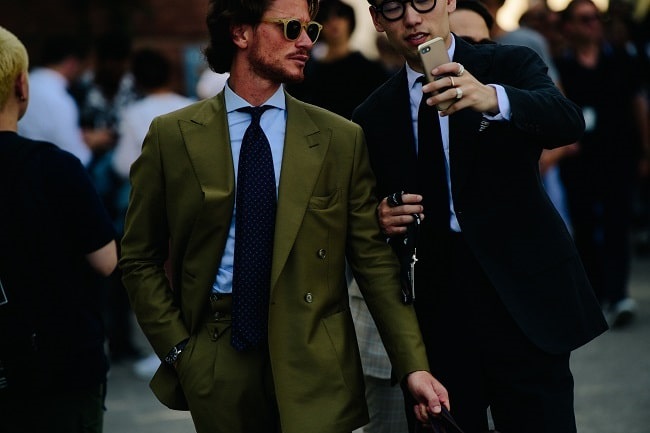 If you take the wrestling out of Netflix’s Glow, you can sum up the three-season show’s style as: So. Many. Pleats. Rich-kid-turned-Vegas-mogul Bash Howard sports them frequently on screen – on denim, on suits, and in casual forms. Yet, while the trend – one fitting with the decade’s excess – could easily be pinned on his fortune-fueled lifestyle, the women he employs also don’t shy away from them. If pleats could mirror any 2019 trend, it’s light wash denim: Everyone has at least one pair in some form.

Modern TV aside, the decade marks the last time pleats were remotely stylish, before they turned into ‘90s corporate middle-manager garb. Khaki and pairing them with poorly fitting button-downs doomed their fate, and as most of us know by now, the skinny fit championed by Thom Browne, Dior Homme, and Hedi Slimane in the early aughts rang their death knell. Until a few years ago, pleats were relegated to grandpa fashion – and not in the ironic sense, either. No man under 45 touched them. However, dad fashion’s turn, plus dabbling with oversized silhouettes, brought them back slowly, starting from the end of 2016. Much like double-breasted blazers, they’re not quite as you remember – and have yet to shake that appropriated-thrift-store vibe. Thinking about rocking a pair of pleated trousers? Here’s what you should know. 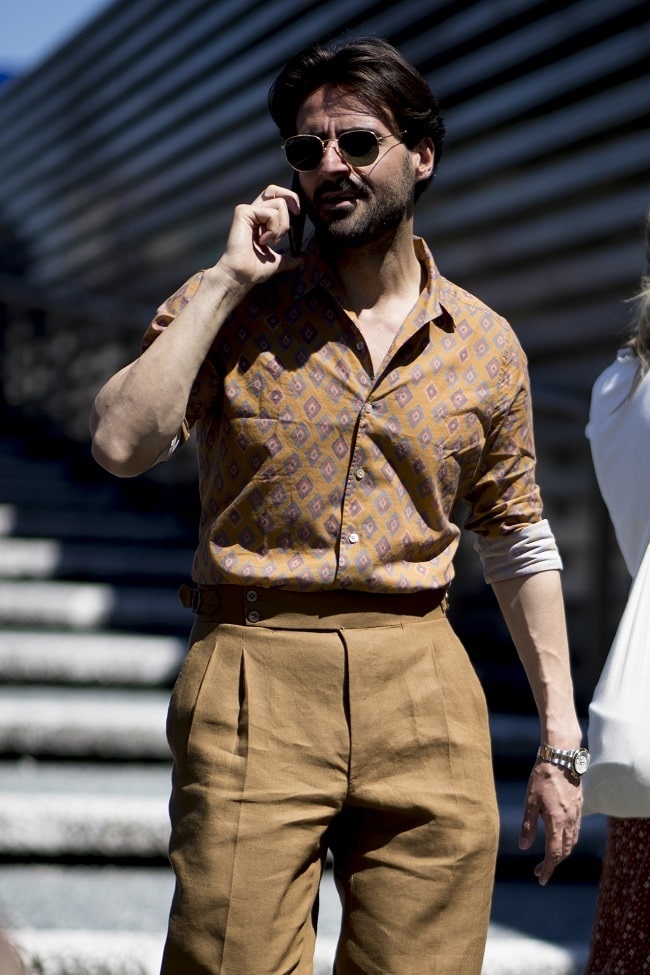 No, there’s not just one. Pleats were added initially as a practical feature meant to improve comfort around the hip area, and help increase mobility. As well, indirectly, they should flatter the body somewhat: hitting at the natural waist, offering extra room around the hips, and tapering to the ankle. Flat fronts, especially for men with more muscular thighs and hips, may show signs of straining and, through repeat wear, look less put-together with time. In any case, two basic styles of pleats exist. Ones pointing toward the zipper are known as 'forward' pleats, appearing straight and somewhat neater. Design wise, you’ll find them more frequently in English tailoring. More common in casual garments, reverse pleats – those that face outward toward the pockets – are a feature of Italian tailoring and, as such, may occasionally be called Neapolitan pleats. You’ll find they have a looser, more relaxed shape. In both cases, pleats are simply a fold of fabric added to the trousers’ front. Garments tend to have double pleats in front – and project a more confident, embrace-the-trend character – although single-pleat styles essentially let you dip your toe in before you take the full plunge. 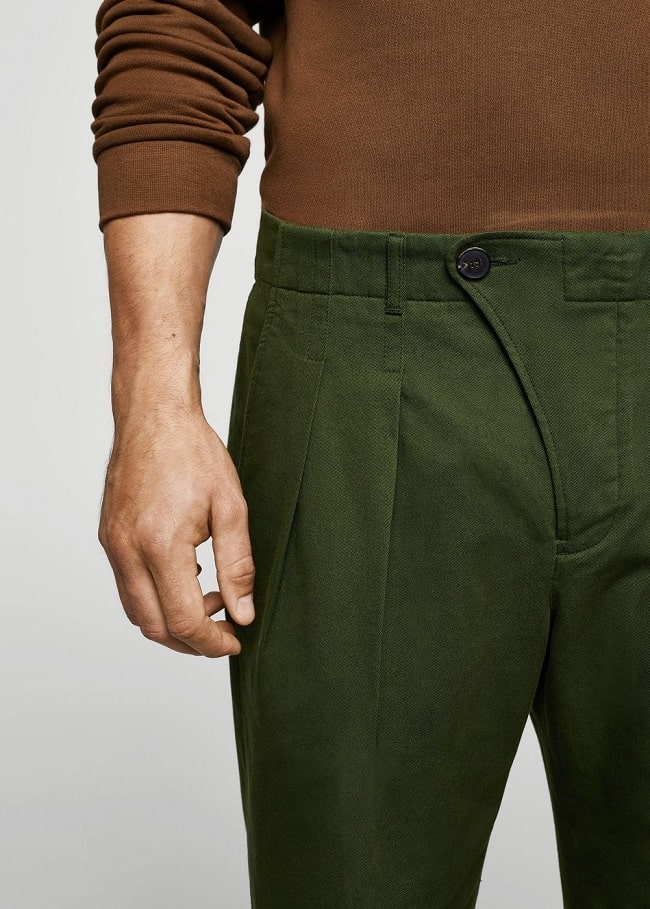 Rationing fabrics during both World Wars contributed to the popularity of flat-front trousers, as the style requires less material to produce. As well, the trend’s ebb and flow tends to go along with the economy – in rotation during stable periods, like the ‘80s and ‘90s, and being cast out when the stock market tanks, or, in more recent memory, from the Dot-Com bubble onward. With the global economy supposedly in good shape, seeing them back on runways and in streetwear presentations makes sense. On the subject of streetwear, pleats are the “other” dad jean, and were revived in a similar fashion – through Vetements, Gucci, and AMI trying out a retro trend those in their 20s and 30s perhaps associate with childhood. Nostalgia aside, these pleats aren’t the ones your dad wore to the office in 1995. For one thing, the straight-cut leg that dominated its last few years is gone. Instead, a higher, more defined waist and clear tapered shape shed its older, shapeless connotations. Secondly, avoid khaki colours if you can; with the sheer number of shades out there, it shouldn’t be hard to find pleats in black, green, or even navy. 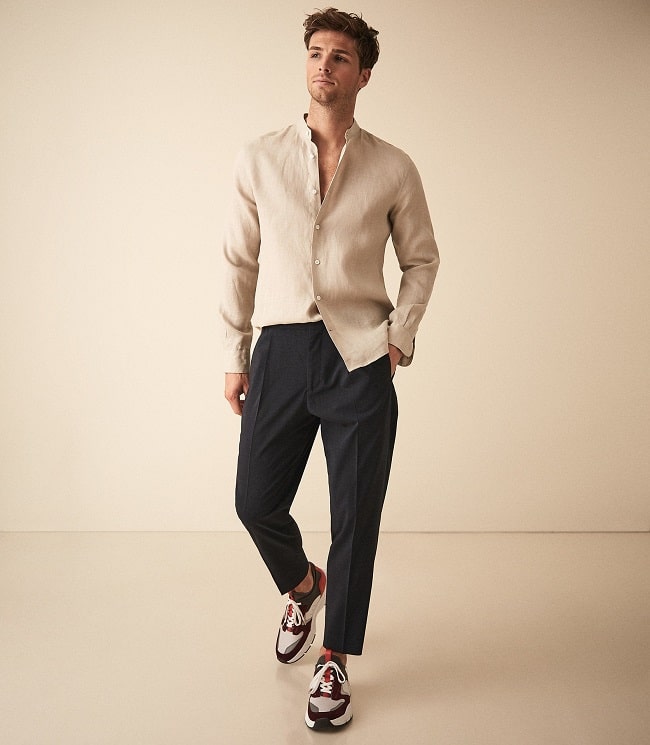 Third, there should be some kind of swagger about your look, as if you acknowledge the trend’s more daring nature – “Can you believe I just tried this?” Yet, the trousers themselves shouldn’t seem terribly flashy – the shape pretty much speaks for itself. As a final note, realise that, while the style has come up through streetwear-influenced fashion channels, it’s still fairly understated – a bit retro, a bit workwear, and a bit reworked modern-day chinos. Match them with a simple tee or button-front – no wide-cut, baggy silhouettes – and always tuck in your shirt. Otherwise, the extra fabric over the top of another garment causes your midsection to balloon out. In all cases, treat pleats like a year-round trend. Linen with a couple of double pleats breathes better once summer arrives, and for winter, they’re a fresh take for the flannel or wool suit. 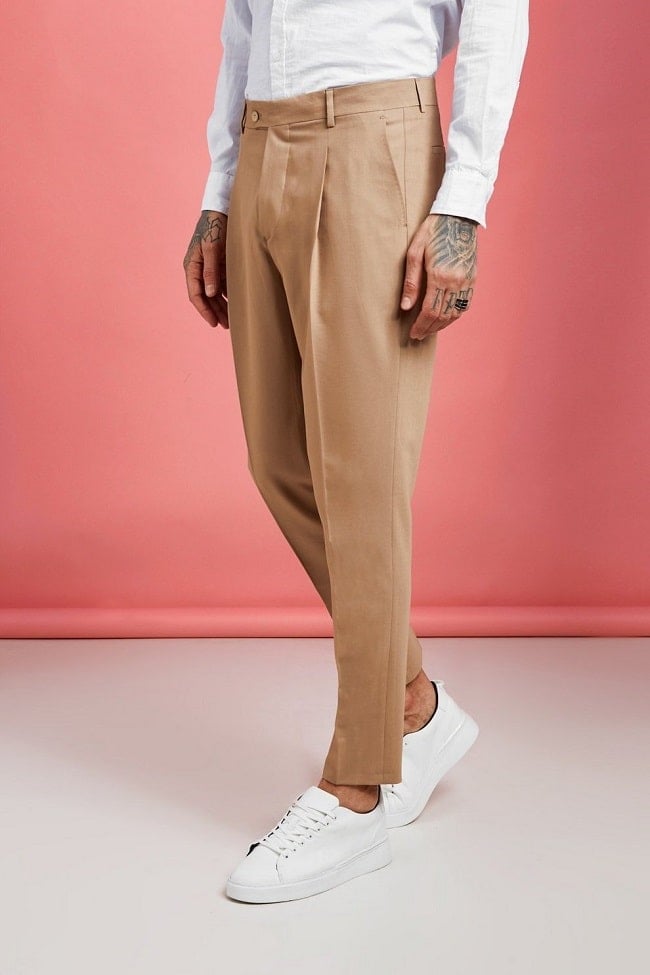 On this last point, fit, more so than colour, pulls the trousers out of decades-old territory. Whatever your point of reference, pleated trousers should hit at your natural waist – not too loose, so that they hang down, and not too tight, so that they restrict your midsection. Understand that they may fall higher from what you’re used to. The legs, ideally tapered, shouldn’t bag around your shoes – it’ll still look as if you bought trousers slightly too long for your body. Each cuff should hit right at your ankle – or wherever the tops of your shoes are – and even consider a roll to emphasise the structure. On this note, because of the extra fabric around the hips, pleats tend to make shorter or stocky men even boxier, so if you’re 5ft 6" and under, proceed with caution. 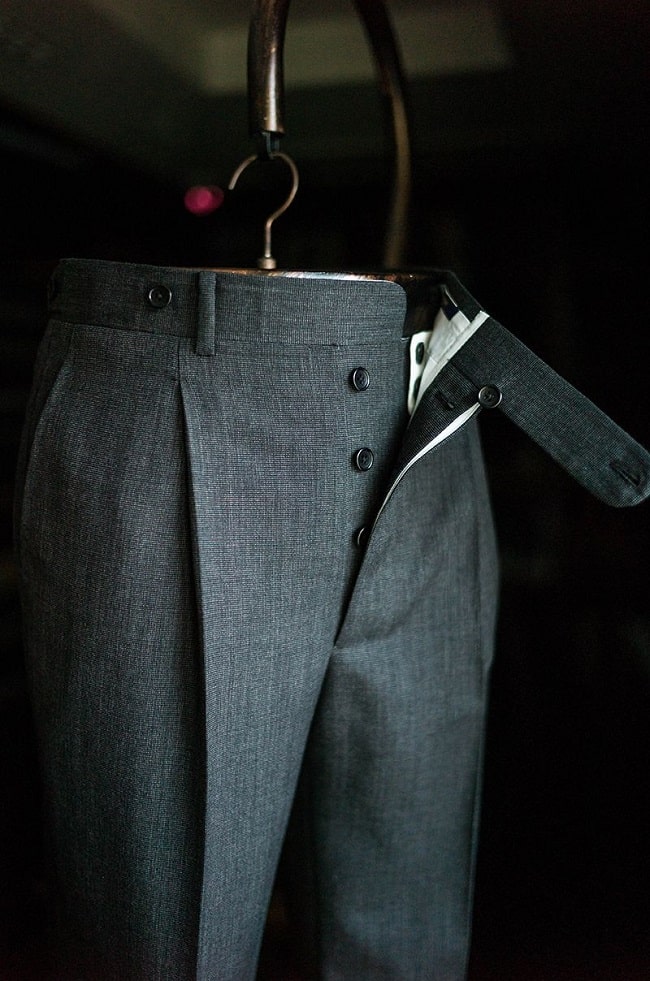 Regardless of height, realise that too much material around your hips unintentionally emphasises the groin area – or looks as if you’re wearing a diaper underneath. It’ll look uncomfortable – like harem trousers you pulled up too high – and feels equally awkward. As far as the pleats themselves are concerned, the fabric should lie flat whenever you’re standing up. Extra points often appear when the trousers are too loose, while straining pulls them apart if the garment’s too tight around the hips. 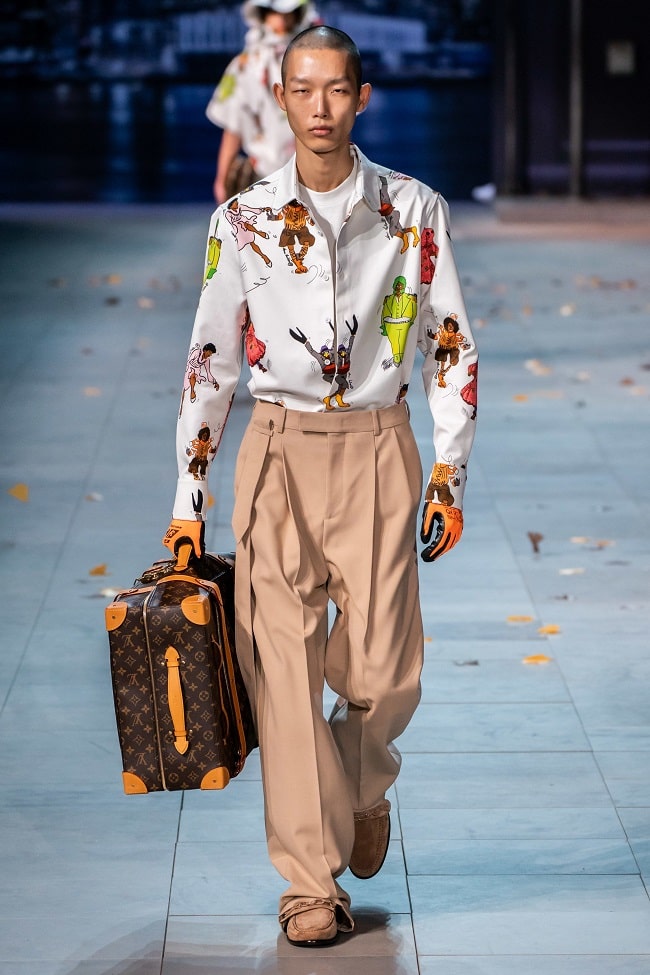