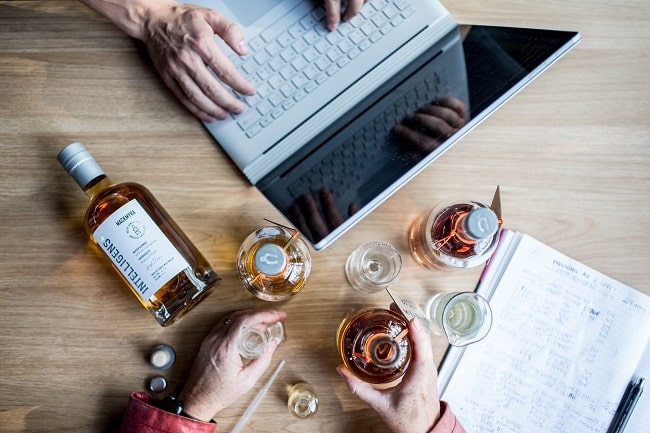 When you think of AI (artificial intelligence), you probably picture a line of robots working at lightning speed, rapidly replacing humans. Well, fortunately, this is not the case when it comes to the production of the world’s first AI whisky, created by Swedish brand Mackmyra. MenswearStyle was recently invited to Gävle (1.5 hours outside of Stockholm), to taste this new spirit and understand the complex process behind it. The whisky, named Intelligens, has been created to celebrate Mackmyra’s 20 year anniversary and has come about through a collaboration with Finnish tech company Fourkind, using the services of Microsoft Azure.

Mackmyra started as an idea by eight friends, sipping on a few malts during a ski trip, who wondered why there were no distilleries in Sweden. As they did their research, it became clear there was no reason to prevent them from producing the first Swedish single malt whisky; Sweden has some of the purest water available, sweet barley that grows throughout the country’s long summer days and strong Swedish oak that survives the harsh winters. All which are needed to make fine whisky. In 1999 their idea was cemented with their first drops distilled in their original distillery at Mackmyra Bruk. 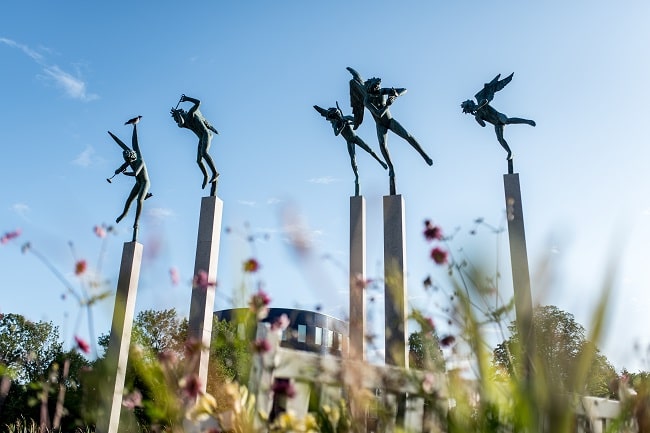 For the duration of the trip, we stayed at the Elite Grand Hotel in Gävle where we were treated to a delicious dinner of local produce and introduced to Mackmyra’s Master Blender, Angela D’Orazio and CEO Magnus Dandanell. They both explained that when it comes to understanding the use of AI in whisky, you have to understand the unique character of whisky and how each whisky achieves its individual flavour. There are so many different recipes that can be used to create all your favourite bottles, and it can be an extremely lengthy process to find the exact recipe. AI has been introduced as an alternative method for discovering these formulas. Angela has spent many years trialling whisky blends and was excited to experiment using AI for Mackmyra. Before tasting Intelligens, we enjoyed an evening of sipping on some of Mackmyra’s other bottles, such as Mack (from their Core range) and a favourite on the night, the Fjallmark Cloudberry Wine Finish (from their limited edition Moment range). I can highly recommend trying their gin too. 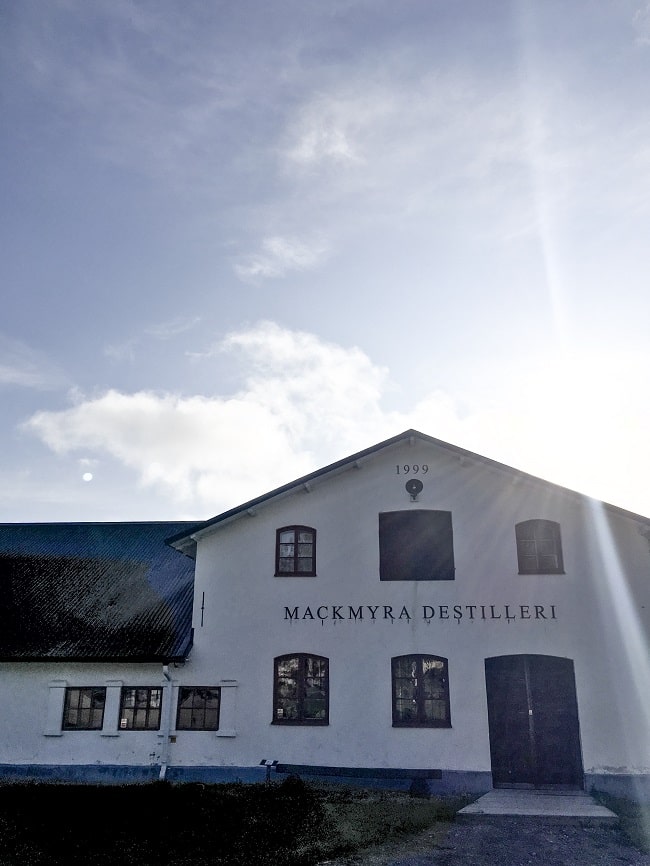 The following day, Magnus and Angela took us to see the original distillery, as well as the breathtaking Mackmyra Bodas mines. It is within these 4000sq ft of ex-ore mines, 430 metres below ground, that much of their whisky is stored. The scent of alcohol is so strong that is has been known to make visitors rather light-headed… it is no wonder with the amount that is stored there. Mackmyra even offers for you to create your own blend and have it stored in a personally selected cask. You just have to wait a few years before you can pop that cork! The cool, damp and dark environment makes it the perfect place for whisky to mature. 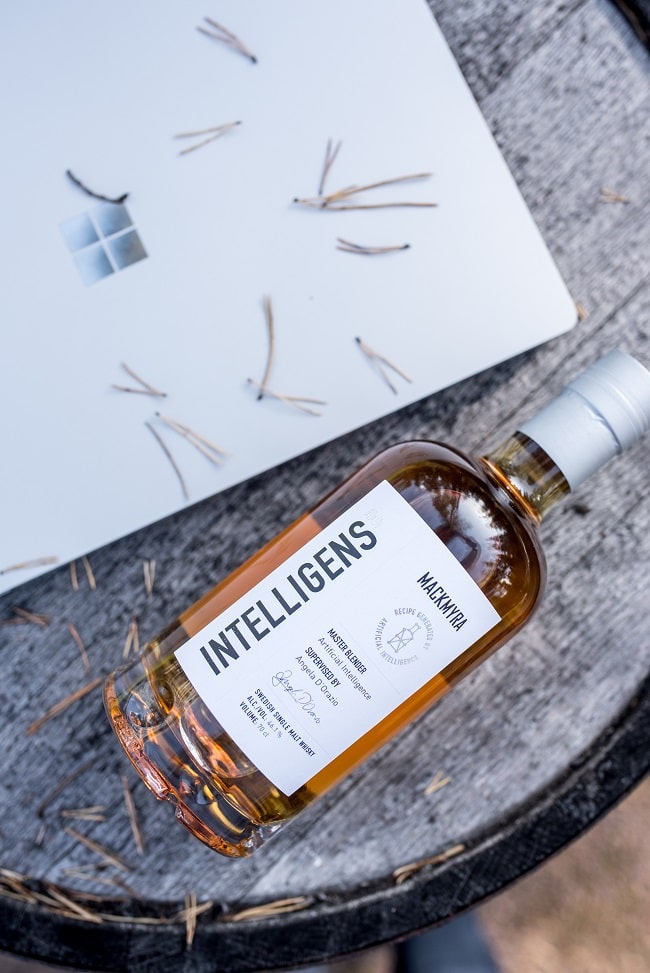 Mackmyra moved their production process to their state of the art Gravity Distillery (opened in 2011), which forms part of their headquarters amongst their whisky ‘village’. This impressive building stands at 35 metres high and contains all the modern technology needed to produce their peated and nonpeated spirits. This is currently the world’s most climate-friendly distillery - gravity is used as part of the fermenting and distilling process, which saves 50% of energy compared to the average distiller. 700 litres of ‘new make’ is produced here every day, where they use only the heart of the batch and recycle the head and tail. Nothing is wasted. And the same copper stills and malt are used to make the Intelligens whisky. 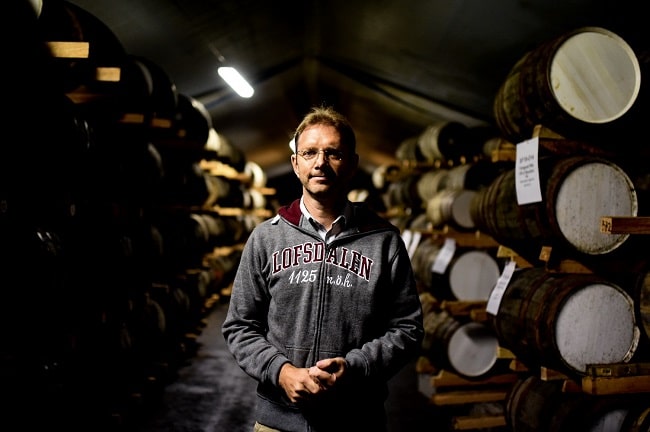 It was only until right at the end of our tour that we finally had the first taste of the AI whisky and discovered how it was made. Using Fourkind’s technological methods, their computers (powered using Microsoft’s Azure Cloud platform and Machine Learning Studio) came up with close to 100 million recipes. Original Mackmyra recipes, along with other information such as customer preferences and ratings, were fed to the Fourkind AI model to produce these blends which it predicts will be popular and of the highest quality. They were then whittled down using certain algorithms, along with Angela’s own ratings, to a much smaller selection. 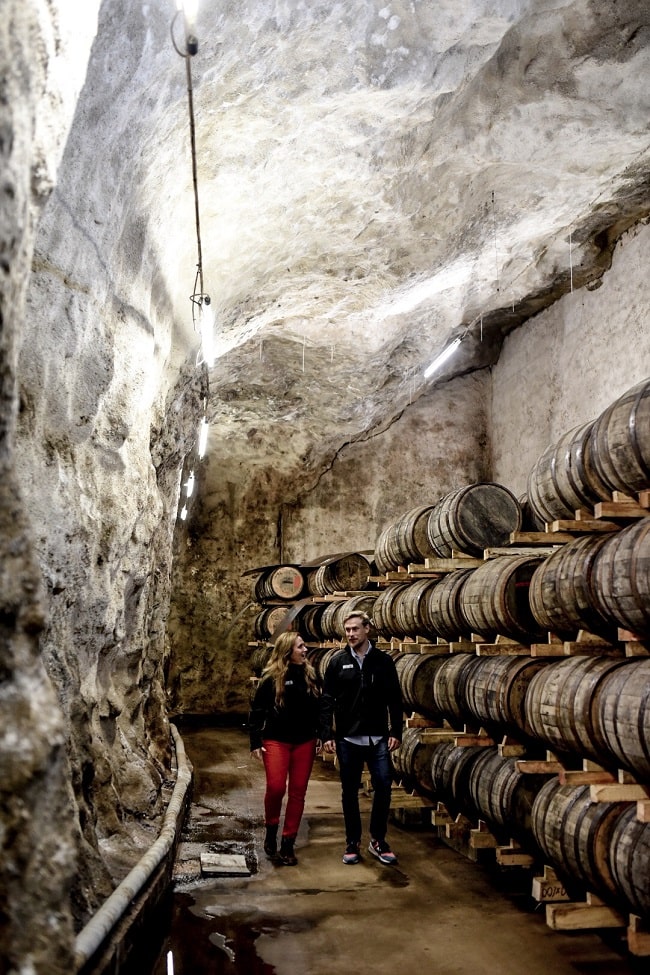 It was a backward and forward process to enable the computer to learn what is considered a desirable and less desirable recipe. Angela then had the final say and decided on recipe 36. She also chose to use fine new American casks for maturing. It is worth noting that the intention of using AI was not to create the perfect whisky or replace the human nose. As Jarno Kartela from Fourkind confirmed, it is almost impossible to make a whisky without the nasal receptors and taste buds of a Master Blender. AI has been used as part of the team and as an alternative method to the whisky production process. 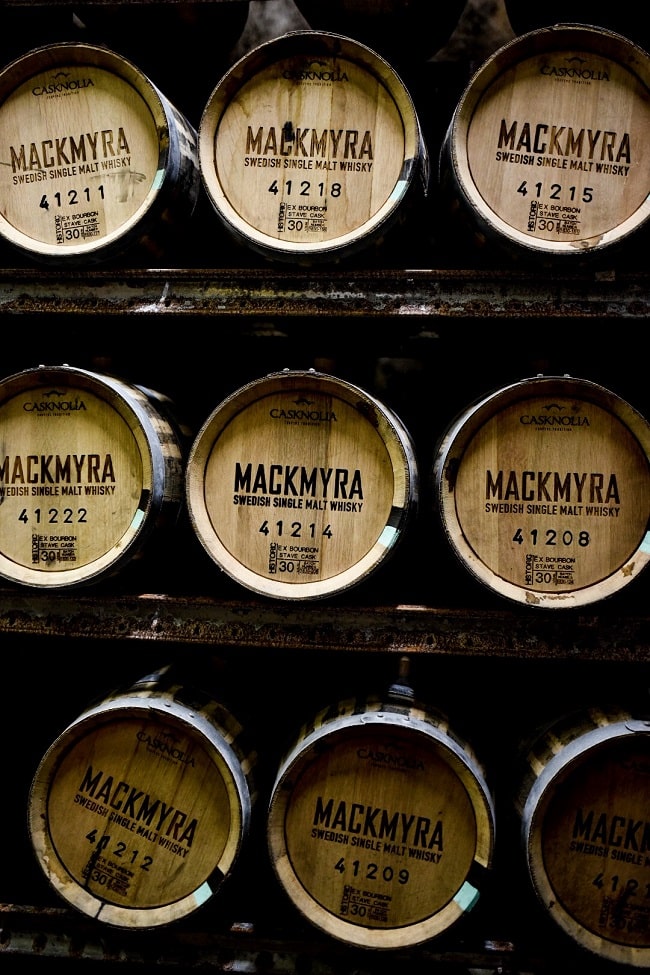 The Intelligens whisky itself is golden toffee in colour. It is ever so slightly smokey (due to 2% smoke distillation), spicy, round and has a long aftertaste. With the oloroso finish, it has a buttery grape tone on the tongue and citrusy scent of apples and pears. There is also a hint of vanilla and fine oak from the casks. In summary, there is no doubt it is extremely pleasant to drink. Whilst tasting it, many of us were wondering what is the benefit of using AI, when we have such skillful blenders such as Angela. What we were reminded of on the trip was that with whisky and spirits, no matter the process, it still always comes down to personal ‘human’ taste. It is a fascinating and extremely innovative method that Mackmyra, Fourkind and Microsoft have created, but the technology is just a part of the process and in the end, it’s our decision on how we drink it and how much we enjoy a blend. 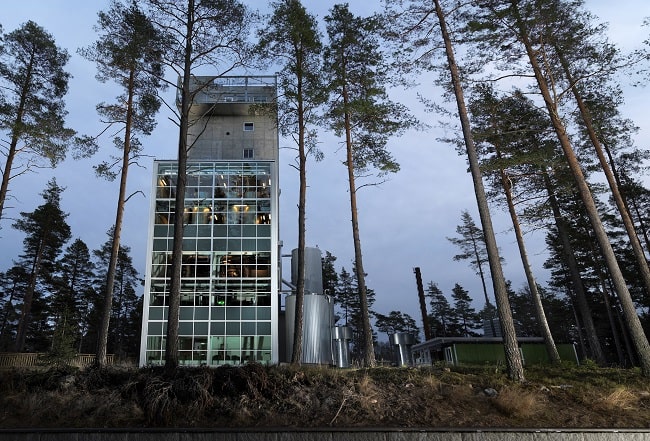 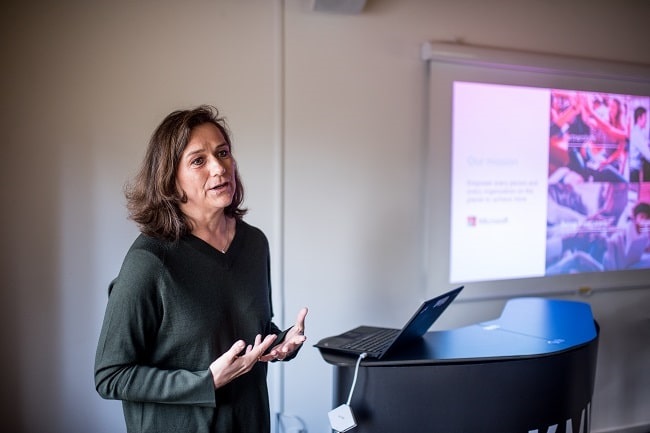