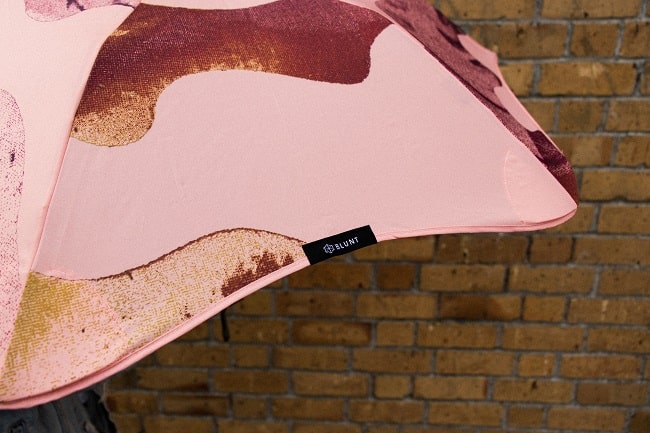 When it comes to menswear accessories, umbrellas don’t always make the list. They’re viewed as strictly utilitarian – if it keeps the rain off and doesn’t get caught up in the wind, it has done its job – and often, they’re seen as disposable – a few gusts, and it’s no longer good – and therefore not an especially sustainable item.

Going against these preconceived notions, Blunt Umbrellas debuted in 2009 with a sturdier, reinforced design meant to stay strong through repeat exposure – in fact, prototypes were tested in New Zealand’s conditions to support its initial goal. Models ranging from travel to golf size further give you a sustainable alternative to the typical corner-store variety that lasts a year, if you’re lucky. And, looking beyond the strictly practical perspective, Blunt collaborated with the latest iD International Emerging Designer Awards finalist, George Clarke, on a limited-edition design set to arrive later this year. 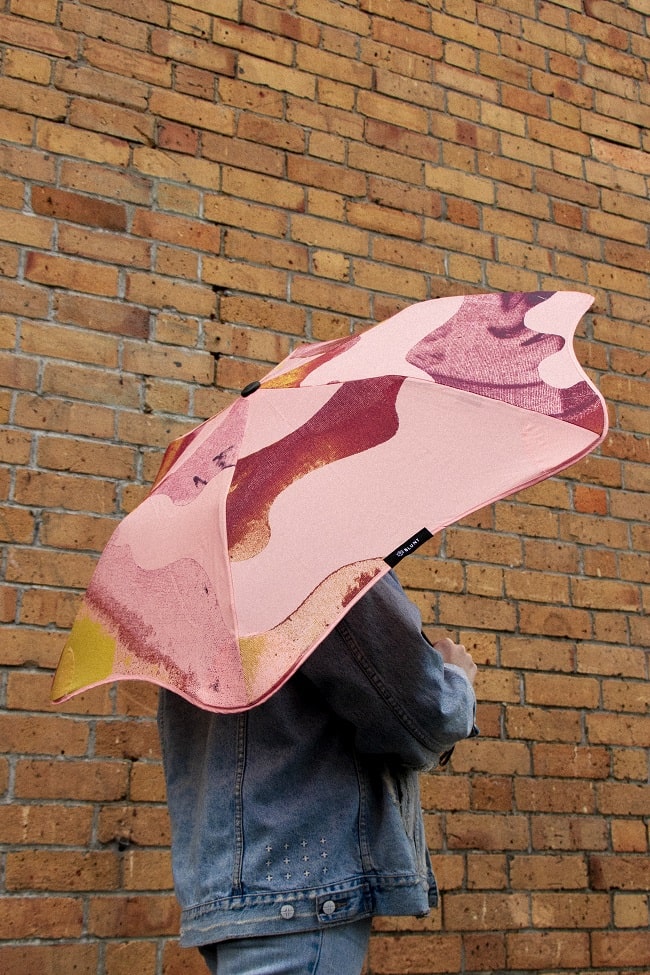 Living in London and dealing with the city’s rainy-to-windy conditions, engineer Greig Brebner found many flaws with traditional umbrellas: Low-quality material broke apart – even creating a safety hazard – and felt equally cheap. With time and wear, he had no other choice but to toss the weather-battered item out. For these reasons, Brebner – a New Zealander – decided to reinvent the umbrella, taking a different approach with its key features and testing his early models in Auckland before devising an ultra-durable system meant to handle some of the world’s craziest, most unpredictable environments. What resulted featured a fully tensioned canopy that became the foundation for Blunt and has since been described as “the world’s strongest umbrella.” Supporting Brebner’s vision, the brand won a iF Product Design Award and a Red Dot Design Award at the International Design Awards in 2014. 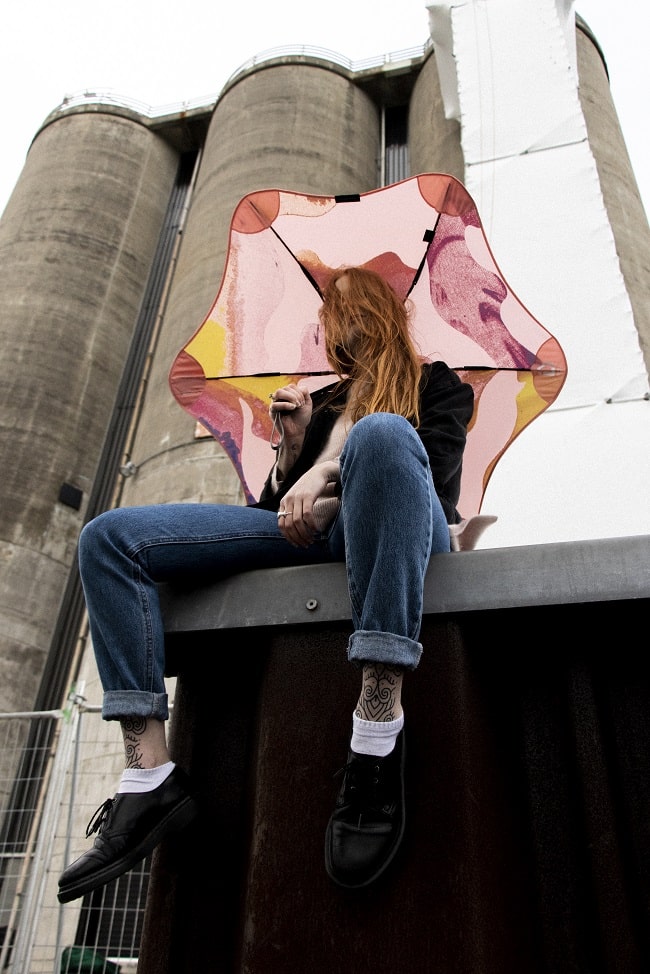 What makes a Blunt umbrella different from the competition? Within the fully tensioned canopy, double struts – called Blunt Struts – push the user’s exerted force outward – not just up – so that it flows through the uniquely designed floating ribs. The Blunt Tips, sitting at the ends in designated pockets, operate like miniature umbrellas to further assist with this process. Specifically, the Tips direct the tension right to the umbrella’s edge, reinforcing it against the wind and preventing the canopy from blowing upwards and out. Sturdiness continues through each umbrella’s design. You’ll feel it in the aluminum or fiberglass shaft – reliable and tough yet surprisingly lightweight – and you’ll also get the coverage – often enough to fit two or more people below – once it starts to pour. Currently, Blunt features five different models using this setup, tests each at winds up to 117km/h (72 mph), and has each product undergo a 38-point quality control check. In case an item does break, a two-year global warranty assists with repairs. 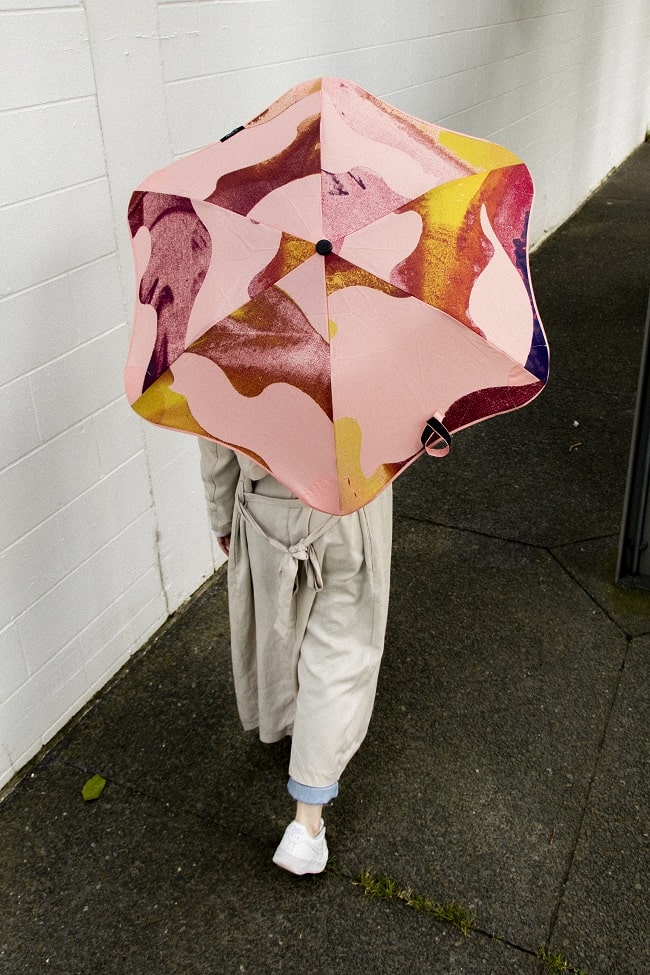 During New Zealand’s iD Dunedin Fashion Week, an annual event now in its 20th year and geared toward raising the profile of the country’s sustainable fashion industry, the company holds its Blunt Design Awards. As with the fashion event itself, the competition draws emerging designers locally and from across the globe, all of whom compete to have their designs featured on a Blunt limited-edition umbrella. This year’s competition, held in March, showcased the works of 33 emerging designers from 21 design institutions. Of this group, George Clarke – a London-based menswear designer who established his own label, GEC® Clothing, in 2017 – took home the prize for a camouflage-inspired design incorporating multiple colours and textures. The result starts with a warm pink base and – taking loose cues from the traditional Woodland pattern – swirls in multicoloured printed patches incorporating dark reds, warm yellow, and a deeper shade of pink. 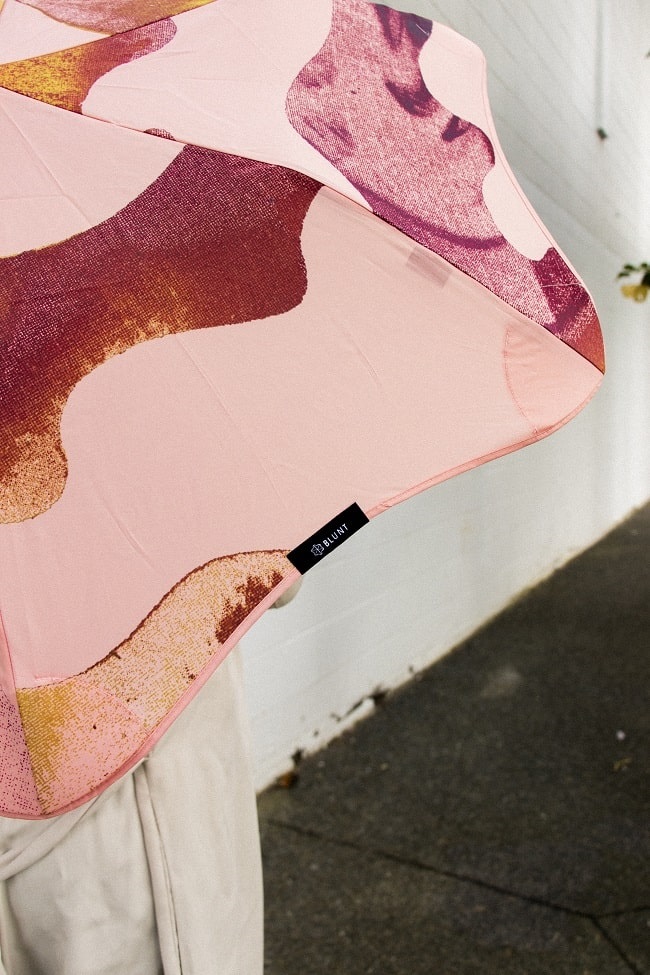 Clarke himself graduated with a BA in Fashion Design from Bath Spa University in 2018. Aside from this competition, he has been a finalist for the British Fashion Council, Teatum Jones, Levi’s, and Lenzing Sustainable Denim Design Awards with Orta Denim. In line with both Blunt’s and iD Dunedin Fashion Week’s mission, Clarke’s GEC® Clothing uses sustainable processes through its streetwear - and skate culture-influenced designs. “Using various camo prints and shapes, I worked on developing my own creative pattern, which would have a street-yet-elegant style,” Clarke explains to us about his design. “Applying the final print into a screen-print process, I then chose a variety of engaging and stunning beautiful colours, which would stand out and have an impact within a unique print on Blunt’s incredible tech shape,” he adds. 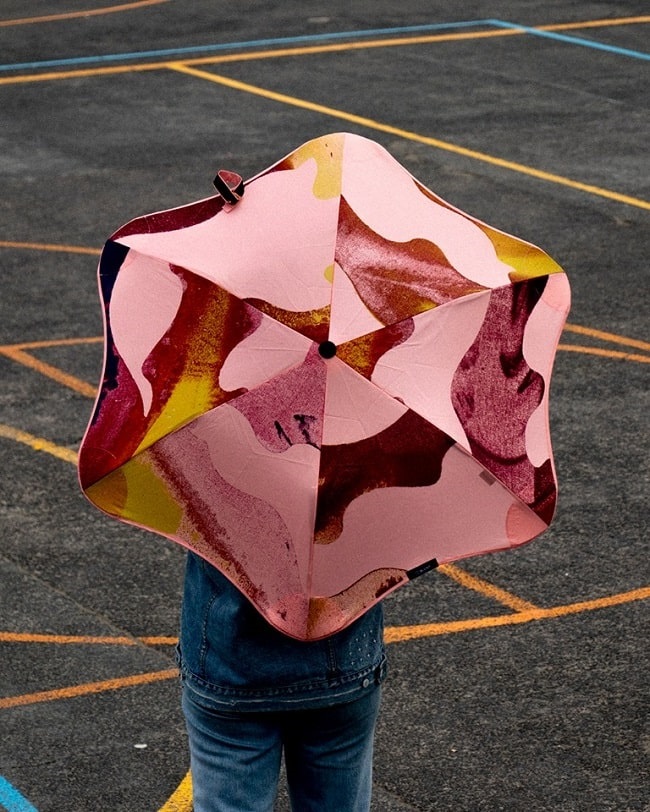 Going into more detail, “During the screen-print process, I worked and merged all the colours together to blend, allowing them to all spread into one,” he says. “Applying these multiple printing techniques, I created a distinctive camo print allowing the colours and textures to blend and fabricate into a unique print.” “We were excited to work with George Clarke after understanding about his emphasis on sustainable processes, innovative fabric designs, and fabric manipulation,” a representative from Blunt tells us. “iD Dunedin Fashion Week is all about creating and nurturing a growing sustainable fashion industry in New Zealand, as it is a not-for-profit, charitable organisation looking to give back to the tight Dunedin community. This helps to promote New Zealand’s long-held reputation as a clean, green country, and given this is also a focus for George, it’s a natural and celebrated partnership.”