SUMMER STYLES YOU CAN TAKE THROUGH AUTUMN 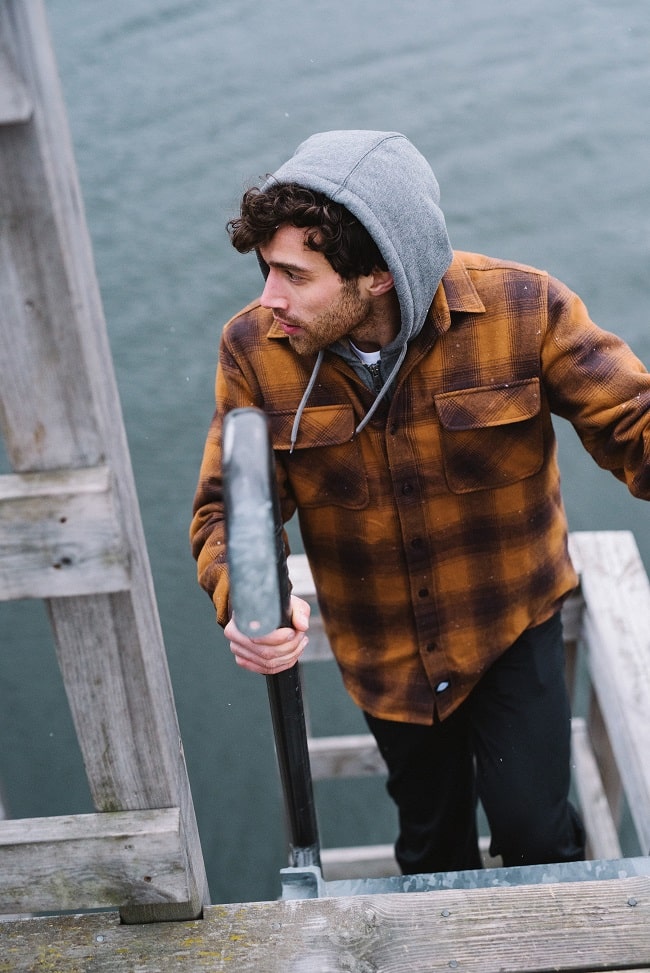 It’s officially lightweight jacket weather – perhaps with something knit or flannel below. It’s also the time you’ll be caught in a less-than-refreshing rainstorm going home from the office, or be faced with a surprisingly sunny afternoon during your lunch break.

If autumn could be summed up with one phrase, it’s “unpredictable.” You don’t know exactly what’ll happen – whether that’s flurries in October or one final weekend of summer-like temps until May rolls around. In any case, preparation’s the name of the game, and you can start with warm-weather pieces that still hold up into November: 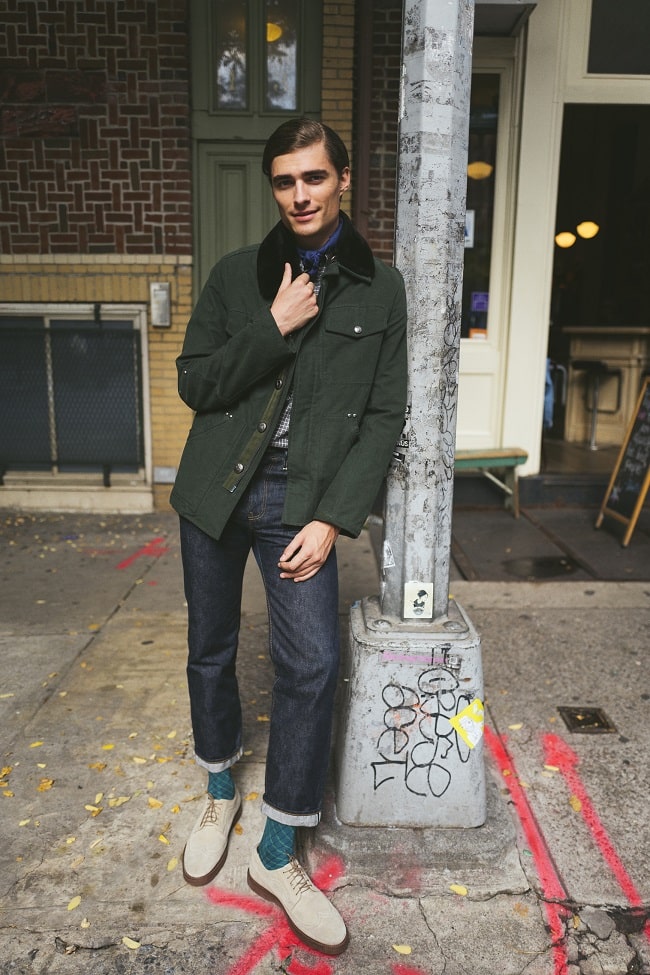 Rain knows no season. You know, however, that you’ll end up wet, and as the best and quickest way to keep your clothing dry, a waterproof shell, anorak, or raincoat can often be kept in a bag and taken out once that drizzle turns into a full-on downpour. By summer, all you have to do is wear it over your tee. By fall, it should be sized to fit over any lighter to midweight jackets – bombers, truckers, fleece, and puffer vests – you own. Keep it in rotation for winter, too, by ensuring it offers enough room to be worn over wool coats and full-on puffer jackets. 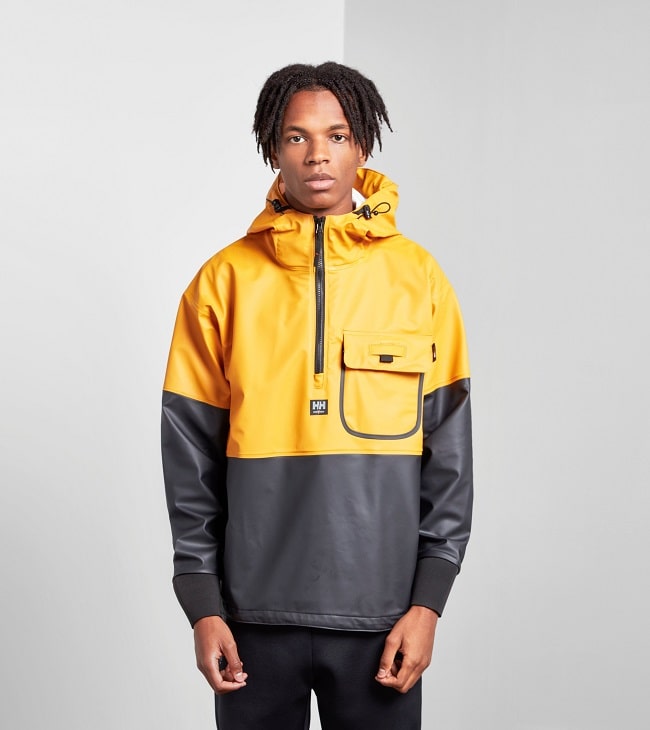 You know the drill: Darker, more saturated shades for cooler weather, and lighter, more washed hues for summer. Transitional seasons end up being a mix of the two, and in terms of denim, you can keep around those faded-but-not-quite-white jeans you wore all summer long, provided they’re not nearly ripped to shreds and have a bit more body. Now’s the time, too, to bring back those darker-wash pieces from winter and early spring, assuming the material isn’t too thick. This mix not only eases you through the changes, but further makes your double-denim looks less matchy-matchy. 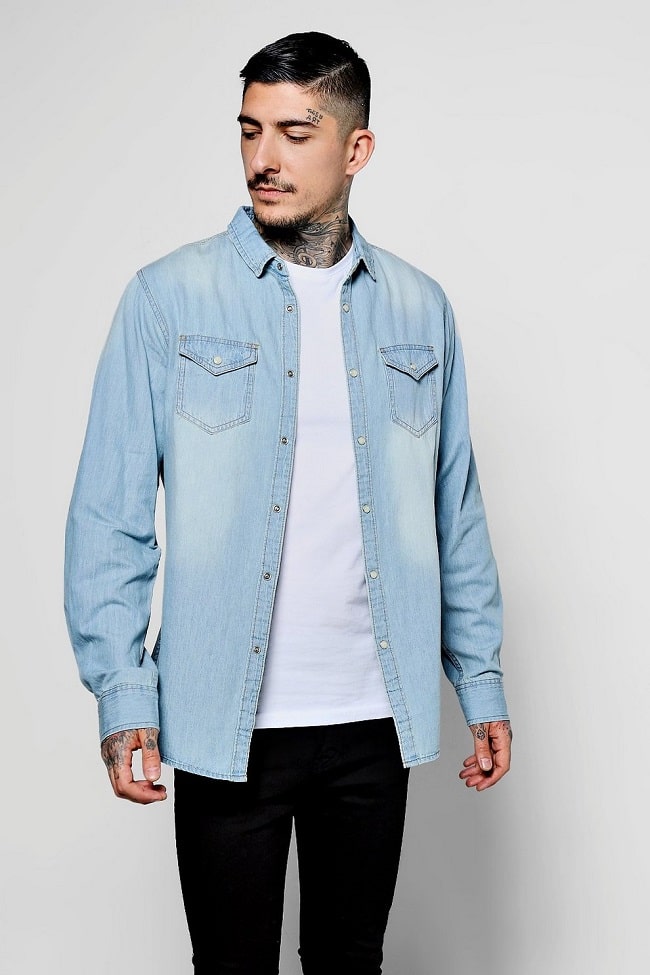 It’s not like, once September 1st hits, you have to go back to wearing lined sportscoats. You know how much the temperatures and conditions fluctuate: Hot and sun-filled one day, to wind with a slight chill the next. It’s air conditioners versus knit layers, and between parkas and tank tops, it’s anything goes. As such, that unlined, unstructured blazer is perfectly game, especially when that extra dose of canvas will overdo it. Instead, rather than wearing it over a rayon camp collar shirt, complement your heavier plaid button-fronts, or even try some layering with a V-neck sweater in between. 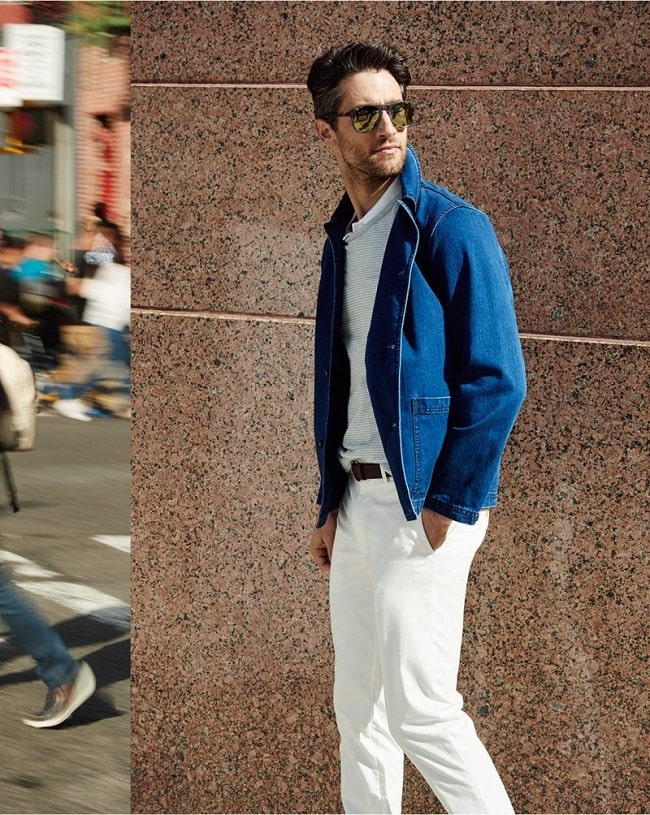 If any single material embodies transitional weather, it’s chambray. Light for spring and summer, thanks to the looser weave, yet in a darker, mid-wash shade perfect for autumn, it slips from one season to the next, with the right layers adapting it appropriately. Strictly speaking about shirts, now’s the occasion to slide a T-shirt under – nothing especially thick, but enough to give this traditionally-warm material some body – or try out something on top. Chambray’s the type of sun-washed, easy-going fabric that makes an unstructured blazer even more chill, and turns around a cardigan’s occasionally dated reputation. 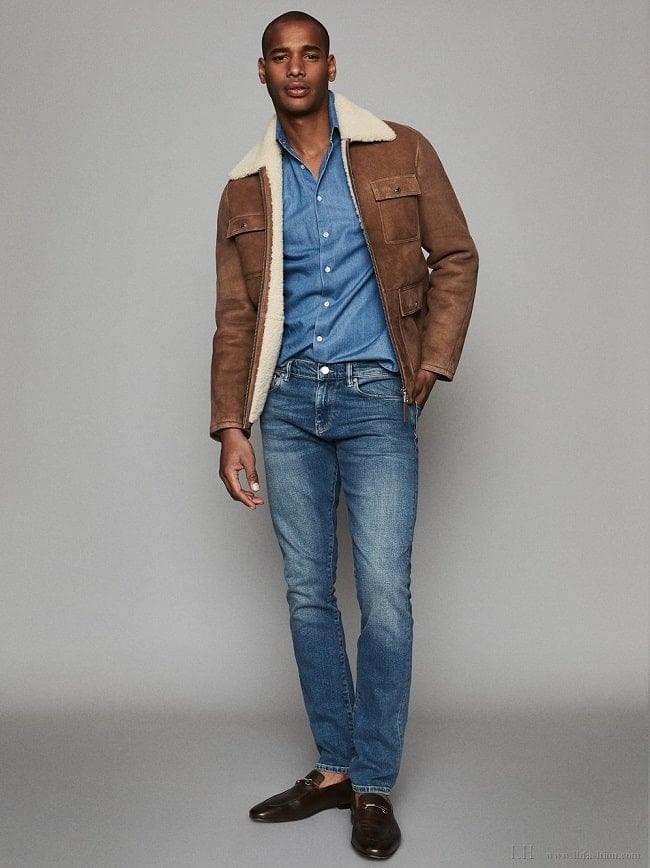 It’s one of the coolest fabrics around. And, we’re being literal here. For those that don’t know, raised puckered stripes are added to cotton or a cotton blend, and they position the material above the skin, allowing air to flow through and cool any sweat. There’s a reason it’s still associated with the American South aside from the Kentucky Derby. On the other hand, seersucker’s one of those cool-in-the-days-before-tech fabrics that’s grouped in with linen and ultra-light wool. Yet, this reputation works to its advantage. By spring and into summer, it’s that go-to dress fabric that works for just about every garment – blazer and button-down to your trousers. By fall, its substance – more than we can say for rayon and Tencel, in most cases – never feels too thin, and much like chambray, wearing it out requires a layer under or below. 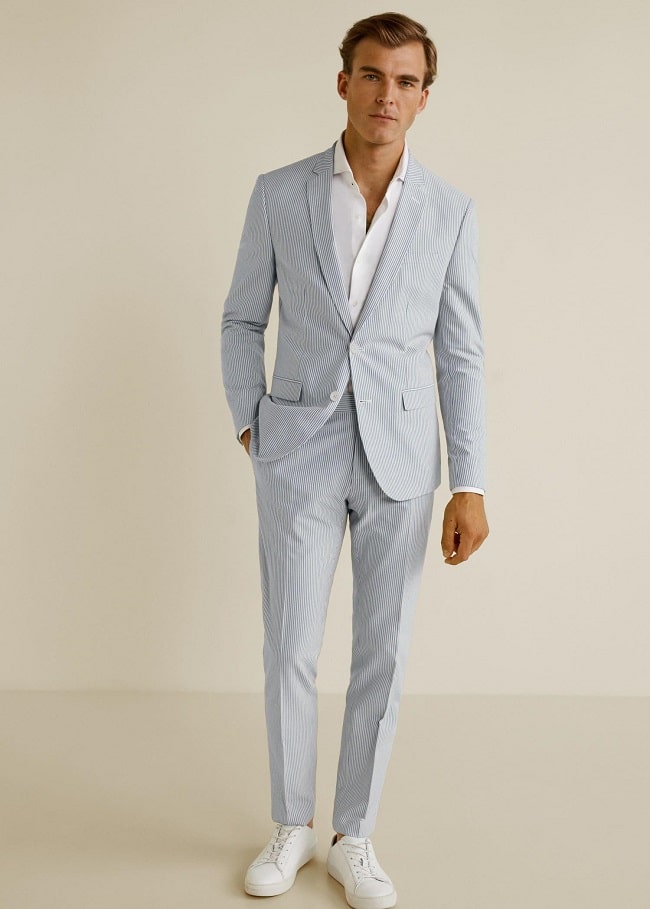 While they don’t explicitly say “summer” unless you opt for a thinner material, these lighter-weight jackets have the season’s early days covered. Seriously, with the weather fluctuating as much as it has, this heavier-than-a-windbreaker option pretty much does it all, regardless of what it looks like outside. Later on, though, you know something more will be needed – but it’s not quite puffer or pea coat weather yet. During this transitional period, the extra space present in a traditional trucker allows you to put a hoodie or bomber underneath. In all cases, just remember the rules for layering jackets, and you’re good to go until mid-December. 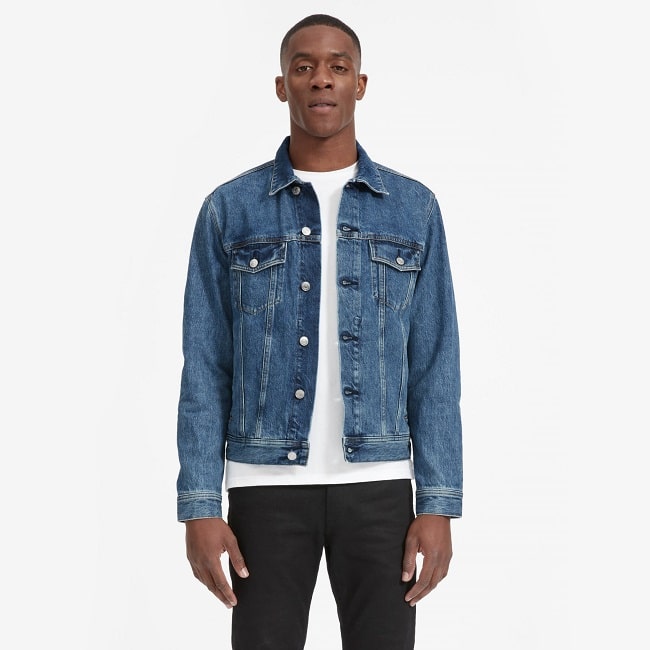 High-tops, chukkas, desert boots, and even oxfords. Whatever silhouette you’re envisioning, some brand, somewhere has created a canvas-based version. Whether it’s a Converse style that’s been around for decades or a newer offering from Cole Haan, the end goal is pretty much the same: Let your feet breathe through summer. Seeing the leaves change, though, doesn’t mean these somewhat-freeing footwear styles are resigned to your wardrobe. Instead, consider your socks: Come summer, you could’ve gotten away with a lighter-weight, cotton-based, or even techy style, but now, the mid- or even heavier-weight wool socks help give these shoes a little extra mileage – both literally and figuratively. 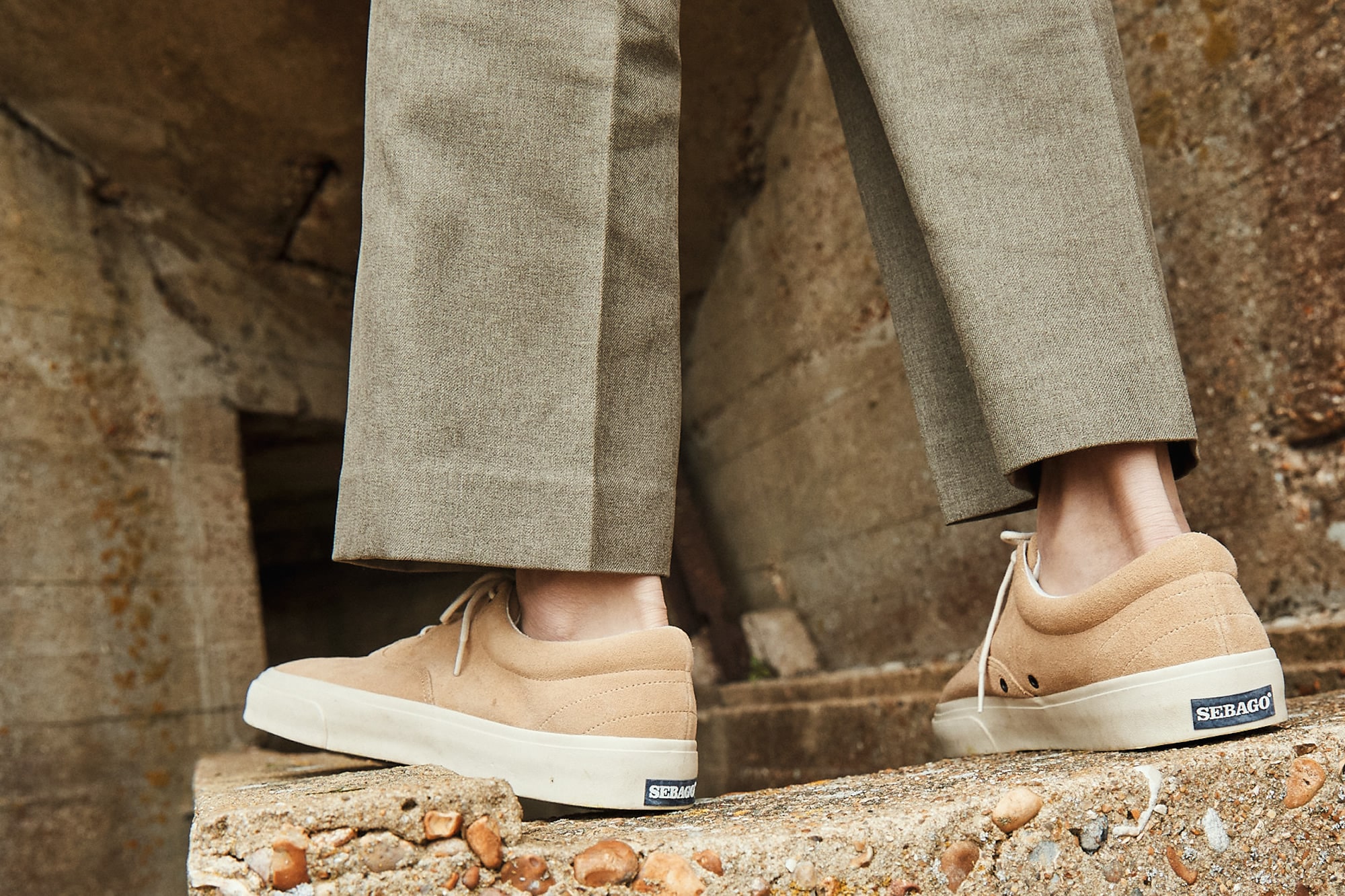