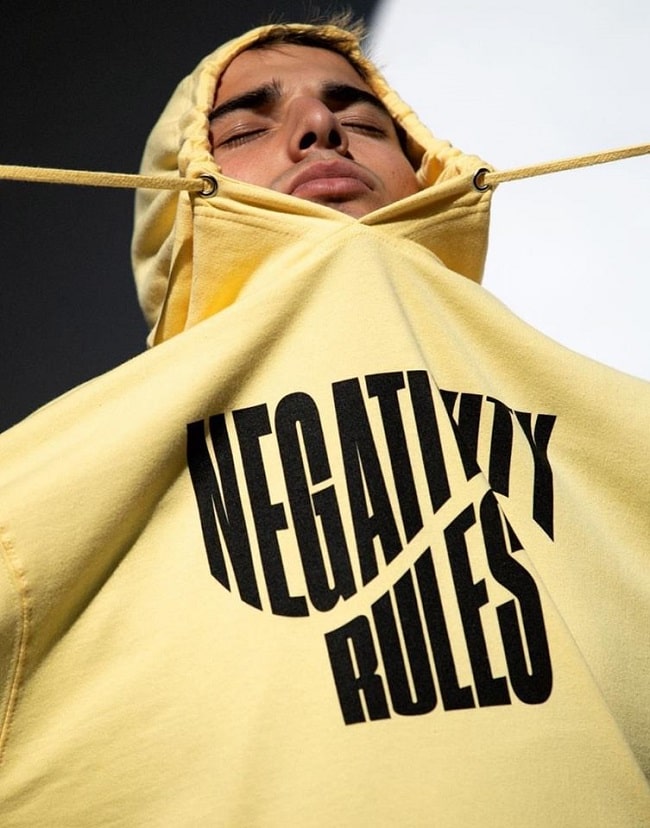 In 2015 Neek Lurk founded the infamous Anti Social Social Club (ASSC) clothing brand. The 27-year-old wasn’t a designer at the time and almost stumbled into the fashion industry. When asked whether the name or the products came first, he simply stated he liked documenting and making stuff. When it came to him photoshopping the slogan onto a t-shirt, people wanted to buy them and it then became a small business from there.

Neek Lurk found his main influence to be all the negativity in his life (hence the name). He’s created controversial products such as caps that feature the words ‘Suicide Club’ in Korean. Neek states that negativity is the key to his and the brand's success; people don’t want to speak about positive things as much as negative, so for Anti Social Social Club, the negative is positive. 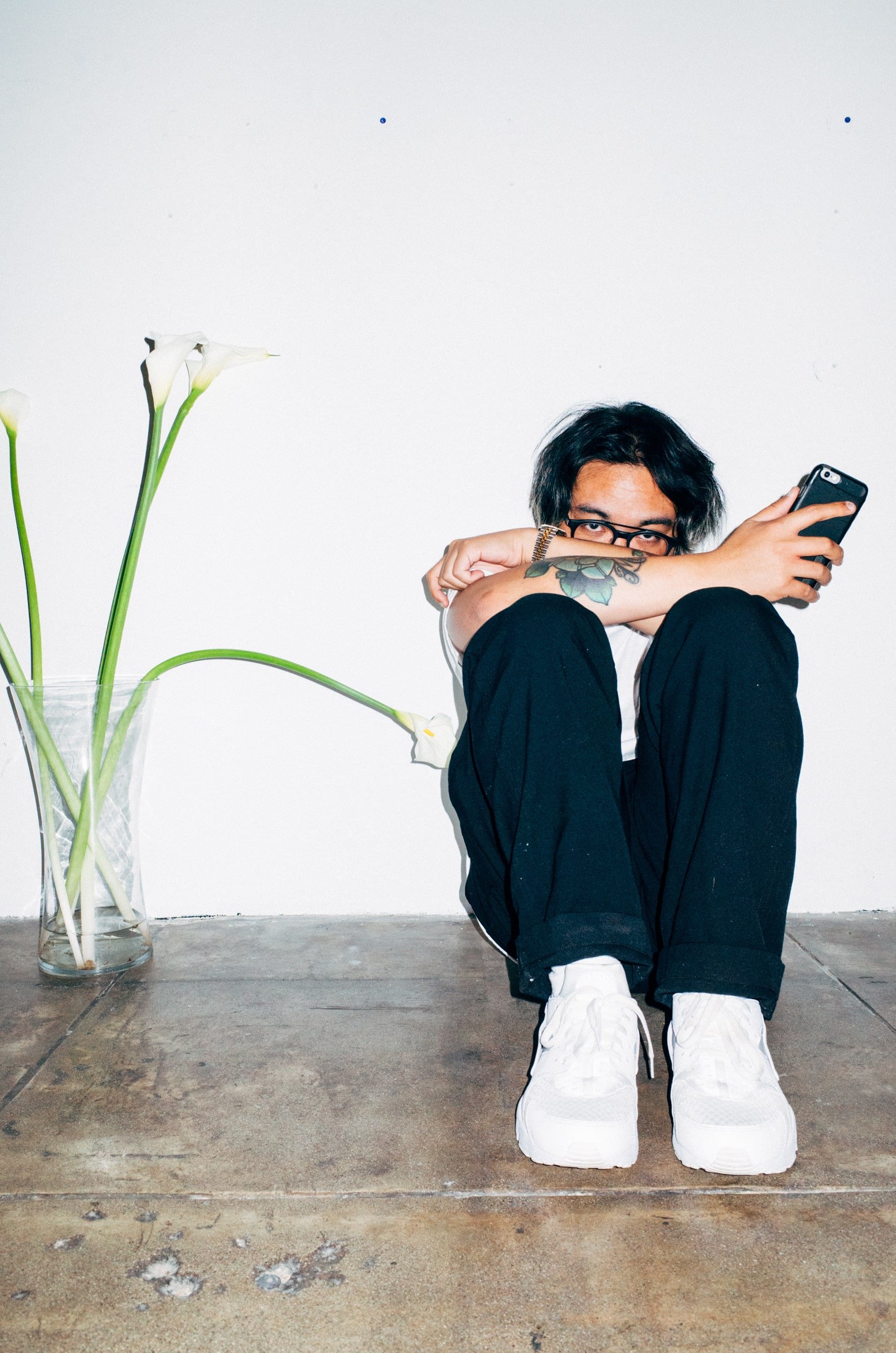 The brand was created in LA and over the past four years it has enjoyed collaborations with industry giants such as Hello Kitty, Playboy, A Bathing Ape and Dover Street Market. Neek began his brand by mainly selling caps that had branding on the side, and he’s always paid homage to the fact that without those caps, the brand wouldn't be where it is today. 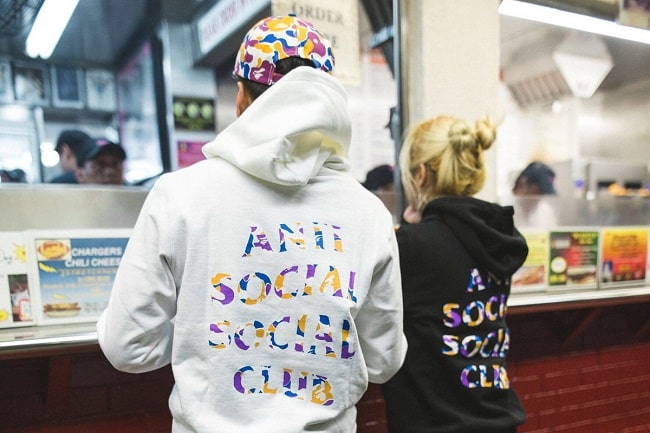 Neek Lurk has always used the brand as an outlet for his feelings, as he didn’t really talk about anything of substance before this. The founder has always been very open about his depression and how the brand has been built based on his fluctuating mental state. As his self-doubt (which is also the brand's tagline) was part of the reason he built up the brand. Neek has had an interesting history before he became a brand owner, often sharing and posting about luxury cars, Japanese porn and clothes, which has somehow still managed to get fashion and rap icons Kanye West and Kim Kardashian to become big fans of Anti Social Social Club. Interestingly, the majority of ASSC clothing is based on the life events of Neek and how he felt during those times. In one case a friend of his owed him over $700 after loaning her the money for a flight back to LA. The relationship didn’t work out well, and this made him feel really unhappy at the time. This inspired him to make the iconic “I Miss You” cap famously worn by Kim Kardashian. So without that feeling and event, he said it would never have been made. 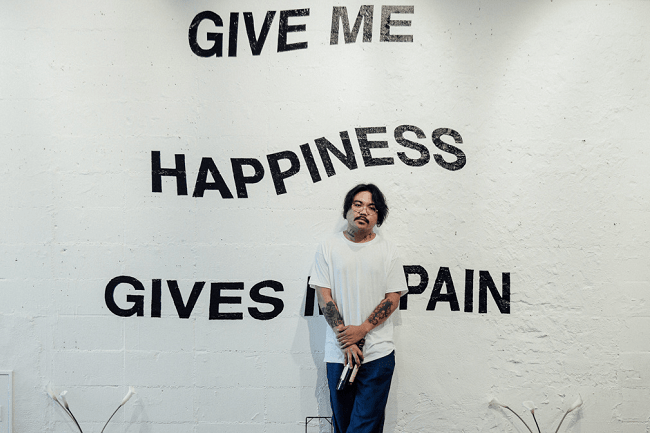 The Future of the Brand

Neek has also mentioned previously that he doesn't really have any goals with the brand and he normally needs organic negative feelings in order to design new products. But the designer also struggles when questioned about his actions when he once said in an interview that he was arguing with someone and the person claimed he was only arguing for inspiration. while this does hit him hard, he recovers and doesn't look for negativity and waits for it to come organically. 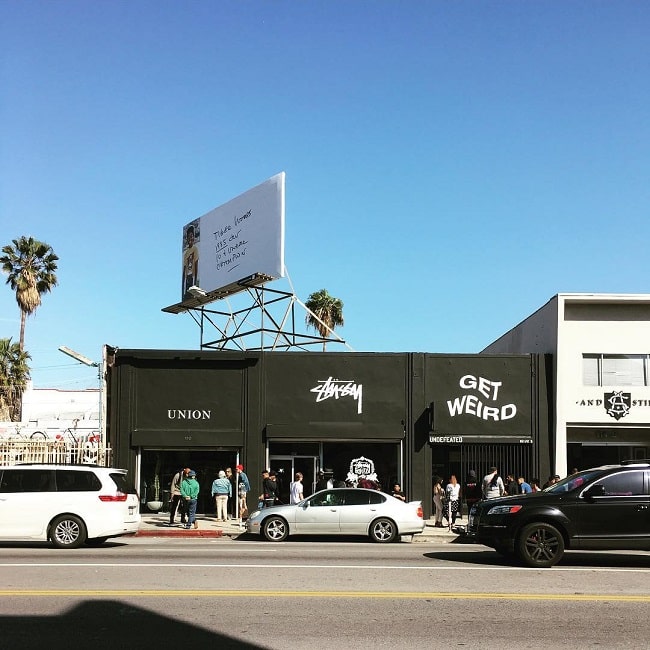 Urban streetwear is a continuing trend that doesn't appear to be slowing down. ASSC constantly sells out even with the product line consisting of generic slogan garments that don't offer a luxury quality, yet have a high price markup. This proves that it doesn’t just take quality to offer a luxury product, as this brand is more about life and being relatable.