DRESS TO IMPRESS WITH A SHOWSTOPPING SUIT 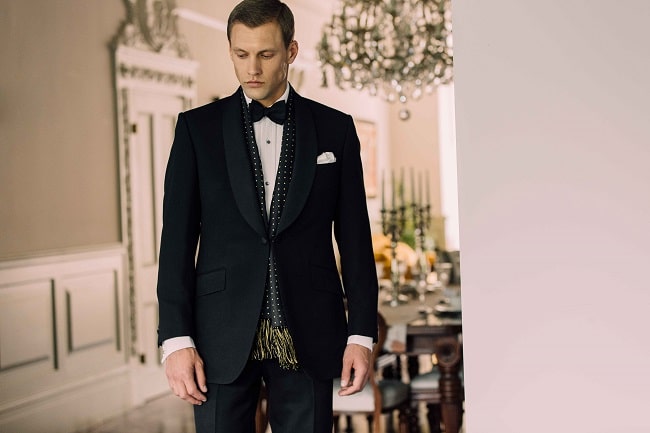 While sharp power suits used to be a fundamental part of men’s workwear, due to the rise of smart-casual workplace attires, they are no longer necessary. But not having to dress formally every day makes wearing a suit for special occasions much more enjoyable. Spending less on workwear allows men to splurge on lavish clothing for celebratory events instead, such as a made-to-measure (MTM) suit. Experiencing the precise fit and superior aesthetic of a suit which is specifically designed for you, will make it difficult to wear ‘off-the-rack’ again. In a survey conducted by New & Lingwood, over a quarter of British males said they would treat themselves to a MTM suit for a special occasion, while only 7% of respondents would buy a suit for business.

Menswear journalist, podcaster and consultant Aleks Cvetkovic, said: “Men aren’t prepared to be uncomfortable in their clothes, and the traditional ‘rules’ and formal stipulations of menswear are growing increasingly tired. These days, business suits are growing less common in the city, and are increasingly only seen in small pockets of the financial world and the legal profession. No one wants to spend money on a uniform, but some men do enjoy spending that bit extra on something they choose to wear for pleasure. For the first time in a century, some men are choosing to wear a suit rather than be tied into it as part of a regulated dress code.” So, why do MTM suits take men’s tailoring to the next step? 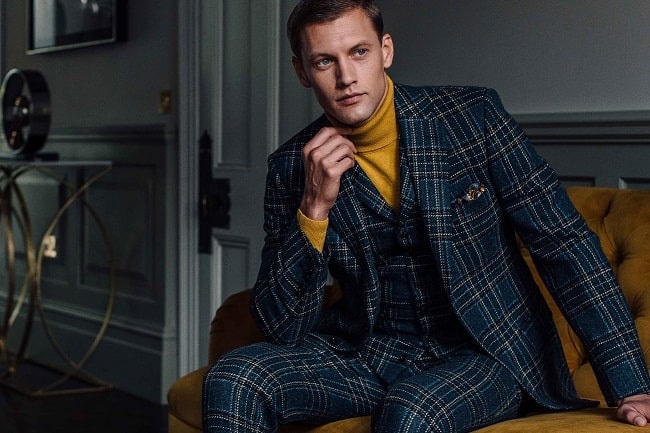 MTM suit vs ‘off the peg’

When shopping for a high-quality suit, it can be difficult to resist the flashy designer labels. Although they’re better quality than high street options, the steep price is often a result of the brand’s name, rather than the craftmanship. Finding an ‘off the rack’ suit that doesn’t need adjusting can be difficult. Whereas a MTM suit is made from an existing pattern that is modified to your exact measurements. This ensures the garment flatters your proportions and is comfortable to wear when sitting, standing and moving around. “I think it’s also important to say that made-to-measure tailoring shouldn’t just be considered appropriate for occasion-wear; it also exists to provide a solution to men who aren’t a good fit for a stock size,” Aleks continued. Being able to hand-pick every element of the suit, including the fabric, lining and detailing, guarantees it’ll reflect your taste. This can be especially useful for people with a unique style that isn’t often emulated in stores. The first-rate quality of a MTM suit allows you to walk with confidence for important events. The longevity of the garment also ensures you can wear it on numerous occasions. 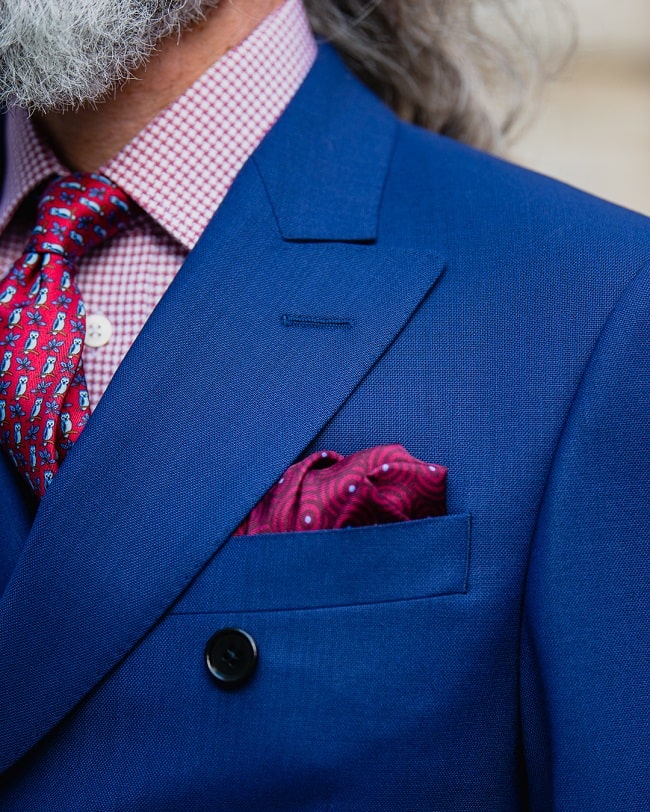 In the survey, it was found that men were least likely to invest in formalwear for sporting and social events, with just 6% and 4% votes respectively. However, men aged between 25 and 34 years old showed the most interest in splurging on MTM suits for these occasions. Aleks continued: “Initially, the majority of men will opt for something versatile that can be worn in different contexts, but once they have tried made-to-measure once and enjoy the experience, they’ll come back again and on that second or third order might be persuaded to try something a little different.” A further 27% of men would be encouraged to make this purchase for a special occasion, be it a birthday, anniversary, New Year celebration or Christmas. Interestingly, this was the most popular response from men aged 55 and over. 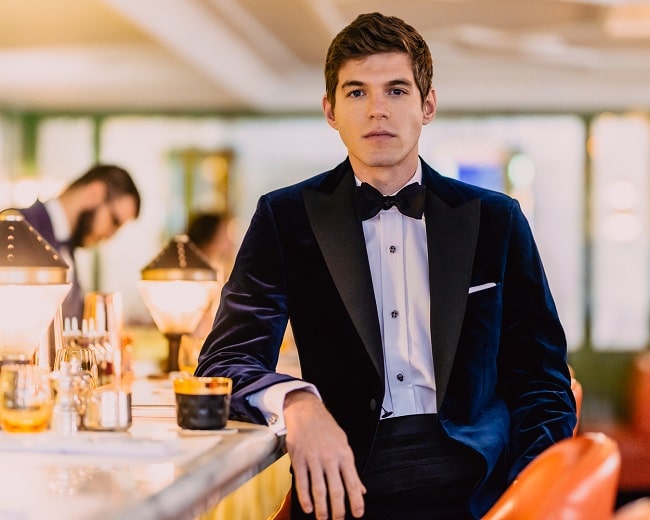 Getting married is a huge celebration and deserves to be done in style. While all eyes are usually on the bride’s dress, more grooms are stealing the spotlight with impressive suits. In the survey, 40% of respondents said they would invest in a MTM suit for their own wedding. Aleks added: “Having a suit made to measure is a special experience, befitting an occasion such as a wedding or christening, or as a reward to yourself ahead of starting a new job.” The experience of getting a bespoke suit adds to the excitement of the lead up to getting married. A design that expresses your creativity and personality, while providing a comfortable fit, will ensure you feel your absolute best on the big day. However, a MTM suit is also the perfect choice for guests who want to dress to impress. A further 13% said they would make the lavish purchase when attending somebody else’s wedding. Guests may have a bit more freedom to dress more eccentrically than the groom but it’s important not to upstage him and to follow dress codes. Although MTM suits may be initially purchased for a particular event, once experienced, it will soon become a wardrobe staple. 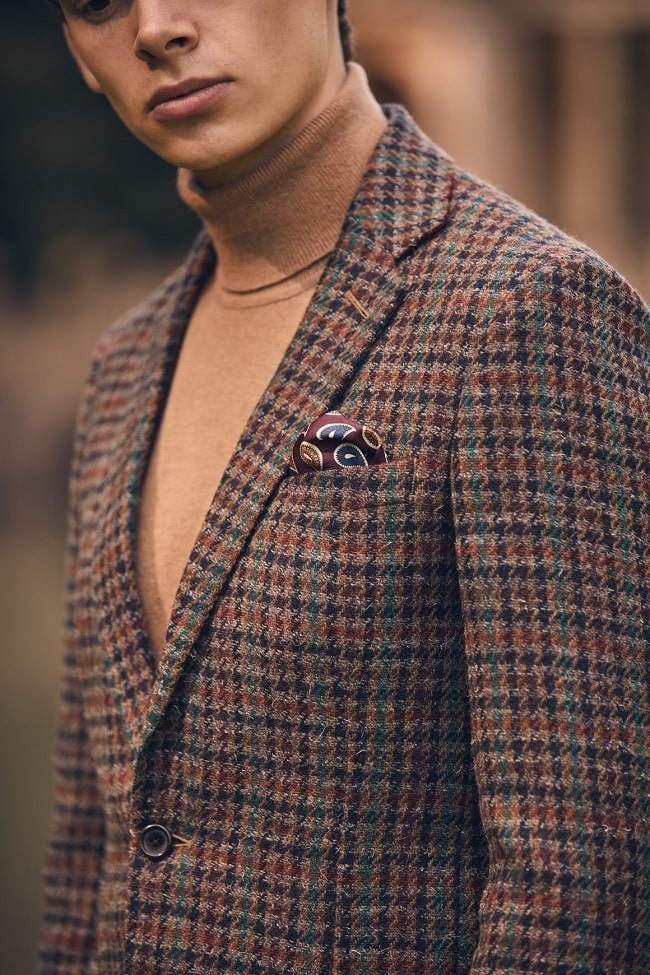