11 FUN SPORTS EVERYONE SHOULD TRY ONCE 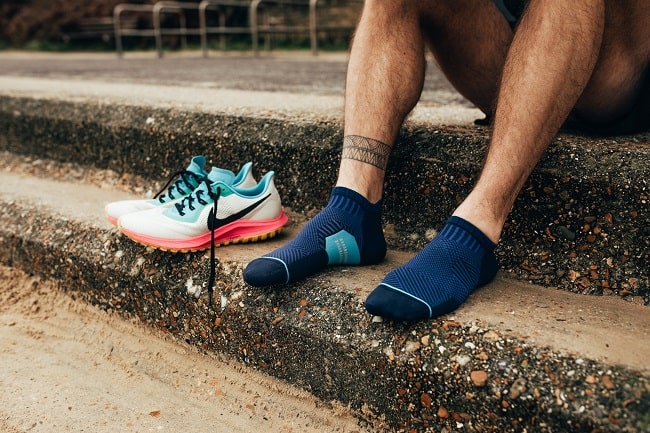 It seems like we’re young, we’re always running around, staying active, and trying new things. But then, once youth has passed, it feels like we have to contend with too many responsibilities. Without even realising it, we fall into a more sedentary lifestyle. If we do exercise, it’s usually just at the gym, or a quick morning run. Those things are fine, but they’re not all that much fun. If you’re going to stay fit, then you may as well have some fun doing so! One of the best ways to do that is to take up a sports activity. They keep you in shape, but also bring other good things into your life, such as meeting other people and providing a challenge. If you’re not sure which is the right sport to take up, then take a look below, where we outline some sports that everyone should try at least once. Once you’ve tried them, you might just find that you’ve discovered a new passion!

OK, football might not be the most niche sport you could play, but there’s a reason why it’s so popular: it’s accessible, a lot of fun, and you’ll always find plenty of people to play with. Most people have spent at least some time playing football, but if the last time you played was when you were in school, then look at getting back into it. It’s a different experience when you’re playing five a side with good people. There are games for all abilities, so don’t let a lack of practice put you off. You might be awful in the first game, but by week three you’ll have begun to get the hang of things. 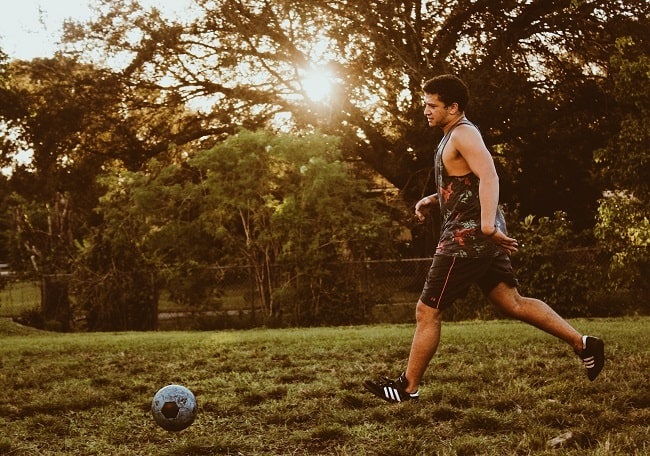 The UK is divided into camps when it comes to the dominant sport, and it mostly comes down to where you grew up. While most cities are football places, there are also many corners of the UK where rugby is the most popular activity. If you grew up in a football zone, then you may never have even considered playing rugby, but you should. It can be more physical (though doesn’t have to be), and also feels more primal than other sports. You always end up covered in mud and fully worn out after a game of ruggers. Since pickup games are harder to come by, it’s best to get in touch with a local club and ask if you can come down to train.

You may have spent time on two wheels when you were younger, but it’s a completely different experience when you’re a fully grown adult. Then, you can enjoy cycling to the max. There are two different types of cycling that people enjoy: road biking and mountain biking. There are benefits to both, but which is right for you will generally depend on what type of fun that you like. If you’re an adrenaline junky, then mountain biking is the way to go. If you like your activities to be a bit calmer, though most definitely gruelling, then look at road biking. You’ll get fit from doing both, and you’ll be able to discover places that just aren’t accessible by walking or driving.

It’s usually around Wimbledon that people decide that this is the year when they want to take up tennis. Alas, the competition ends, and people quickly move on. But it’s worthwhile powering through and actually making it happen! There’s much fun to be had from getting on the court and having a couple of games, especially on warm summer evenings. It’ll help if you’ve played racket sports when you were younger, but you can still pick it up if you haven’t. Since it’s a popular sport up and down the country, you should have little difficulty in finding a court and people to play with. 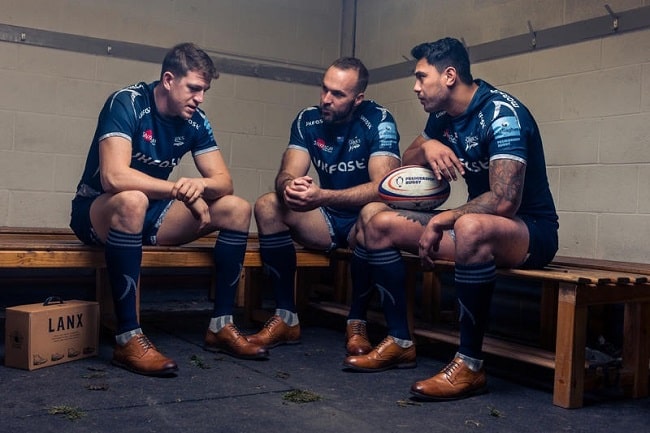 And then there’s the other version of tennis: ping pong. This, admittedly, doesn’t get you quite as fit as full tennis, but it can be used as part of an active lifestyle, and it’s amazingly fun. You’ll almost certainly play terribly in the first few games, but the good thing about table tennis is that it doesn’t take all that long to reach a high standard. After five hours of playing, you’ll feel pretty confident.

Out on the Water

Given how much water we have in the UK (both inland and around the edge), it’s kind of interesting how little we all play sports that involve water. There’s much fun to be had by spending some time in a kayak, or on a surfboard. Those activities can require equipment that’s expensive, and can also be difficult to pick up without help, so look at signing up for a trial class before you get too committed. And of course, we can’t talk about water activities without mentioning swimming. It’s an outstanding way to get fit, and can be highly enjoyable -- indeed, some people talk about the euphoric state of mind they achieve when they get in the zone.

One of the issues with many of the sports we’ve mentioned so far in this list is that there’s generally an upper limit, age-wise, when it comes to playing. It’s unlikely that you’ll be playing rugby when you’re in your fifties, for example. As such, it can be a good idea to look at choosing a hobby that you know you can play no matter how old you are! Golf is one such example. It’s a challenging game, and there’ll be days when nothing on the course goes as planned, but you’ll be thrilled when things go well. It’s also social, and can be more physically rewarding than most people think -- you do walk around four miles every time you have a round, after all. 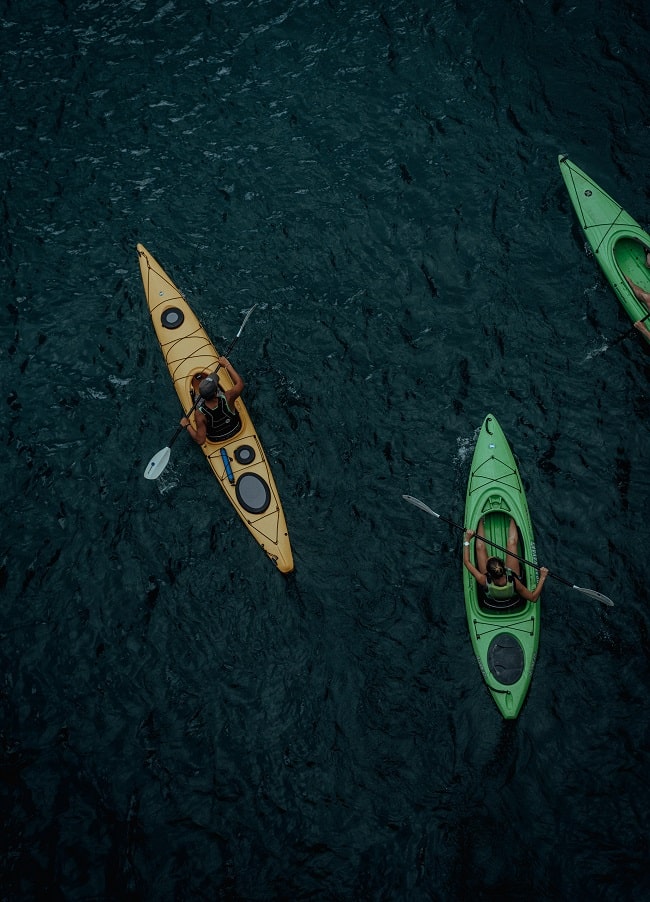 Is there a more classic English image than a game of cricket on a summer’s afternoon? Not in our book. There are plenty of good reasons to join a cricket team, including, of course, the sporting factor -- but then there’s also the social factor, and the joyous prospect of spending a summer’s day outdoors, having a rather gentlemanly game against another local team.

Many people go for the occasional run, but there’s value in taking up the activity more seriously. Rather than just running until you feel a little tired, you can challenge yourself to run faster and better. There’s much joy to be had in running 5 miles in a personal best, time. And once you’ve got the hang of long-distance running, you can go even further, and look at competing in marathons. There’s also something called “runners high” which typically keeps people coming back for more. If you go for a long run, then round it off with a cold shower, then you’ll be guaranteed to feel amazing!

Basketball might not be the most popular sport in the UK, but it is catching on, thanks to the increasing popularity of the NBA. If you’ve never played before but also fancied giving it a go, then invest in a cheap ball and hit the local park; most of them have hoops. Learn the correct technique, and you’ll get the hang of it in no time. 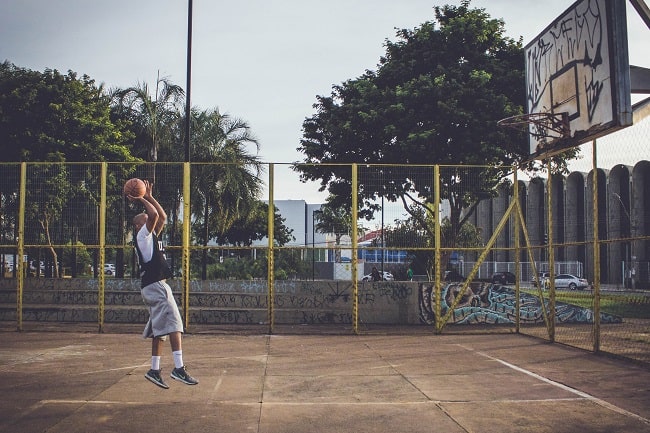 Finally, what about rock climbing? It’s super competitive (against yourself), there are options for all levels, and you can get super strong. Start at an indoor centre, and then look at climbing outdoors -- just be sure to be safe!