EXPLORING THE RETURN OF IVY LEAGUE AND PREPPY FASHION 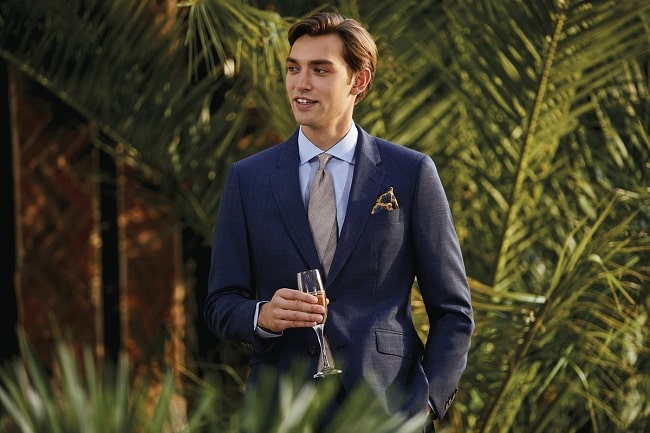 It was about time. We’ve already seen polo shirts made a return – more athletic this time around. And, pleats reached their peak last summer. Spring/Summer 2020 is all about the pastels. And, in examining these three key tenants of 1980s styles, we’ve come to a clear conclusion: Preppy fashion is making a comeback. Only this time, it’s not elitist style reserved for well-heeled bankers and their brethren summering in the Hamptons or Martha’s Vineyard. Instead, it’s distorted – longer hems and baggier trousers – and made ironic by those who automatically or intentionally stand outside of WASPy social circles. You see the loafers, the chinos, and the rugby stripes, but now, it intentionally obscures the body, pulls from colours better suited for a rave, and isn’t the type of thing you’d wear through the doors of a Greenwich country club. Preppy is a catch-all term that has lost its meaning partially through time but also pop culture. It’s a style of dressing that has since encompassed collegiate or Ivy League style, which up to the 1960s, stood as a counterpoint. The boat shoes and board shorts of preppy fashion were for the weekends; the relaxed suit jackets, cricket sweaters, and chinos, by contrast, suited the school year at a selective New England college, like Harvard or Yale.

Accepted casual dressing at American universities, to some degree, spelled the death of proper Ivy League style, as did students outside these elite institutions appropriating these garments. While menswear historians still draw a line between Ivy League and preppy, they merged as one sometime before the ‘80s, likely when the mid-century college students sporting these styles joined and advanced through the workforce. Right now, multiple factors have brought this preppy-Ivy League amalgamation back from the brink: the collegiate merch trend surpassing concert merch styles, buoyed by Beyonce’s HBCU-inspired Balmain collaboration; renewed interest in late ‘90s and early ‘00s styles, including Ralph Lauren’s and Tommy Hilfiger’s preppy digs for the hip-hop crowd; and similar to the casual suit, a reaction to streetwear that’s so repulsed by last year’s scumbro but doesn’t want to go full-on chinos and pastel shirts. But, the shift brings about the question, what’s Ivy League or collegiate style, and how is it different from preppy fashion? 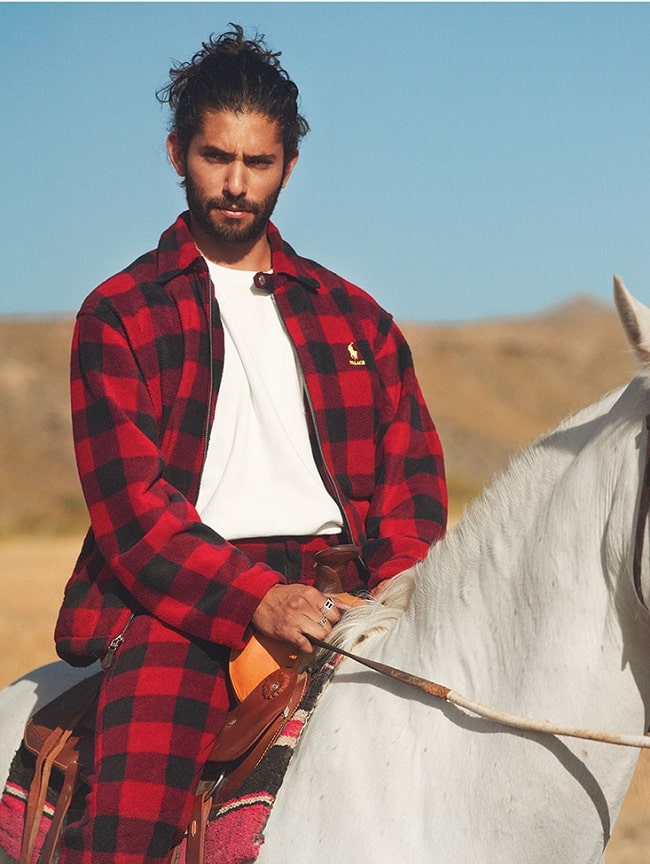 The Origins of Ivy League Fashion

It’s said that preppy dressing in the U.S. started somewhere toward the beginning of the 20th century, inspired by upper class British styles. Ivy League grew out of this gradually. Some pinpoint its origins to GH Bass & Co.’s Weejun penny loafers that, in the 1930s, became ubiquitous on Northeastern university campuses. Others trace its trajectory with Brooks Brothers’ pale pink button-down Oxford shirt, which debuted in 1955 and later became the framework for many of the literal collegiate garments that students and faculty could purchase through the Yale Co-Op. LIFE magazine gave it an official title around this point, with 1954 article “The Ivy Look Heads Across US.” Whatever the origins, Ivy League and preppy dressing pulled from the same sources. The key, though – especially as students attending university were still expected to dress up for a large portion of the 20th century – was setting. Although attire, like polo and Breton shirts, boat shoes, and cricket sweaters, all adapted British sporting attire seen in rugby, boating, cricket, and hunting to casualwear in the U.S., preppy, at this point, didn’t encompass the dressier garments, be it oxford shirts in pastels or madras, chinos, wool blazers, or loafers. Rather, preppy would be attire you’d wear to the beach in Cape Cod, to go sailing, or to a garden party. Strictly within the school setting, Ivy League style itself involved a degree of appropriation: Aside from admiration for British upper class signifiers, pieces were items young men’s fathers likely wore in the first half of the 20th century, but the formality imbued within Tweed jackets and military-sourced chinos had been given a particular casualness, through a slimmer fit replacing a straight-cut leg, softer shoulder replacing the padded standard, or a brighter colour or pattern. 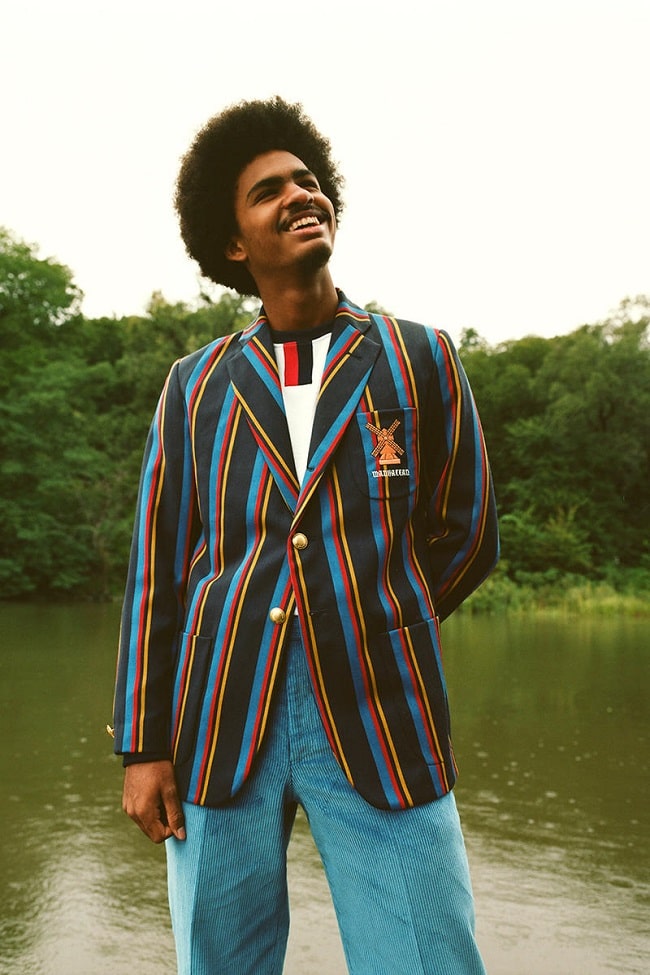 The dichotomy between true Ivy League and its casual preppy counterpart continued up through the '60s. However, during this decade and into the ‘70s, it became far less exclusive – seen prominently, for instance, on the era’s movie stars like Paul Newman and Steve McQueen – and growing counterculture movements on university campuses, plus the gradual loosening of general dresscodes, meant that class didn’t require a blazer, chinos, and loafers. At the same time, the college students of the 1950s were fully immersed in the workforce by the '60s and ‘70s and took their look with them; as such, Ivy League and preppy gradually intertwined and, in an everyday sense, became associated with the American upper and middle classes. The second half of the 20th century saw these signifiers come and go, with the first revival fueled by the Japanese market exploring American heritage styles in the '60s. Later, Lisa Birnbach’s The Official Preppy Handbook offered a window into the Northeastern upper classes in the early ‘80s, but it also provided a literal guide – and influenced the decade’s approach to excess – to dressing like someone who spends the weekends in the Hamptons. At the same time, while Brooks Brothers continued to chug along, Ralph Lauren made preppy and Ivy League staples far more approachable to the era’s consumer, and that continued in some degree through the ‘00s, when Tommy Hilfiger, Nautica, and Abercrombie & Fitch harnessed that same wave. Only, as it’s being revisited now, the looks were just as popular with the American upper class as they were with the era’s urban consumers inspired by P. Diddy and other hip-hop artists sporting rugby shirts and other preppy staples. 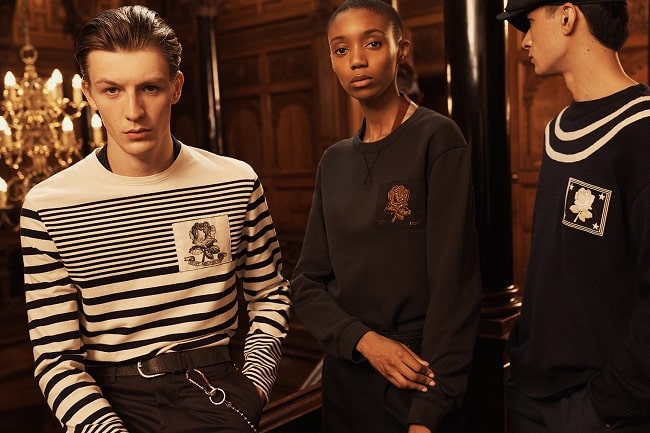 The Staples of Ivy League Style

Although you’re more likely to see university students in sweatshirts and jeans these days and the Yale Co-Op is long gone, informally replaced by a Gant store in downtown New Haven, unironic Ivy League dressing remains, albeit in a more selective form. Purists, though, claim that key pieces differentiate this collegiate style of dressing from run-of-the-mill preppy fashion. For starters, a textured fabric, like Tweed, herringbone, houndstooth, or even wool, needs to add character to your blazer, itself a single-breasted garment with a non-padded shoulder. In today’s climate, however, avoid a fully unstructured, unlined blazer. Men would complement this with a Chesterfield coat, a bomber, or a cardigan, depending upon the weather. Fleshing out your staples, men on East Coast college campuses tended to sport chinos or flannel trousers and an Oxford shirt, ideally in white or a light pastel. You could layer on a cricket sweater, ideally with the school’s logo knit into the design, or a similar Argyle-neck knit piece.

For autumn weather, a rugby shirt or a similar piece with regatta stripes is sufficient. Although you could possibly get away with tennis shoes on campus, penny loafers rounded out the rest of your staples. Buckskin shoes offered a bit more coverage once winter arrived. As another key piece, the Sack Suit remained a staple of Brooks Brothers’ lineup – and Ivy League style – for several years. While not as relaxed as today’s casual suit, it was considerably more laid back than the era’s suiting – hence the “sack” name. Beyond this attribute, sack suits sported specific details – a two-button cuff, created by unbuttoning the third and rolling back the cuff a bit – and flat-front trousers cuffed around the ankle. The shoulders appeared more natural, rather than the square style popular just a decade before, and the jacket generally featured no waist or defined darting. Amongst many of these garments, neutral and light pastel shades were acceptable. However, the madras pattern and fabric, due to its colourful plaid and lightweight construction, was a suitable alternative. 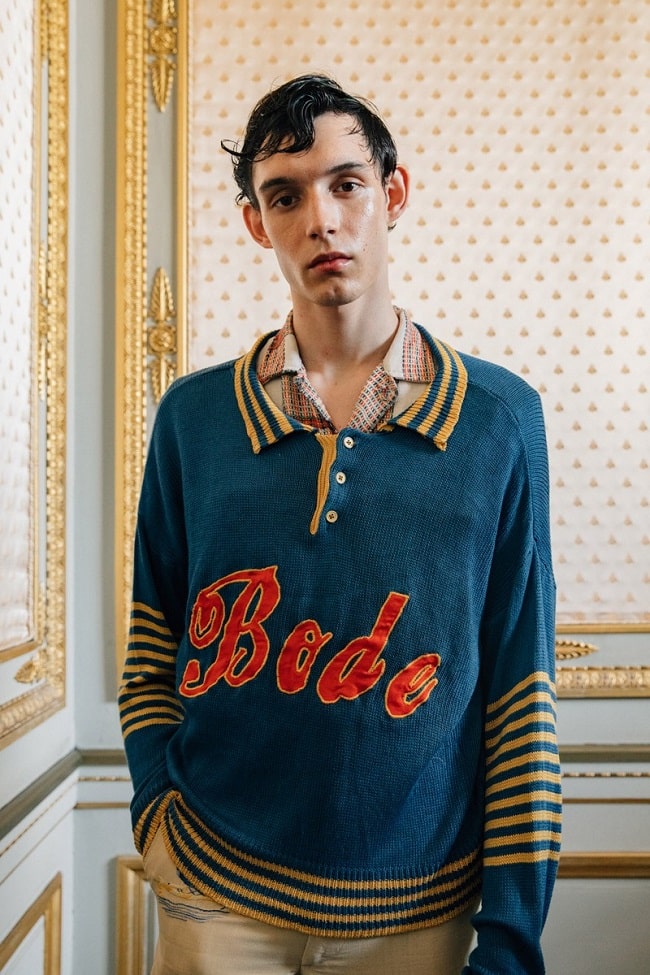 For a brief summary: It’s about as far from its origins as it could possibly be. The fact is, modern preppy style simply borrows silhouettes with no clear sense of context. Or, the context is understood, and used to thumb at its elitist, often exclusionary origins. Starting with the Palace Skateboards x Polo Ralph Lauren FW18 collaboration, silhouettes and garments only hint at Ivy League aspirations. Penny loafers, for instance, sport patterns or two-tone colourways and contrast against statement socks. Rugby shirts and sweaters, meanwhile, slouch against the wearer’s frame or sport a quarter-zip front instead of the usual buttons. As well, the “soft” suit might as well be the sack suit 2.0, with a draped fit that intentionally bags around the ankles. Between this, patchwork prints borrow from madras’ multifaceted nature, while washed-out pastels are saturated yet dusty for a bolder, more confident appearance that hints the wearer isn’t afraid of something a tad feminine. Big picture, today’s preppy looks as if he borrowed from the closet of yesterday’s Ivy Leaguer, but intentionally choose poorly fitting clothes and opted to blend as many clashing patterns as possible. He’s not seeking to seem sophisticated, nor is he wanting to blend in. Rather, he’s eyeing something symbolic of an institution that would’ve excluded him in the past, and claiming it’s now his regardless of what the rest of the world thinks. 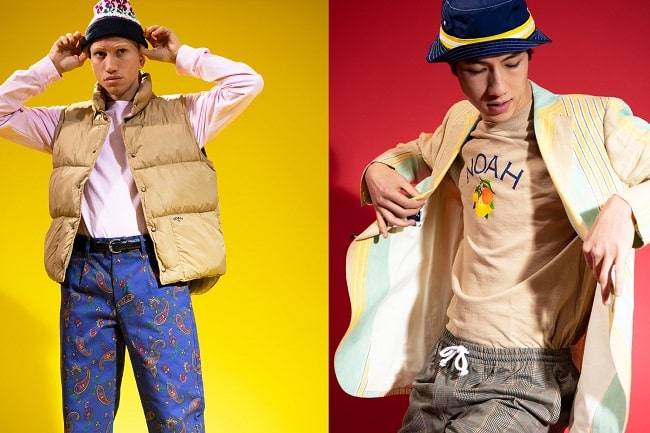