A BRIEF HISTORY OF THE PENFIELD CLOTHING BRAND 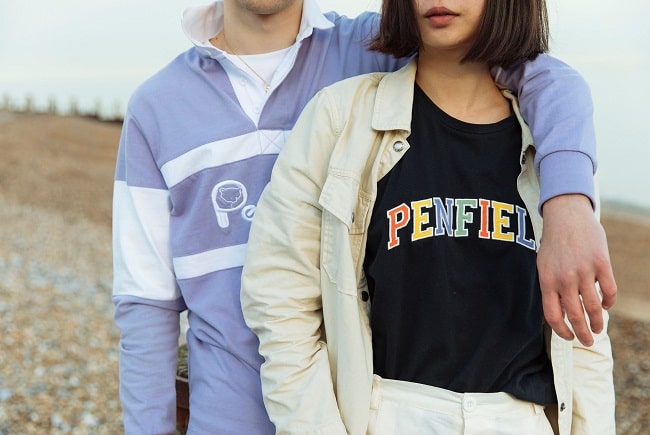 Coming to define American outerwear in the 1980s, Penfield has always been synonymous with high quality, down filled, outdoor wear. But for a brand founded in 1975, in the small town of Hudson, Massachusetts it has a rich story to tell. Formerly a town known for its rubber production plants and rail roads, Harvey Gross sought to fill a gap in the market using his extensive knowledge of the outerwear business. In doing so he purchased a disused textile mill in the heart of Hudson and equipped it with everything it needed to become, at the time, a world leader in the production of high-performance outerwear. To be more specific, Gross made sure the factory could produce what Penfield quickly became known for, down insulated apparel.

In four short years since opening their first factory, Penfield brought to the market styles that came to define outerwear of that era. Experimenting with durable rip stop fabrics, and their signature down insulation, Penfield masterfully merged the two worlds of Ivy League fashion and technical fabrics. With Hudson sitting less than an hour west of Boston, the trickle across of the 1950s Ivy League fashion hangover was unavoidable, something the brand was smart to recognise from the outset. 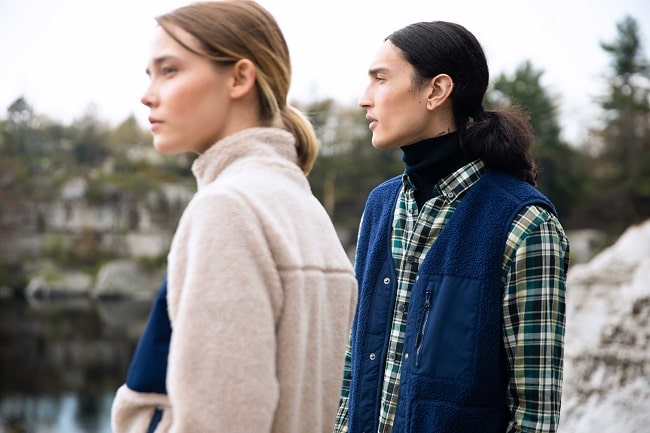 Early styles under the Penfield Trailwear handle included puffer jackets with oversized pockets, and high button up necks, as well as the introduction of their down vests that years later came to define early streetwear styles of the 2000s. These initial styles birthed the Penfield 80/20 insulation system – 80% down, 20% feather. Often rendering the garment over an inch and a half thick these pieces were made with the harsh New England winters in mind. Pushing their styles forward, other key pieces of the brand's initial 1970s offering were styles we still see today. For example, the Kasson Jacket with its oversized utility pockets and high zip neck guaranteed to keep you dry, whilst still adhering to that slight essence of Ivy League style that remained prevalent. In 1979, four years after opening their first factory, Penfield stepped into worldwide exporting of their jackets. Moving healthily into the 80s, they continued to develop their styles, and ultimately defined Americana outerwear style of that time. 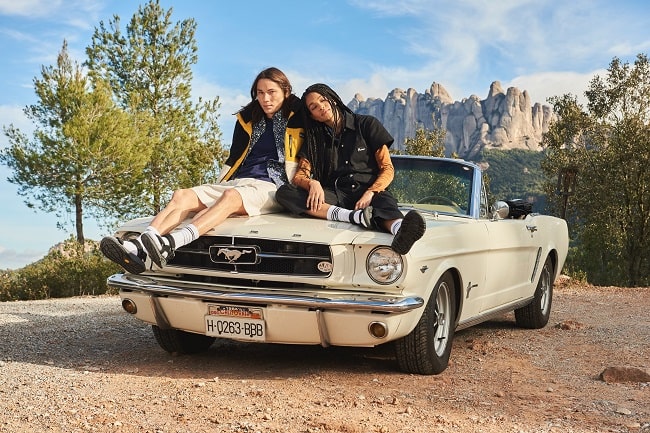 Fast forward to the 2000s and Penfield engaged in a number of high-profile collaborations, cementing themselves as a key player in the building blocks of streetwear. The brand aligned themselves with Stussy, Saucony, Alife and XLarge to name a few. These well-chosen collaborations pushed the brand further into the limelight, with their original DNA prevalent throughout. There are few brands that can testify to pioneering a style and maintaining that same driving force decades later, yet Penfield continue to demonstrate why they deserve their spot at the forefront of the technical outerwear game. The most recent collection for Spring 2020 continues down this vein. We see decades old styles brought back to life and nostalgic patterns updated for modern tastes. Take the Penfield PAC JAC, first introduced in the 80s, this lightweight trail jacket has barely changed over the past 40 years. This season, this completely packable, waterproof style arrives blacked out with subtle Penfield patch branding on the Kangaroo pocket. 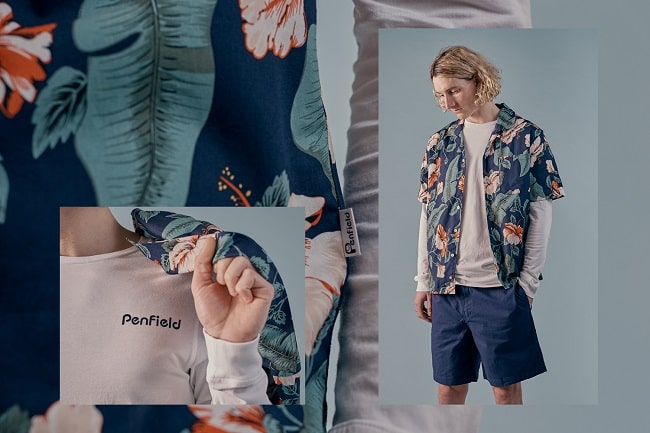 If it’s nostalgia you’re after, look no further than the Penfield Melwood fleece. A tried and tested half zip pullover, in 100% recycled polyester, it is finished with an allover Geo print, sure to suit the needs of any vintage outerwear enthusiast. This Geo pattern is continued across the Penfield line, with Shorts and heavyweight jacket styles both given that retro treatment. See the Penfield Sagola Jacket and Balcolm Shorts for more a subtle Geo pattern application. The full Penfield Spring 2020 range can be shopped online now at thechimpstore.com.