HOW COVID-19 IS AFFECTING THE FASHION INDUSTRY 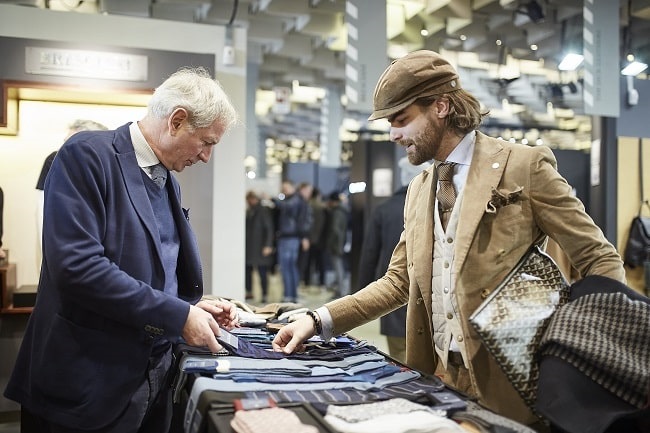 The global spread of the COVID-19 virus, which emerged late in 2019 in Wuhan City, China, has led to mass closures and layoffs in dining and entertainment. It has forced many office professionals to work from home, and has resulted in mass quarantines that turn once-bustling urban areas into eerily silent ghost towns. Amongst the mountain of industries affected, fashion through multiple levels has taken a significant hit that’s not expected to fully recover until 2021.

Italy has become the epicentre of Europe’s COVID-19, but even before the recent quarantine went into effect, designers opted to pull their presentations from Milan Fashion Week – or, like Giorgio Armani, livestreamed their events from an empty space. Editors who did travel to the smattering of remaining events were asked to self-quarantine upon returning. Milan, though, wasn’t an isolated case. Across key industry events where presentations are shown and merchandising deals are made, brands have opted to cancel, simply to be safe. For Paris Fashion Week, Chinese brands Masha Ma, Shiatzy Chen, Uma Wang, Jarel Zhang, Calvin Luo, and Maison Mai all decided not to show, and going into March, the cruise and resort presentations that set the industry up for summer have also been pulled. Among the brands to call off their engagements were Prada, Chanel, Versace, Max Mara, and Gucci, many of which initially scheduled their events in East Asia or North America. Beyond the big four Fashion Weeks, smaller but nonetheless notable events in Asia were held off, including Shanghai and Tokyo Fashion Weeks and Kingpins Hong Kong. Traditional industry tradeshows, meanwhile, are being postponed to next year, including Baselworld, rescheduled for January 2021; the Copenhagen Fashion Summit, moved to October 2020; Esxence, postponed to February 2021; and Cosmoprof Worldwide Bologna, pushed out to September 2020. 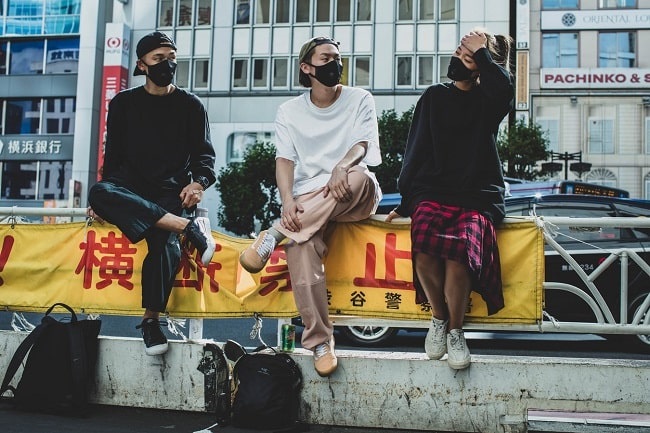 While cancellations look like the best move at the moment, certain event organisers and brands are looking ahead and rethinking how making transactions and holding presentations can be done without a physical presence. Ideas tossed around include doing everything strictly online, from booking appointments to show clothing to model-free presentations. Thinking ahead, Pitti Immagine, the organisers of Pitti Uomo, have already started exploring these options, considering a mixed digital and physical event for later this year. “The physical fair, rich in content and with even more new features, will be flanked by the e-PITTI Connect digital platform,” they explained in a statement. “Beyond the current emergency, this constitutes a patrimony that we have been developing for quite a long time and with which we will be launching a brand new and advanced version in June in order to offer new functionality, more contents and also remote interaction modes.” However, as of early April, the event has been pushed back from June to September 2020. 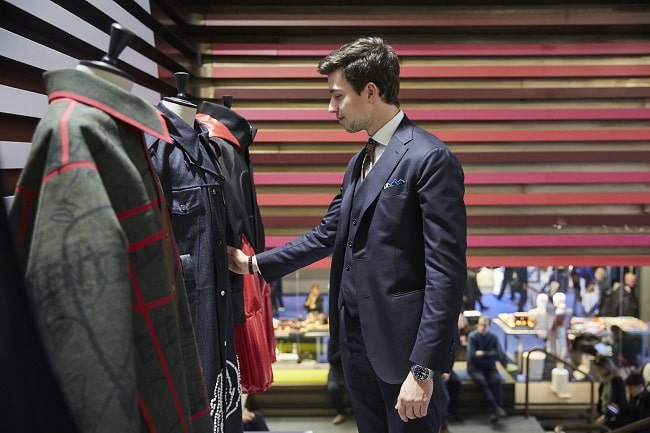 Online Shopping is Up, but Sales of Luxury Good are Down

A recent Bain & Company report examined the shift in China’s shopping habits since the country implemented quarantines and travel restrictions to halt the spread of COVID-19. In response to these motions, businesses ramped up online-to-offline structures and delivery services. Data from Alibaba Tmall indicated that the gross merchandise value of various daily essentials, including hygiene products, instant food, and infant products, sharply increased – even doubling in value at the start of 2020 – with online sales driving the growth. By contrast, luxury goods and non-essentials – which are often fueled by online sales – dropped precipitously within a relatively short time frame. For some context, China emerged and grew rather rapidly as a significant market for luxury fashion over the past 10 years and, until the virus hit, purchased one-third of all luxury goods. As COVID-19 appears to be contained in the country, roughly 80 percent of malls and supermarkets have reopened in the country’s major cities, and the economy is predicted to gradually improve. In the U.S., meanwhile, quarantine efforts and travel restriction efforts ramped up into middle of March. As a result, and partially due to limited consumer essentials in physical stores, Amazon has had to hire 100,000 new workers to fulfil the increasing number of orders. 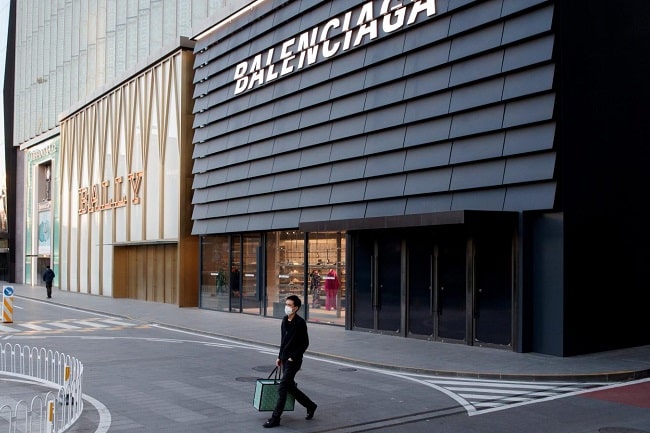 Brick-and-Mortar Stores are Closing, Albeit Temporarily

Within the past two weeks, worldwide cities have attempted to limit the spread of COVID-19 through multiple methods: Dine-in restaurants and bars have shut down, except for takeaway orders, businesses have shifted from in-office to work-from-home setups, and group interactions have been whittled down, if not banned completely. As a result of these efforts, foot traffic into brick-and-mortar stores, with the exception of supermarkets and pharmacies, is nearly nonexistent. In response, chain retailers have opted to temporarily shutter brick-and-mortar operations while ramping up their online services. Tailored Brands President and CEO Dinesh Lathi, for instance, issued a statement that the company will continue to pay its store workers during the closure while shifting corporate staff to a work-from-home arrangement. Canada Goose’s CEO Dani Reiss, meanwhile, spoke about foregoing his salary and putting it toward the Canada Goose Employee Support Fund, designed to help out affected workers who aren’t eligible for government assistance. As these events – preceded by similar closures in China and Italy – unfold, retailers report steep drops in Sales: Capri Holdings, which owns Michael Kors, Versace, and other luxury fashion brands, saw revenue decline by $100 million, while Ralph Lauren took a hit between $55 and $70 million. 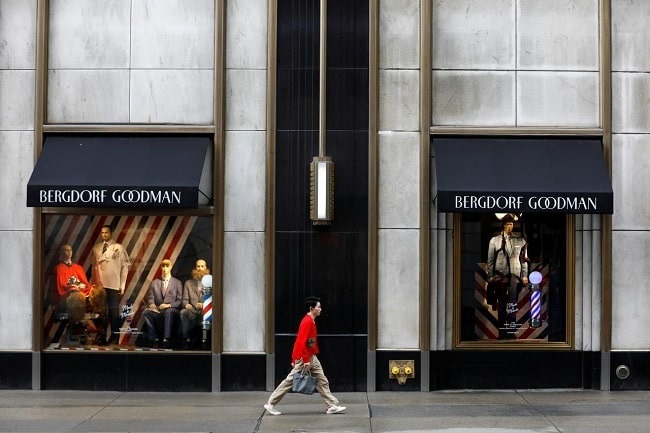 Anyone who’s spent some time working in the apparel industry knows that China is often the go-to for manufacturing, be it fabrics, completed garments, or the various components like zippers and buttons going into them. Due to Chinese factories shutting down completely, the absence of materials and components is expected to have a rippling effect. For those not familiar with China’s presence in the global supply chain, the country was behind nearly 40 percent of textile production in 2018. China has also become the default supplier for seemingly insignificant but nonetheless crucial manufacturing components, like threads and buttons, supplying these parts to other apparel-manufacturing economies. Until recently, this arrangement appeared ideal for many fast-fashion, mid-price, and speciality brands, but temporary factory closures have exposed multiple blank spots regarding how clothing is manufactured and sold globally:

1. Material shortages are causing delays in creating collections, which is pushing back arrival dates late into spring or possibly early summer.

2. Private labels – or in-house, brand-owned labels – are having to seek out new sources and suppliers.

3. Merchandise that arrives isn’t complete. Based on an interview Amy Smilovic of brand Tibi did with the Financial Times, trousers arrived without zippers, for example.

4. Less-established, up-and-coming designers who depend on wholesalers and larger retailers for sales are finding themselves unable to fulfil orders, which is often seen as a contractual violation that then prevents them from receiving payment. Between the cost of last year’s SS20 show and the amount needed to manufacture the collection, this arrangement could result in independent clothing brands having to cut an already-small staff or shut down.

5. At the same time, brands who do most of their sourcing from North America and Europe are experiencing fewer interruptions. Yet, as a report in Reuters pointed out, other Asian factories that depend on China for supplies have also had to delay production or temporarily shut down, also affecting when clothing will be completed and shipped. 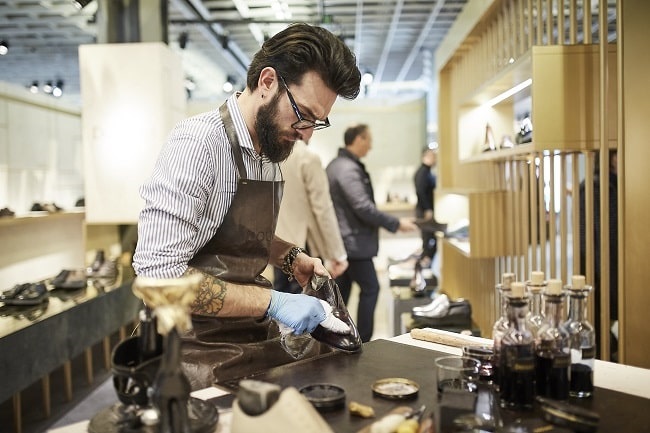 Nevertheless, European-made isn’t a guarantee, particularly as the lockdown of Northern Italy has also halted the manufacturing of certain luxury goods. 60 percent of Italy’s textile and clothing manufacturers have their operations within this region, while 20 million shoes are produced annually here. For a snapshot, Prada, Armani, and Versace all have their offices in Milan, while Louis Vuitton, Stella McCartney, Diesel, and Luxottica all utilise Northern Italian factories to product their goods. Additionally, due to sourcing, Net-a-Porter has maintained a shipping hub in this region. The quarantine is expected to last through April. Due to these disruptions and sharp decrease in revenue, it’s estimated that brands will have to lessen their dependence on China and seek out other material and manufacturing sources. Long term, this could change the arrangement and operation of the modern-day apparel supply chain, although what that will be, we’ll have to wait and see.