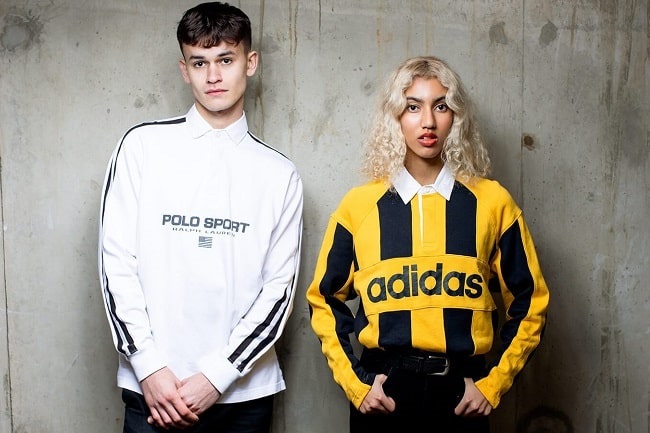 It’s hard to shake admiration for the ‘90s. Although the decade dripped in sarcasm and irony, it feels, in hindsight, like the last period in which fashion trends felt genuine and authentic. Streetwear powerhouse Supreme still functioned as a skate brand, while especially in urban areas, independent retailers catered to various subcultures without exorbitant prices attached. And, it was also the decade where sportswear officially became casualwear. Most might argue this pattern picked up in the ‘80s, but the ‘90s saw track bottoms and Champion sweatshirts become everyday staples. Especially if you were a teen during the late ‘90s and early ‘00s, you could’ve easily lived in Nike tees and an Adidas tracksuit day in and day out, perhaps switching up Jordans for a pair of slides.

No one’s coming out and saying it quite outright, but if you’ve taken a look at streetwear collections created between 2014 and now, the ‘90s nostalgia factor holds strong. Yes, some ‘80s elements might have been woven in, and Gen Z’s getting caught up in a Y2K frenzy, but the ‘90s is the keystone holding all of this together. Experimental streetwear collections might emerge from time to time, but the global scene stands upon a foundation build 20-plus years ago. Yet, that base is also a platform for exorbitant prices, even before new drops get marked up for eBay, and a type of exclusivity that’s becoming narrower and narrower. The average skateboarding enthusiast can’t really afford Supreme or Thrasher any longer; rather, the styles tend to be readily reserved for those in the six-figure income range. The shift pushes many out and has obliterated the feeling subcultures and the stylings they once had. Of course, in a general sense, these same subcultures do exist, but the façade mainstream streetwear puts up leaves many on the outside. Thus, all the musings about what a post-streetwear world means end up with two possible conclusions: going back to the classics – a trend that’s already happening – or returning to its roots. The growing vintage streetwear market – the intersection of demand for sustainability and streetwear’s mainstream ascent – is a byproduct of the latter. 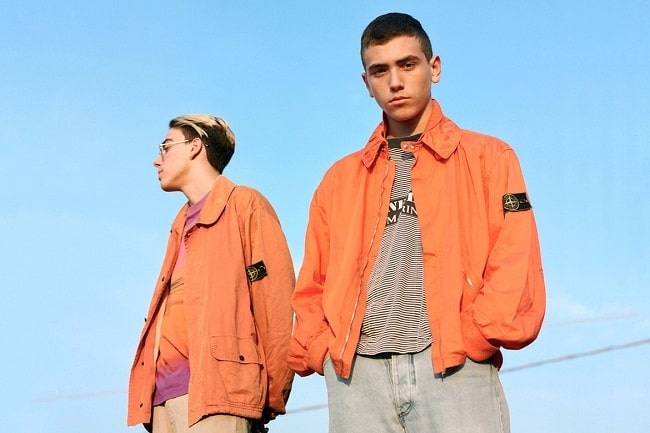 The Future’s Looking a Little Retro

Virgil Abloh, one of the pioneers elevating streetwear’s presence, told Dazed toward the end of last year that streetwear is going to die. The statement got many in the industry questioning about what would come next, with the new wave of relaxed tailoring being its successor. However, Abloh clarified his statement, explaining that streetwear afficionados would get their fix through secondhand clothing, in the process creating something unique that ends up reflecting this subculture-based scene’s old-school approach and reducing its environmental impact. Abloh’s predictions aren’t some vision that will unfold in five or more years’ time; rather, they’re already happening, including amongst fashion brands themselves. Yes, deadstock and upcycled fashion have raised their profile, but as Business of Fashion pointed out, top-tier brands are turning to vintage streetwear and military garments for inspiration. In one prominent instance, the article highlighted a “picker” for Kanye West’s Yeezy line who spends his time combing through hundreds, if not thousands, of garments to find the right aesthetic and influences. These garments are then deconstructed and become the template for the rest of the brand’s collection. At the same time, celebrity influences can’t be discounted, particularly in the era of Instagram. Not only has West, as well as other fashion-forward hip-hop artists like Pharrell Williams and ASAP Rocky, been seen wearing vintage duds, but they’ve been spotted shopping for their own digs at vintage boutiques in Tokyo, Los Angeles, and Europe. While stars have been open about such practices since the ‘90s, the latest wave – especially amongst those more influential in the streetwear world – shows that not everything worn has to be from the latest drop. 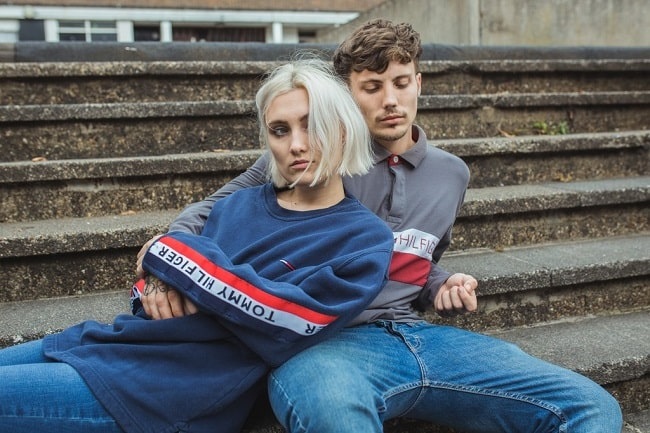 And, on the subject of streetwear brands subsisting nearly entirely on regular but nonetheless limited-edition drops, the rise of the vintage streetwear market flies in the face of everything the scene has become: Highly exclusive, inaccessible, and less and less authentic-feeling. There’s no point in waiting in line if you can’t afford the new merch – much less hold out for it to end up on eBay or Grailed, where the price, at the seller’s discretion, is greatly inflated. At the same time, the drop format proves to be less and less sustainable for the fashion industry – as is the fast fashion-fueled market for designer-inspired clothing. Vintage streetwear, as such, strips back the price considerably, has less of an environmental impact, and offers a touch more authenticity, as it’s the real deal, instead of a newly created collection mining 20-plus-year-old trends. The vintage streetwear market, though, is a subset of the growing acceptance of secondhand fashion and the realisation of how much pollution the fashion industry causes. At the last couple of London Fashion Weeks, case in point, multiple designers included upcycled garments or materials. At the same time, the resale market, according to a report from GlobalData and ThredUp, has experienced exponential growth in the U.S., increasing at a rate 21 times faster than standard retail over the past year. Along with ThredUp, newer platforms like The RealReal, Poshmark, Thrift+ and Depop, along with stalwarts like eBay, Etsy, and Grailed, create a spot outside of the traditional thrift, consignment or vintage clothing store for secondhand apparel, footwear, and accessories to be exchanged. This more circular system, based upon estimates from the Ellen MacArthur Foundation, could eventually materialise into a $560 billion industry. 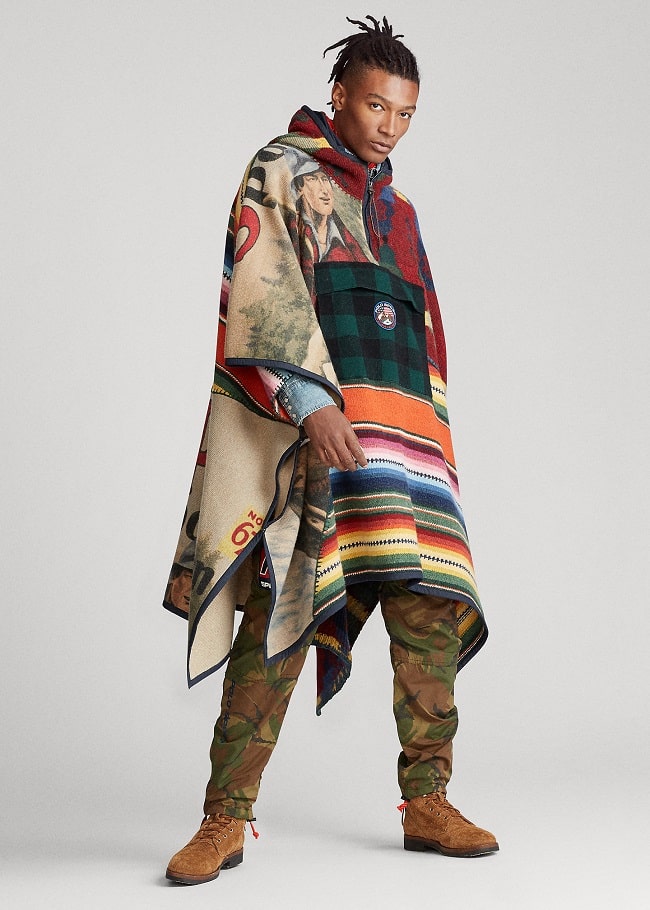 Becoming a reseller doesn’t require a significant investment like it would have 20 or so years ago. There’s no brick-and-mortar storefront you need to purchase, and clothing and shoes can be sold on an as-needed basis through the above-listed platforms, as well as through Instagram accounts. Resellers don’t even need to set up a formal website – although that’s a helpful next step - easily done using Shopify or Elliot - once their business takes off. Combine this accessibility with a nostalgic penchant for old-school streetwear, and a new marketplace is taking shape, with resellers being high school students who find surprising success and turn their effort into a profitable side-gig to thirtysomething guys – the resale market’s largest growing customer segment – reliving their own youth. At the same time, the fashion lifecycle comes into play: These days, clothing from streetwear’s golden age fetches more than something from the early 2010s or even the mid-aughts. As such, vintage streetwear has its own exclusivity going on, but with pieces generally priced under $200, you won’t have to waste a week’s paycheck on a new hoodie. For entrepreneurial-minded Millennials and Gen Z members, these platforms and interest in ‘90s-era streetwear pave out a path to a potentially lucrative side hustle. As one example, the creators of Orenda Lou – who, after finishing school and working jobs in the service industry – decided to take an upcycling approach to vintage streetwear, seeking out thrifted finds to work into their own ‘90s-influenced pieces. ASOS Marketplace noticed their effort, buoyed initially by their Depop shop, and now, Orenda Lou uses ASOS’ secondhand platform to find a larger audience. 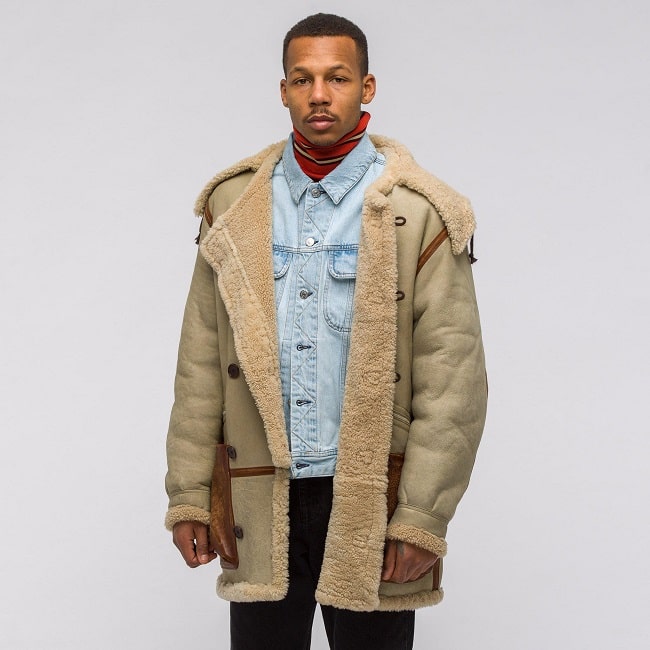 In other instances, virtual storefronts on Grailed and Instagram give way to a pop-up shop. In the case of InAMinute Vintage, profiled by Canada’s Independent Free Press, attention begins locally, especially if their selection covers classics from Nike and Adidas to upscale finds from Supreme and BAPE, and that momentum plus word-of-mouth is enough to warrant a temporary storefront. Or, started by a Twin Cities’ university student, Tommie Thrift draws inspiration from contemporary hip-hop fashions but essentially flips thrift-store finds at an affordable price that eliminates much of the legwork consumers need to do to track down vintage streetwear. Vintage Inspired, an Instagram-fueled venture started by Felipe Valdovinos III, presented itself as both a way to make money on the side and a learning opportunity. Growing the business as he studied at UCLA, Valdovinos had to become familiar with the ins and outs of the e-Commerce business model. No longer thrifting by himself, Valdovinos further had to eventually build relationships with other suppliers to populate his store, learn online marketing techniques, and, more recently, has found that a full-on website may be the next step forward. 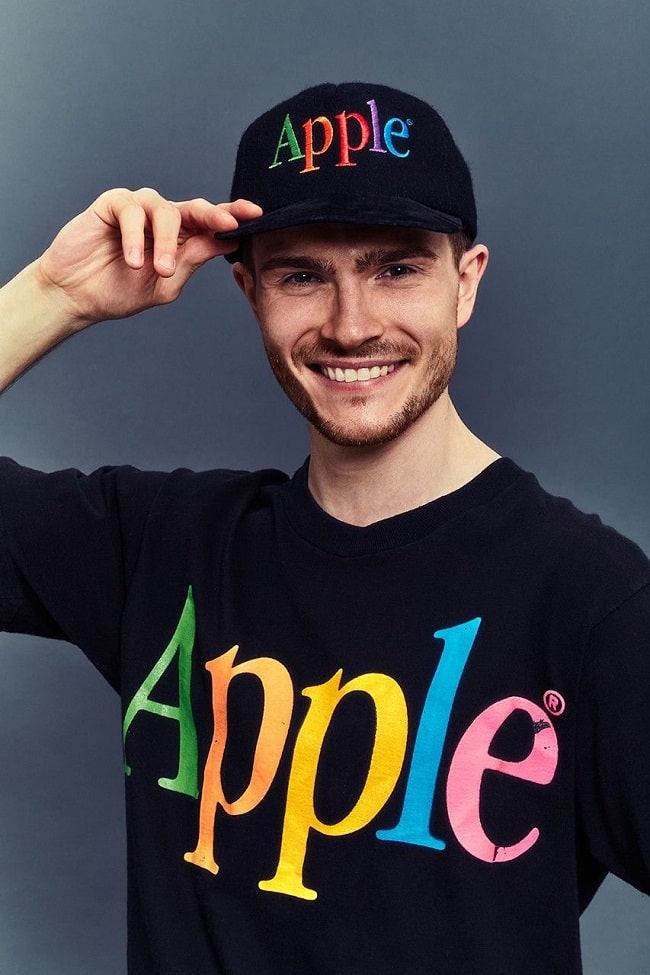 Where to Find Vintage Streetwear

Generally, vintage streetwear today encompasses activewear that’s at least from the early aughts, if not from the ‘80s and ‘90s. Adidas, Umbro, and Nike are highly prized, as are the period’s sportswear-influenced styles from Polo Ralph Lauren, Tommy Hilfiger, and Nautica. As well, old-school Supreme and BAPE are both highly grailed. Beyond this scope, concert and graphic tees, plus ‘90s denim, flannel, and print shirts, are also in demand. In terms of finding these items, eBay and Etsy have been the go-to online sources for close to a decade now, if you’re not interested in spending time going through the racks at your local thrift shop. Grailed, while generally known as a spot for more hypebeasty fare, has its own growing selection of vintage pieces – you’ve just got to look and do your research. Outside of the big three, ASOS Marketplace blends true vintage fare from Tommy Hilfiger, Reebok, Umbro, and other sportswear brands with upcycled styles from brands like Orenda Lou. Similarly, streetwear retailers like Streetwear Official and Elwood have started curating their own vintage selections, often labeled separately or given a dedicated category within their online storefront. Keep in mind that the selection tends to be limited, both in terms of styles and sizes, and pieces end up selling quickly. Branching outside of Instagram, Depop, and Poshmark, some resellers have launched their own websites. Deadstock, a U.K.-based retailer that opened up its online shop in 2015, blends modern-day deadstock fashion with a fairly large selection of vintage streetwear, covering a wider swath of subculture-influenced styles. Based out of Germany, Double Double Vintage, meanwhile, covers many of the usual suspects, as well as old-school digs from Carhartt and Levi’s. Both retailers stick with a drop-like format, rather than a consistent flow of products, so interested consumers are recommended to check back regularly or sign up for their respective newsletters to stay up to date. 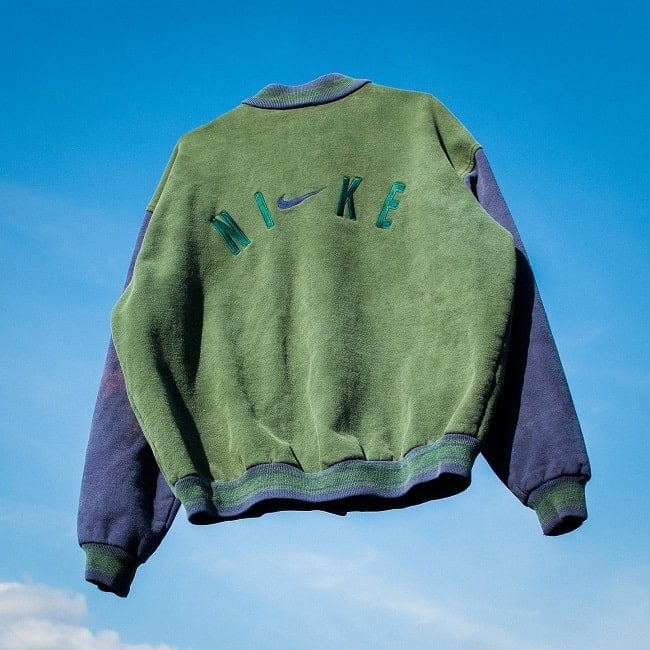