A GUIDE TO WHAT MAKES A VEGAN SUIT 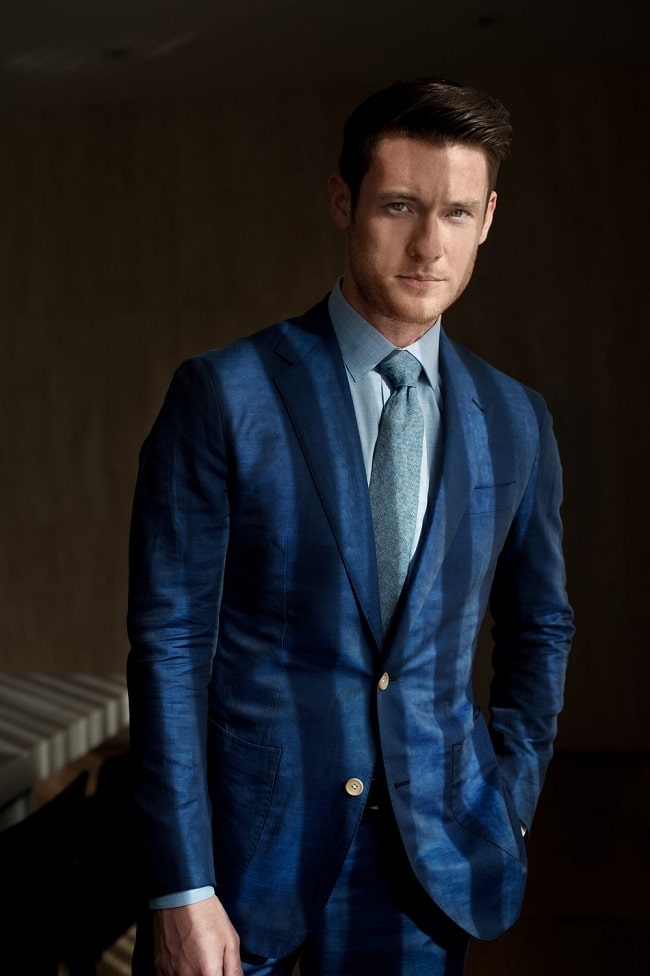 Hugo Boss made news relatively recently for designing a completely vegan suit as part of its SS20 collection. That made us wonder, “What is a vegan suit?” and then think, “What parts of your traditional suit aren’t vegan?” Hugo Boss’s effort came after years of interaction with PETA Germany regarding the practices of making wool – a common fabric for most cool-weather suits – as well as the various components, from the lining to the thread, that may also be sourced from animals. This particular suit, receiving PETA’s own Vegan logo, starts off with certified organic linen – a completely plant-based material – and veers away from animal-based threads, lining, buttons, glues, and dyes. If you’re reevaluating your suiting choices, here’s what you should know about this growing option that’s permeating mainstream and specialty menswear brands.

There’s no polite way to come out and say it. Unless you’re picking up a 100% polyester number from H&M or BoohooMan, a mid-tier to higher-quality cooler-weather suit by default uses animal-sourced fabrics. Wool, specifically, comes from sheep, goats, or rabbits and, in many cases, is mixed or lined with silk – itself derived from worms. Buttons, unless specifically plastic or wood, may be from animal horns or shell, and the canvas isn’t always sourced from cotton. Rather, it’s often a thicker, stiffer fabric made from goat hair or horsehair. Even down to the finest components, animal collagen may make up the glue – as it has traditionally, although synthetic adhesive is increasingly more common. The threads, too, are a similar toss-up. A true vegan suit – as opposed to one made from vegan fabrics – addresses all these parts, ideally opting for sustainable, plant-based materials than synthetic fabrics. 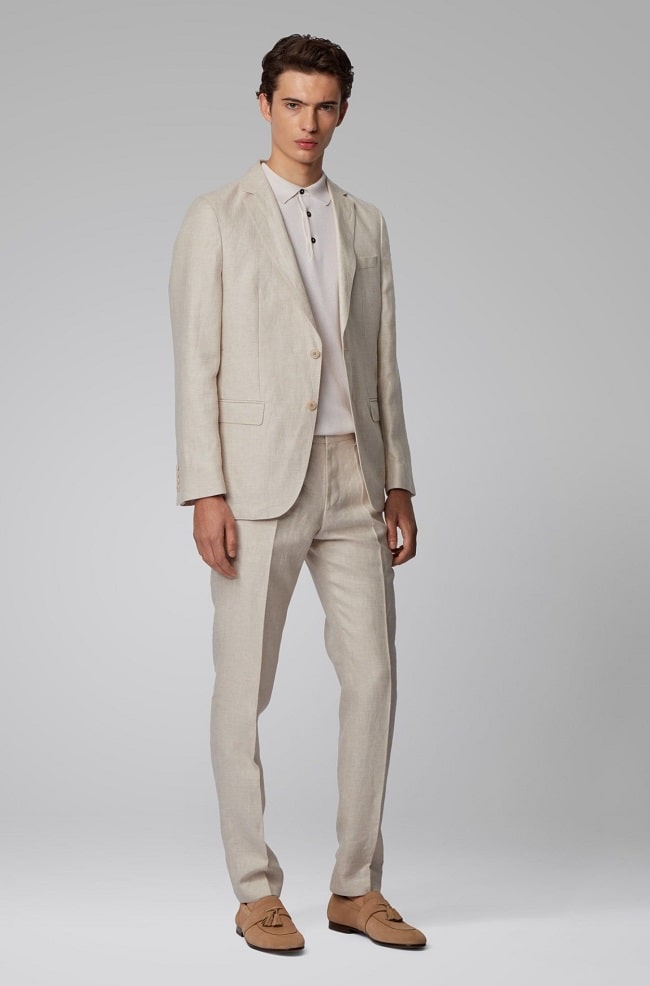 You’re more likely to find a summer suit made out of vegan fabrics, be it linen or a cotton-based material like chambray. On the other hand, synthetics like polyester fall within the vegan category, as do man-made natural-based materials like rayon and viscose – both of which are sourced from wood pulp. Modern-day alternatives like bamboo and Tencel go a step further, coming from more environmentally friendly sources and cutting down the processing and chemicals required to create textiles. Among these choices, evaluate the pros and cons:

Linen is gaining significant ground in the suiting world – and not just for warm-weather wear, either. Made from flax, it’s a completely plant-based fabric by itself, although its reputation for wrinkling gets in the way. As a result, it’s often blended with cotton to reduce this effect. As a note when searching for vegan suits, linen might be on the exterior, but a non-vegan (or less sustainable) fabric like silk or polyester might be lining the body.

Cotton-Based Fabrics: Whether you go for the organic or conventional kind, cotton is a vegan material, but on a sustainable level, it still requires a significant amount of water and often chemicals to produce. In either form, it’s the backbone of a wealth of suiting materials – chambray for warmer weather, corduroy for the winter, and, as of recent, vegan versions of velvet.

Polyester: Its reputation as a performance material has gained in recent years, but while polyester and other synthetics do fall within the realm of “vegan” fabrics, you further need to factor in the environmental impact. Plus, unless you’re sporting something vintage, poly garments tend to tear and wear out sooner – qualities that aren’t ideal in a suit you hope to hold on to for several years. 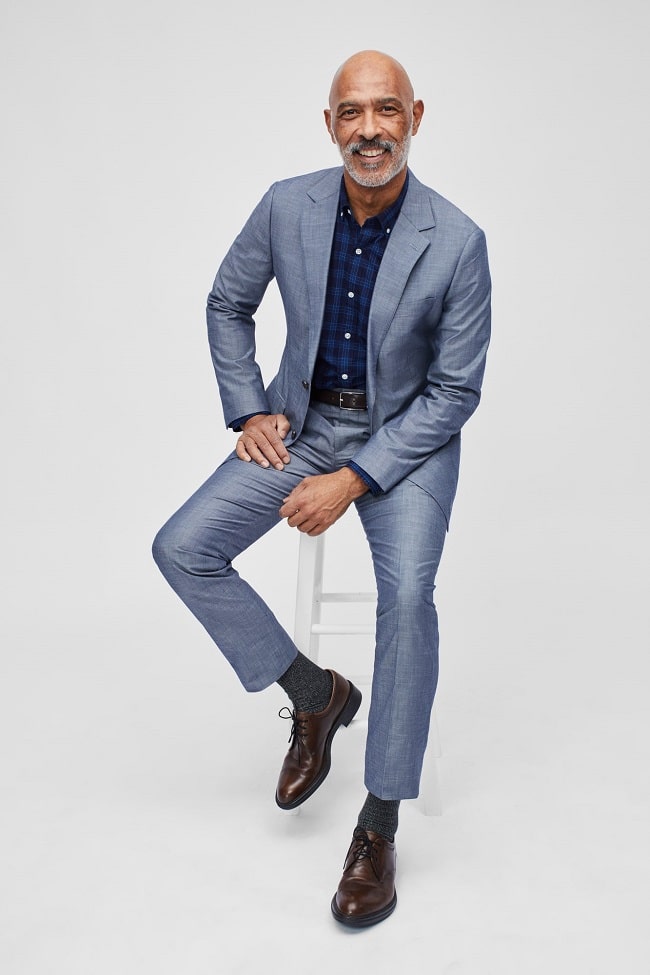 Viscose and Rayon: Although both are sourced from plants, creating these man-made fabrics isn’t the most sustainable process. Additionally, while rayon and viscose feel light and thus are ideal for summertime wear, a full suit doesn’t have the body for year-long use.

Bamboo: Over the past decade, more and more designers are taking bamboo seriously. It grows quicker and requires less water than cotton. In thin forms, it resembles rayon and viscose, and in thicker fabrications, it can feel like wool. Nevertheless, bamboo often suffers from greenwashing, especially through fabrications blending in polyester or another synthetic.

Hemp: Also in the same category as bamboo and linen, hemp is another plant-based fabric that’s gaining ground in the textile world. It’s not as common as the other fabrics listed here, especially for suiting, but it’s biodegradable and offers a similarly low environmental impact.

At the same time, some brands have started developing their own proprietary vegan fabrics. Take Brave Gentleman, launched back in 2010. Among its innovations are a “future leather” made out of EU Ecolabel-certified biodegradable polyurethane; “future wool,” a cotton-polyurethane twill blend utilising recycled fibers; and “future sulk,” constructed out of post-consumer recycled plastic. 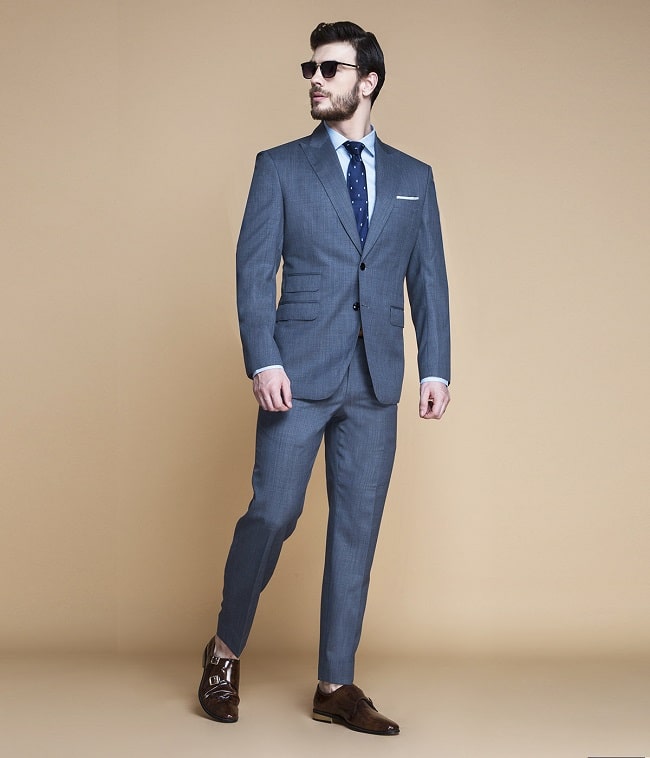 The Rest of Your Suit

The canvas, a standard feature that gives suit jackets some structure. Rather than the traditional goat or horsehair-based lining, ask for cotton or synthetic canvas.

Pads and meltons have traditionally been made from wool; however, cotton and synthetic alternatives exist.

The lining has usually been made from silk; here, viscose and rayon are acceptable alternatives, as is a cotton-based biodegradable material called cupro.

Stitching, too, involves horsehair; see if the threads can be a cotton, synthetic, or plant-based alternative. Buttons have long been made from horns or shells; although plastic buttons are also common, corozo nut buttons – a growing alternative – have much less of an environmental impact. 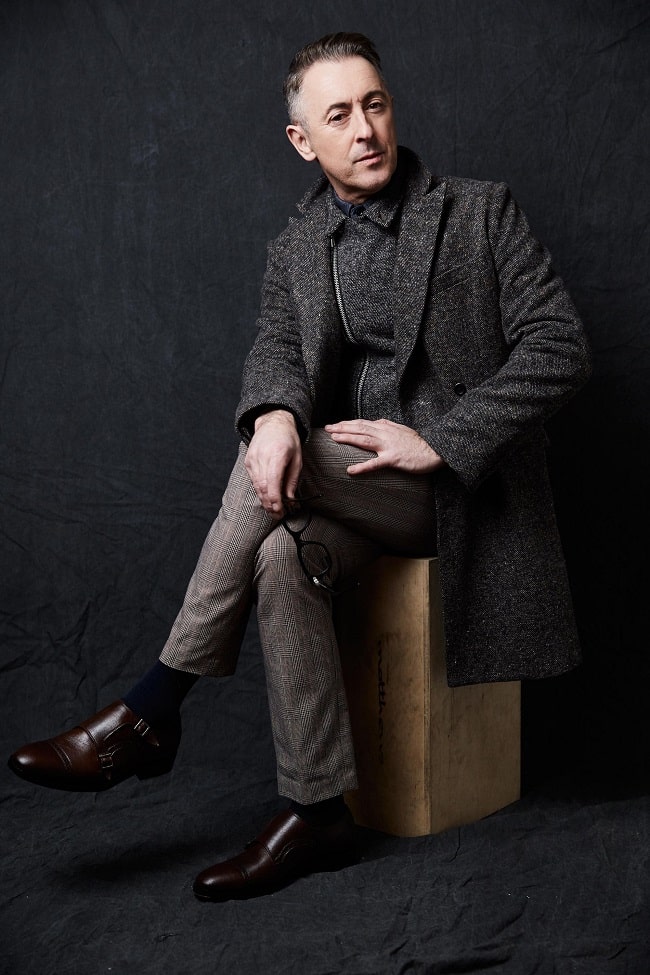