WHY YOU SHOULD STILL BE GETTING DRESSED EVERY DAY 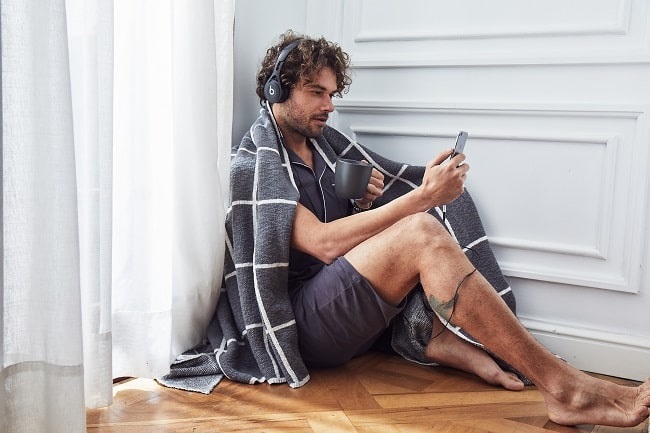 The distance from your bed to your work area, right now, might be just a few feet – or whole floor, if you’re lucky. There’s no commute, be it by car or public transportation, to slog through. That’s one upside of these endless work-from-home days. As another, you think, you have no reason to fully get dressed or even go through the full-on grooming routine. Stubble and sweatpants? Unless you have a Zoom video conferencing call later, no one will even know. A few days of comfort goes well. You get your assignments done in your finest loungewear, and don’t have to fully worry about looking 100% presentable. On a good day, you’re taking an above-the-waist approach with a button-down shirt, blazer, and hair products; every other day, though, you’re living in your pyjamas from the couch.

At some point, a hazy, lackadaisical sensation passes over you. You complete the basic tasks for work or toggle between your full-time job and helping your own kids with their homework. You don’t feel like moving or putting in anything more than a minimum about of effort. With all of the uncertainty in the world right now, that’s to be expected to some extent. However, the “Why bother?” attitude stems from a breakdown of routine. Alarm clocks are just a suggestion as long as you’re up to start working on an assignment, your couch doubles as a desk and eating area, and, on the subject of meals, you’re either grazing on whatever’s in the fridge or living off your weekend meal prep. In short, your once-structured life has no clear demarcations, turning into an extended blur of working and sleeping, with the occasional meal in between. 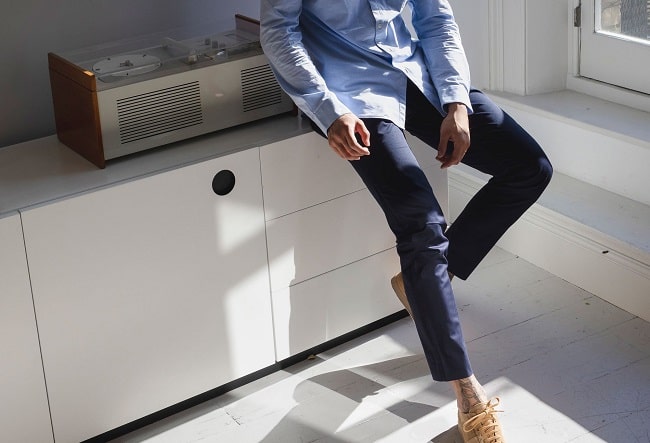 Getting dressed – and, when we say this, we don’t just mean changing out of your pyjama bottoms into a pair of joggers – starts to put that back together, establishing some kind of routine, no matter how insignificant. Studies have shown that putting effort into your appearance directly correlates with your mental and emotional state. It’s one reason not bathing and changing regularly are signs of depression, and in examining that relationship in reverse, living exclusively in loungewear – perhaps the same set you’ve worn for the past three days – is a major downer. And, if this seems like a nadir, it builds momentum southward, sapping your energy levels and motivation. Putting on an outfit you like – and one that makes you feel and look pulled together – is said to release neurotransmitters like dopamine, endorphins, and serotonin, improving your mental state. A few years ago, an article in The Guardian dubbed this effect 'dopamine dressing': clothing that makes you look good also makes you feel good. 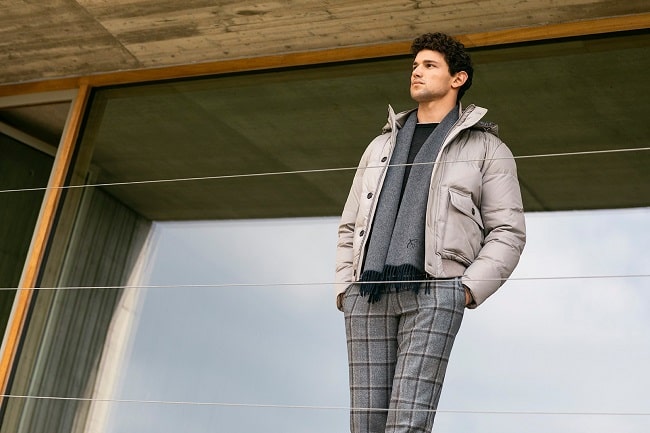 Related to this, researchers have observed 'enclothed cognition,' or the relationship clothing has to your own individual sense of purpose. In this case, researchers noted the change subjects had upon wearing a lab coat, but the same effect applies when you put on a suit – or even chinos, a shirt, and a pair of smart shoes. You’re fulfilling your expected role, your clothing makes you look the part, and you’re more likely to perform better. Pointed out in Barrons, a surge in formal dressing could occur after COVID-19 quarantines and self-isolation orders end, albeit one that’s more conservative due to brands’ significantly reduced cash flow. Now, though, to build upon these points, here’s why you should continue to dress your best, even if you’re not literally going anywhere for the next few months: 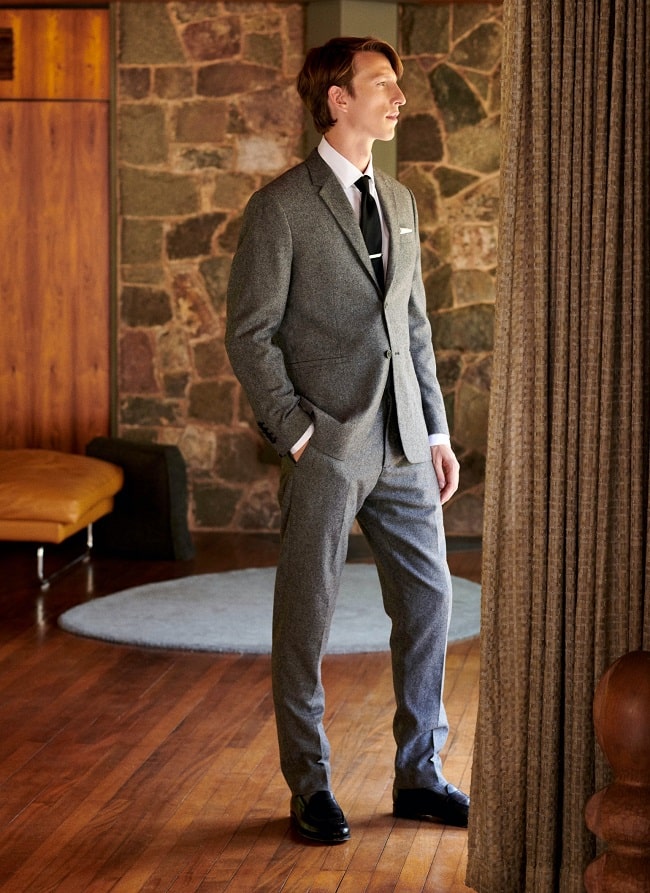 Hanging around in sweats or pyjamas ultimately sabotages your day. Mentally, you’re stuck in that 'just getting up' state where you need your coffee to get going. Only, three cups later, you’re still in the same place and haven’t made a dent in your workload. You may even feel like drinking more – what’s a few beers now? – or chowing down on more carbs. Beyond the enclothed cognition research, a 2012 study found that poorly fitting clothes negatively impact your mental and psychological state. In this case, researchers examined the effects of jeans on women who were already feeling a bit depressed: They grabbed the jeans because they’re relatively low-maintenance, but also more than half of all subjects put on a baggy shirt and over 60% avoided their favourite clothing. Ultimately, the cycle perpetuates itself. 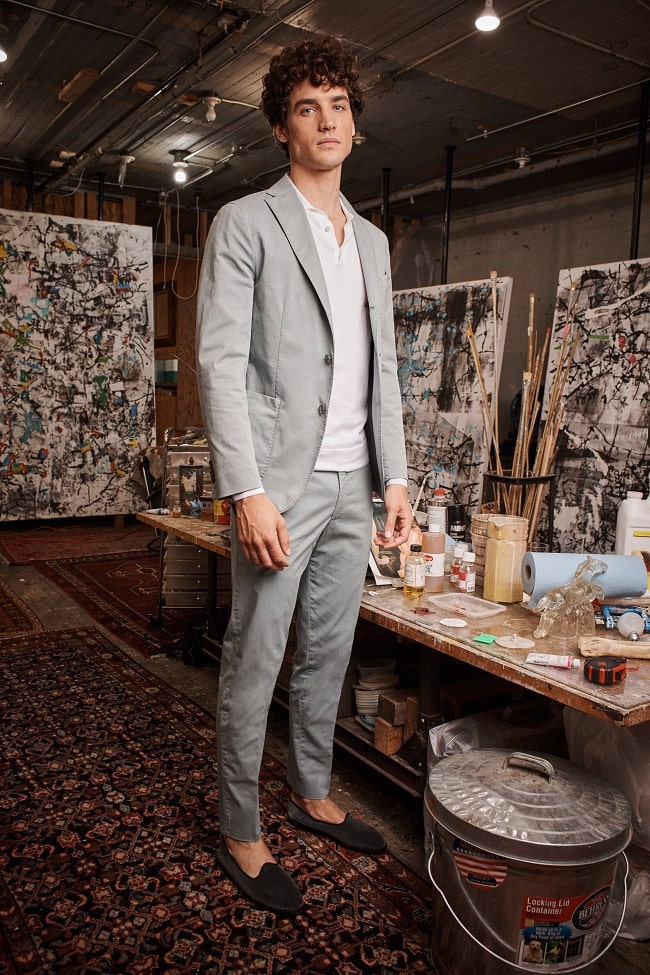 It Creates a Sense of Routine and Normalcy

Especially if you’re weathering through this difficult time in a studio apartment, you may be confined to a relatively small space for most of the day, perhaps with a brief jaunt outdoors. When it feels like you quite literally have no place to go, save for bed to desk and back again, any routine you might’ve stuck with falls by the wayside. We’re not strictly talking about your daily commute, though. Chances are, you stopped by the gym, did some meal prep on the weekends, and, every couple of weeks, went to the barber. As the corollary to the points above, of being stuck in a rut in dumpy clothes that only make you more depressed, getting dressed up like you’re about to start your day catalyses a certain rhythm – one where you set your alarm, take a shower, put on your ironed shirt and chinos, and set to make a decent breakfast in your kitchen. Whatever your pre-coronavirus routine was, attempt to stick as closely to it as possible: That means preparing your food in advance, rather than just grazing from the fridge; exercising in the living room or jogging around the block when the streets look relatively empty; and scheduling your work and other activities in certain segments, often with interspersed breaks for standing up and moving. Your clothes, big picture, are the start of feeling like a functional, involved member of society. 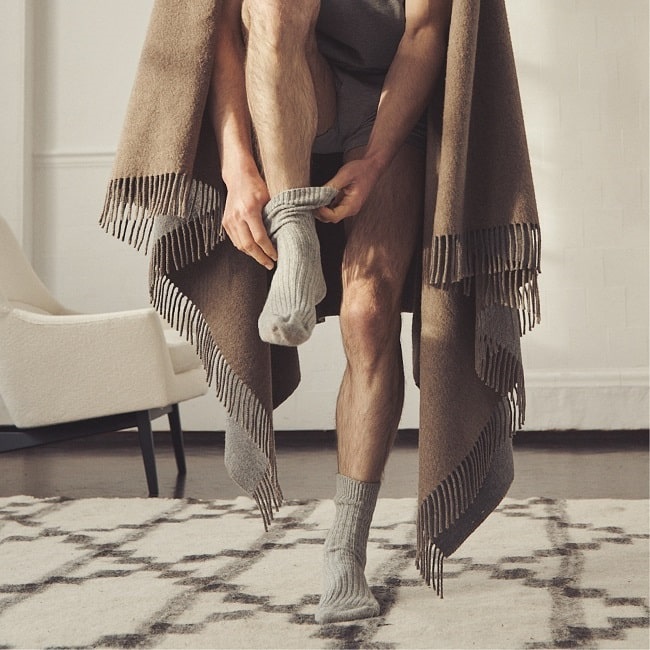 Although some excuse self-care as yet another reason to buy stuff, its core wellness concept is making yourself feel good by – surprise – doing nice things for yourself. As a menswear afficionado, you know what it’s like to put on a just-pressed shirt and trousers in colours or prints of your choosing. They don’t have to be expensive or exclusive, but you still feel – and look like you feel – like a million bucks. There’s no reason to ignore your wardrobe, whether it’s intentionally minimal or filled with your latest finds. As such, especially if your work wardrobe tends to be restrictive, loosen up the rules a bit with something you wouldn’t wear during the 9-to-5, be it a patterned suit or rayon camp collar shirt you’ve exclusively been saving for the weekends. And, considering #formalfridays have been trending, you likely won’t be alone. But, clothing should be just one element of your self-care routine.

Are you still getting dressed each day? (loungewear doesn't count) #Style #WFH