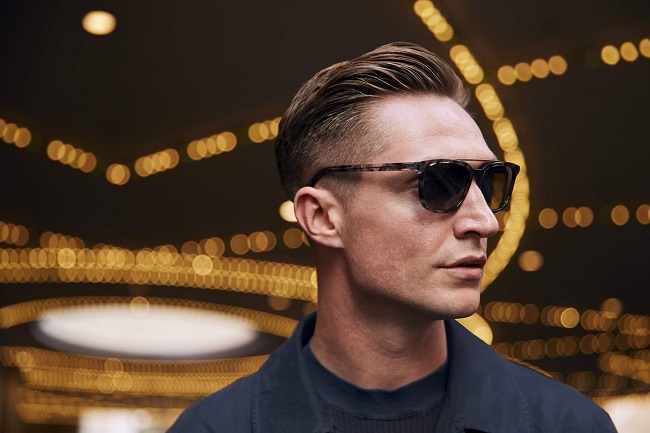 As a man shopping for a pair of sunglasses, you’ve likely faced the same conundrum. On one end, you’ll spot cheaper, lower-end styles, perhaps from a High Street brand or even a midrange retailer, made out of plastic. From your experience, the product looks decent, but it’ll likely crack quickly, forcing you to seek out another pair after a couple of months. On the other hand, higher-end sunglasses retailers charge above £100 for a product that looks similar, but it’s usually too much up front. Plus, you know at least one guy who spent that much or double, only to lose the pair on holiday or see the supposedly sturdy acetate frame shatter. Matthew Watson, the founder of Bullion Eyewear, was in a similar position back in the summer of 2018. About to go on holiday, he wanted to update his wardrobe, including finding a new pair of sunglasses. Very little existed between these extremes, and the handful of midrange brands seemed to tack on a higher cost while using a construction that didn’t differ greatly from fast-fashion offerings.

Noticing this disparity, Watson sought to create his own sunglasses line. The result is Bullion Eyewear, delivering luxury construction and classic frames without the high price tag. Two years after he found himself in this conundrum, Watson officially debuted Bullion Eyewear in May of this year. “I started the brand because I was looking to purchase a new pair of sunglasses for a holiday but didn't want a cheap pair but also didn't want to spend £120 to £150,” he explains. “I found the middle price bracket (£60 to £90) didn't offer much choice and majority looked cheap. This is why I set out to create a brand that offered premium sunglasses but at a more accessible price. This is what differs the brand from others in the market – premium acetate, polarised lenses, durable hinges, all for £70.” 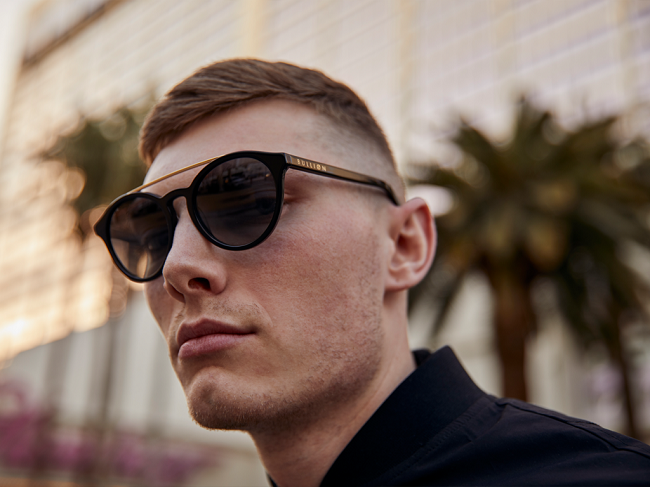 Plenty of men’s sunglasses brands call themselves classic, only to trot out unexceptional, interchangeable frames. It’s as if aiming to be timeless is an excuse for settling for boring, uninspired design. While Bullion Eyewear exists in the realm of classic-based style meant to last you several seasons, a few features differentiate its frames. As a starting place, Watson sought out durable materials that won’t crack or break after a few wears. Each style starts with a premium acetate frame. Then, durable hinges keep everything together. Gradient polarised lenses further ensure the wearer gets a clear view, no matter what the weather looks like. Beyond the construction, a logo-engraved bar, fitted to each frame, goes across the top of each pair. It’s a retro touch but also one that’s symbolic of Bullion’s ‘Raising the Bar’ ethos. Watson wasn’t content to settle for the market’s offerings and, as such, intends Bullion Eyewear for a similar boundary-pushing, go-getting man. Along with these aspects, all lenses provide UV 400 protection, blocking out nearly all UVA and UVB rays. 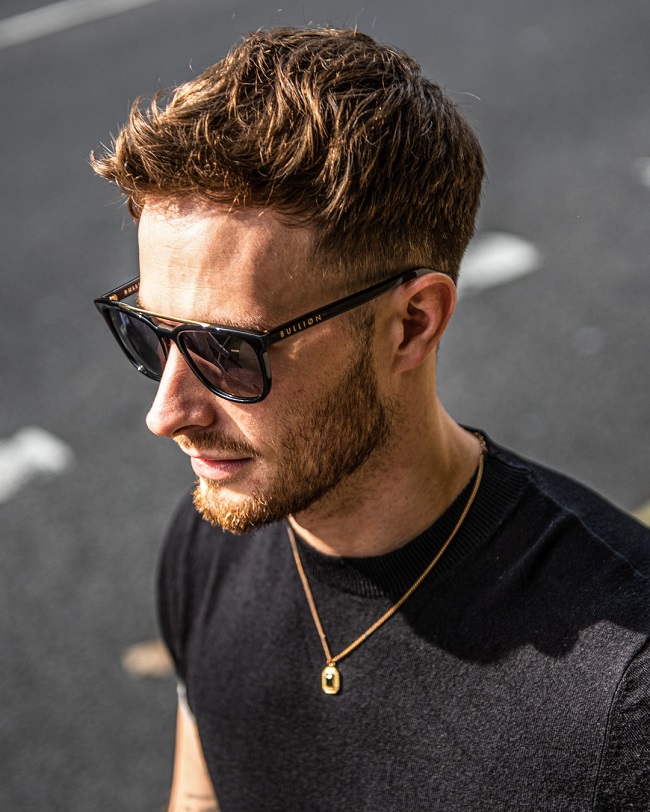 Bullion Eyewear’s launch comes at a challenging time. While Watson’s looking to disrupt the sunglasses market, the travel industry itself came to a sudden halt with Covid-19 and mandatory lockdowns in Europe, Asia, and North America. The typical customer looking to trot off to a summer festival, spend a week in Ibiza or Mykonos, or fly off to Miami is, instead, spending more time at home, with the greatest distance travelled being a drive to the nearest beach or a hike along the local trails. Yet, after a couple of years of refining each design and aiming for absolute precision, Watson introduced Bullion over the spring with three sleek, versatile styles available in solid and mock tortoise colourways.

The Milan is a wayfarer frame with a slightly more rounded look than what you’re used to, with Bullion’s bar defining the top edge and adding a keyhole effect. Inspired by the Italian fashion capital’s elegance, this option in solid or two tortoise colourways offers enough variation to distinguish itself from the typical wayfarer frame yet doesn’t veer so far off that it’s unrecognisable. 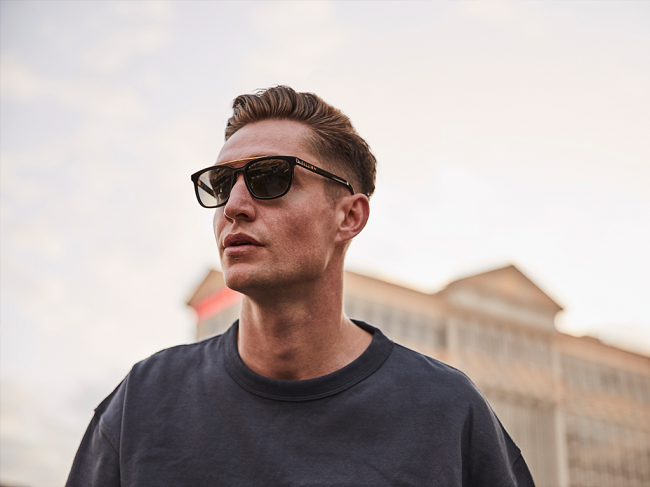 The Havana, a retro round-frame style, takes influence from the Cuban city’s culture and architecture. Unlike other round frames with precise circular shapes, the Havana appears almost like a hybrid between this style and the traditional wayfarer, thanks to the bar adding a hard edge across the top. The result ends up being more versatile and has the range of a pair of Clubmasters without the horn rim details.

As a name, Ohio seems uninspired – a bit basic and flat, considering its American context. Yet, Ohio’s officially the start of flyover country, and that’s where this frame’s reference point takes off. As an aviator, the Ohio is less of a traditional tear drop, Top Gun-esque shape and more of a rectangular pilot style, albeit with rounded edges. Either way, the retro-modern juxtaposition will clearly take you places. 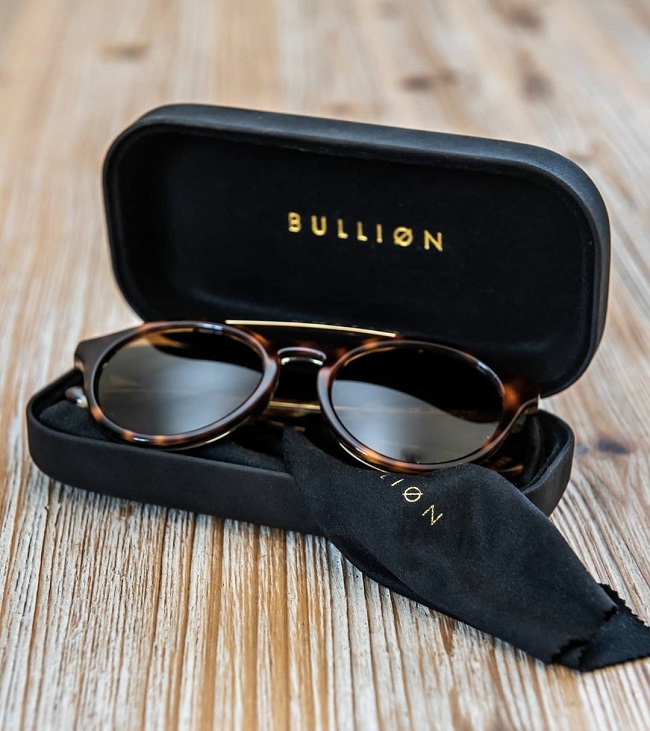