TOPICAL FINASTERIDE: GREAT HAIR RE-GROWTH WITHOUT THE SIDE EFFECTS

Written by Menswear Style in Hair on the 19th October 2020 / Topical Finasteride: Great Hair Re-Growth Without the Side Effects 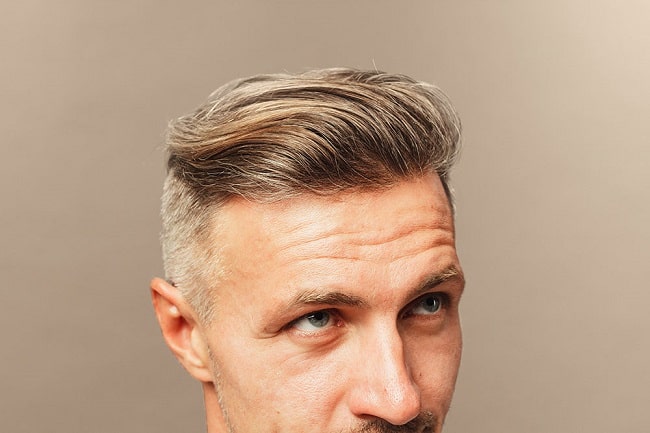 Male pattern baldness is the most common form of hair loss in men, affecting around 66% of men over the age of 35. Although it is incredibly common, it still often has a negative effect on men’s confidence and can cause a great deal of anxiety for those experiencing it. Thankfully, in recent years scientists have developed treatments for different types of hair loss, including male pattern baldness. There are now medicines which have been proven to be effective at preventing hair loss, and in many cases, these can even help re-grow hair. There are only two scientifically approved medicines which are available to treat male pattern baldness: Minoxidil and Finasteride. Both of these treatments are backed by science, and have been shown to be effective, preventing further hair loss in many cases.

Finasteride, in particular, has been growing in popularity amongst men in recent years. On average, the treatment helps combat receding hairlines in up to 9 out of 10 men who use it, which is a very encouraging success rate for those considering their options for battling hair loss. Unfortunately, in some rare cases, Finasteride tablets have caused negative side effects for men using the treatment, such as sexual dysfunction and swelling and rashes. The risk of these side effects has led to many men stopping part-way through their usage or avoiding the treatment altogether. 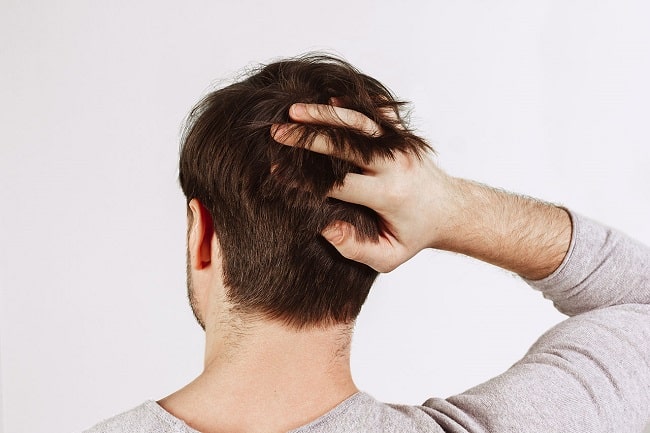 Now, there is a solution to those worries, in the form of Topical Finasteride. Topical medicines come in liquid forms, such as gels, creams, and oils, which are applied directly to the treatable area. Topical Finasteride is applied directly to the scalp, and this means the medicine can also avoid affecting other areas of the body. The medicine works in the same way as Finasteride tablets but has a far lower risk of the negative side effects mentioned above. Freshman is the first company to offer this treatment online in the UK. Their 2-in-1 solution combines both Topical Finasteride and Minoxidil, making for an effective medicine which can tackle both receding hairlines and thinning on the crown. Finasteride works by lowering the levels of DHT, the hormone primarily responsible for male pattern baldness. By blocking the production of this hormone, hair molecules can grow back stronger, leading to a fuller head of hair. Minoxidil dilates blood vessels around hair follicles, leading to them receiving an increased nutrient supply, becoming stronger and more able to grow full, healthy hair, while preventing further hair loss. The treatment is traditionally applied directly to the scalp, and comes in a liquid form. 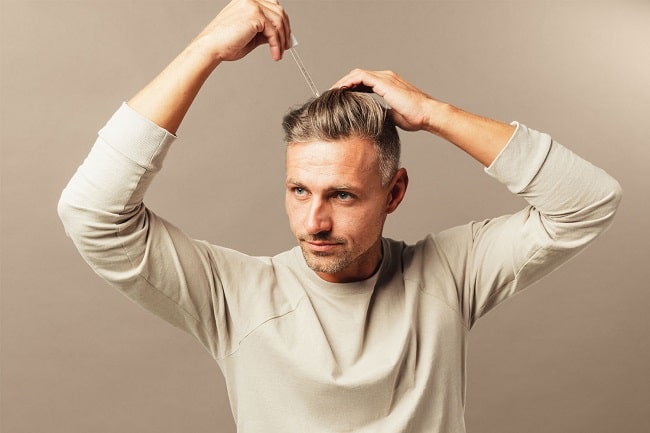 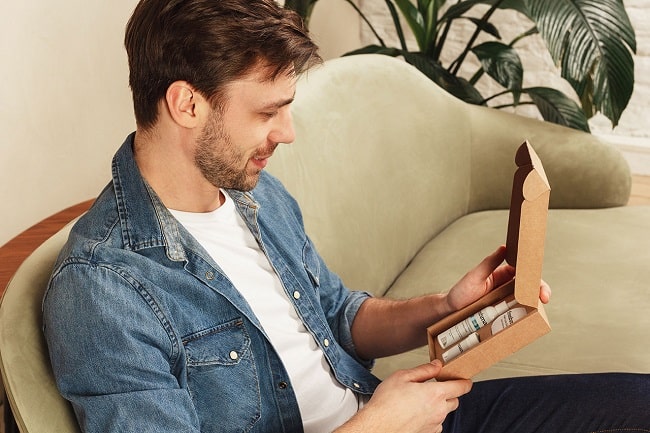 As mentioned earlier, another benefit of topical Finasteride is that the treatment has a lower risk of side effects than when taking oral Finasteride tablets. In one study, conducted in 2016, no patients reported any sexual side effects at all after taking topical Finasteride. These results suggest that the treatment is a suitable option for men who want to treat their hair loss effectively but are anxious about side effects. With all these things considered, topical finasteride is certainly an attractive solution for men over 18 who are experiencing male pattern baldness and are looking for an effective treatment. The medicine helps combat hair loss in 9 out of 10 men who use it, and because there is far less of a risk of side effects than when taking Finasteride tablets, it’s no wonder it’s becoming a more popular option than other types of hair loss treatment. 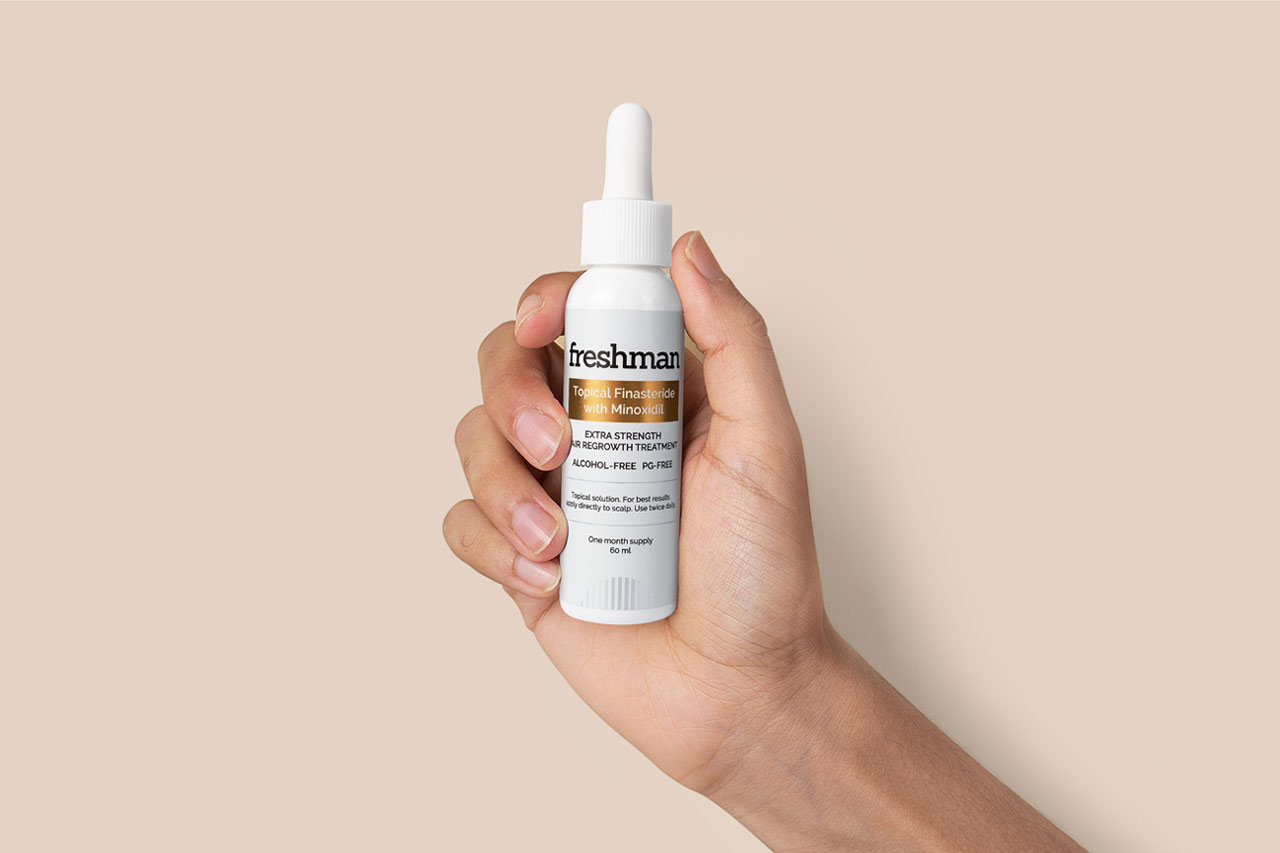