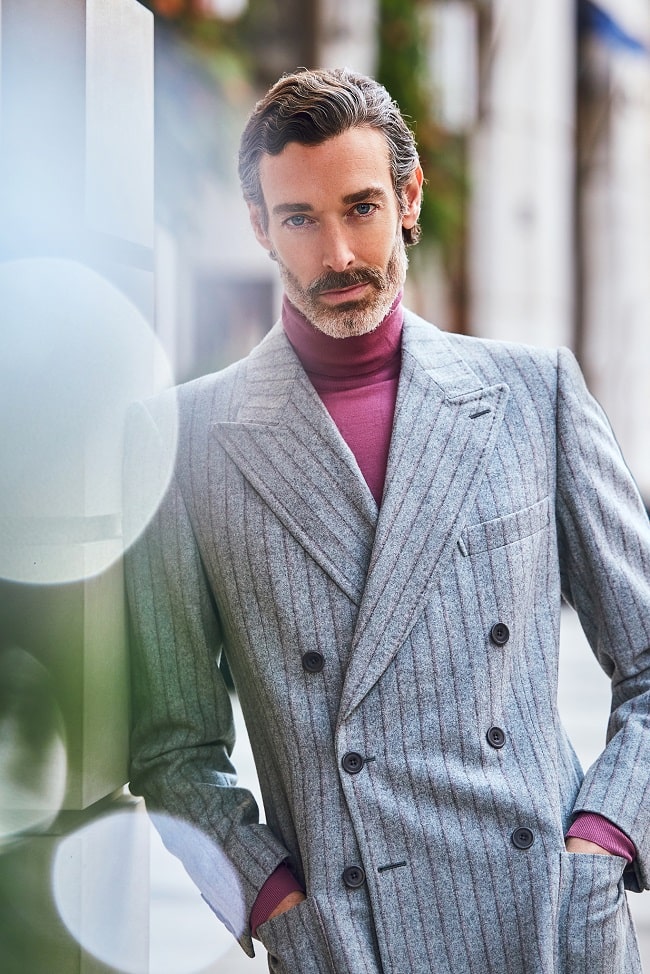 After a bit of a turbulent year, I wanted to end on a high and celebrate all the things that I love so much about my job. Without question the most important thing about my day-to-day is the people I work with, so I decided to tap into my network and bring a bit of festive cheer by shooting the portraits of 24 people who I find inspirational in the menswear world. These are people who I have worked with, some who I would like to work with and all of them inspire me or have inspired my photography journey in one way or another. Here's the first 9 that I have released so far, and be sure to follow me @hannah_miles_photo on Instagram to see the other releases each day.

Richard has been a huge inspiration to my work for so many years. I first shot him a few years back on the streets of London Fashion Week and since then I have admired his content, his impeccable style and his fashion journey from afar. Richard doesn’t know this but back then I said to myself, “when I shoot with Richard Biedul, I’ll know I’m making my way in the menswear fashion world”, and guess what, that shoot happened for this advent project. I had the pleasure of shooting a couple of looks with Richard, who seems to know every shop owner and every well-dressed person walking around Savile Row. His energy, his style and his outlook on life was exactly as I had expected, and it’s no wonder that he has made such a big impact in the menswear scene. Thanks for being a constant inspiration to so many people Richard, and here’s to many more projects to come.

If any of you have ever had the pleasure of meeting or working with Oli then you know exactly what I am about to say. He is without a doubt one of the nicest, funniest, and most humble men in the suiting world. I haven’t (yet) had the experience of Oli tailoring a suit for me, but if his word-of-mouth reviews are anything to go by then it sounds like there is no better man for the job. I had the joy of photographing Oli for this advent project, it felt more like I was hanging out with a long-time friend, rather than being there to do a job. Thanks for making London smile Oli... even through Covid times! 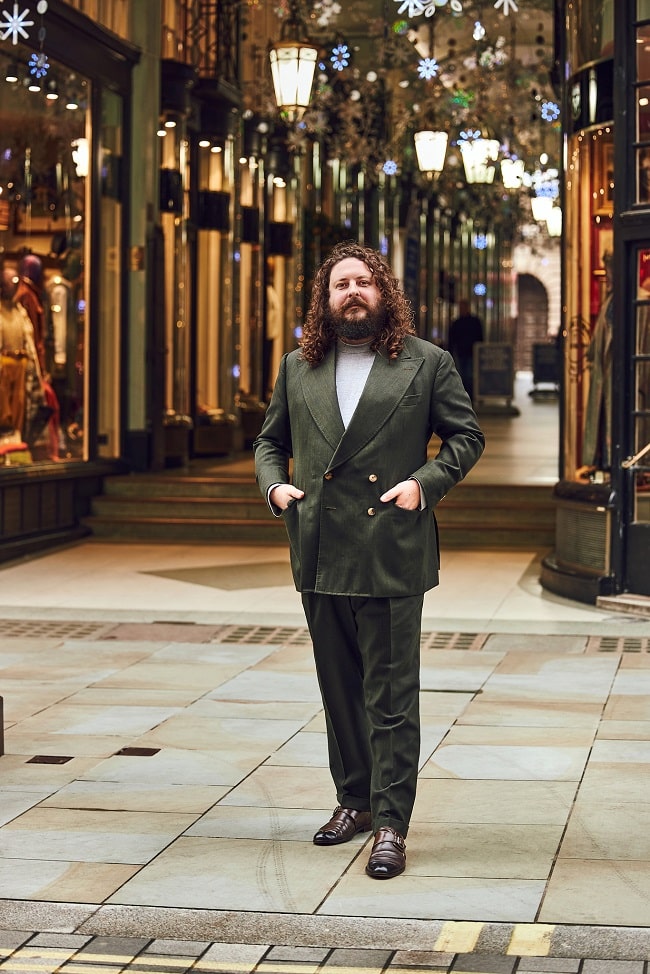 If you’ve not stumbled across images of the power couple that is Mathias and Ciinderella, where have you been? These two ooze everything a fashion couple aspires to be - Photogenic, stylish, business minded... whilst at the same time being some of the nicest people to work with on set. I have had the pleasure of shooting with both Mathias and Ciinderella at many fashion weeks where photographers are crowding round them fighting for the best shot, as well as a couple of brand collaborations. At such a young age they have achieved so much, and it’s amazing to watch them crush the fashion world one collaboration at a time. 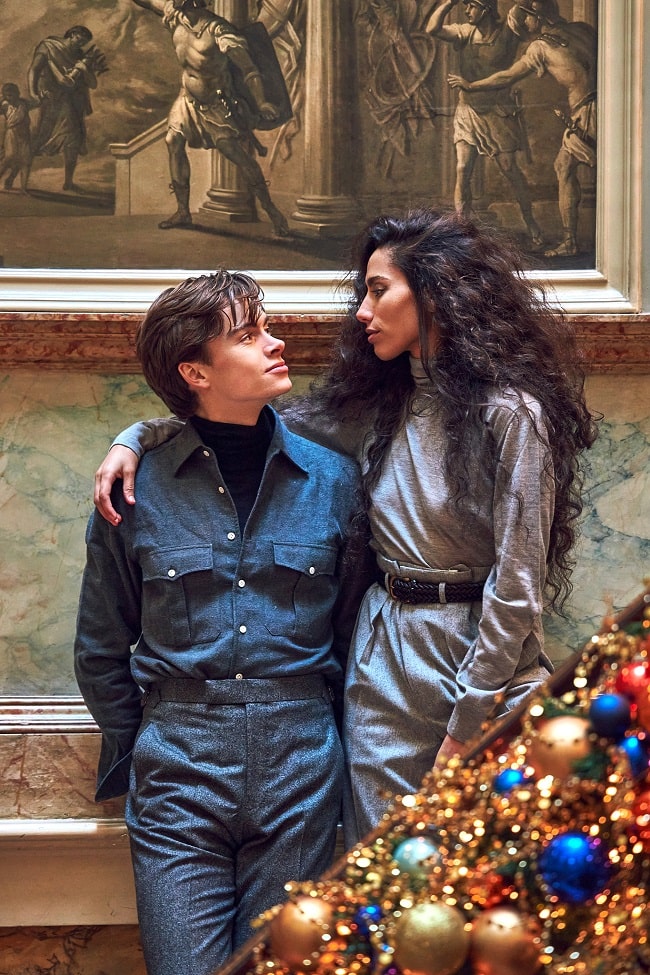 I first met Chris less than a month ago, and I already feel like I have known him throughout my whole photography career. I mean, I wish I had. Chris is one of the best-connected guys in the menswear world, it seems you can’t go anywhere without someone tapping him on the shoulder and saying, “Alright, mate”. It’s probably because Chris is not only hilarious, but he is also incredibly generous with his time, he puts out into the world what he wants to get back in return - and that my friends, is how life is supposed to be lived. In the short amount of time I have known Chris, he has introduced me to a wealth of people, and I couldn’t be more grateful for him being my number one fan on Instagram, and also giving me a confidence in my work that I never had before. 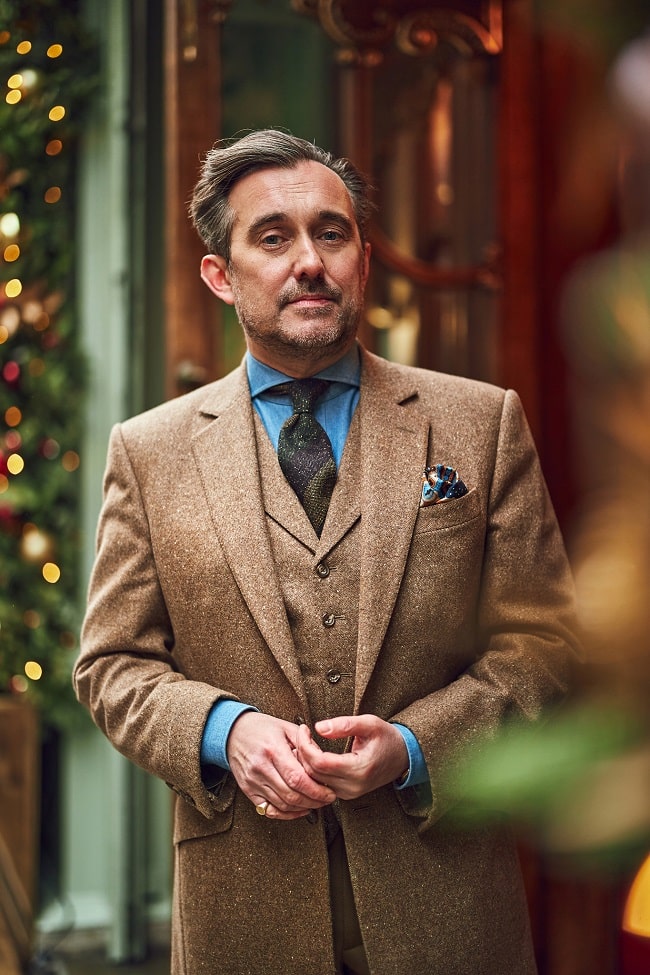 I knew Gurj was going to be lovely before I even met him because whenever I mentioned his name, the return comment was consistently “Gurj is such a great guy”. I can confirm, he really is! I would describe Gurj as a real gentleman with a very kind presence and unassuming confidence. His style is impeccable and somehow, we always end up talking about the most random topics and putting the world to rights within the space of 20 minutes. If you’re looking for inspiration on how to add a simple elegance to your wardrobe, go check out his page, thanks for being such a gentleman Gurj, it’s a pleasure to have you as a friend. 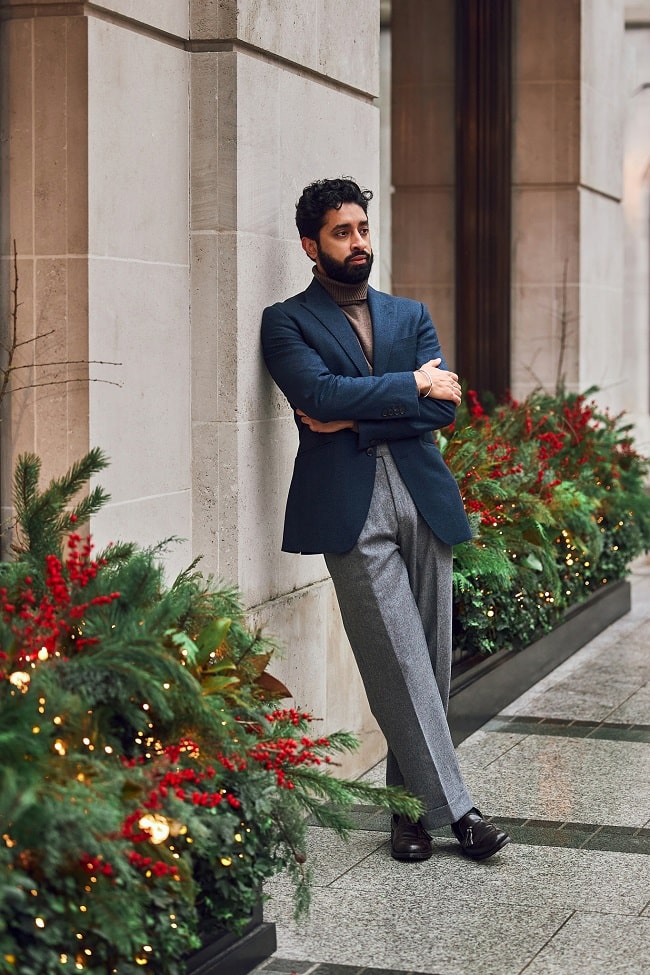 Solomon is not only an incredibly humble guy, but he is also one of the biggest influencers around town right now. With collaborations coming out of his ears this year, he knows how to grow a following, and more importantly, keep them engaged. When I met Solomon for this shoot in London (without any persuasion from my side) he told me his favourite photo anyone has ever taken of him was a shot I took on our first shoot together! From a man with many a photo of himself, I think that’s a huge compliment. We have some exciting shoots coming up together and I can’t wait to keep creating that beautiful content. 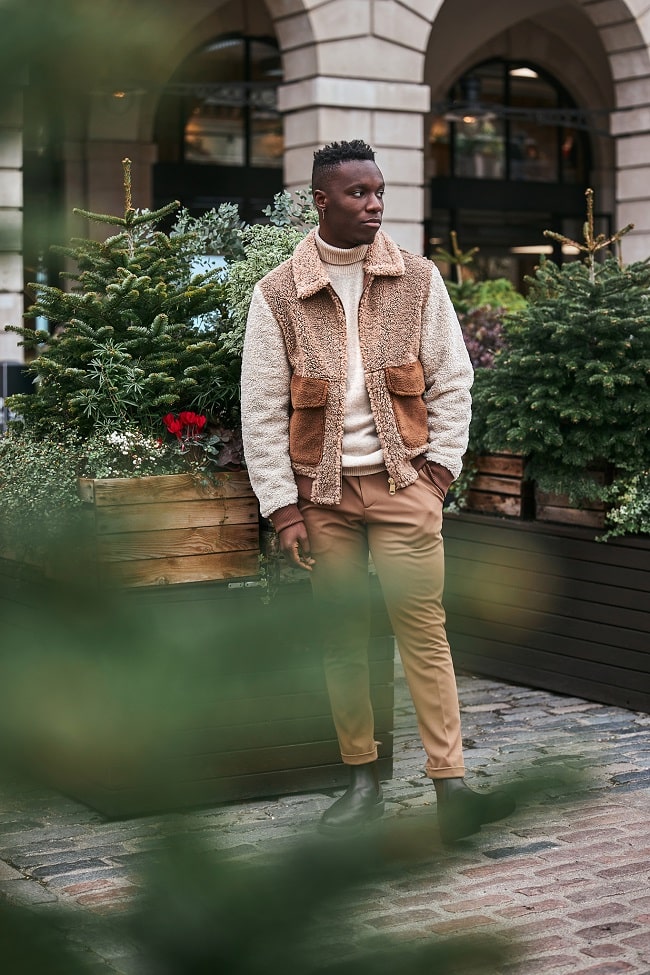 Ricki was one of my earliest photography inspirations. Many of you will know that I used to live and work in New York and it was here I first heard the name Ricki Hall. I lived in Brooklyn, photography was only a hobby, and it was around the time the beards and tattoo look became popular. I was still trying to figure out how a DSLR worked, and Ricki was on billboards around the city and in campaigns of brands I would only dream of working for. I turned to my friend Saxon Campbell and said, "I’m going to shoot with him one day", and no surprises, I did. On my return to London, one of my earliest jobs was to shoot some images for P&Co with the model Ricki Hall. It’s strange how paths cross in life and it’s always nice to remember moments like this to measure how far you’ve come. I now class Ricki as my friend - if only I knew that I’d be able to say that 8 years ago in New York. 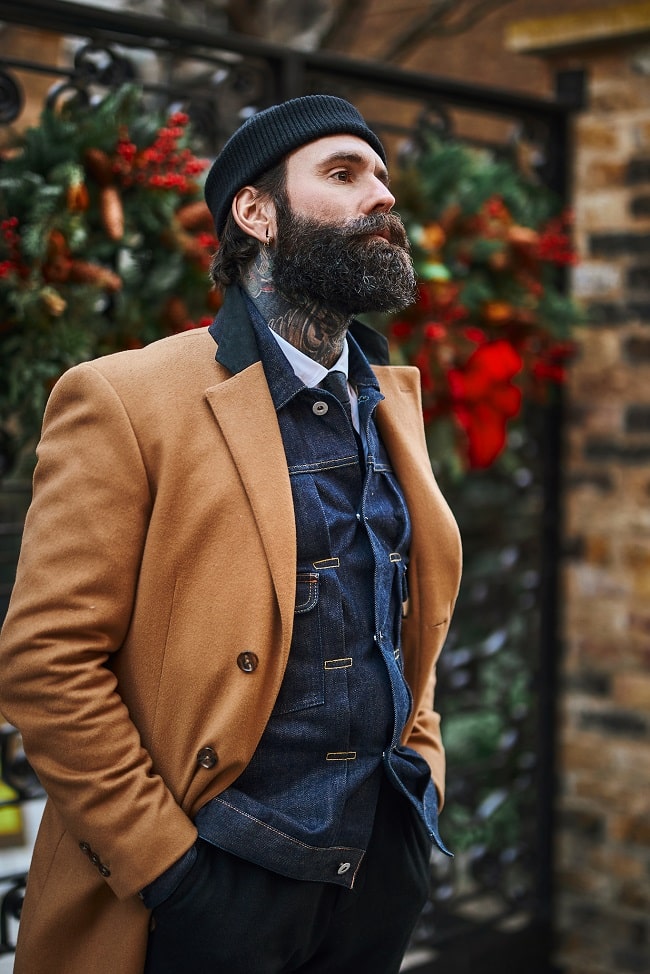 My most recent shoot with Dom was by far my most favourite time working with him. Dom is the creative director at Edward Sexton and creative he most certainly is. The passion, energy and love for his work is beyond anything I’ve ever experienced on set, and everything I now want every time I shoot. It was all about the feeling. Dom wasn’t focussed on how the models looked in the products, he was focused on how wearing the product made them feel. Because at the end of the day, “people won’t remember what you said or did, but they will always remember how you made them feel”. Thank you for that lesson Dom, I’ll take that with me for the rest of my career. 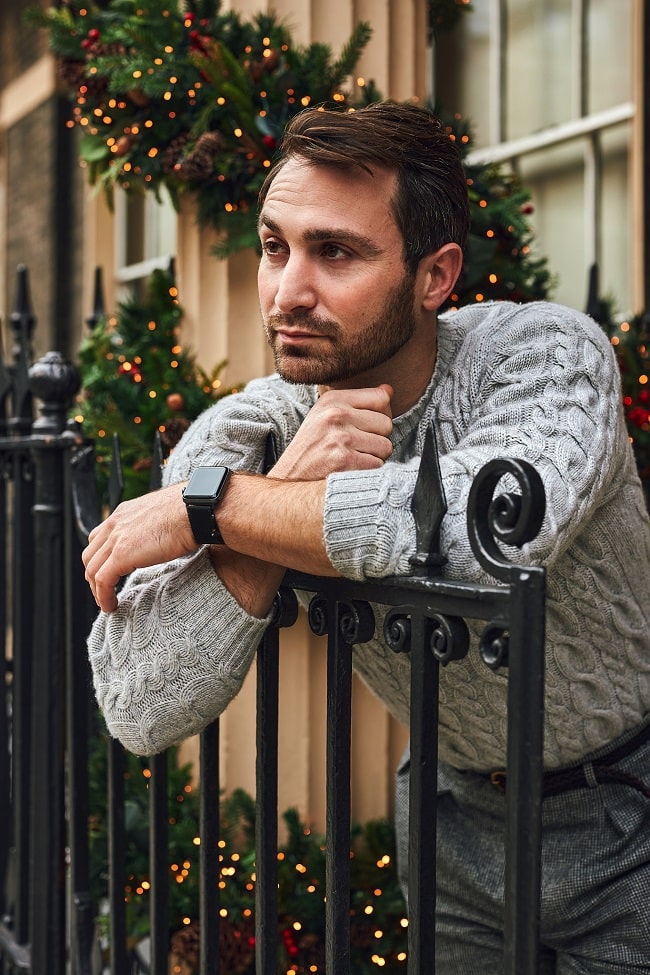 Caroline is the face behind Caroline Andrew London. She is also a female killing it in a predominantly men’s field. After struggling to be taken seriously by many old-fashioned menswear tailors, Caroline started her own tailoring business... and look at her now. She not only boasts a client list of very impressive names, but she also occupies a workspace in the heart of central London. This shoot was the first time I had met Caroline and I could tell from the first moment why she has been such a success. Her passion for her craft along with her friendly, warm, and welcoming persona was the perfect combination of characteristics. I have no doubt that Caroline is many of her clients' first female tailor - A true inspiration for us girls. Never let someone tell you no, just do it your own way. 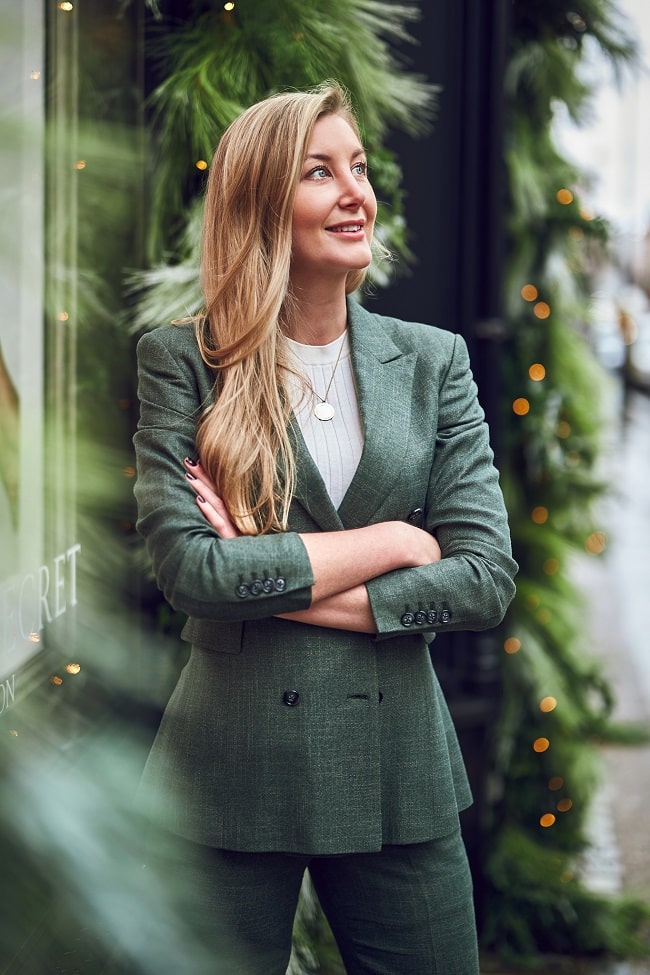