IN CONVERSATION WITH PIERRE ANDRÉ SENIZERGUES OF SOLE TECHNOLOGY 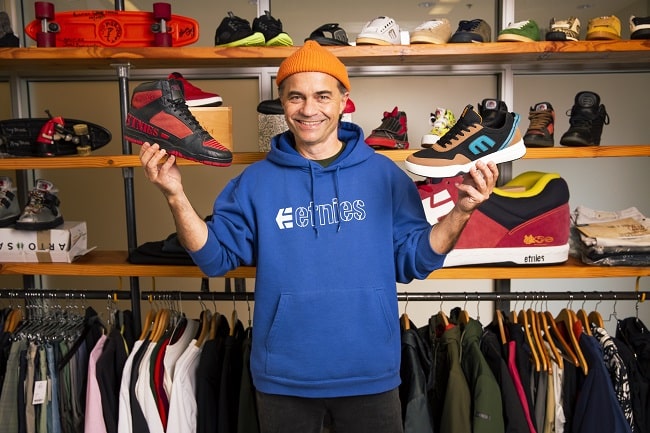 Pierre André Senizergues was born and raised in the suburbs of Paris, and back when he was 15 years old he fell in love with skateboarding. So much so that he wanted to pursue his dream of becoming a professional skateboarder and moved to the skateboarding mecca at the time, Los Angeles to follow his dreams. His path wasn't easy, as he got to LA, he found himself struggling to get recognition from the skate community and ended up being homeless for a while. He finally managed to get his foot in the skate scene and partake in freestyle competitions which he many won (nine European Cup Titles, five European Championships, two World Cup titles and one World Championship). Pierre then wanted to combine two things he loved, design and skateboarding, so he joined etnies, eventually buying the company. Later he added Emerica, éS and ThirtyTwo to the Sole Technology family. Pierre is still to this date heavily involved in the skate scene, in designing the shoes and giving back to the community. etnies has two amazing charity projects, one being 'Buy a shoe donate a shoe' which gives back to the homeless community and 'Buy a shoe plant a tree', which has planted 2 million trees to date.

“I live in California, but I’m from Europe. I grew up in a suburb of Paris and I always dreamed about skateboarding when I was a teenager. I would go skateboarding and travelling with my friends a lot, and eventually I ended up here in California. I was homeless at first and eventually went on to win competitions around the world. At Sole Technology we have five different brands which include etnies. éS Footwear, Emerica, ThirtyTwo, and Altamont, and we distribute to 70 countries around the world. My job as the Founder and CEO is to make sure that everything is working, and I'm paying the bills on time. The brand etnies comes from the word ethnicity or ethnic. It was actually first called ethnic but the name was too close to another brand so we had to change it. We focus especially on shoes and apparel, and those shoes have to be specific for skateboarding. People like the comfort and the durability of our shoes. Absorbing impact is a key feature because the impact on your feet when you skate can be extremely high. I used to be sponsored by different shoe brands in the past and that's what made me decide to start making skate shoes, made by skateboarders for skateboarders, because I could see they were made wrong. One of the key things was actually durability because the griptape quickly destroys them.” 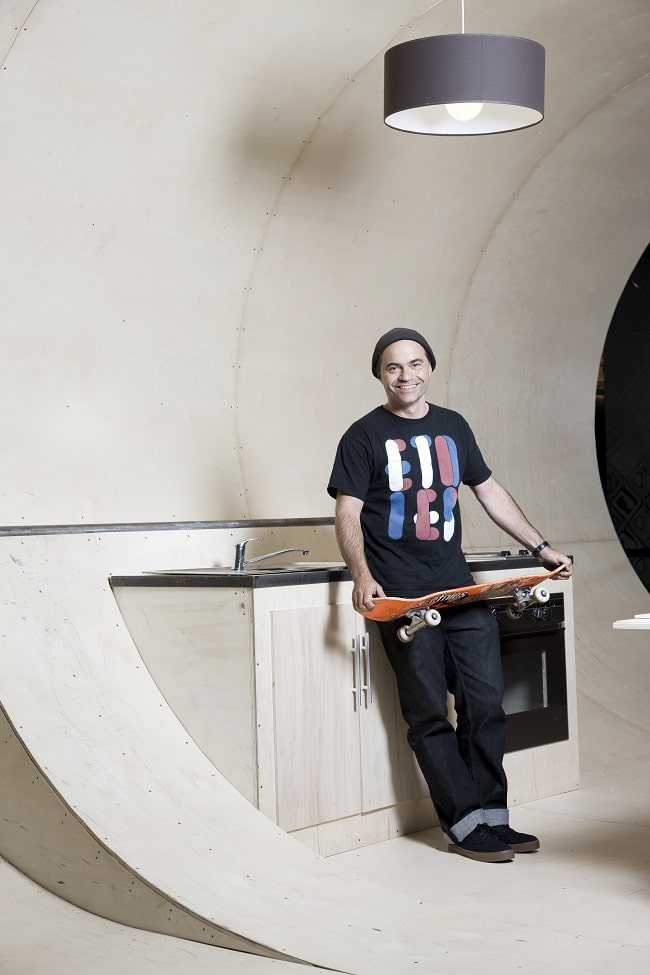 This is a shortened transcribed edit of episode 123 of the MenswearStyle Podcast with André Senizergues, CEO at soletechnology.com. You can listen to the full version below or listen on Apple Podcasts, Spotify, or your favourite podcast player.