SHOULD YOU RUN WITH CARBON FIBER PLATE SHOES?

THIS IS WHAT YOU SHOULD KNOW

Written by Menswear Style in Health & Fitness on the 7th June 2021 / Should You Run With Carbon Fiber Plate Shoes? 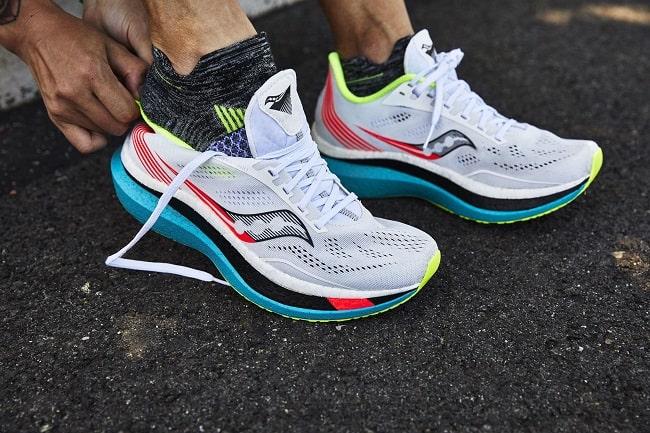 The first carbon fiber running shoe, believe it or not, was introduced over 15 years ago when Adidas experimented with enhancing their iconic racing shoe, the AdiStar. Researchers added a thin carbon fiber plate to the midsole of the shoe to improve durability. Carbon fiber plates are thought to help minimize energy loss when the big toe bends during toe-off, even though the exact mechanics were not well known at the time.

The Story Behind Running Shoes With Carbon Fibre Plates

Nike launched the vapor fly 4 percent in 2017, a racing shoe designed to boost the running economy and help the world's fastest marathoners push the boundaries of human performance. The vaporfly was lavishly cushioned with a proprietary ultralight foam called ZoomX to hold the shoe weight down to 6.8 ounces, unlike standard racing flats. There have been debates on whether the shoe, specifically the carbon-plated midsole, should be permitted in the competition after Nike released the first Vaporfly, which has been revised twice, with message-board posters agitating about "spring-loaded" soles and "technical cheating." However, according to research, the foam provides a greater boost in the running economy than the carbon plate. This is partly since there isn't yet a good understanding of how the plate is meant to function. For the time being, carbon fiber plate shoes are still legal to wear on the streets. In October 2016 Eliud Kipchoge ran a sub-two-hour marathon while wearing custom Nikes that boost performance by 7%. This technology is making its way down to less costly shoes, and rival firms are looking to carbon for a competitive advantage. 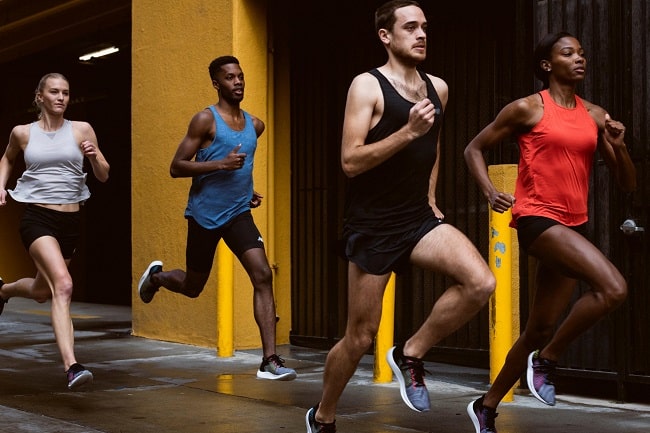 Racing shoes aren't all thin foam bits glued to a mesh top any longer. Instead, they are high-tech devices that appear to be ordinary shoes on the outside, and their sole aim is to get their runner to the finish line first. Check out a selection by Runner's Lab to have a glimpse of Fiber plate running shoes. Every manufacturer has a flagship racer with a carbon fiber plate and their version of super foam. Here’s a list of the best carbon fiber plated running shoes for you.

The FuelCell TC is a plush, long-lasting training partner for the FuelCell RC. It has a full-length carbon plate and a soft and bouncy FuelCell midsole that gives the shoe a zippy trip. The shoe is light and fast, with sensitive FuelCellfoam to cushion the ride and keep you from feeling the plate. The Dynaride outsole comprises small triangular studs that provide excellent traction on wet roads and set the RC Elite apart from other carbon shoes. The RC Elite is the shoe that comes closest to the Vaporfly and Alphafly's results. So it's your best bet if you want a high-quality racer for every distance from 5k to marathon and don't want a swoosh on your foot. 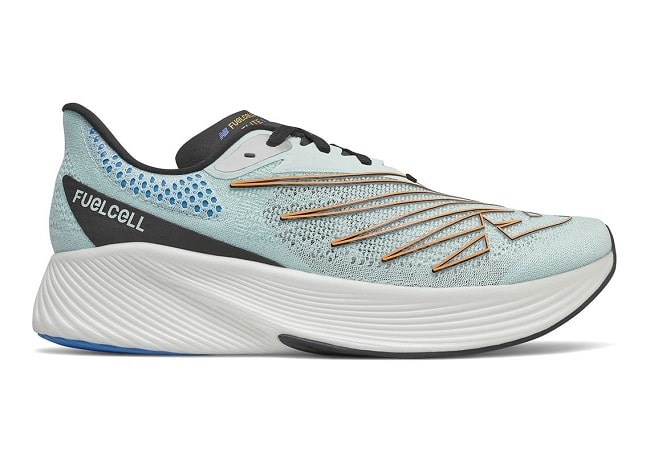 Asics introduced the ASICS Metaracer, the company's first running shoe with a carbon fiber plate. In addition, on the forefoot, there is a carbon fiber plate. In competitions, particularly middle and forefoot runners will benefit from this, as it provides a lot of power when combined with Flyfoam. While ASICS opts for a minimalist approach in the upper, the ASICS running shoe impresses its excellent air circulation and fit. The Metaracer is a decent choice for seasoned runners up to the marathon distance. However, if the speed can't be maintained for so long, this one is more suited to shorter distances up to the half-marathon. 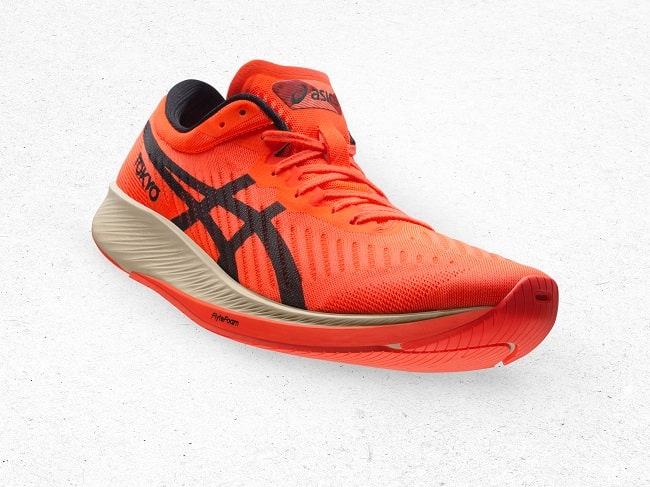 The Endorphin Pro is designed for pace, with a full-length carbon fiber plate and Saucony's latest PWRRUN PB foam. These two emerging innovations combine to provide seamless transitions, high energy returns, and unparalleled responsiveness. The Endorphin Pro also has Saucony's SPEEDROLL construction, which generates power with each step by combining elevated cushioning and a stiff forefoot. The Endorphin Pro offers a cushioned feel and top speeds thanks to a foot-contouring fit and a grippy outsole. 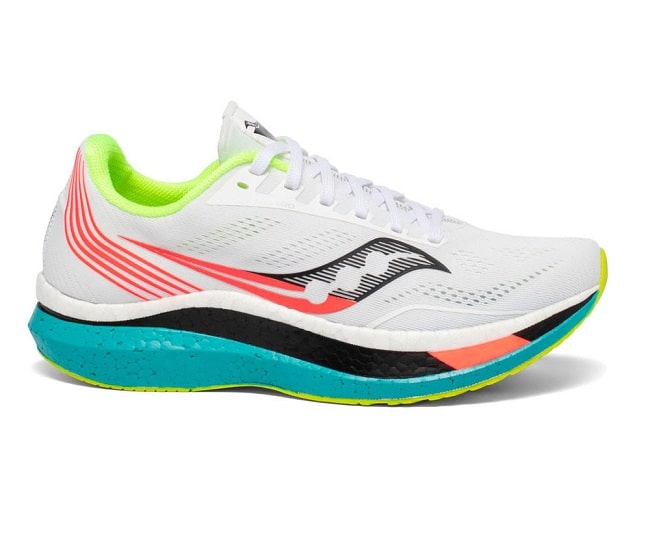 The iconic Adios series has been around for a long time, and it's well known for its quick style, which has set two marathon world records. The Adidas Adizero Pr now comes with Adidas' next-generation Lightstrike Pro compound and Carbon Rods in the forefoot and a carbon heel plate for additional torsional rigidity. The shoe provides a sensitive ride with excellent energy return. The Adios Pro boasts a one-of-a-kind concept designed with one goal in mind: to reclaim the marathon world record. It's finished with a sleek but sticky outsole construction inspired by rock-climbing shoes. 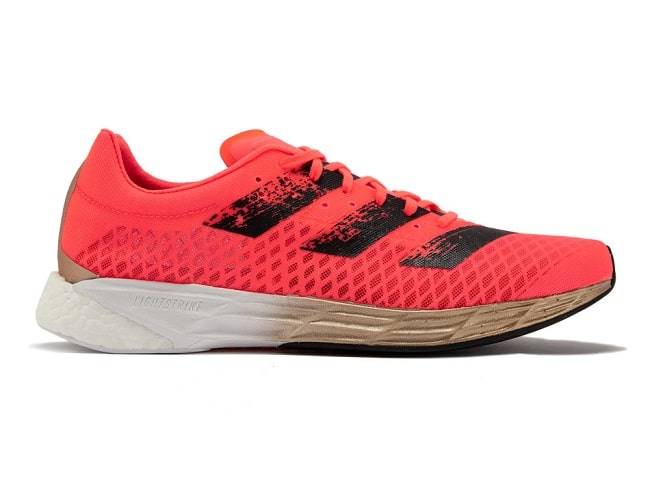 Your running shoe has the potential to make you a quicker runner. Remember that how much is on your feet is related to how much is in your brain. Wearing something you believe will speed you up will give you a mental boost. When you believe you'll be good, your actions shift subtly, making it a self-fulfilling prophecy.