2021 DENIM TRENDS YOU SHOULD TRY 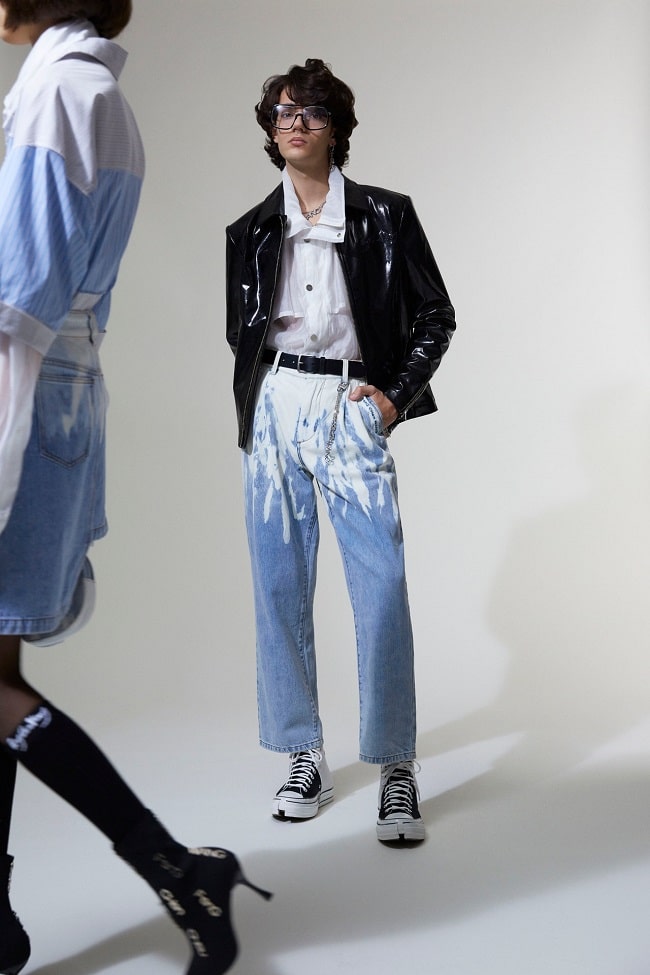 Ever since spring Fashion Week presentations debuted last year, we’ve been hearing about how 2021 symbolises a return to classic form. We’re all supposed to love minimalism and trim the fat (aka, moto denim) from our wardrobes in search of seasonless versatility. At the same time, we’re all expected to have a keen eye toward quality, seeking out selvedge and raw denim and being wary of anything with elastic threads. We’re here to say that, at least as 2021 progresses, these assumptions aren’t entirely wrong. Yet, they provide just a narrow, one-sided snapshot. Gen Z appears enamoured with the wide-cut, baggy silhouettes of the late ‘90s and early ‘00s, steeping everything in filtered nostalgia. However, not everything is about embracing the Y2K aesthetic and all its pseudo-authenticity. 20-plus years from this source of inspiration, many of us can wear denim to work – tops and bottoms. This development has emerged as work-friendly or smart casual, and a good deal of this year’s styles hinge on this aspect. Rips, patches, glimmering embellishments, and stark fading won’t take you far in the corporate and even the creative agency world. With streetwear influencing high fashion, and minimal breadth between a teen’s and thirtysomething’s choices, we’re not so much facing a turn of the 21st century, part two, as a revisiting of why we all love (and will continue to wear) denim in the first place. What will the official start of this new decade be remembered by? Talking about jeans, denim jackets, and shirts, we’re spotting:

For close to the past decade, a clean, linear silhouette characterised slim- to straight-fitting denim. Exceptions existed, from the muscle-y lines cast from spray-on skinny jeans to cropped fits accentuating the ankle. Stacked jeans haven’t been on our radar since the late 2000s. For a primer, this effect appears when you’re wearing a slightly longer, albeit not completely baggy, length that bunches up around the ankles to the knee. Chances are, you can already do this with a few items in your wardrobe, particularly slim to relaxed jeans. Have you been rolling or cuffing your jeans? Simply roll them down all the way, and pair them with trainers or boots. 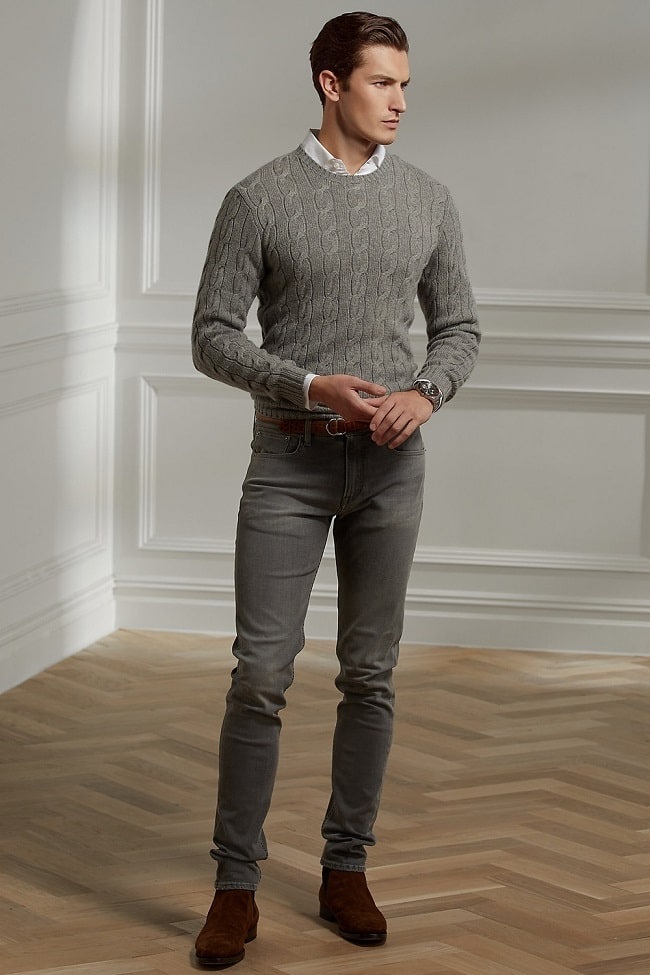 “When aren’t these in style?” you might be thinking to yourself. The fact is, for most casualwear, black, charcoal, and grey jeans have dominated our wardrobes for the past five years. It’s not hard to see why. The colours are versatile and, equally important, are work appropriate. Switch them out with your chinos, and no one will be able to tell. In line with the whole return to form concept, classic indigo – saturated to lightly faded – is receiving more attention for its timelessness. Yes, it’s also versatile, but these jeans actually look like denim. Anything with a solid, even wash still fits the workplace dress code.

That barely blue effect isn’t going away, however. You know what we’re talking about. It’s that so-light-it’s-almost-white wash, and from a distance, you can’t really tell. Building off this last point, bona fide white denim is also having its time – brilliant and almost pearlescent, slightly faded and off, and tanned so it looks like cotton duck. There’s simplicity in the combination, and it’s so uncomplicated that they’re a low-key substitute for your indigo pairs. 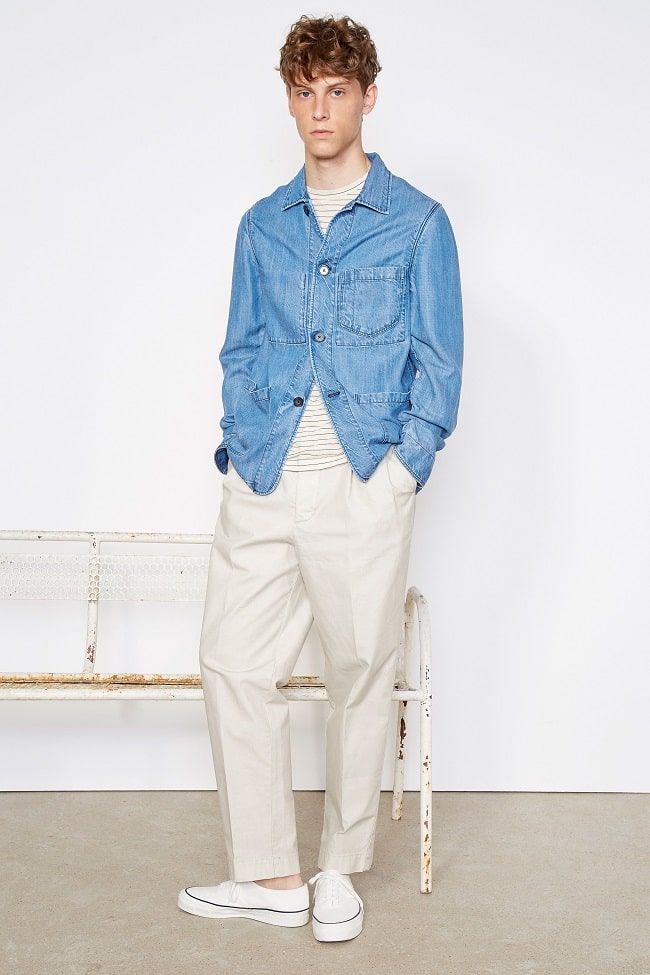 Although brands like Dickies make work jeans, this is denim inspired by the shape of workwear. It’s straight, enhanced by durability and a thick weave. You see it stand out from the pack with extra pockets and loops on the exterior. They’re simultaneously shapeless and utilitarian while speaking partially to denim’s origins.

At least in more recent memory, the late ‘90s and early ‘00s are our last reference point for baggier fits. Yet, further attesting to that era’s nostalgia, this cut found its footing with bellbottoms in the ‘70s. We’re here to tell you this: Baggy jeans in 2021 follow neither nostalgia trip. Rather, they’re a logical reaction to the skinny jeans dominating menswear and the increasingly cropped hems we’ve spotted since 2017. What does baggy mean now? For one, avoid having that hem drag along the ground, fraying and picking up dirt in the process. Secondly, while your trousers won’t make a flared line, the structure bellbottoms afforded is present. Instead, transcending teen to young adult and even middle-age style, these jeans make clean lines right down to your boots, covering the ankle without appearing shapeless and delivering a definite silhouette. For adults with a few decades under your belt, all you’re getting is simply more space and relief. 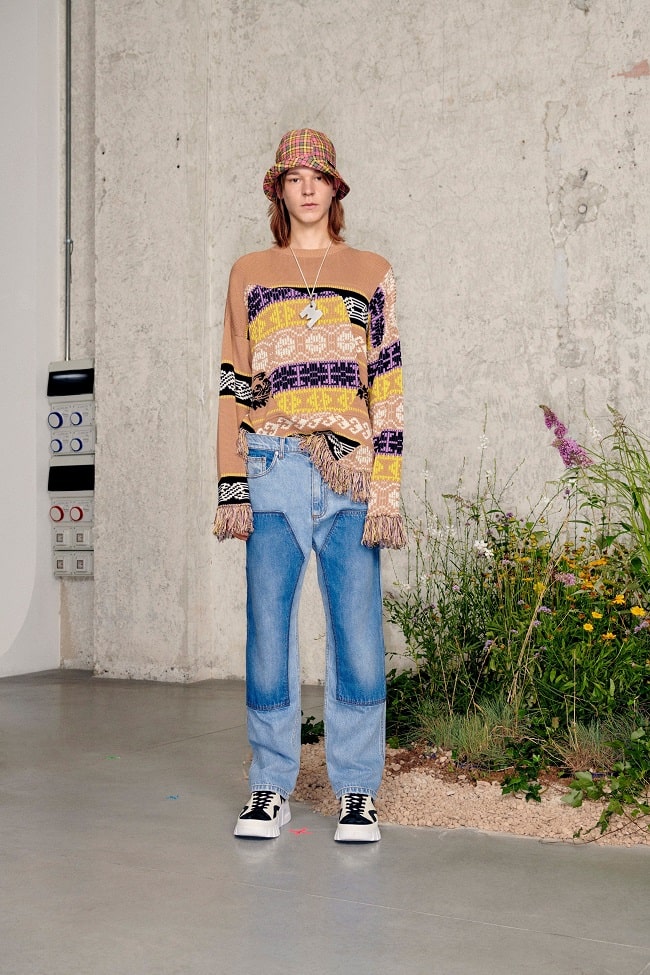 These ribcage-grazing lines entered the fashion vernacular about two years ago, complete with pleats to wear their retro badge with pride. As we’ve become accustomed to this height, denim has adopted it. Mid-rise heights reach a few more inches, resembling jeans we last spotted in the ‘80s and early ‘90s, yet infused with a touch of ‘50s classic style. Here, your jeans should hit at your proper waist – not hang about your hips – with your shirt tucked in to deliberately emphasise and highlight the line created.

To many, faded denim’s about ready to enter its twilight. The general perception has been nearly bleached patches on medium-rinse indigo, resulting in a more mottled appearance. Faded denim in 2021 waves to its predecessor, noting its farewell. This time around, the material appears as if it’s been drying in the sun or acted as an everyday staple of your wardrobe for years. The result delivers an overall washed-out patina, the equivalent of an old, somewhat yellowed photograph, that communicates its resilience and strength to keep on going on and on. In short, it’s utility style without all those extra pockets you’ll never use. 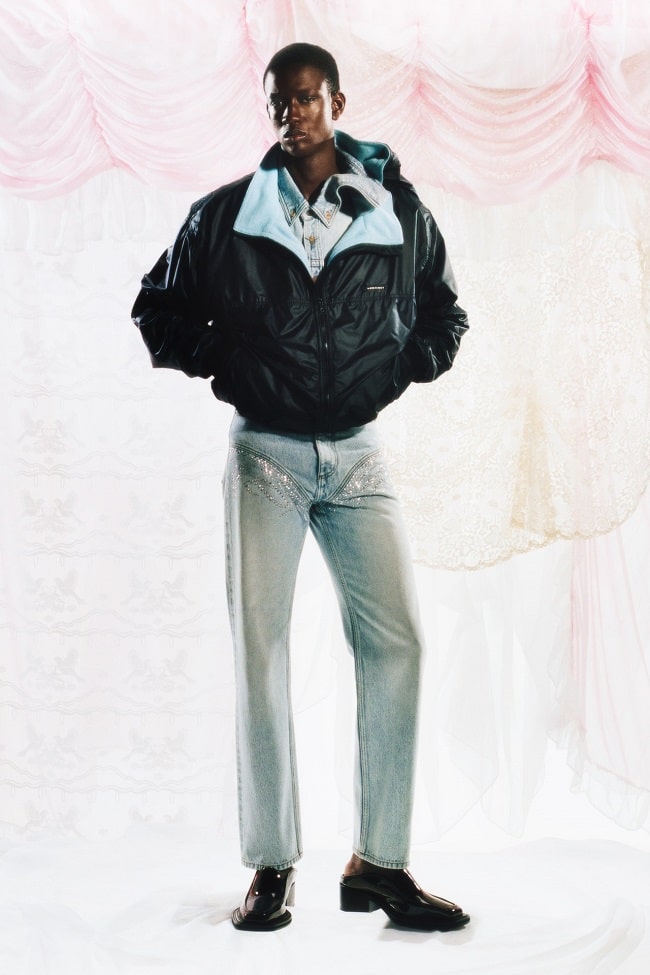 We keep on seeing how we all need to try leather trousers. Yet, two blind spots exist. One, for spring, your legs will be covered in sweat, and two, they’re an expensive novelty item. Instead of saying to yourself, “I can’t believe I bought that” in about two years’ time, waxed jeans present an alternative, with a sleek, shiny appearance that still has the familiarity and comfort of cotton.

This is predictable, to some extent, considering the plethora of pastels infiltrating menswear. Going beyond expectations, tie-dye denim made its presence known on the runways during last year’s SS21 presentations. Here, nothing’s off limits concerning shades and patterns and the cuts you apply them to. 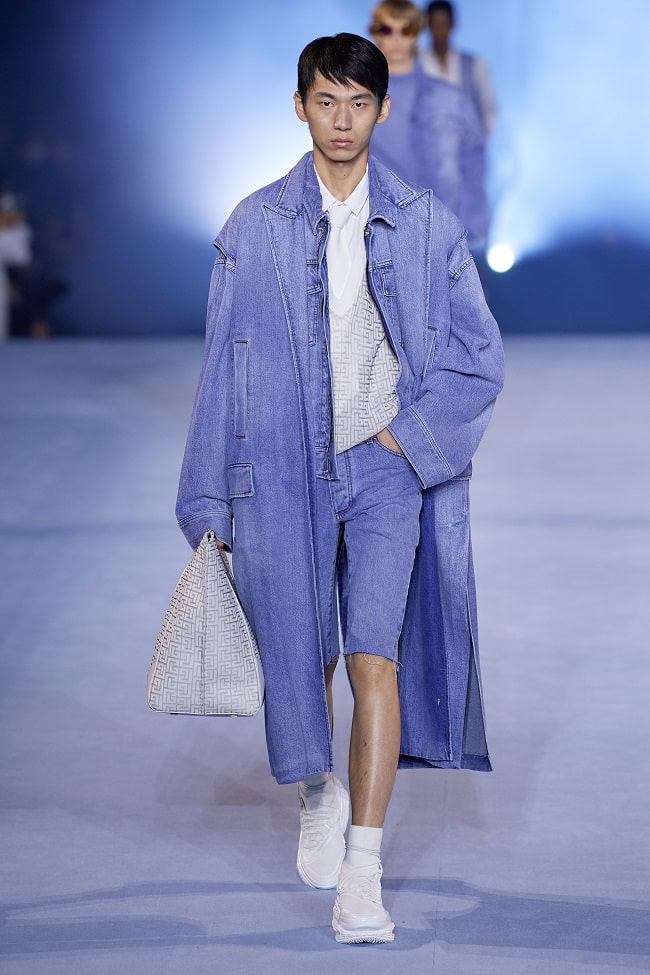