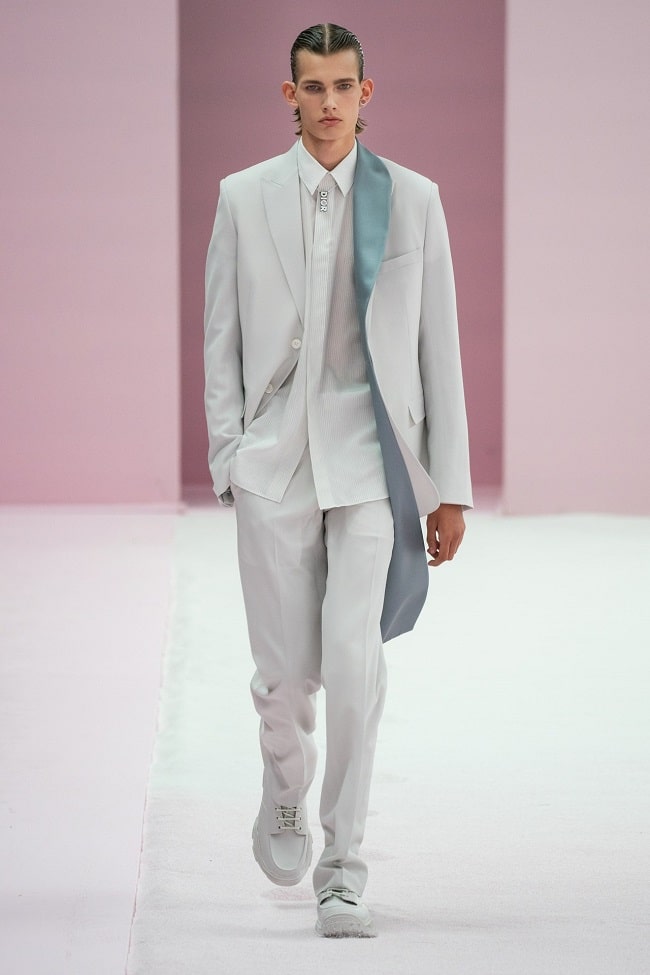 Even the non-fashionably inclined have associations with the word “dandy.” We picture a well-dressed gent, perhaps somewhat effeminately so, that some would describe as foppish. You envision a velvet suit, maybe some lace, and, especially in the period sense, a waistcoat. Menswear aficionados one-up this, often picturing the crafted laidback stylings of Beau Brimmell and strive for such calculated effortlessness with their own. What’s been described as “dandy” fashion has existed in some form since the 18th century, appearing in London and Paris before it migrated across England. But, especially with dandy style being revisited in modern times – or reworked for the modern man, as has been the case of Alessandro Michele’s version of Gucci – it’s key to note that dandyism is more than an aesthetic and, instead, a mindset that manifests through clothing.

What is Dandy Style?

We all have the visuals somewhere in our mind. Yet, dandyism goes beyond velvet suits and Balmoral boots, instead embodying a lifestyle where luxury, refinement, and effortlessness extend from one’s outlook and attitude to the clothing they wear. You can’t be tightly wound and anxious, nor can you be cheap, and approach what’s considered a detailed, elevated, yet not noticeably forced style authentically. What we perceive as dandyism dates back to the 18th and early 19th centuries, considered both an intellectual and aesthetic pursuit of worldly things yet without overt, dogmatic enthusiasm. Figures forwarding and cultivating this air prominently encompass Charles Baudelaire, Oscar Wilde, Lord Byron, and, as the paradigm, George Bryan “Beau” Brummell. Although Brummell’s attitude and supposed importance are not without their critics, he conceived what we’d now consider the male equivalent of effortless perfection: fastidiously unassuming and deliberately violating social norms through his choice of attire.

For period literature, the aesthetic is a defining feature of The Picture of Dorian Grey, The Great Gatsby, in more recent memory, the wealthy, louchey Anthony MacMurrough from At Swim, Two Boys, who subverts early 20th century Irish upper-class expectations simply by embracing his homosexuality. Visually, these historical signifiers emerge as a combination of slim-cut suits or trousers at a time when men wore britches, refined fabrics and detailed touches like lace, wigs, and even jewellery. However, as much of it sounds like it should be forced, the core of the dandy aesthetic is going about it naturally: Ultimately, “I woke up like this” in a period drama. Across the pond, dandyism takes a similar albeit different form, captured more recently in Shantrelle P. Lewis’s Dandy Lion: The Black Dandy and Street Style and 2010 photo exhibit of the same name. In the US, excluding the more recent mainstream interest in androgynous-leaning fashion, it has materialised through Black communities looking to defy and push against white social expectations. As perhaps a confluence of these factors, “modern” dandy style – as opposed to admiration of 19th century Romanticism – explores this attitude of style and social defiance through precision. 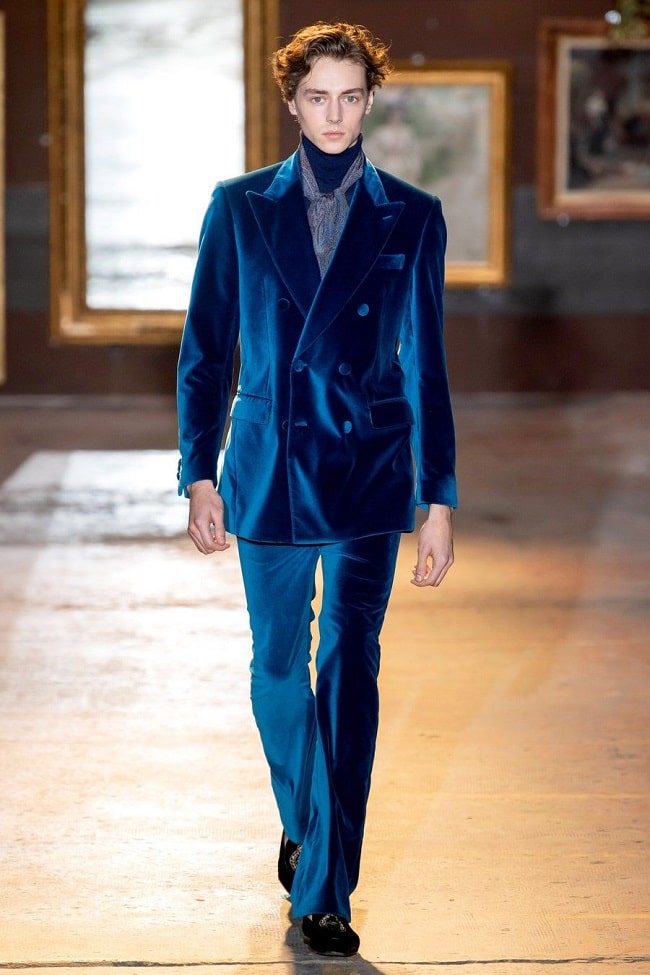 To some extent, modern menswear directly embraces dandyism, from suit construction to the growing importance of grooming. Yet, whether you’re thinking traditionally or specifically in the present, not everything menswear falls within this scope. Instead, to become a modern dandy:

Your suit, of course. A poor fit, whether too loose or too pinched, indicates a lack of attention to detail. Yet, today, everything can be tailored, from your work wardrobe to your weekend tee. Not every dandy will live in a suit – although he’ll frequently prefer it above all else – but his eye for precision first emerges through how well everything fits his frame. In short, you have to step out looking like everything you own has been customised. On the subject of fit, we’ve associated dandy style with slimmer cuts – and this spot’s still perfect for exploring. Yet, the defying-expectations angle can also be achieved through a precisely loose fit – think of those Dior Men suits we saw a few years ago. The key between these is to avoid something too loose – it clearly doesn’t fit well in the right areas and has started to bag, making your torso and legs have no shape. 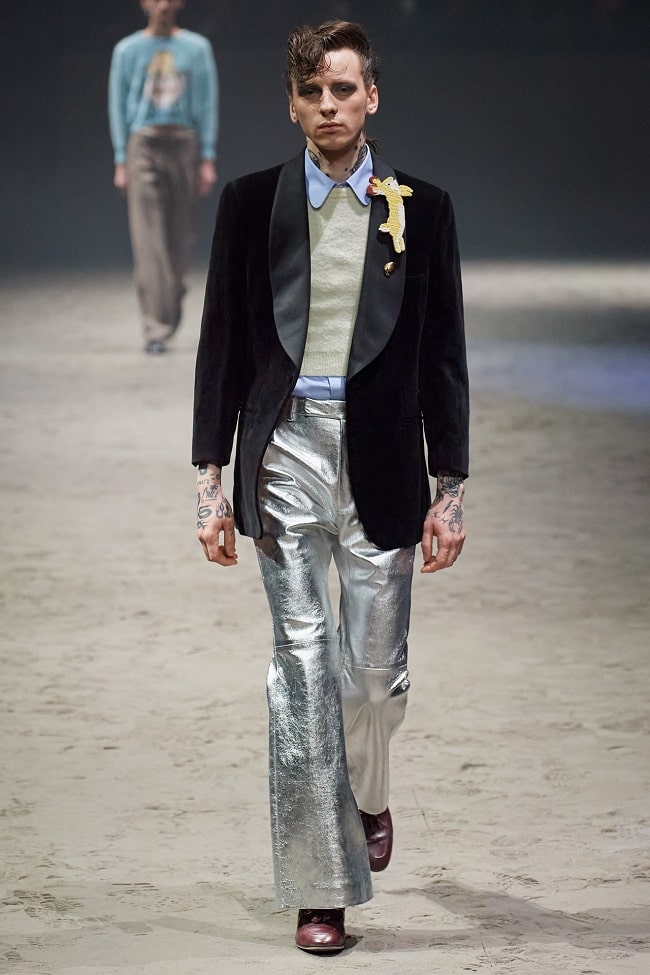 Many falsely believe that dandyism coincides with flamboyance. Although overlap exists – you can’t be a dandy and be a true minimalist – you can tell when someone’s piling it all on and not paying attention to how each item works with another and when someone’s eye is so refined that every texture, colour, accessory, and flourish, from embroidery to button style, matters. While effortlessly elevated is your end goal, this path can take you too close to haphazard – you simply don’t care or glamorise excess beyond structure – or toward obvious neuroticism.

Too literal is dull. We get it, we see it, and we understand it. It’s like encountering a heavy-handed metaphor that carries an entire book or movie: Maybe the conception seemed clever, but the repetition makes it painful to experience. To some extent, that degree of obviousness lurks throughout menswear, be it the logomania of streetwear or on-the-nose androgyny through various shades of pinks and purples and increasing usage of feminine fabrics and silhouettes. Thinking about this, your ensemble should fall within the dress code – preferably a tad on the formal end – while exceeding expectations. We, for instance, expect a man to arrive in a suit or, by the weekend, don’t blink when he has a polo and chinos on. Yet, as already stressed above, the execution shouldn’t come across as forced – dandyism isn’t cosplay, and being too elevated or referential winds up falling within this territory. So, what makes something “elevated”? For one, you clearly understand the rules – yet the nuances are so familiar, you know what to do with them. This can entail playing around with various accessories or exploring textures and colours. A modern dandy, for instance, won’t show up in a navy two-piece suit with notched lapels: He brightens up the hue, leaning toward cobalt or royal blue, and selects peak lapels, perhaps accenting his suit jacket with a contrasting pocket square or brooch. As well, a modern dandy never settles for cheap looking: Natural, quality fabrics, from cotton, wool, and tweed to silk and cashmere take precedence over polyester. From this framework, zero-in on the finer aspects, particularly textures, be it a distinctive weave, ridged corduroy wales, or the softness of velvet. 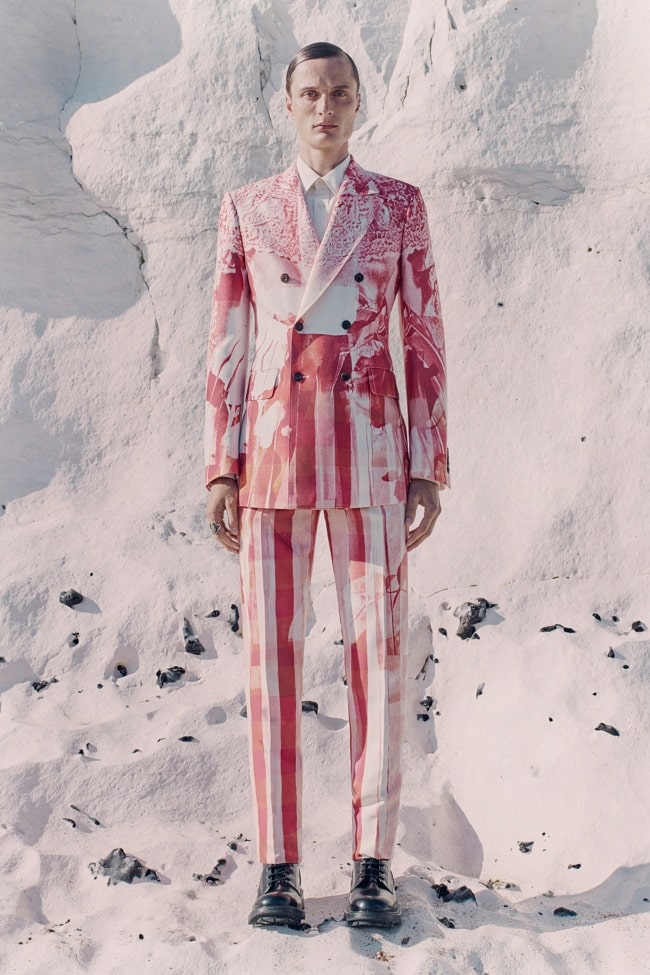 There’s relevance, and there’s chasing after every single trend you can get your hands on. The former, realised through a knowledge of the present and utilisation of classic elements, positions you as someone of note. The latter symbolises more desperation – of seeking relevance and having it regularly leap from your grasp every few months. Considering these factors, modern dandy style sits on classic garments, be it Oxford dress shoes with brogue details, a three-piece suit, or silhouettes from no specific point in time. Yet, their combination feels both current and without a direct timestamp, as if you’ve entered from another era but are knowingly aware of all present customs.

Considering all points described thus far, you wouldn’t be mistaken to associate dandyism with minimalism. Although some aspects overlap – particularly a penchant for classic styles – minimalism comes with a strong dose of pragmatism and hesitancy. Dandyism sets itself apart through experimentation – or, more specifically, taking the rules and bending them to your liking. This method manifests in a few forms: stepping beyond the safe realm of neutrals to experiment with brighter, bolder shapes and patterns, even if through your accessories. It’s having a firm grasp on – if not being a master of – pattern mixing. At the same time, there are few accessories you won’t try – patterned ties and pocket squares, lapel pins, cufflinks, and, more recently, men’s jewellery are all up for grabs and enliven the most neutral suits. 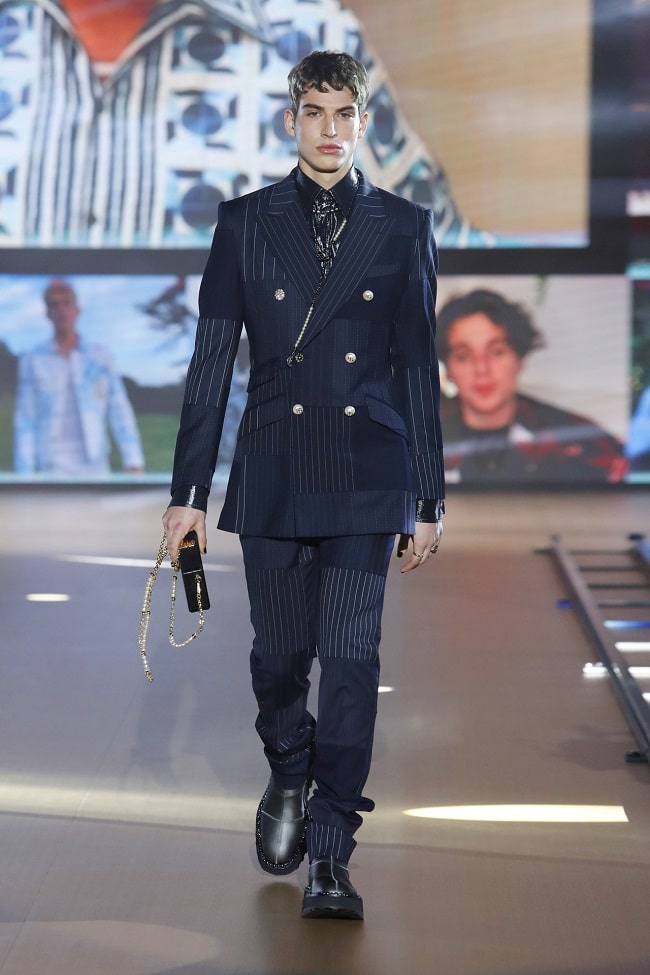 If you’ve agonised over every aspect of your suit, shirt, shoes, and accessories only to neglect your grooming, you’ve just undermined yourself significantly. Rather, dandyism then and now takes a more holistic approach. Precision extends to every corner, encompassing grooming in the process. Today, that starts with a haircut and appropriate maintenance – from your head through your facial hair. Skincare, especially in the present, should be part of the equation, whether that’s simply moisturising for hydration or using a multi-step system to target fine lines and other signs of ageing.