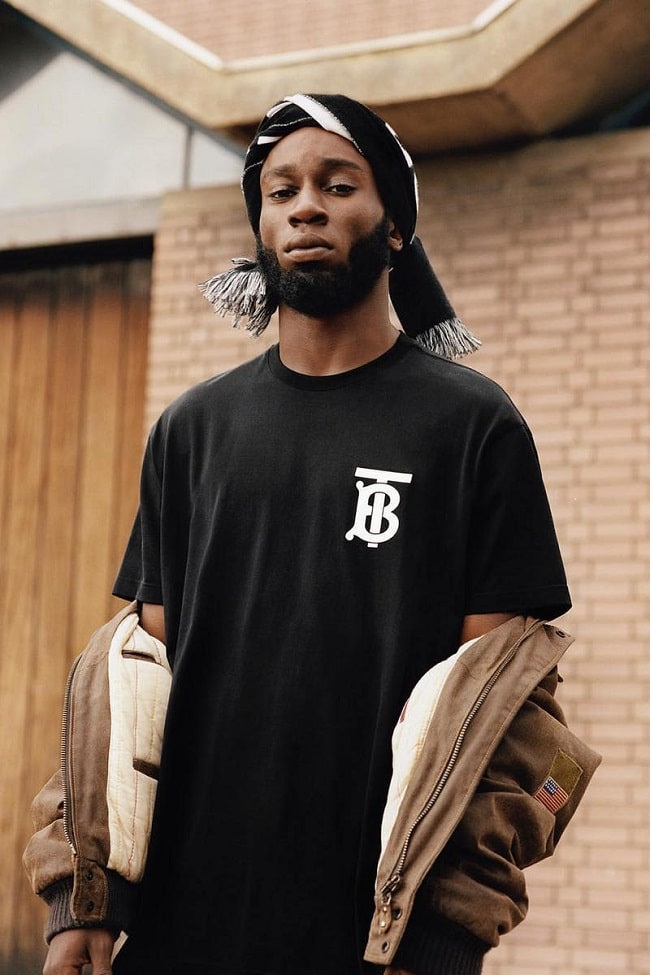 What’s limited has appeal, and what’s scarce drives demand. That’s essentially the core of the drop model – a fixture of streetwear from as far back as the 1980s and one now being adopted holistically across fashion and even beyond apparel. We’ve been seeing for a couple years now that fashion is increasingly seasonless, with collections conceptualised and created outside the boundaries of northern hemisphere seasonal changes. The result has taken a few forms: short sleeves in winter (and knits for summer collections), fewer overall Fashion Week presentations throughout the year, and, more prominently, utilising a drop model. Where do drops succeed – and where do they contribute to fashion’s increasing stratification and over-consumption?

What is a Drop?

Sportswear brands going back to the 1980s began releasing limited-edition footwear collections, essentially igniting what we call sneaker culture today. However, what we generally perceive as the drop model comes from the success of certain streetwear brands – Supreme in New York and Palace in London come to mind. In these instances, exclusivity is just part of the overall picture. Instead, the familiar scene – of a queue forming outside a store, sometimes hours if not the night in advance, to grab the latest apparel or gear, produced in select quantities.

It’s not unlike the opening of a new Star Wars movie, complete with swag. The significant difference here is regularity: For Supreme’s flagship locations, the date has been every Thursday. Pre-pandemic, the hype reached such an apex tickets were required to participate. As another dimension of Supreme’s success, buyers don’t know what will be available ahead of time – it’s ultimately a surprise, based on a limited-edition selection. From here, though, the drop phenomenon has a ripple effect similar to how concert tickets now get sold online: Buyers purchase the merchandise and, due to the hype and select amounts surrounding it, mark it up significantly on eBay, Grailed, and other reseller platforms. 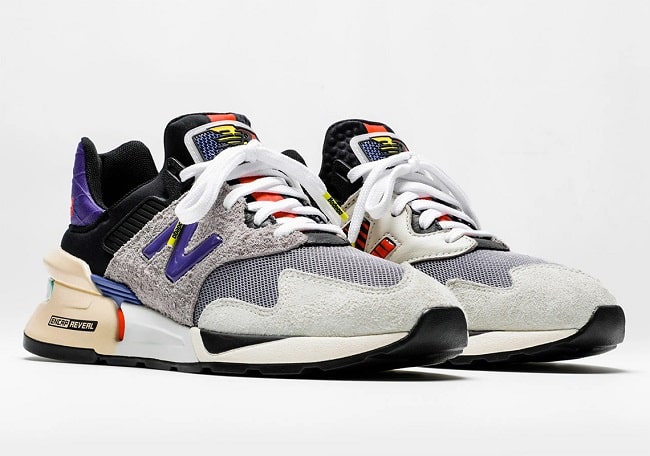 Of course, this isn’t to say that Supreme doesn’t do previews. They execute this with regularity, offering glimpses at their latest collections or collaborations. Many of these are one-offs, while others end up with multiple iterations over the years – see Supreme x Vans or Comme des Garcons as a few prominent examples. However and whenever the collection gets released, its status continues for years – grailed by hypebeasts and sneakerheads striving to complete their collections or purchase something exclusive. It feels nearly one-of-a-kind, to the point you’ve got to keep your eyes peeled for fakes on reseller platforms.

The model doesn’t seem that different from – and builds off – the foundation laid by fast fashion: notice demand, produce a collection quickly, and launch it in record time. Up until the pandemic, turnarounds met tighter and tighter deadlines, fueled through social media trends and buy-from-the-runway expectations. But, the drop diverges in one overarching area that ultimately shapes its supply chain: Once it’s gone, it’s gone. The materials have been used, the products created, and now, consumers seeking a particular item have to hunt it down. It won’t be in stock, and you’ve missed your chance. 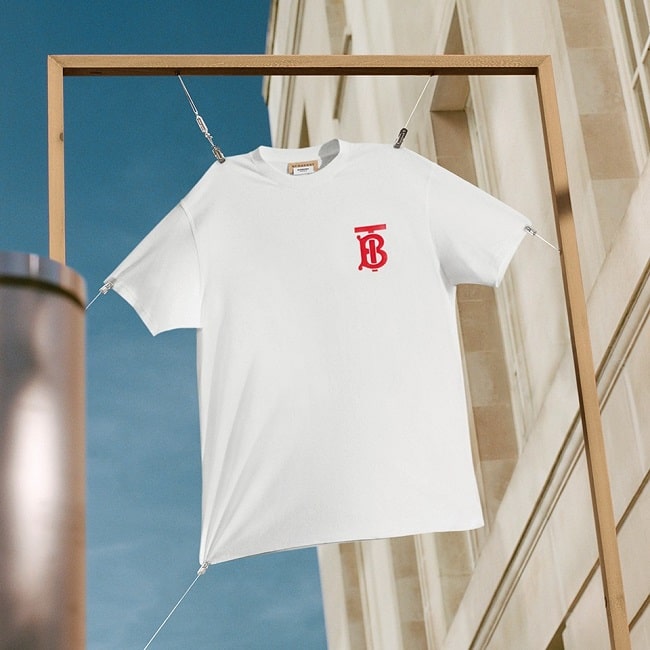 While the drop model and Supreme are inextricably linked in the present, the New York skate brand isn’t the originator. Rather, Supreme’s methods, which have shaped modern-day streetwear culture, make it a propagator. The model utilised for the modern-day drop started in the mid-‘80s with Nike’s Jordan brand releasing limited-edition colourways. By the 1990s, streetwear brands like Supreme and Stussy establishing their presence began releasing merchandise through their brick-and-mortar locations.

Running almost in parallel but starting slightly earlier, Japanese streetwear brands began unveiling new product offerings in this format. Into the 2000s, other emerging streetwear retailers, including Bodega, Flight Club, and Kith, adopted this strategy for the merchandise they carried and eventually their own collections. The drop model has spread throughout menswear via a few key pathways. One, the luxury streetwear brand emerged over the past decade – some of these are stalwart brands like Givenchy taking inspiration from street style and others, like Vetements, Fear of God, Off-White, and Hood By Air, entered at this echelon through this vision.

The success of periodic limited-edition collaborations through streetwear and streetwear-like brands caused retailers and designers to take note. This pattern resulted in department store chains, like the now-defunct Barney’s, and multi-brand retailers like Dover Street Market to experiment with this model, and for higher-end menswear brands to play drops off their seasonal collections – like Burberry, under the direction of Riccardo Tisci, to release its B Series. 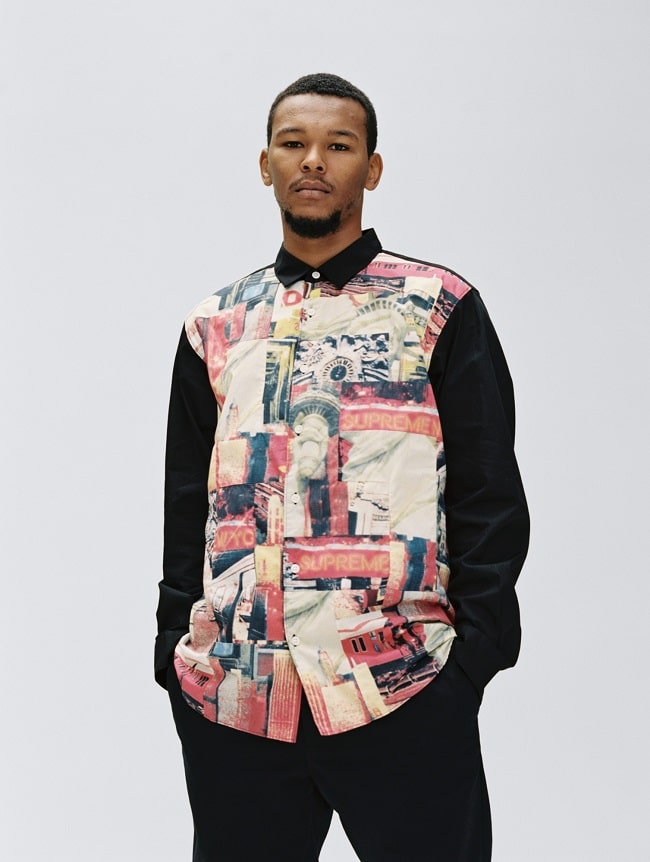 From here, the momentum of non-seasonal collections meant designers have started questioning this model from creativity and sustainability standpoints. Reflecting this, brands like Public School and Alexander Wang announced over the past few years their plans to transition to a “seasonless” model characterised by periodic, drop-style collections. Just as with all things fashion, the drop has trickled down through the allure of exclusivity. It’s a medium for sportswear brands like Adidas and Nike to distinguish their limited-edition and collaboration lines from their standard-issue kicks. At the same time, H&M has dabbled with a few drop-based approaches. Its Nyden line, created in-house in collaboration with select stylists and artists, releases a limited number of garments when the brand sees fit.

As well, occasional high-end collaborations – more visibly with Balmain – speak to this yearning for something few people have. Even Amazon has attempted a drop-based brand it directly named The Drop in 2019. Offering limited-edition collections curated or inspired by fashion influencers, Amazon makes its Drop collections available for just 30 hours at a time, while contrasting these select offerings with its Staples line. Outside of fashion, drops are increasingly present in the skincare and makeup world – often buoyed by influencer-helmed brands. Furthermore, even the restaurant industry has experimented with this limited-edition model: see the bizarre hype around Popeye’s spicy chicken sandwich in the US as one prominent example. 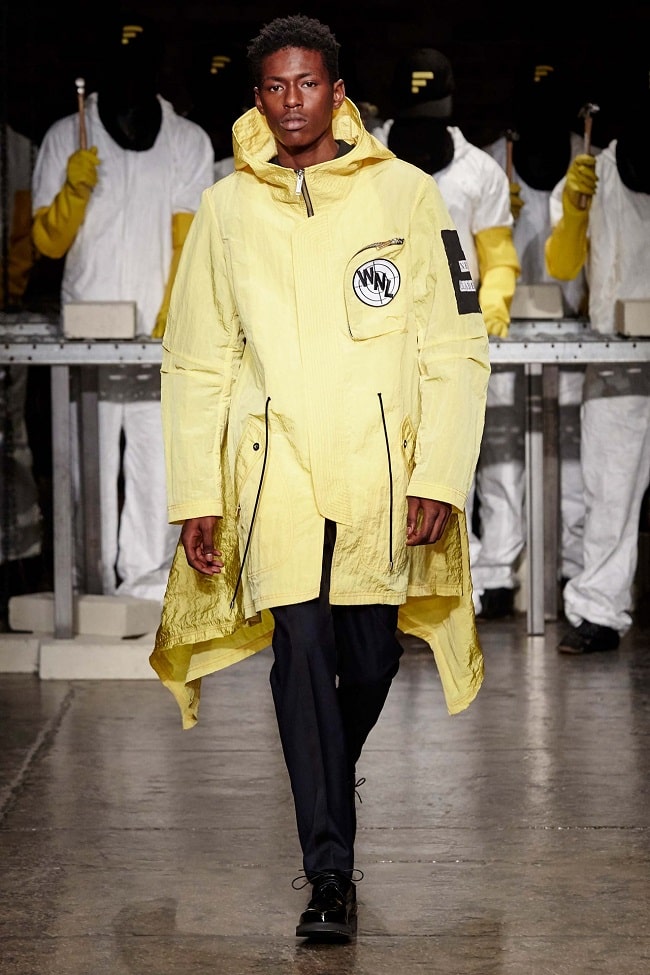 The Pros and Cons of the Drop Model

Unfortunately, you can’t clearly delineate the drop model’s advantages and drawbacks, and increasingly, they’re one in the same:

A New Era of Investment Pieces

“Investment piece,” for decades, has brought up images of navy suits and light-blue dress shirts – garments only to be taken out for job interviews and other formal occasions. We’re told to forego the acrylic for the cashmere, the polyester for the 100% cotton, and the trend-centric piece for the one that’ll last you several years. It’s not that this approach is wrongheaded or fading out. Rather, the definition of “investment piece” is changing, thanks to the drop model. Instead, what you purchase at one of these events can be marked up to provide you with a solid return on your investment. While this approach has resulted in inflated prices on resale sites, which we’ll address shortly, it has opened up full-time fashion and footwear trading as a legitimate career path for some, forwarded by the demand for these limited-edition items. 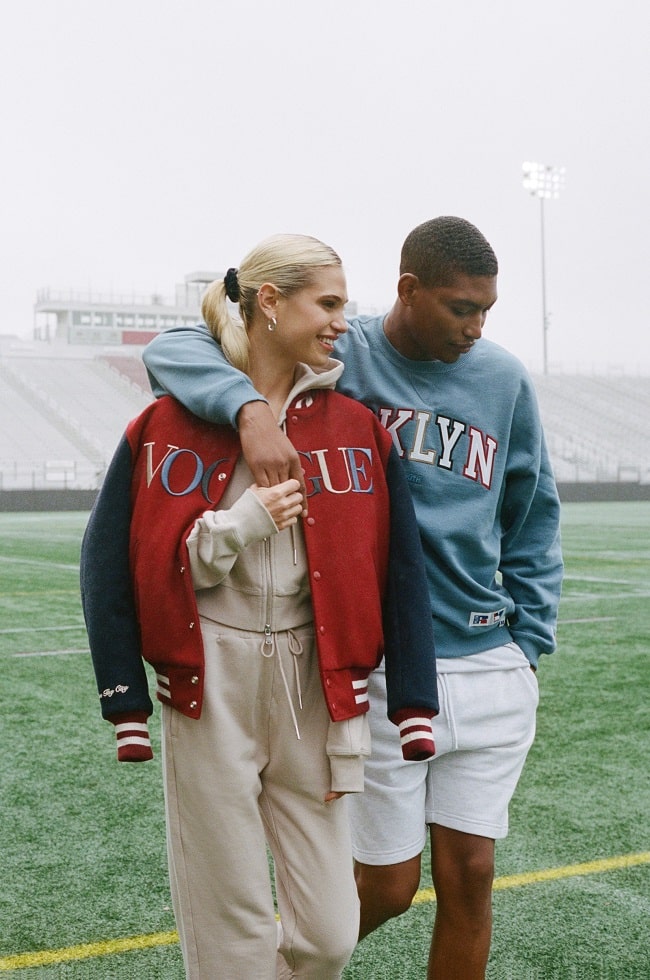 High-end fashion, until the past decade or so, maintained a velvet rope illusion. You had to make this much money to purchase a piece or be in the know to attend a fashion show. Today, apps and social media provide nearly to-the-minute intel on which brands are selling and when. And, you don’t even have to wait in line for hours by a brick-and-mortar storefront. Increasingly, limited-edition merchandise is available for purchase online.

Culture is Branding – and Branding is Culture

Frequently, high-fashion collections feel like an idea conceptualised without consumers’ input. The result feels creative and innovative yet simultaneously removed. Streetwear, even through its increasing globalisation, understands its audience and its roots, nodding to its anti-fashion, go-against-the-mainstream origins. Today, the drop model reflects this fluidity, delivering what’s in demand and what connects with a brand’s audience. 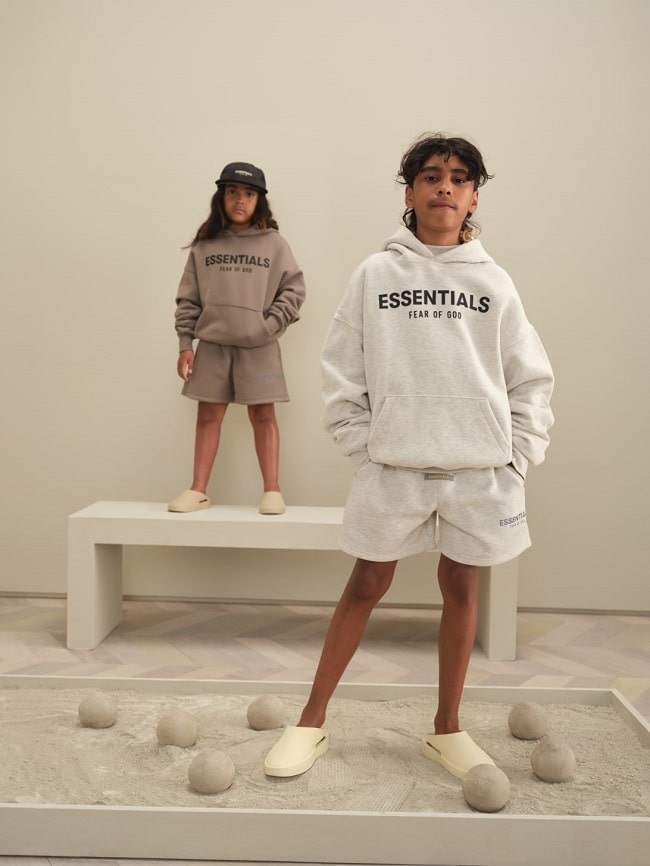 As already mentioned, the drop not only coasts on but mines deep within the desires of exclusivity. We want what no one else has, what’s greatly desired, and what draws envy. The drop model checks off each of these boxes while skirting above fast-fashion’s dire reputation. To one end, exclusivity has its upsides regarding manufacturing and the supply chain. Fewer materials get used, collections have a finite lifespan, and only a select number of items get made. The timestamp means that endless garments aren’t pumped out, and a smaller number of resources gets used.

Yet, the scarceness has its downsides – namely, what the resale market has morphed into. The online accessibility of drops means merchandise is quickly bought out and marked up as much as 10 times over, if not more, when it lands on eBay or Grailed. Limited regulation here, under the literal guise of free-market capitalism, results in what’s not significantly different from scalped concert tickets. This approach – while generally good for the buyer – puts many drop-affiliated styles out of the average consumer’s reach. Yet, this shift has opened up a secondary market experiencing a growing profile – vintage and second-hand streetwear, where drops and limited-edition merchandise go through a second (or third or fourth) life and see their inflated prices decline to more economical levels.

The moderate exclusivity at this stage keeps merchandise on the market due to its appeal. This model, throughout all this, has turned into the impetus for modern gotta-have-it consumerism: It’s FOMO that makes you take out your credit card (or sign up for after-pay), fueled by the fact that what you’re seeing might quickly be marked up or unavailable within a matter of minutes, unless you want to hunt down something through the resale and second-hand marketplace. 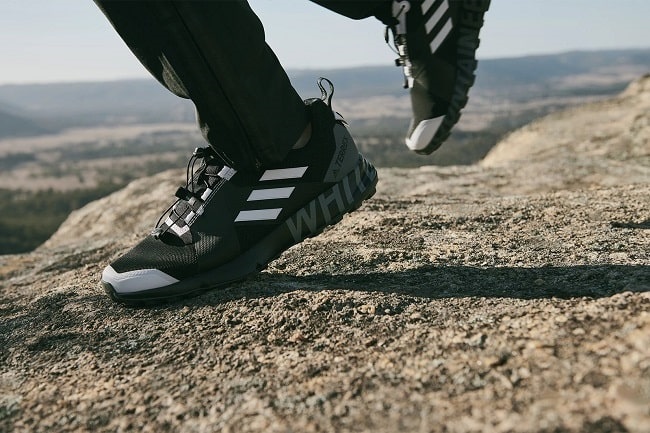 Limited production certainly has its merits regarding usage of resources and supply chains. Yet, the trend-headedness of many drop pieces starts to feel like fast fashion to an extent – a deadline exists on their style and wear. From there on out, their lifespan resembles that of a collectible – perhaps on a shelf, perhaps resold, or, worse, ending up in a landfill. The demand a drop garners energises this behaviour, causing brands to drive up their frequency. Covid-19, early on, was assumed to be the death knell for drop culture, under the assumption that if no queues can form, can you stand outdoors for hours to cop exclusive merchandise? Unfortunately, with the culture almost exclusively within the domain of the online sphere, having nowhere to go for the past year means that many simply seek out these elusive buys from anywhere their smartphone gets a signal.