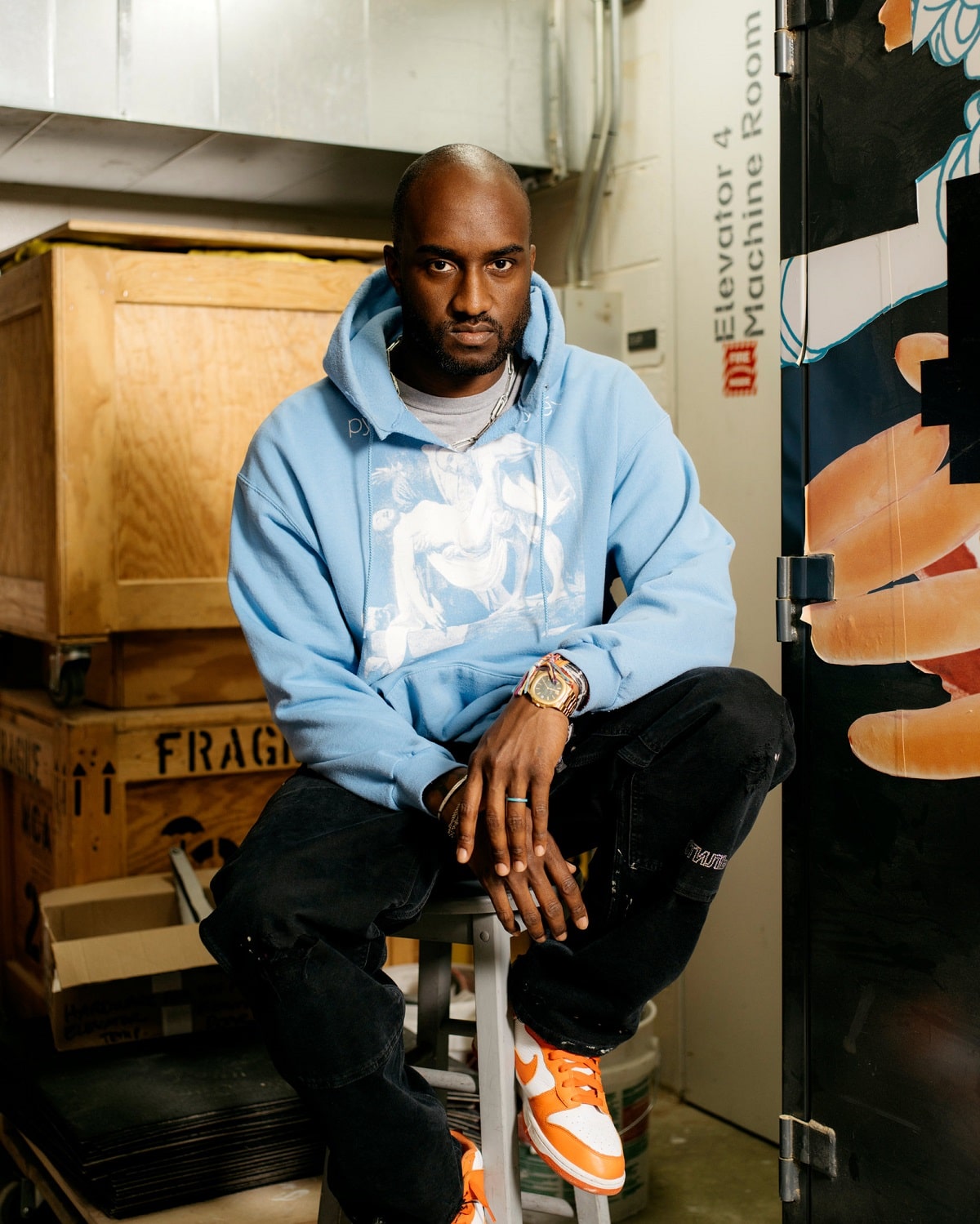 On November 28, Virgil Abloh passed away at 41 from cardiac angiosarcoma, a rare form of cancer. Abloh had not just an enviable fashion designing career but left behind a transformative legacy in a relatively short time – one embodying not just fluidity between streetwear and high fashion but between fashion, architecture, and product design in general, breaking down multiple barriers in the process.

For those unfamiliar with his background beyond starting cult high-end streetwear brand Off-White and being appointed as Louis Vuitton’s menswear artistic director roughly three years ago, Abloh was born outside of Chicago, in Rockford, Ill., to Ghanian immigrants. Planting the seeds for his career, Abloh’s mother taught him to sew, while he was also involved in skateboard and graffiti scenes during his teens and eventually began to DJ. Yet, with his parents emphasizing stability, Abloh went to study civil engineering for his undergraduate degree and followed that with a master’s in architecture. 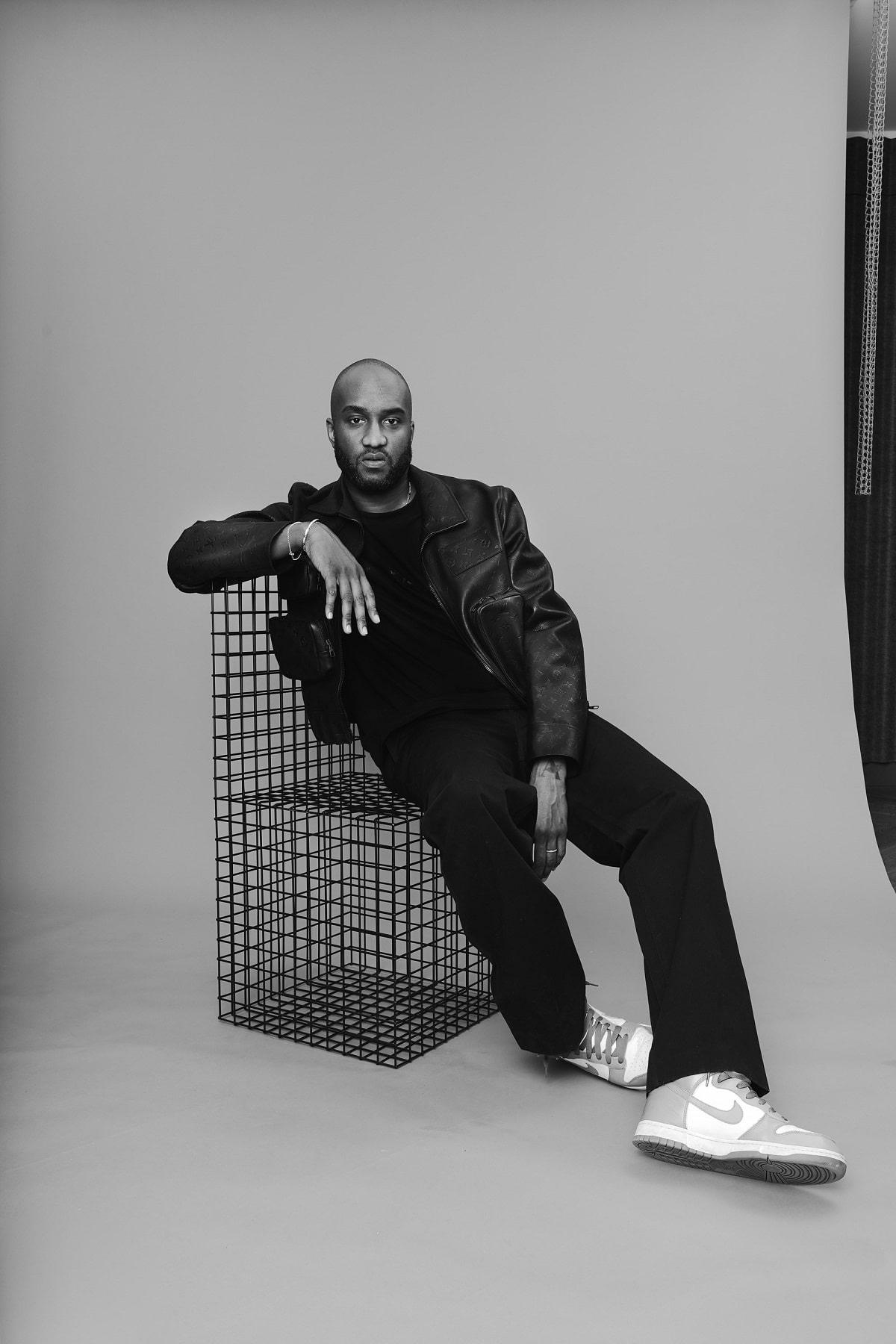 While menswear doesn’t appear as a direct path from here, these elements – in simplicity and construction of Off-White and later Louis Vuitton – defined the arc of his career and Abloh’s design style, as well as an elevation of Black excellence and authentic sense rather than appropriation of hip-hop culture. Especially with closer bonds between traditional menswear and streetwear and what constitutes design, Abloh’s vision embodied the creation of a streetwear brand while recharting the course of what it means to be a designer and tastemaker in the 21st century:

Take Every Opportunity and Do It Yourself

Even in the present, we perceive streetwear brands as organically growing from a subculture – hip-hop or surfing, for example – to embody its ethos through style. On the same note, because of the sharp division between high-end fashion and streetwear through the 1980s and 1990s, becoming a streetwear brand, in essence, meant doing it all on your own, and having your community support your vision and ascent. 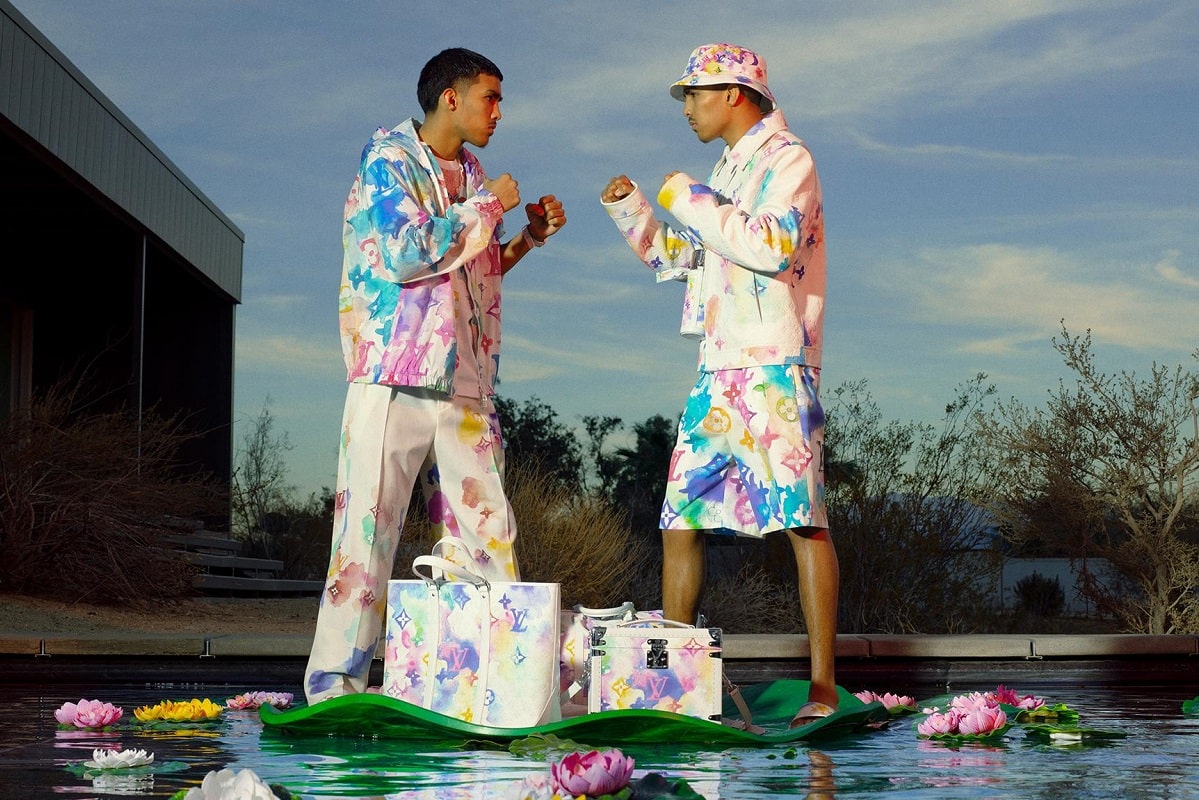 Although Off-White isn’t the first streetwear brand to bridge this divide, it has been one of the most successful and definitive, crafting a vision that’s both self-referential yet not solely logo driven, luxurious yet accessible, and familiar yet aspirational. Unlike the health Goth silhouettes of Hood By Air a few years before Off-White’s debut, Abloh took the quintessentially voluminous garments of streetwear, down to the spaciousness of a hoodie, and used that as his canvas. Yes, we can all recognise the diagonal logo, but unlike, say Stussy or Supreme, Off-White’s legacy doesn’t strictly rest upon this single image. Instead, Abloh’s eye for design – clearly influenced by the precision of contemporary architecture from his schooling – made Off-White stand out. This bloomed – perhaps literally, considering his Wizard of Oz influences – once he headed Louis Vuitton menswear, creating a technicolour fantasy fuelling the seemingly pedestrian with the expectedly elevated lines of classic menswear.

This manifestation, at least when you think about the traditional streetwear brand trajectory, started somewhat familiar, driven by design and a desire to do something new. Although most became acquainted with Abloh through his work with Kanye West – they met while both interning for Fendi, with Abloh later behind West’s visuals in the early 2010s – it was more a merging of two creative minds to form a singular vision. West appointed Abloh to lead his early fashion brand-slash-creative agency Donda, and Abloh left his design input on album covers for My Beautiful Dark Twisted Fantasy and Watch the Throne, West’s collaborative album with Jay-Z, and Cruel Summer, a film project for West’s label G.O.O.D. Music. 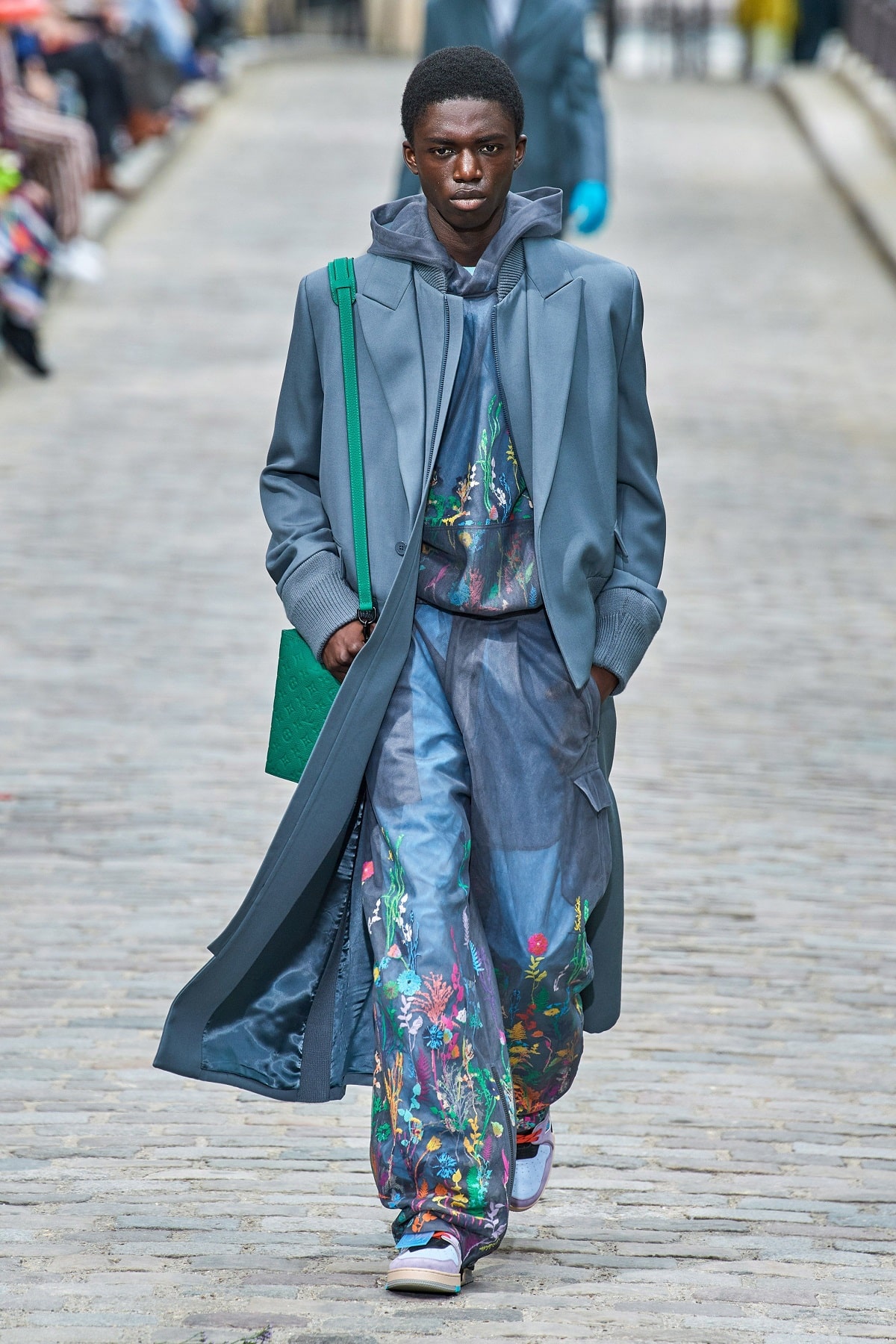 While being a hip-hop mogul’s creative director would be a dream career for anyone, Abloh eyed a place in fashion and started off on that path outside of his work with West through Been Trill, a streetwear and DJ collective, and Pyrex Vision, launched in 2012. In today’s language, Pyrex Vision brought the DIY ethos of ‘90s parody streetwear – Abloh screen-printed the Pyrex Vision logo onto Ralph Lauren garments he purchased – and the outside-the-mainstream vision of Dapper Dan.

Still, what could’ve been a side project for someone with a high-profile creative career and burgeoning DJing endeavour – during these years, Abloh toured and did festival appearances with this talent – wasn’t enough – or, more accurately, an endgame where you rest on your laurels and watch the checks roll in. A year later, Abloh launched Off-White, elevating the hip-hop-driven streetwear aesthetic of Pyrex Vision by weaving it in with exaggerated athleisure and menswear while simultaneously appealing to the exclusivity of hypebeast culture.

On this note, while Abloh’s creativity primarily shifted from working with West to his own fashion brand around this point, his influence has lingered through West’s Yeezy line – in fact, you might say, its entire deconstructed athleisure vibe comes from these years. 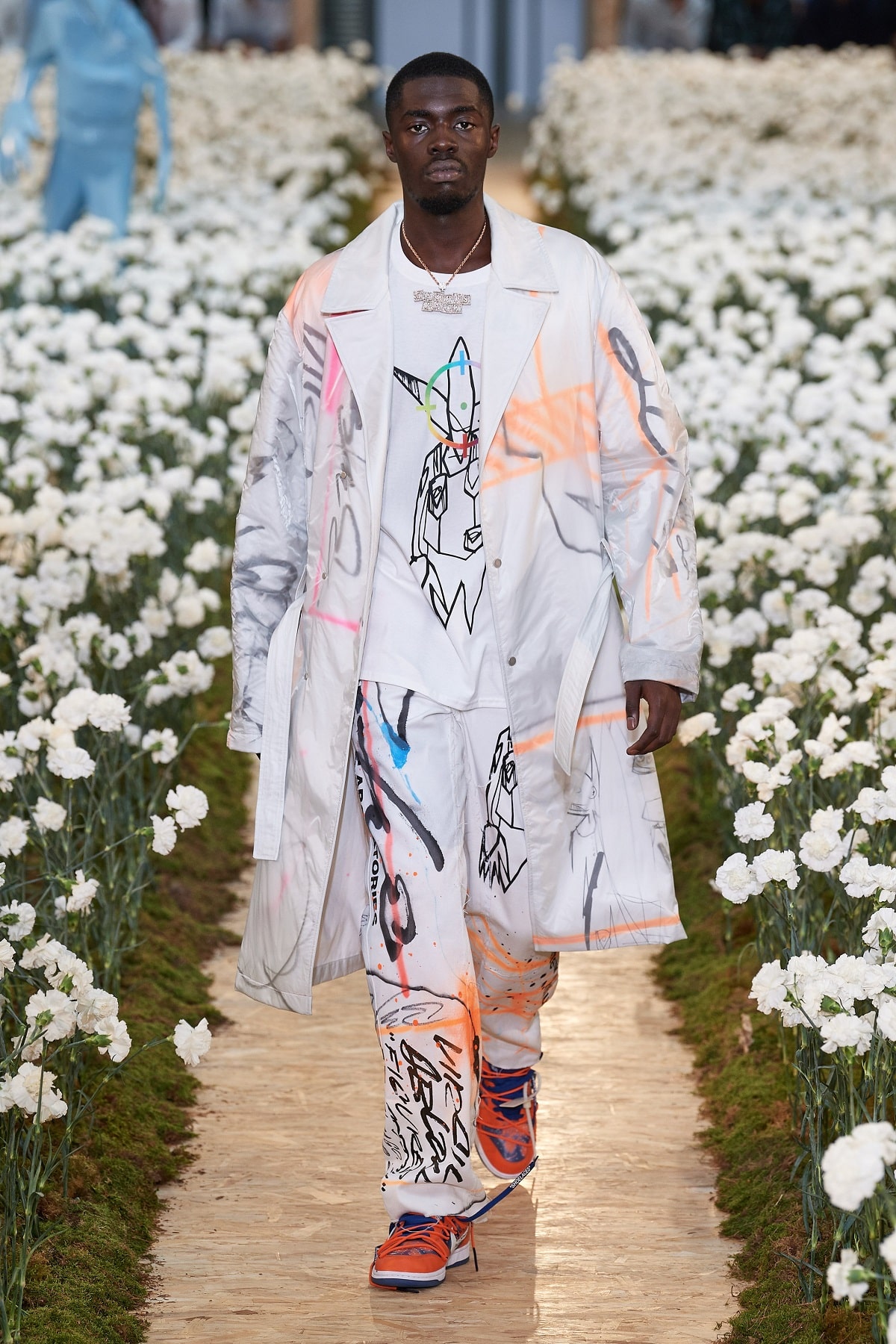 “Basic” tended to be an early criticism of Off-White, but in hindsight, that’s akin to saying minimalist art isn’t, in fact, art due to its deceptively direct simplicity. From Off-White going forward, Abloh showed that maximalism and grandiosity aren’t the only ways to do a fashion brand, streetwear, or menswear, while careful, deliberate design changes tend to have more impact – and offer equal footing in terms of branding – than slapping on a logo and calling it a wrap.

Off-White, from the start, could best be described as a reworking of familiar streetwear silhouettes, from oversized jackets to athleisure pieces made even more voluminous, blending the artistry of fashion with wearability and select, impactful colour choices. Abloh described this as the “three-percent rule.”

Attesting to this at a greater level was Off-White’s trainer collaborations – with the most well-known being their interpretation of the Air Jordan 1. Off-White footwear collaborations extended beyond swapping colours to the infusion of a distinct and often utilitarian aesthetic – exposed edges and seams, deconstruction, zip-ties, and the most prominent, air quotes around the product’s name or type. Through this approach, Abloh showed that, in a market glut with by-the-numbers collaborations, signature design changes result in something truly unique.

Regarding this, Abloh described his approach to collaboration – and designing streetwear in general – as akin to hip-hop sampling: Rather than generate something entirely from the ground up, chopping up something older and familiar results in something new that maintains ties to the original. 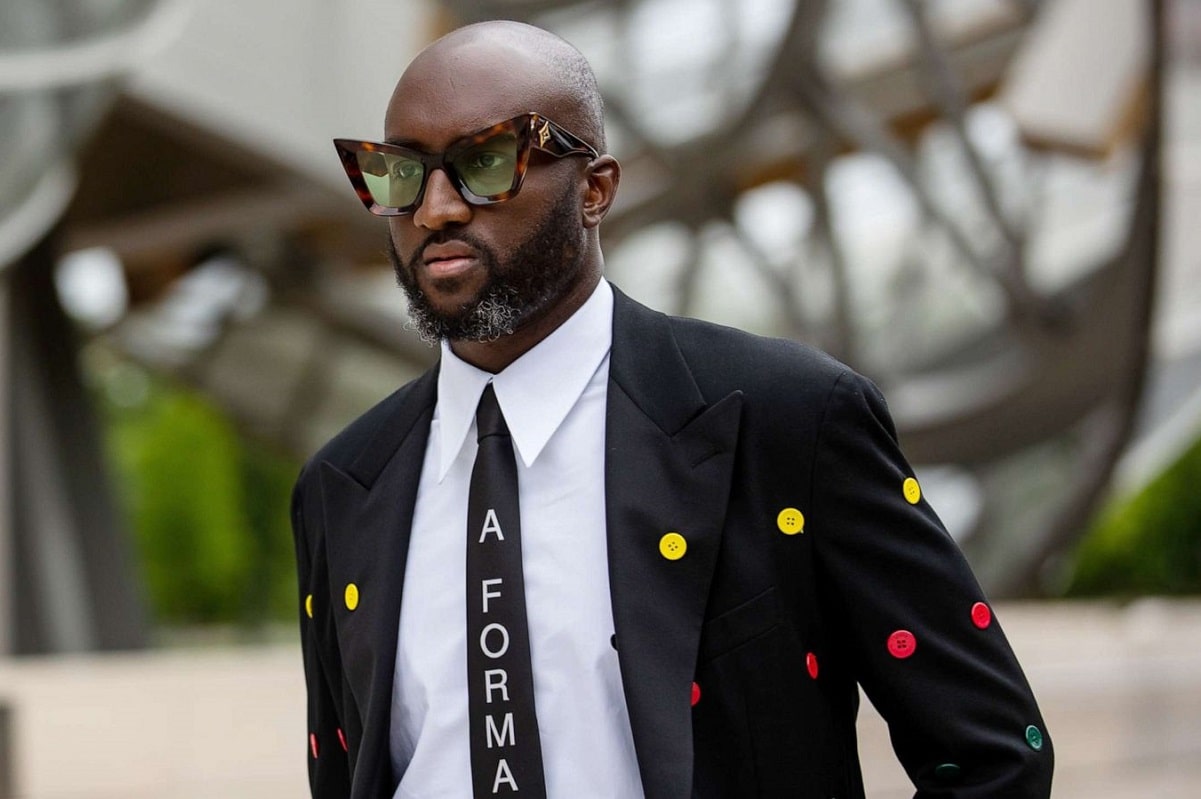 Abloh’s career has illuminated the path forward for other designers. Likely stemming from his civil engineering and architecture background, his projects around Off-White and Louis Vuitton – and even going back to his period working for Kanye West – show that design and aesthetic can be universal.

Alongside Off-White, Abloh created a furniture company called Grey Area, which led to collaborations with other, better-known furniture brands, including Ikea and Vitra. Calling himself a “maker” more than a designer, he extended his vision toward reusable water bottles with Evian and even cartons for McDonald’s. From here, LVMH grew Abloh’s role in the company in 2021, extending his influence to its 75 brands that, outside of fashion, include beverages, hotels, and watches. This change turned Abloh into the most powerful Black creative director in the fashion industry. 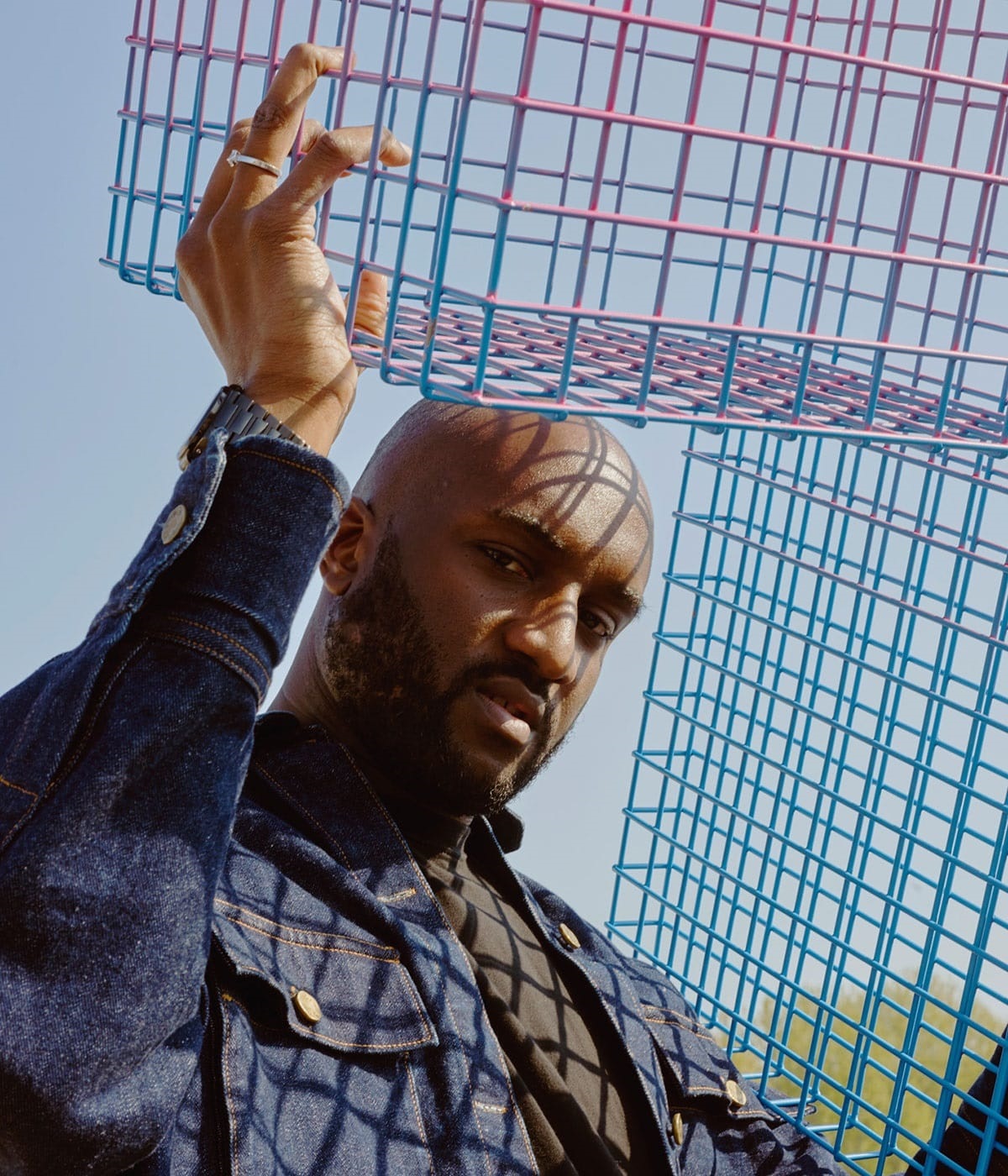 The fashion industry, on both men’s and women’s ends, is guilty of decades of cultural appropriation. Some are obvious. Others, while meant to pay tribute or revere, feel like someone watching from a distance and drawing their own interpretation with that degree of removal.

Abloh’s vision, going back to Pyrex and through Louis Vuitton, drew in youth culture to create a more immersive, authentic experience. Abloh had previously said in interviews that he designs for his 17-year-old self – and that’s someone, in hindsight, who’s involved in the skate scene, takes an interest in graffiti, and has lofty goals in an industry notorious for gatekeeping. In turn, both Off-White and Abloh’s work for Louis Vuitton brought in personal inspiration that never felt like dabbling and, in several instances, elevated Black excellence directly and indirectly. Among them, Abloh’s alluded to the works of Basquiat, Martin Luther King, Jr., Quincy Jones’ “We Are The World,” and 1970s musical The Wiz without being heavy handed.

Too, at a time when many question the fashion industry having a voice in political and social justice issues, Abloh didn’t shy away from making a statement: For his 2019 museum show in Chicago, he opted to include a work referencing the killing of Laquan McDonald by police officers. 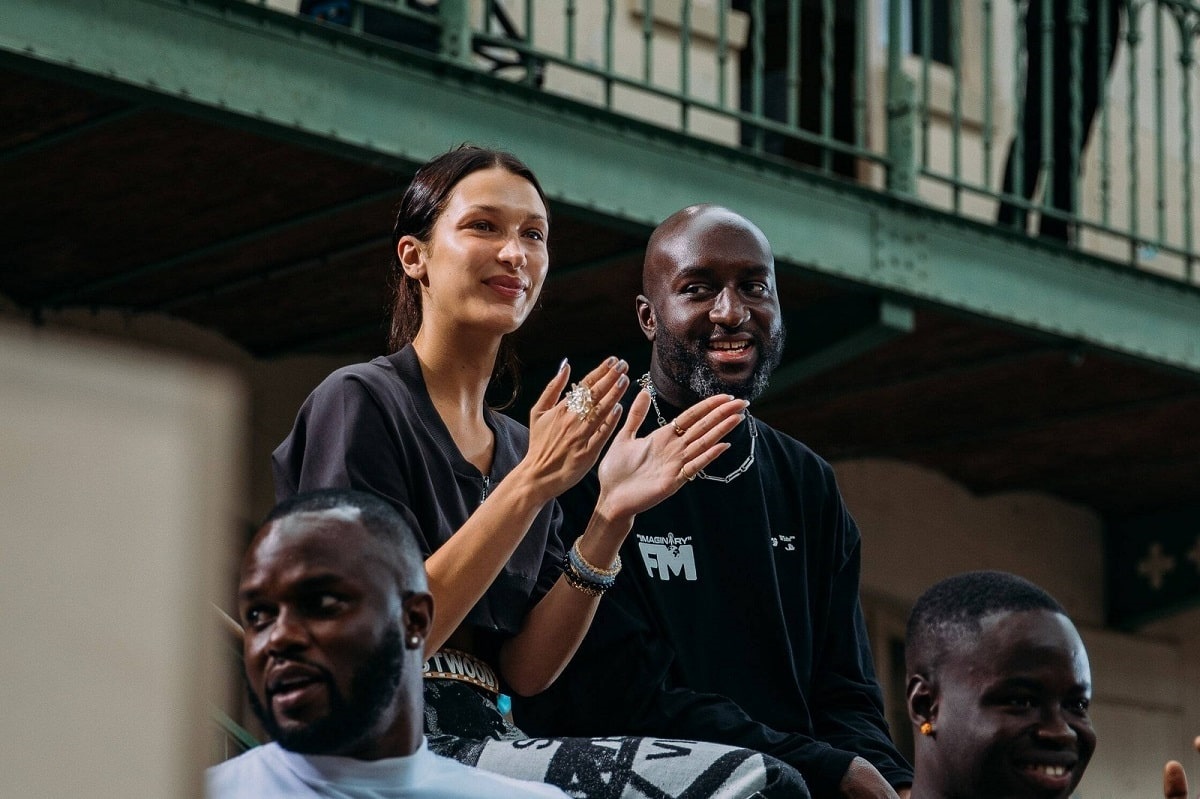 On the subject of gatekeeping, it’s easy for a designer breaking the mould – through vision, background, or race – to be thought of as an exception. The result, through fashion design and even in other industries, is monochrome thought and perspective, one often reflecting the White, western middle- to upper-class experience. It means some get lifted by virtue of mirrored social values, being able to access opportunities that others by not having that connection through a shared social experience get blocked from.

Abloh realised this and, when given a platform, utilised his position to inspire and uplift others. This was something as mundane as, after his appointment to Louis Vuitton, featuring more models of colour or female athletes in his runway presentations, or continuing hip-hop’s legacy of high-fashion aspiration into the 2010s by not only wearing but creating his own brands.

Aside from redefining aspiration – and elevating the “for us, by us” ethos – Abloh’s efforts outside of his brands involved giving back to his community and helping pave the way for other Black creatives: specifically, he helped redesign facilities for the Chicago Boys and Girls Clubs and the NikeLab Chicago Re-Creation Center, and set up a “Post-Modern” Scholarship Fund for Black students interested in breaking into the fashion industry.