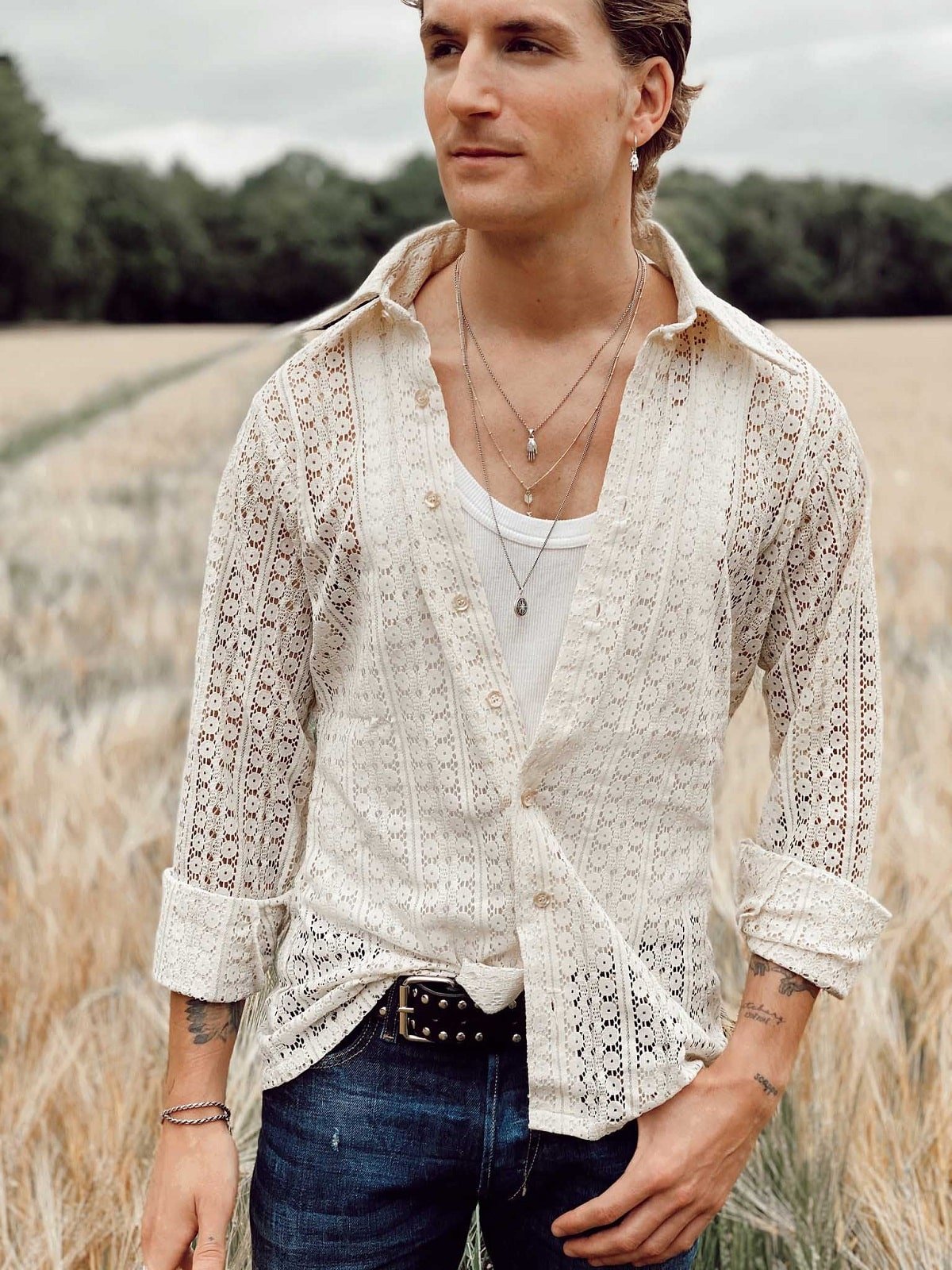 Men’s jewelry has changed immensely over the years. From ornate pins and brooches to simple chains and fabric bracelets, men’s jewelry is not only diverse but also constantly evolving. But how did we get to where men’s jewelry is at today? How did it look 50 years ago from today? That’s what we’re here to find out. In this article we’ll take a deep dive into the history of men's jewelry.

The 1950s was when men’s jewelry truly started to make some significant changes. Gone were the days of long chains and ornate tie pins. Instead, the 1950s introduced a subtler approach to men’s fine jewelry pieces. One of the most significant changes the 1950s brought was the wedding band. That’s right. If you thought that wedding bands for men were always a part of the traditional wedding, you’d be surprised to learn that’s not the case.

In fact, before World War II, women were traditionally the only ones to wear a wedding ring. However, when the Second Great War started, men wanted a reminder of their beloved spouse at home, so they began wearing a plain gold band on their left ring finger as a gentle reminder of the person waiting for them. Once the war was over, the trend stuck around, and the 1950s became the first decade in America where most married men wore wedding bands. Aside from wedding bands, the signet ring, narrow tie clips, and cufflinks were other popular men’s accessories for the decade. 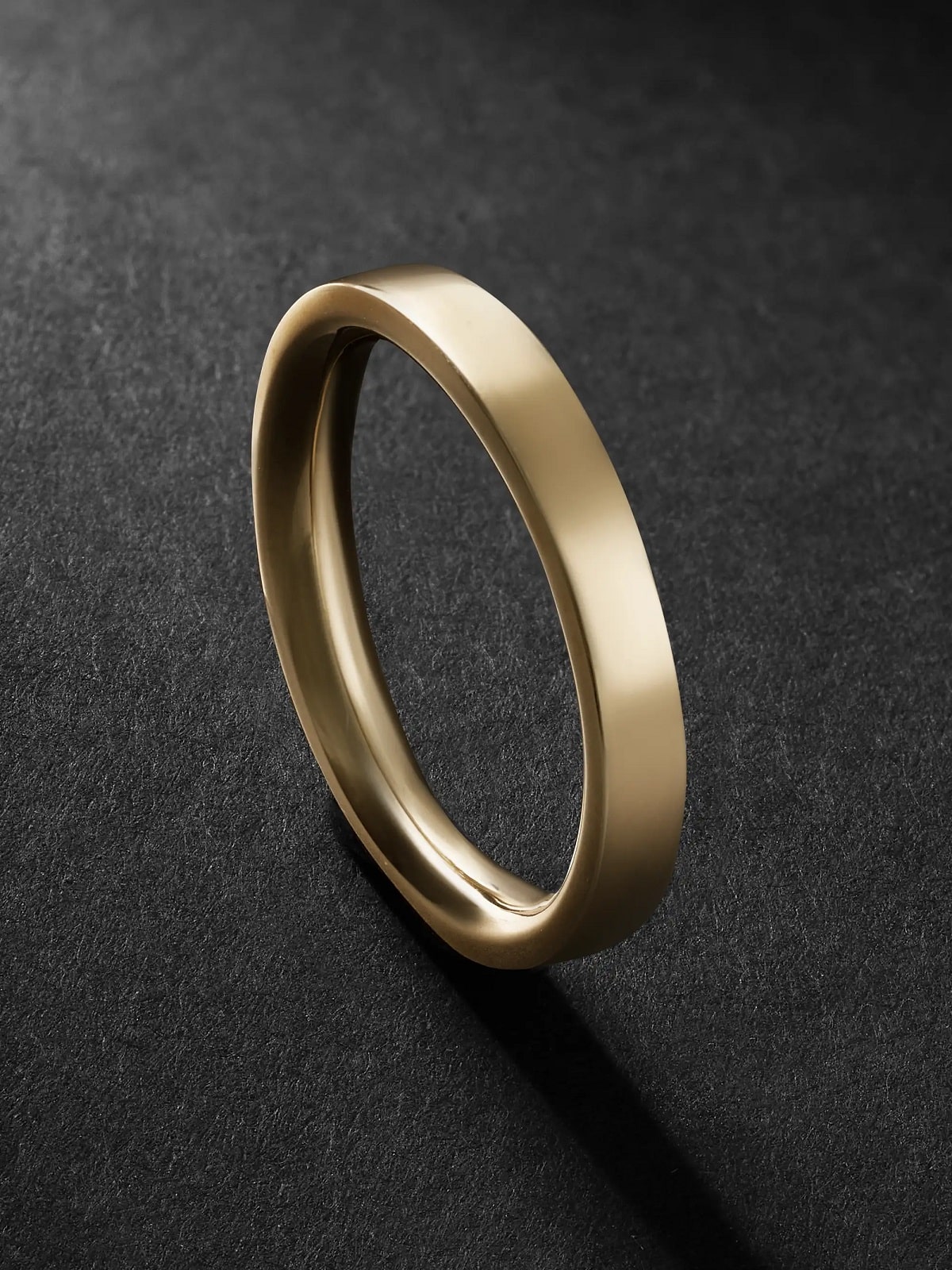 With the turn of the decade into the 1960s came a new era in fashion and jewelry. With the advent of the hippie lifestyle, a wildly different fashion style came with it. While many men still sported the tailored suit with skinny ties, many others opted for loose-fitting tops and bell-bottom jeans. In addition, the jewelry changed, too. Though most formalwear jewelry options remained the same for men of the 1960s, the hippie lifestyle wrought long, narrow chain necklaces and pendants for men. These showy jewelry pieces were some of the boldest looks in men’s jewelry since the era of ornate kings. 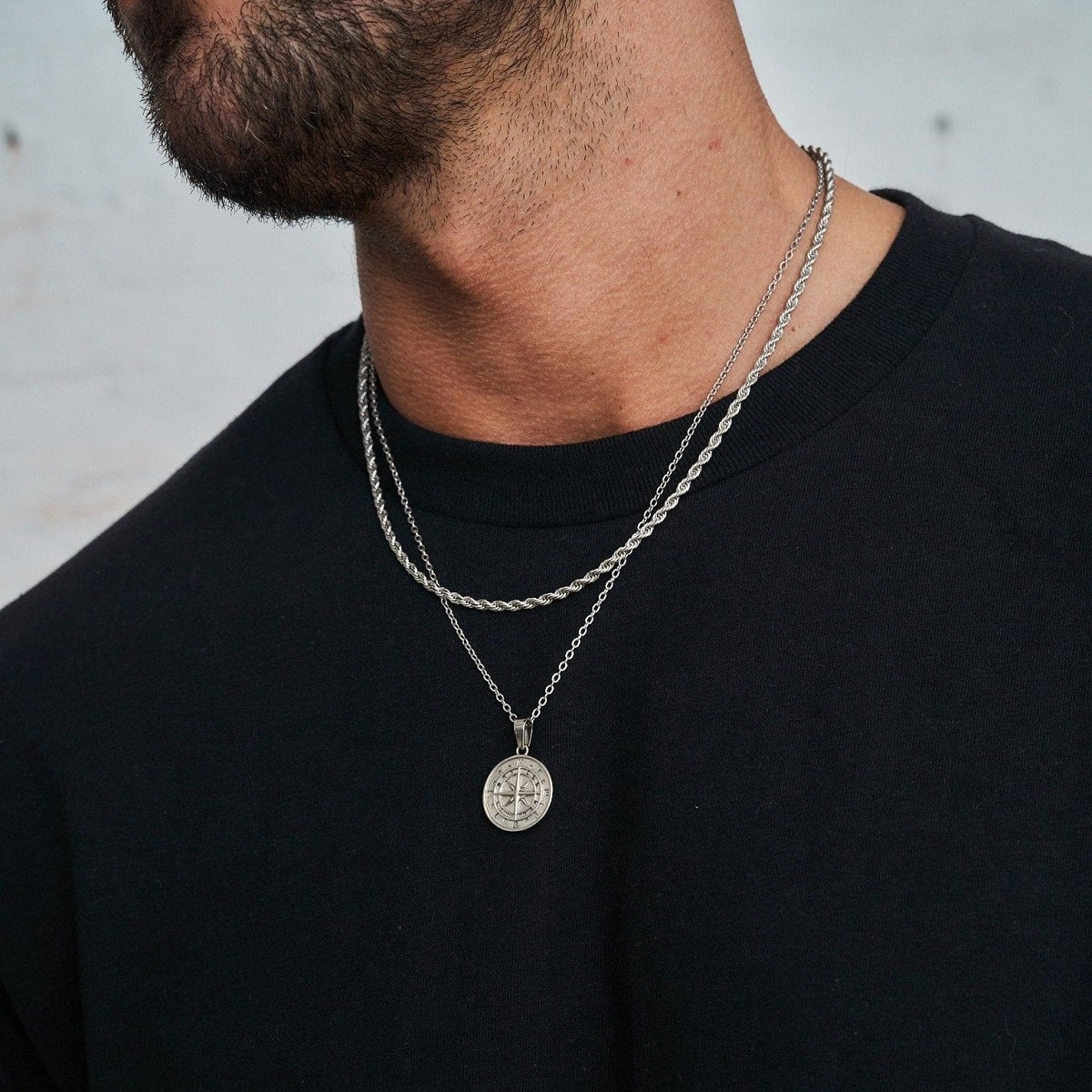 By the time the 1970s rolled around, the narrow chains and pendant necklaces had evolved further. Men’s jewelry during the 1970s was defined by large, layered, and bold chains sporting large medallions. Alongside these bulky chains came large, wide gold bracelets. Yellow gold was the metal of choice during this decade, whether it was men’s or women’s jewelry. 1970s jewelry was all about making a statement. 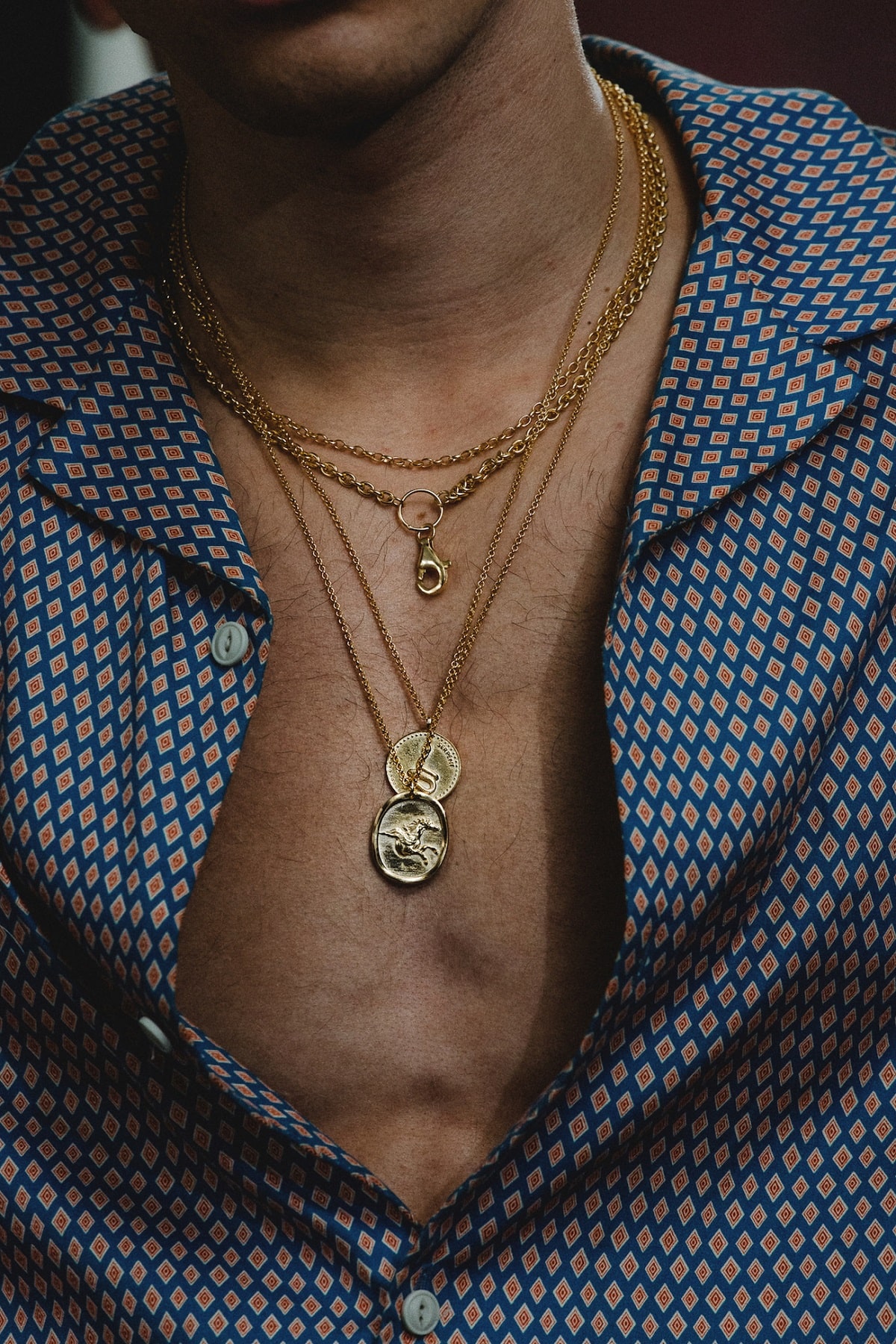 As the 1980s came along, men’s formal jewelry took another turn. Though the bold chains had not vanished, they had evolved into a sleeker style. However, men’s formal jewelry had taken a bolder approach. The classic solid gold or silver tie clips, cufflinks, and signet rings had transitioned into pieces that utilized more stones. For example, instead of a simple silver cufflink with an engraved or stamped design, more men chose cufflinks with pearls, obsidian, or even tiger’s eye stones. Precious stones were a hit in the 1980s, and men’s jewelry began to reflect that. 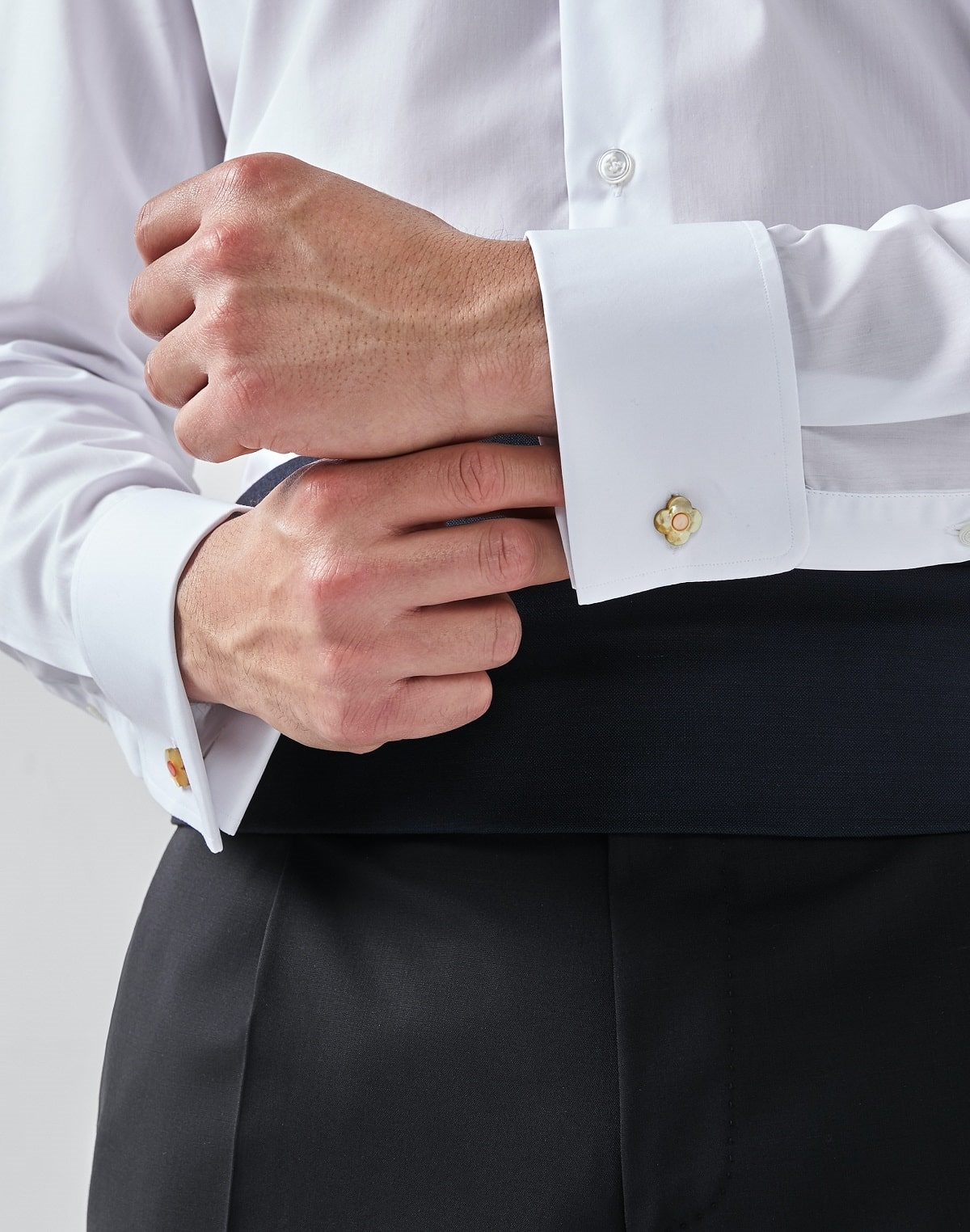 Ball chain necklaces, dog tags, and cheaper metals were the highlights of men’s jewelry during the 1990s. Men had begun to move away from the precious, expensive metals like gold, white gold, and sterling silver. They were instead choosing more affordable metals like steel or titanium. Not to mention, precious stones had quickly been replaced by jewelry pieces that were metal-only once again. 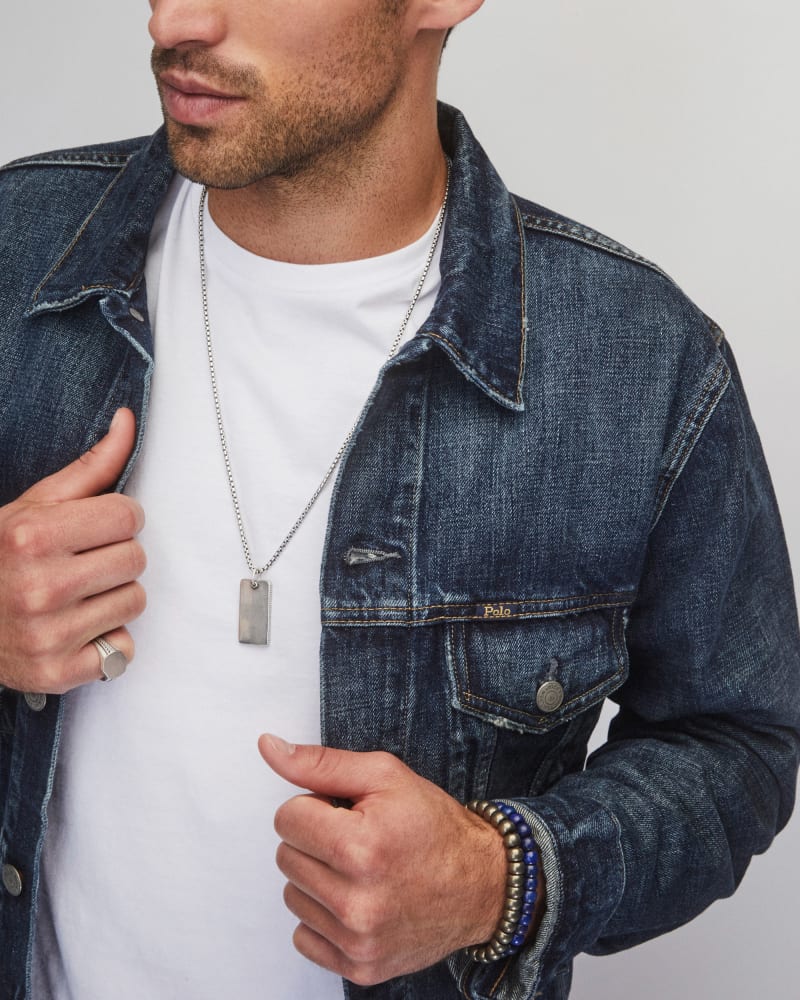 Today, men’s jewelry is a melting pot of many different decades. Men today can be found wearing everything from the dog tags of the 1990s to large medallions from the 1970s to classic tie clips reminiscent of the 1950s. Men’s jewelry in 2022 has a lot to offer, no matter your preferred style. 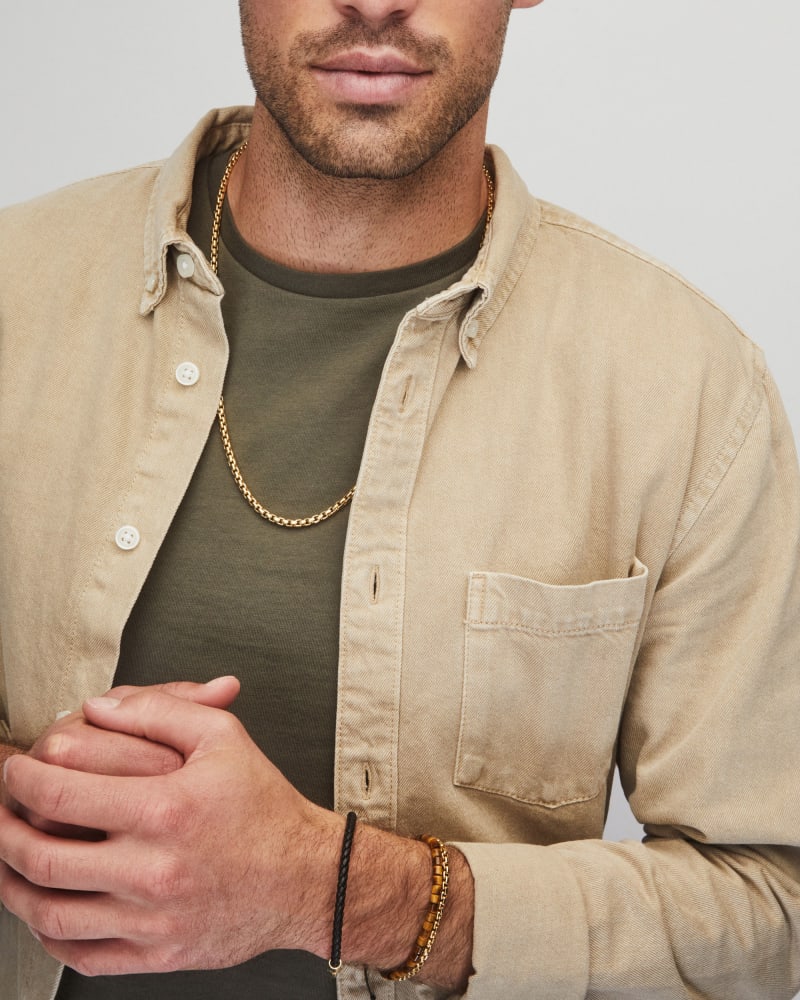