YOUR NEXT FAVOURITE SCENT IS COMING THROUGH YOUR LETTERBOX 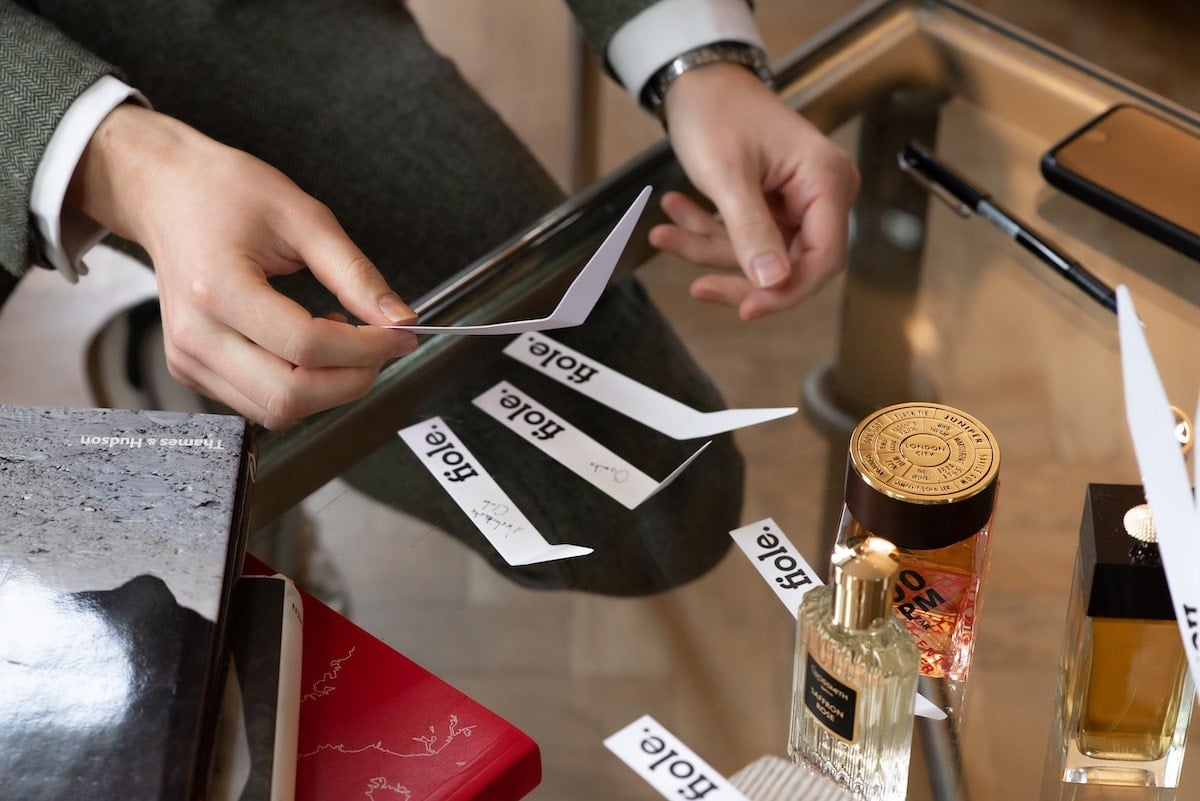 Think back to the deepest, darkest depths of those summer and winter lockdowns in 2020. Stuck inside with only one hour of freedom outdoors each day, all of us had different responses to the pandemic. For some it was breadmaking, for others it was sweating out all the anxiety through grueling YouTube workouts. For me, it was scent. Whether it was lighting a candle after finishing an article, spending a few extra minutes with my products in the shower in the morning or, most especially, spraying on a cologne before I “went to work” at my dining table even though my colleagues on Zoom would never experience it, I looked to scent to take me beyond the same four walls.

Of course, the olfactory escapism of scent is the reason we wear it: the idea that one spritz of cologne can transport your brain somewhere totally different to your body by tugging on the complex connections of your mind. That takes on a whole new meaning when the ability to discover new scents is taken away from most of the outside world being off limits for most of the day. 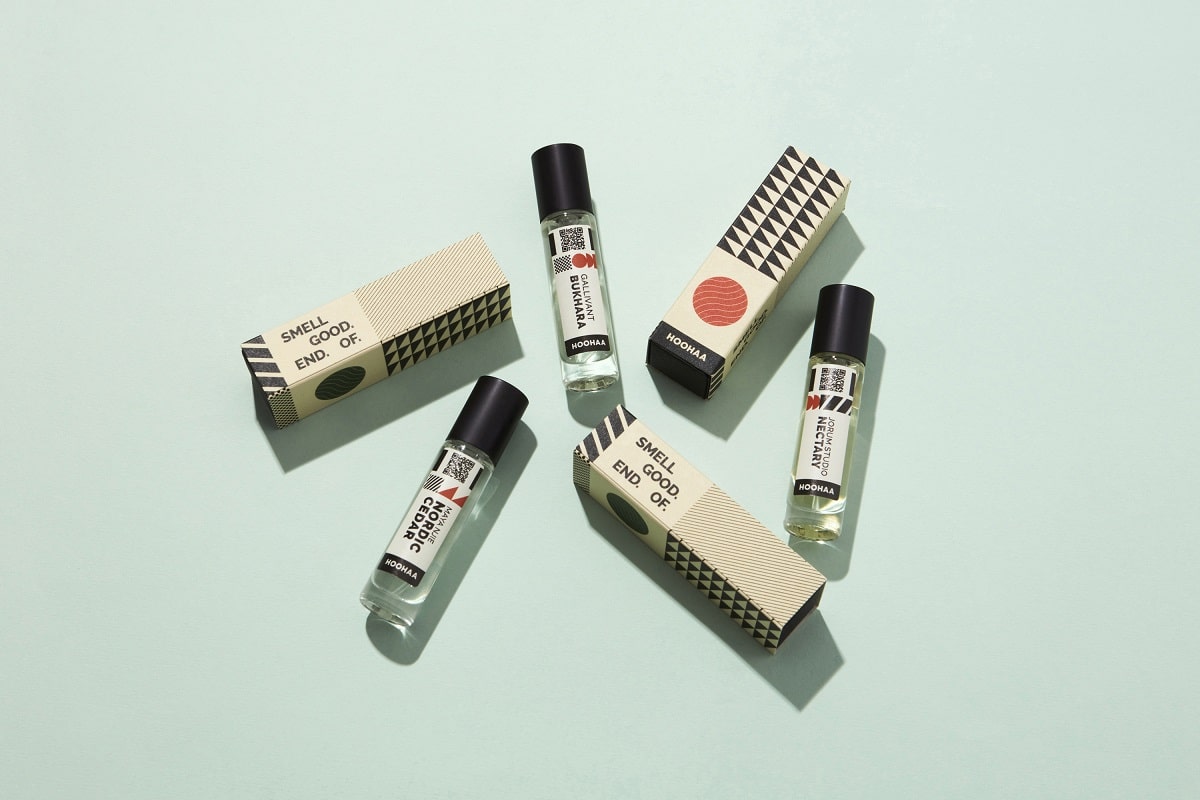 But even before we’d all experienced the physical limitations of the pandemic, there was a fundamental problem with the fragrance world: namely that experience of buying a fragrance hadn’t changed in decades. For most of us, discovering something new involved a trip to a department store braving both clouds of fragrance that made your nose go blind and salespeople going on the hard sell. All in all, an anxiety-inducing outing that would often lead to ill-advised impulse purchases just to get the whole thing over and done with. Little wonder, then, that a new generation of fragrance companies have been established here in the UK recently that, rather than relying on you going out of your way (and home) to discover new scents, have decided instead to bring that element of discovery directly to you. “Because of the changing nature of retail and the pandemic, there's a lot more people looking for fragrance online than they used to. If people aren't out and about in the real world, they're more likely to be on their phones discovering things that they would never have thought buying online before,” says Ryan Hall, who founded fragrance subscription service Hoohaa alongside business partner Lorenzo Vasini. “That’s great for replenishment of something you already love, but the biggest challenge is persuading people to buy something new.” 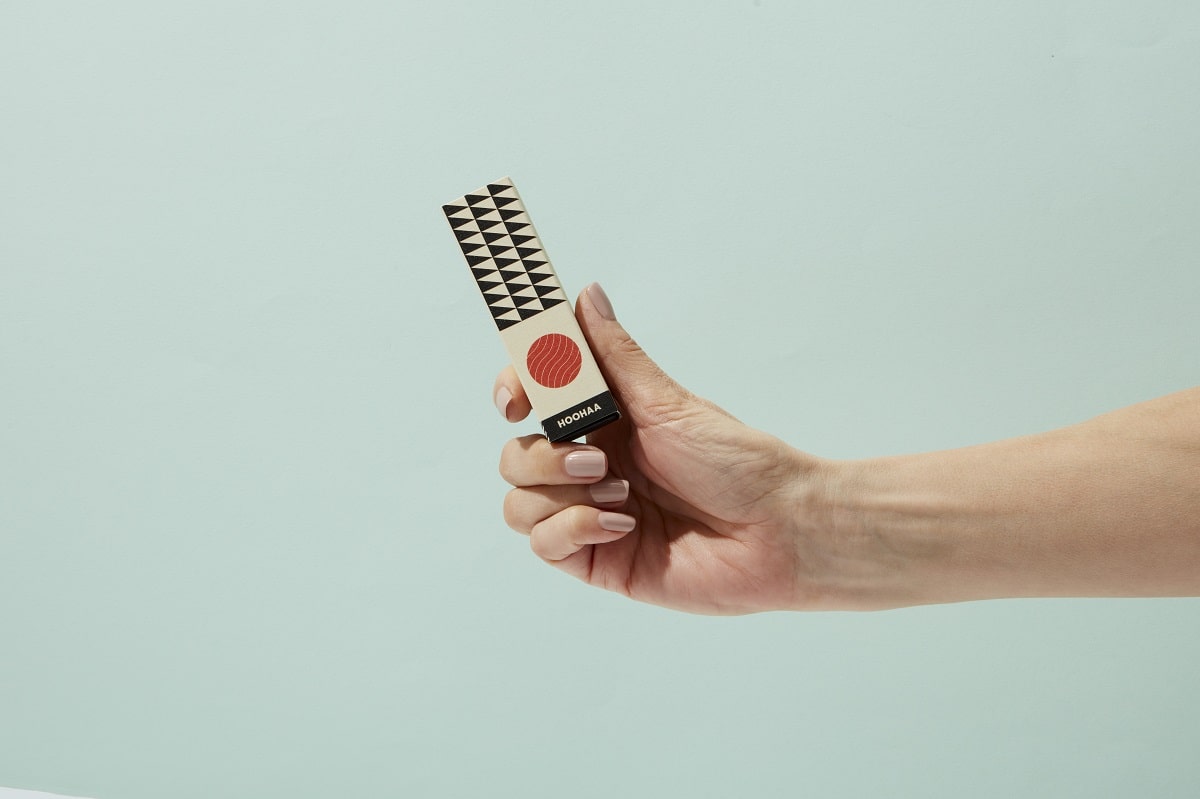 Launched in April 2021, partially in response to the problematic landscape for retail over the previous year, Hoohaa’s subscription model was designed to overcome two major hurdles to finding the right fragrance. Firstly, to cut through the noise of an overstuffed fragrance market and, secondly, to give you more time to get acquainted with a new scent before you commit. Upon signing up to the service, you get to choose the level of boldness you’re looking for (from a little safer to a bit more ‘out there’) and Hoohaa will ship you a generous 10ml sample from their library of niche fragrances to use throughout the month. If you love it, you can commit to a full bottle from their online shop. If not, another 10ml sample will arrive in the post for you to try - and the cycle continues. Both self-professed perfume geeks, what makes Hoohaa truly exciting is their connections with a network of independent perfumers across the globe, meaning the fragrances that arrive through your letterbox are the sort of thing you’d be hard-pressed to find even in the most comprehensive grooming department. It also means that they can make their own fragrances tailored to their customers’ feedback, such as their recent collaboration with perfumer Harry Sherwood on their first own-brand scent Cosmic Incense - a playful and boldly unusual mix of sweet and spicy that contrasts gourmand notes of raspberry and sugarplum with rich sandalwood and frankincense, finished with a dash of musky patchouli. It’s a wild ride and one that, for fragrance fans like myself, will blast you into the stratosphere. 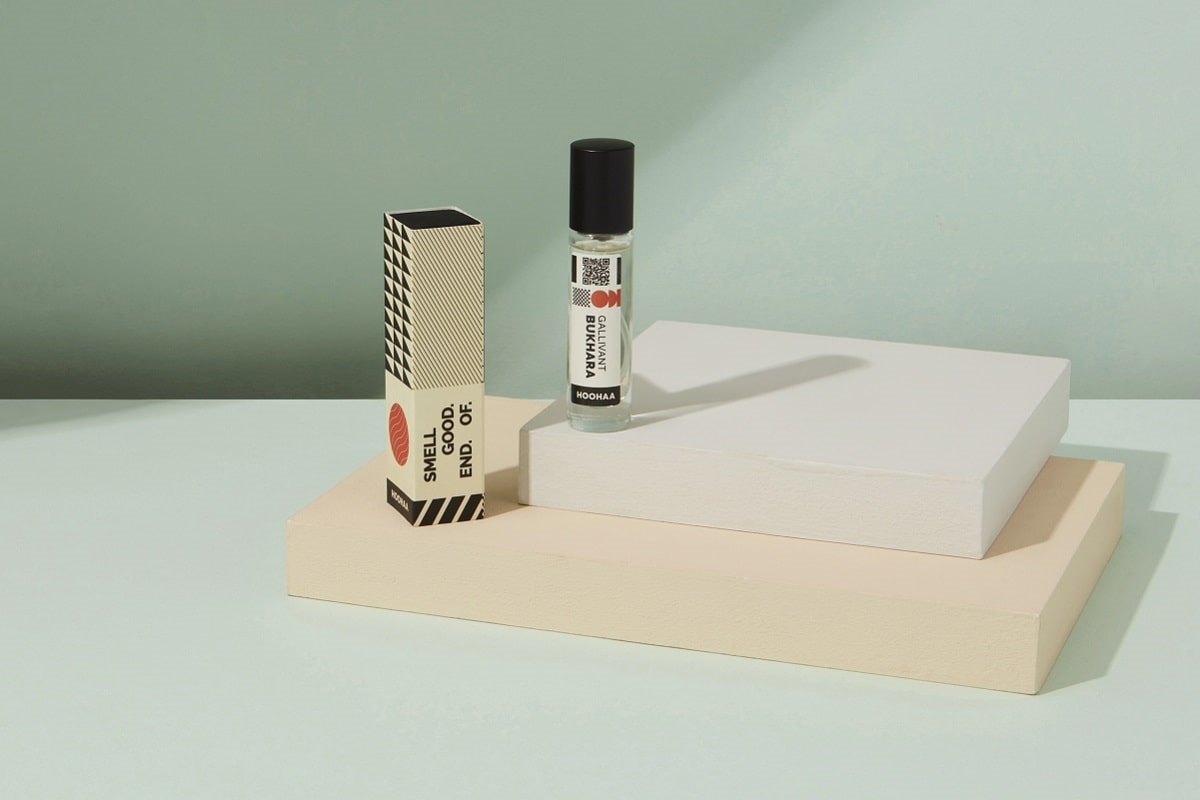 What’s more, it’s an approach that seems to be finding its audience. “We're up to just under 500 subscribers now, which we’re really happy about,” says Ryan. “On average we’re seeing about 20 percent growth month to month.” The idea of honing in on curating the kind of fragrances you won’t find in more mainstream outlets is also what’s driving success for another newcomer to the scent scene. Founded in November 2020 when most fragrance counters around the country were closed, Fiole was launched as ‘the world’s first virtual perfumery’ by Josh Carter and Samuel Gearing, who met while they were working at Roja Dove and Parfums M Micallef respectively. In contrast to Hoohaa, Fiole amps up the discovery in the process of fragrance hunting by keeping the scents you receive shrouded in mystery. “The method begins with an online consultant known as ‘The Fiole Fragrance Finder’, which will ask you a series of very easy questions about your personal taste,” says Josh. After you’ve completed this, six small vials of fragrance are chosen for you by the duo based on your answers and posted out to you - each is labeled only with a number. 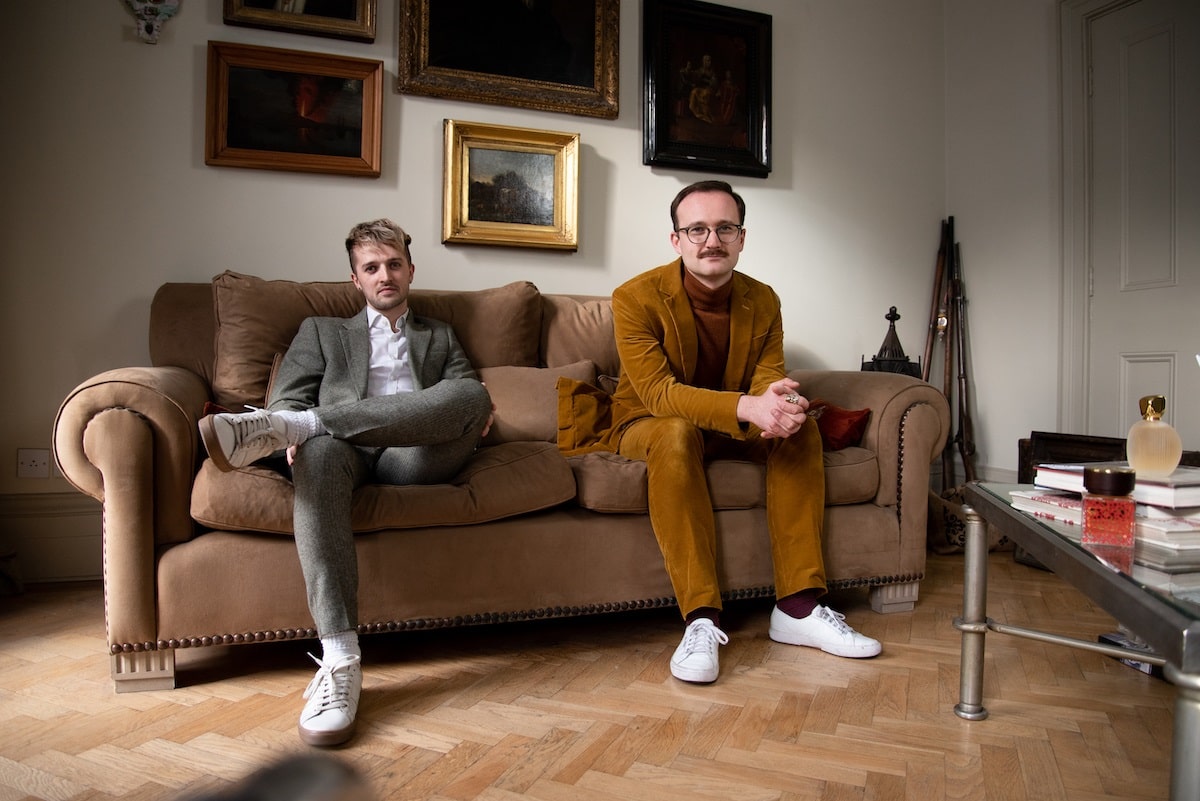 “The Fiole Box comes with instructions on how to ‘blind-test’ the fragrances, so that you can decide which one you like best without being swayed by branding, colours or names. Once you’ve discovered your new favourite fragrance, there’s a booklet enclosed which reveals the scents along with all their details. When you pick up a full-size bottle you can redeem the cost of your Fiole Box.” Another reason for this approach is to try and break down some of the strict gendering present in fragrance marketing today - especially in the idea that certain notes are “masculine” or “feminine”. “At Fiole, our motto has always been person before product,” says Josh. “We both find it strange that the industry at large focuses on selling concepts. All of our brands are beautiful and have fascinating stories to tell, but the only way to guarantee that you end up with the perfect product is to focus on you first.” What unites all of these new wave ideas is helping people to connect with scents in a way that feels far more personal and exciting than braving the fragrance counter, even before you get to the convenience of the fragrance counter now arriving through your letterbox to enjoy at your own leisure. This is certainly true of Ffern where the very concept for the brand itself was based on a deeply personal experience with scent. 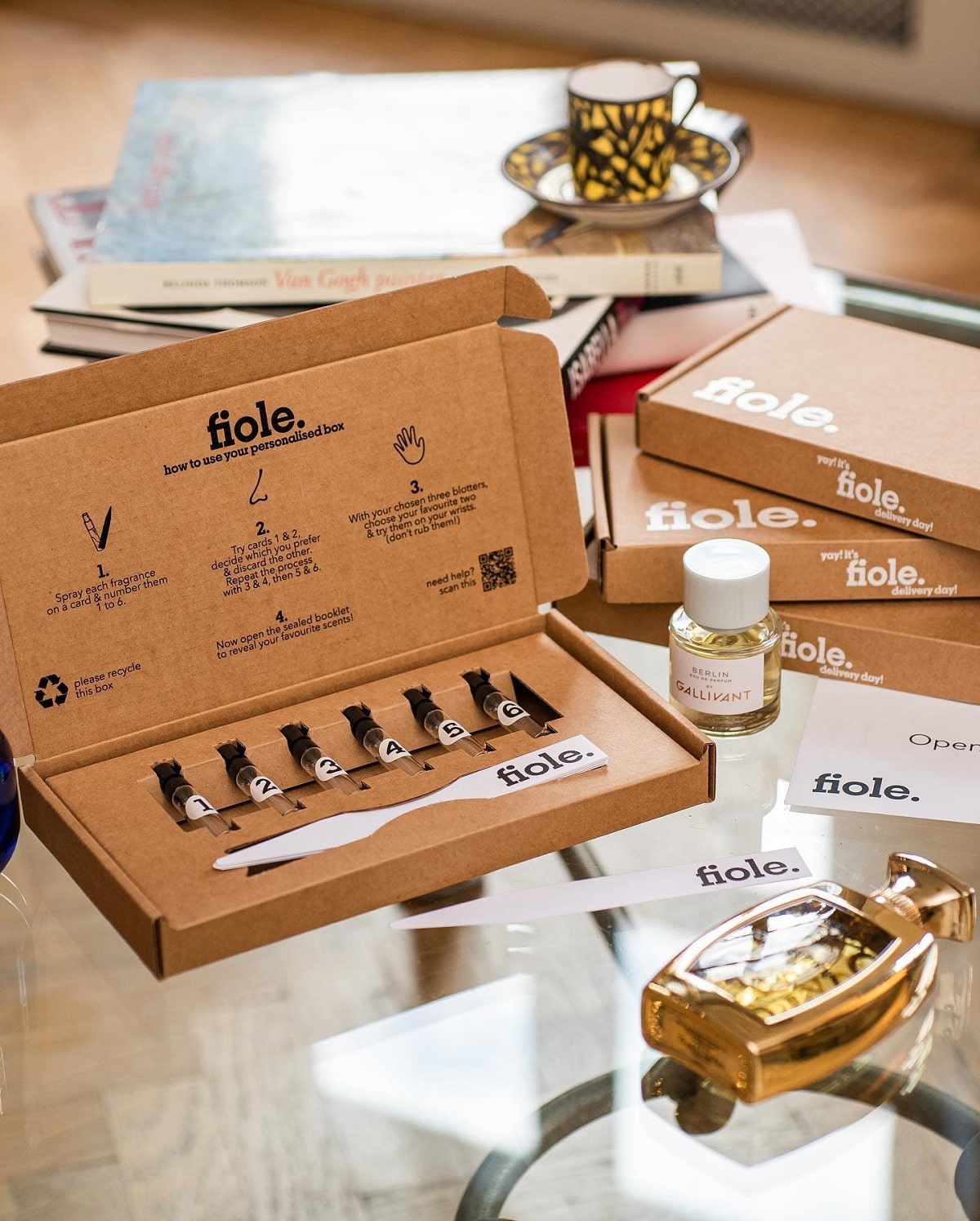 “I grew up in Somerset and our home was deep in the countryside with a herb farm at the end of the lane. When I moved away to London, I found that something was missing from my days and I realised that I had grown up with this incredible olfactory landscape which accompanied all my memories,” says Owen Mears, who founded Ffern alongside his sister Emily Cameron, the brand’s creative director, back in 2018. “This led me to take a deep dive into the world of fragrance. I became enthralled by natural perfumery and the excitement of how the ingredients can come together, sometimes in entirely unexpected ways.” Embarking on this journey has meant that Owen and Emily are now at the helm of one of the most interesting perfume houses in the UK today. Working with notable noses François Robert and Elodie Durande, Ffern now blends, barrel-ages and bottles four fragrances a year – released at the equinoxes and solstices – that are organic, vegan and made from sustainably sourced, natural ingredients, many taken from the local area in Somerset where the company is based. “Our aim from the start was to do things a little differently,” continues Owen. “We wanted to celebrate the skill and craftsmanship involved in natural perfumery - an art form that has been lost today - and to be entirely transparent about our ingredients and their provenance.” 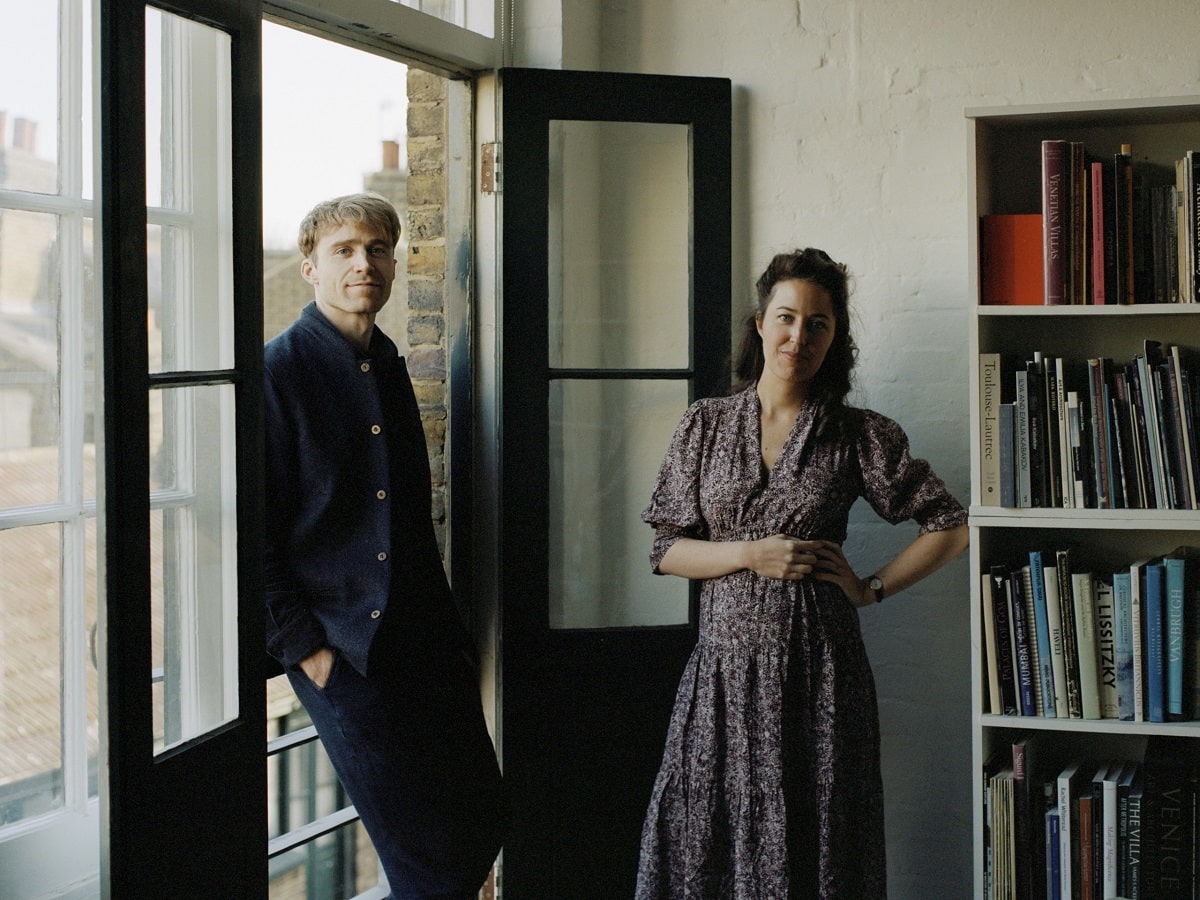 They also wanted to do things differently when it came buying their scents. To get your hands on a bottle of Ffern’s latest release, you have to join their ledger in advance - something you can do on their website (which also features a countdown to the next release so you can make sure you’ve signed up in time). They make one bottle of the fragrance for every name on the ledger and no more, meaning they minimise waste. Your fragrance is then posted out to you in biodegradable (and rather beautiful) mycelium packaging made from mushroom roots, in a glass bottle that’s fully recyclable. Each fragrance arrives with a sample vial for you to try at home before deciding whether or not to keep the main bottle. Of course, the bad news with having a finite number of bottles produced is that once you’ve drained your bottle, it’s gone for good. However, one of the fundamental attractions of Ffern is that every new edition builds on the edition previous to it, often reinterpreting certain notes in the next release for a subtle continuity throughout the year. That said, Ffern’s upcoming edition, Spring 22, marks a new chapter in the house’s history. For the first time, Owne and Emily are collaborating not only with François and Elodie on a fragrance, but also Michelin-starred chef Skye Gyngell (the woman behind Spring Restaurant in Somerset House) who suggested the fragrance should lean into notes of elderflower and gooseberry. 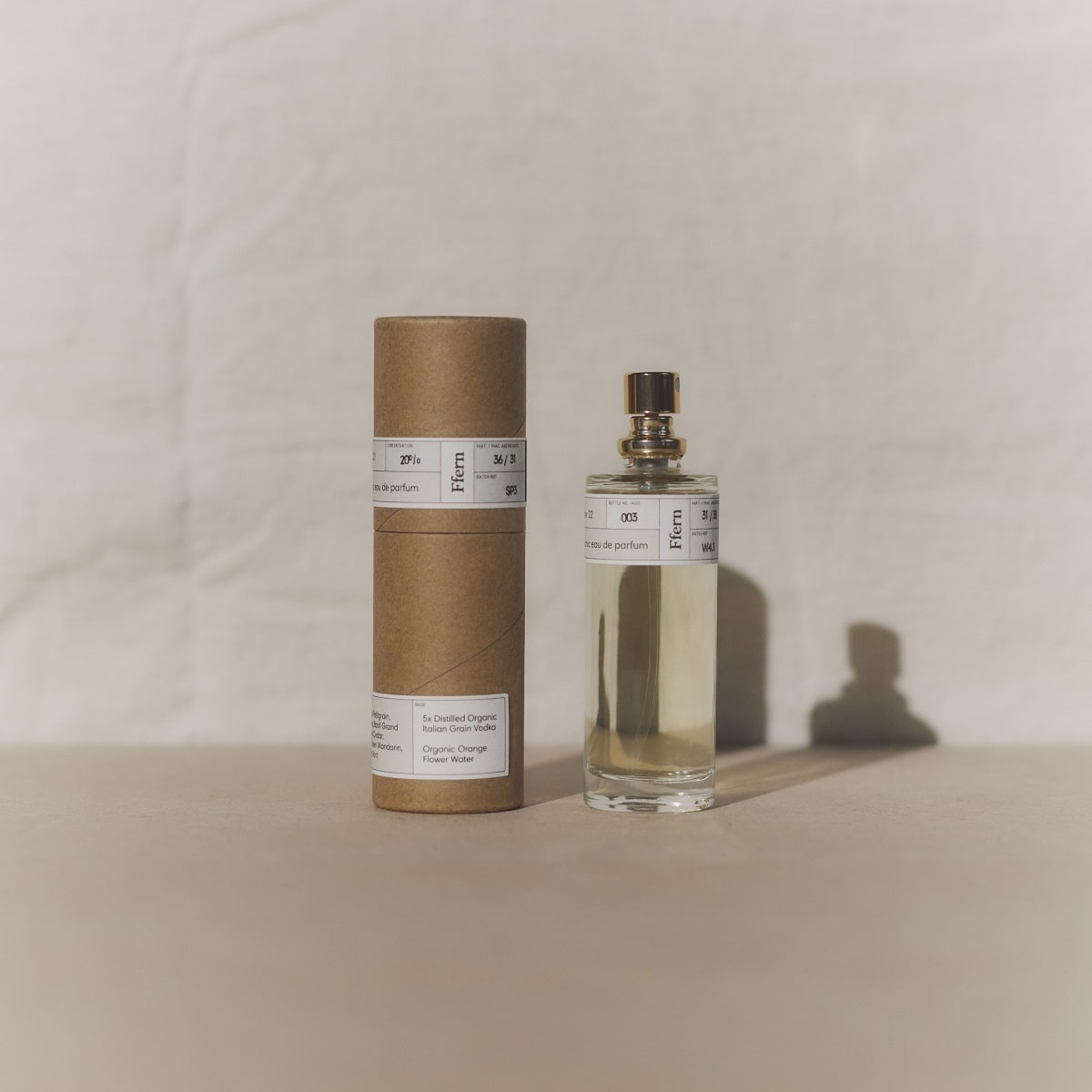 “We took the olfactory vision of the greenhouse as our beginning. Of course, the greenhouse is often used to grow things for cooking,” says Owen. “We loved the culinary notes of pink peppercorn and basil in Spring 21, but we wanted to do something a little different. We finally fixed on a mixture of elderflower, peppermint, lime and buchu – a small bush native to South Africa – which perfectly captures the juicy depth of gooseberry.” Whichever route you want to take when it comes to finding a fragrance to suit, these three companies are giving you a variety of options that allow you to explore in your own time and at your own pace - and thankfully none involve a detour to a packed fragrance counter on Oxford Street. Start your journey from the comfort of your sofa now. 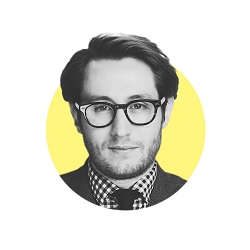 Nick is an award-winning journalist, former Editor of The Jackal and British GQ and he is passionate about menswear, grooming, watches, interior design and weddings.