DISCOVERING THE ISLANDS OF SCOTLAND 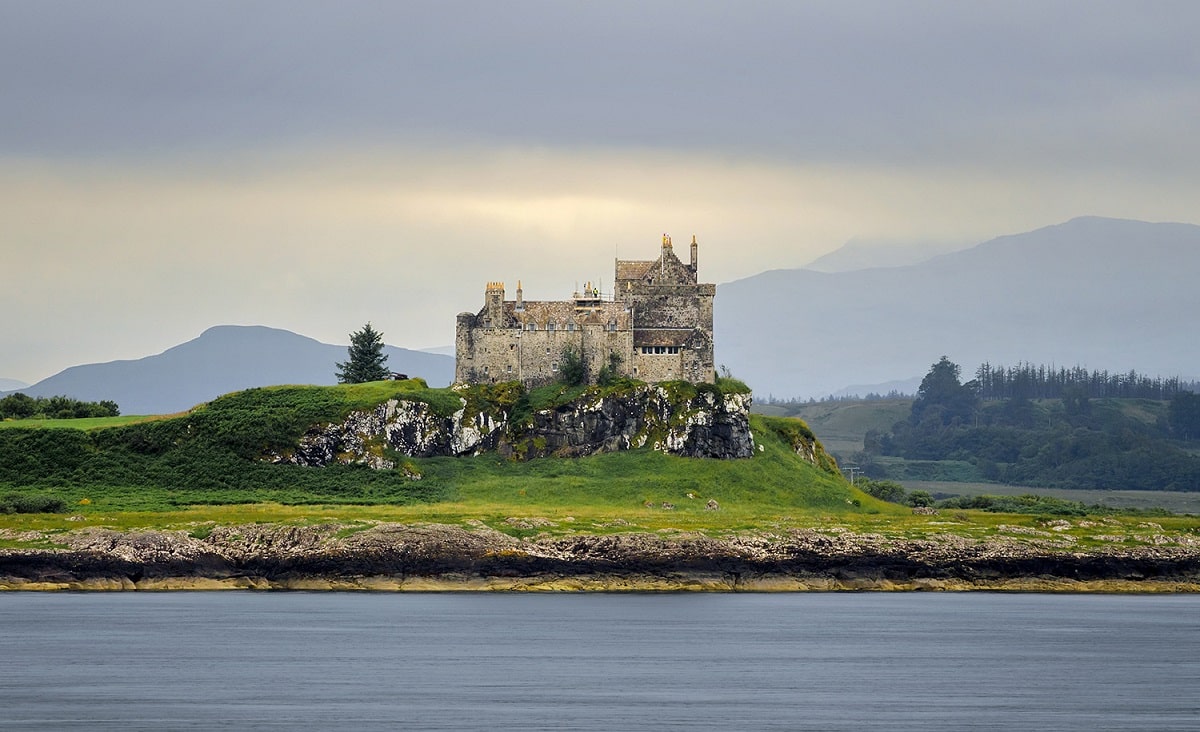 The islands off Scotland are often forgotten about by tourists, and they shouldn’t be. Are you thinking of taking a staycation to the Scottish isles? It’s a great option. There is a lot to indulge in even if hiking is something that has never appealed to you. The little towns, the multilevel landscapes, and the events. These all add up to a collection of memorable moments that will stay with you forever. Take a look at our guide to the islands off Scotland to choose where your next stop will be.

Tiree is Ibiza for west coast Celts. Initially, there are beautiful beaches to explore, with their fine sand and blue waters looking more like a tropical island, or Cornwall art. But there are no raves or strips here. Instead, you’ll see little white stone cottages as you wander the bays. But, for a weekend in July, people from all around the country bring their tents and their motor homes hired from ariescape.co.uk and congregate on the island for one of the west’s biggest music festivals. The biggest acts in Celtic music come to Tiree for what is TRNSMT for teuchters, including names like Skippinish, Callum Beatie, Rhuvaal and Baskery. Be warned, this is no twee country music festival. This gig could rival Glastonbury, if Glastonbury allowed dancing as dangerous as ceilidhs to be performed at their shows. Enter at your own risk. 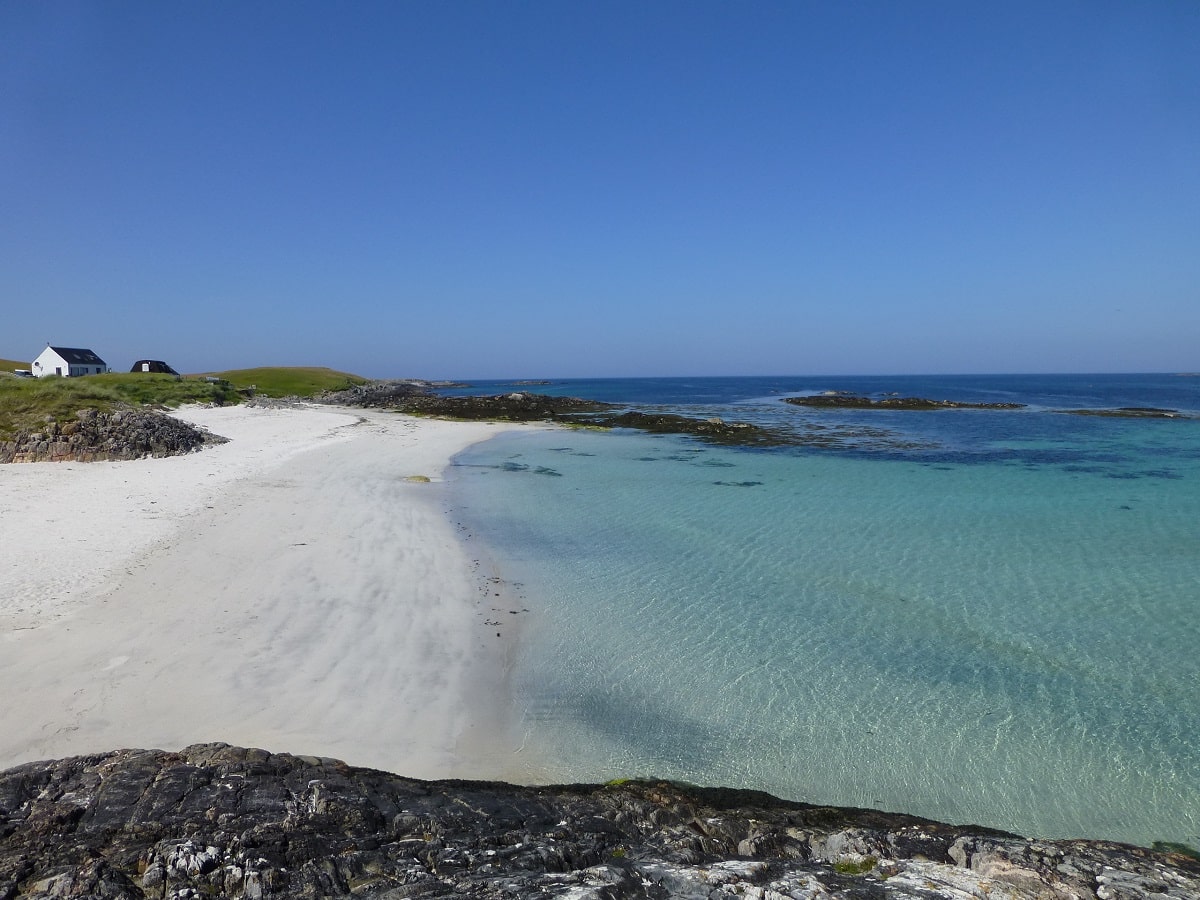 Mull is one of the biggest islands on the west coast, especially when compared to the likes of Tiree, but it is also one of the most popular to visit. If you want a “quaint little Scottish town by the sea”, you head to Tiree. The only way to describe it is to say to take a look at an episode of What’s the Story in Balamory because that’s where the show was filmed. The colourful houses, a staple of the show, are featured along the coast of Tobermory, which makes for a beautiful postcard. It’s also a lot more easily accessible than some others on this list. A drive to the equally attractive to tourists, Oban, and a quick ride on the ferry the town is famed for will drop you right on the southernmost end of the island or keep going onto the Isle of Lewis and Harris. Mull has everything from pony trekking to eagle watching, as well as an abundance of proud artists and galleries to enjoy.

The Isle of Skye is considered one of the most magical places in Scotland. The sheer mention of the Fairy Pools should give you cause to think that there is more to this little island than what you see. Myths speak of brownies, sirens, fae, etc. Explore enough and you might just see some for yourself. The Fairy Pools is a collection of clear beautiful lakes and waterfalls that offer a brave wild swimmer a fun day out. Even if you’re more of a walker than a swimmer, the pools are the grand prize at the end of a treasure-filled journey, fill of wondrous woods, challenging hikes, and beautiful views. But there is more to the Isle of Skye than the Fairy Pools. If you liked the idea of Tobermory but don’t have plans to visit Mull, you should visit Portree for an equally colourful accommodation choice. The isle’s best selling point is its natural marvels, so you have the Fairy Pools but also the Dark Sky Parks, which offer the best place to do some stargazing in a country famed for its overcast. Spot distant planets and streaking meteors. In fact, Skye’s natural wonder makes for such an amazing backdrop, a lot of big movies have been made on the island, including The BFG, Macbeth, Stardust, Snow White and the Huntsman and Transformers: The Last Knight. If you’re interested in the most picturesque places approved by producers, the common spots to find a film crew on the island include Neist Point, The Fairy Glen, the rocky Cuillin, and The Old Man of Storr. 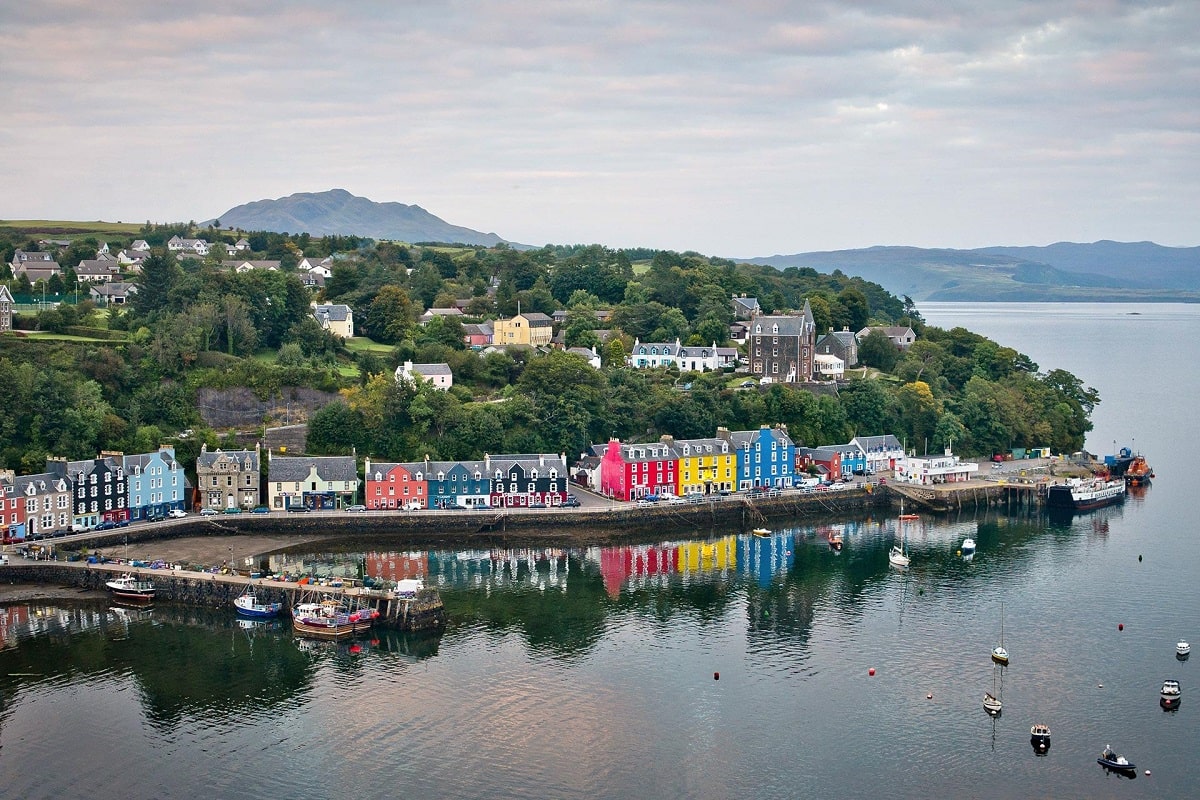 But these are just a few of the island options you have when visiting Scotland. We didn’t even mention Orkney, which has some of the most unique experiences, including visiting the Broch of Gurness and if you’re lucky, seeing even the aurora borealis, and indulging in the history of our Norse ancestors. And then there is the Shetland Islands, which host Up Helly Aa every January: a celebration of Viking history that makes the 4th of July look like a sputtering candle. Hit the road and see what magic you can find just a ferry ride away.