9 MOST EXPENSIVE AIR JORDANS EVER 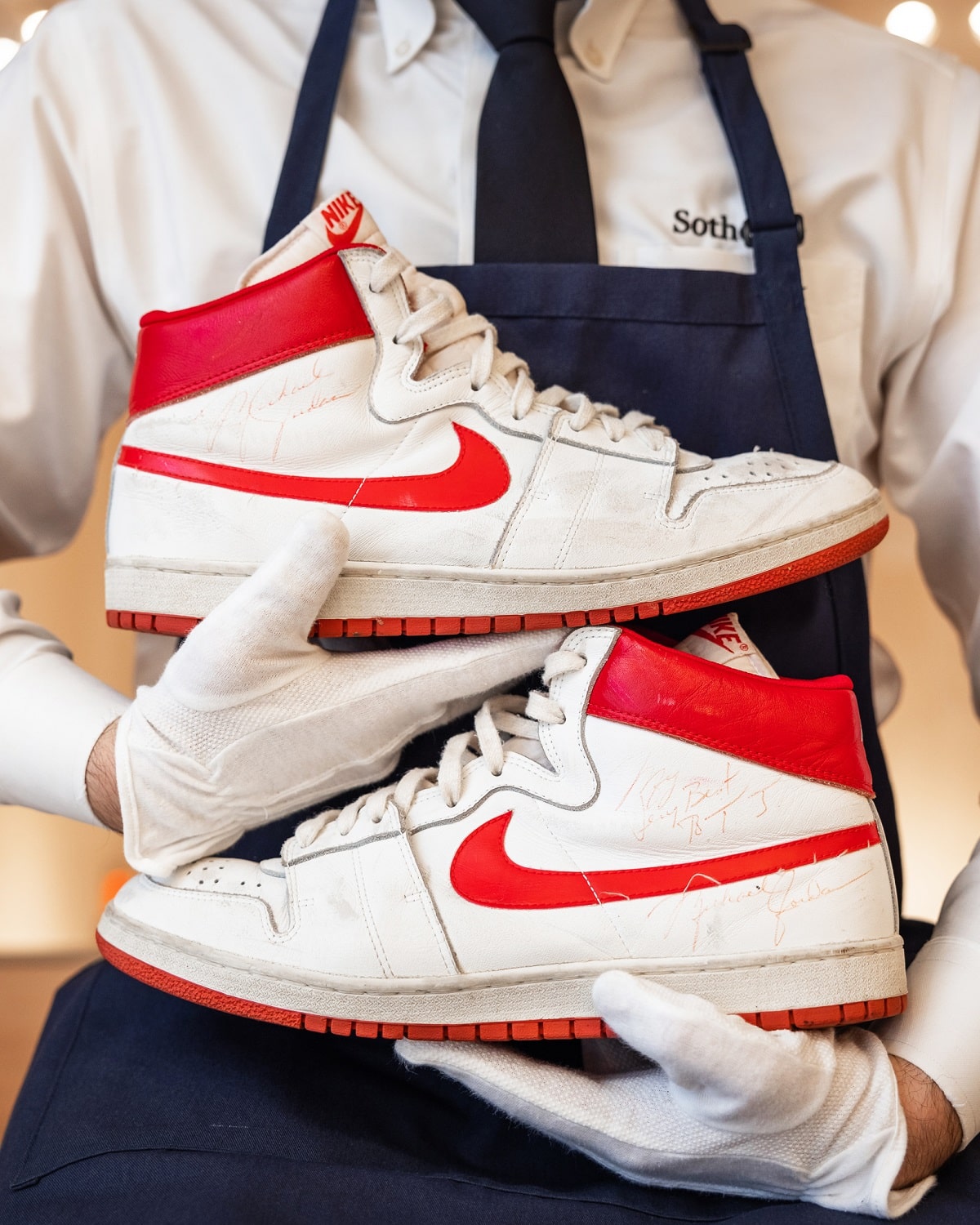 It is estimated that Michael Jordan has made around $1.3 billion to date in his partnership with Nike. All of this started with his iconic trainer brand, the Air Jordan. But do you know how much money these trainers can fetch on their own? There have been some extremely costly pairs designed and sold. Read on as we discuss the most expensive Air Jordans ever made.

The most expensive Air Jordan sneakers made cost a staggering $2 million. Released in 2016, they were crafted from solid gold as a custom model for rapper Drake. Designed by artist Matt Senna, it is reported that Drake paid over £2 million just to have them designed. Being made from gold means they are not ideal to wear. Weighing over 100 pounds, they are not the most agile of sneakers. They are also a one-off, so they are not something you will be able to pick up in your local sneaker store. 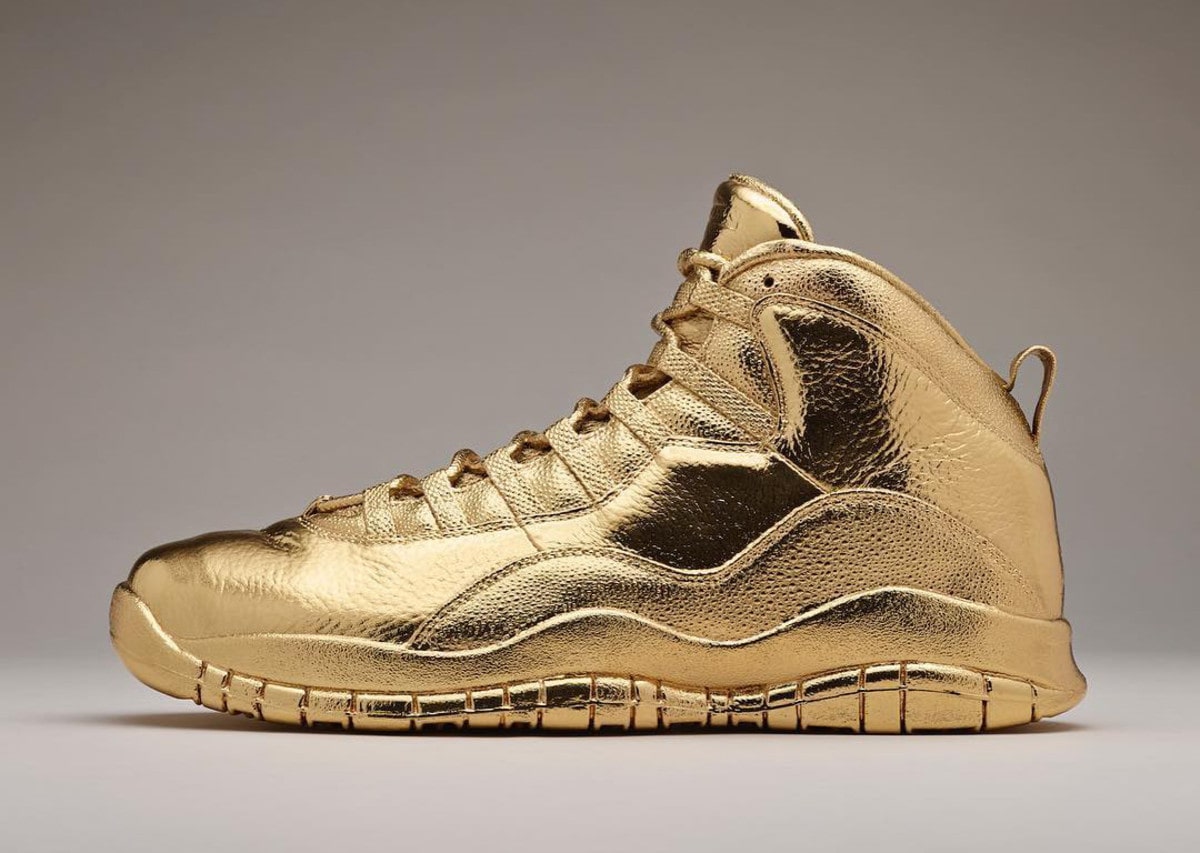 The record for the second highest priced pair of Air Jordan shoes sold in a private sale at auction house Sotheby's. Going for a huge $1.8 million, they were worn by rapper Kanye West at the 2008 Grammys but sold in 2021. The trainers were never actually released commercially by Nike, adding to their collectability. In addition, they also have a place in the Guinness Book of Records as holding the highest price gained for a pair of sneakers in a private sale.

In 1984, sports stars and brand team-ups were practically unheard of. Nike decided to team up with Jordan, then one of the biggest, upcoming sports stars in the world. Giving him his signature line was one way Nike enticed him to sign with them. At one point, Jordan was even fined for wearing these sneakers in games as they did not fit with regulations. In a clever marketing move, Nike paid the penalties, so that the new line gained maximum exposure. These Nike Air Ships were worn in a game by Michael Jordan back in 1984. They were purchased by the collector Nick Fiorella who paid the princely sum of $1,472,000 for them in a 2021 auction at Sotheby's Las Vegas. 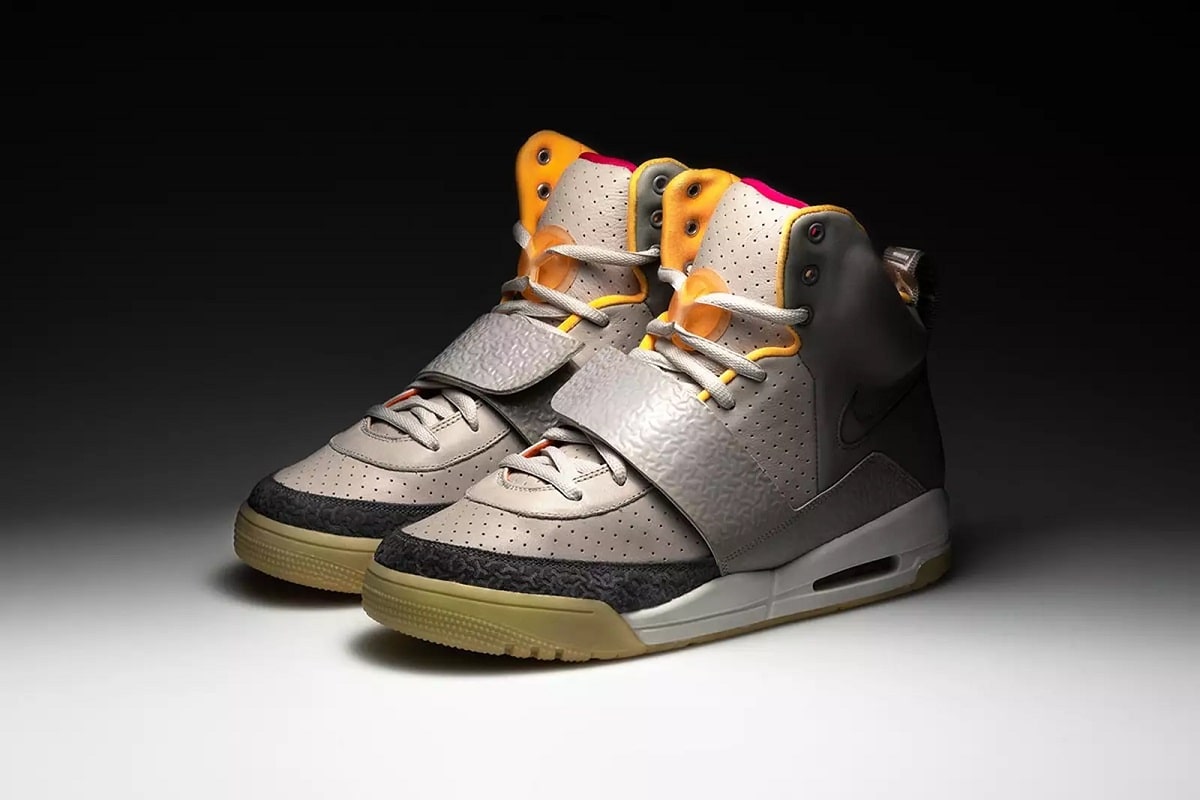 Chicago Dunk This pair of sneakers is worth a sizable $1,012,500. Never available commercially, they were a prototype of different designs and materials. After Michael Jordan's 1985 foot injury, Nike had time to experiment with its design. One area they looked at was the sole of the shoe, and one of these involved adding the body of a Jordan with the sole of a Nike Dunk. With only a few ever made, they are in extremely limited supply and the first one auctioned was also the first sneaker to crawl over the million-dollar mark.

Shattered Backboard Michael Jordan had an illustrious career, with many notable highs. However, one of his most iconic moments came in a lesser-known exhibition game. Playing for Italian club Stefanel Trieste, the infamous incident occurred late in the match. Jordan took off, going for a one-handed dunk and in the process managed to shatter the backboard. Showering the court with broken glass, it created one of the most iconic dunks in basketball. This exhibition was part of his contract with Nike and naturally, he was wearing Air Jordans that evening. The actual Air Jordan Sneakers worn in the game went for auction and sold for $610k. Rumor has it they even still have a shard of glass stuck in them. 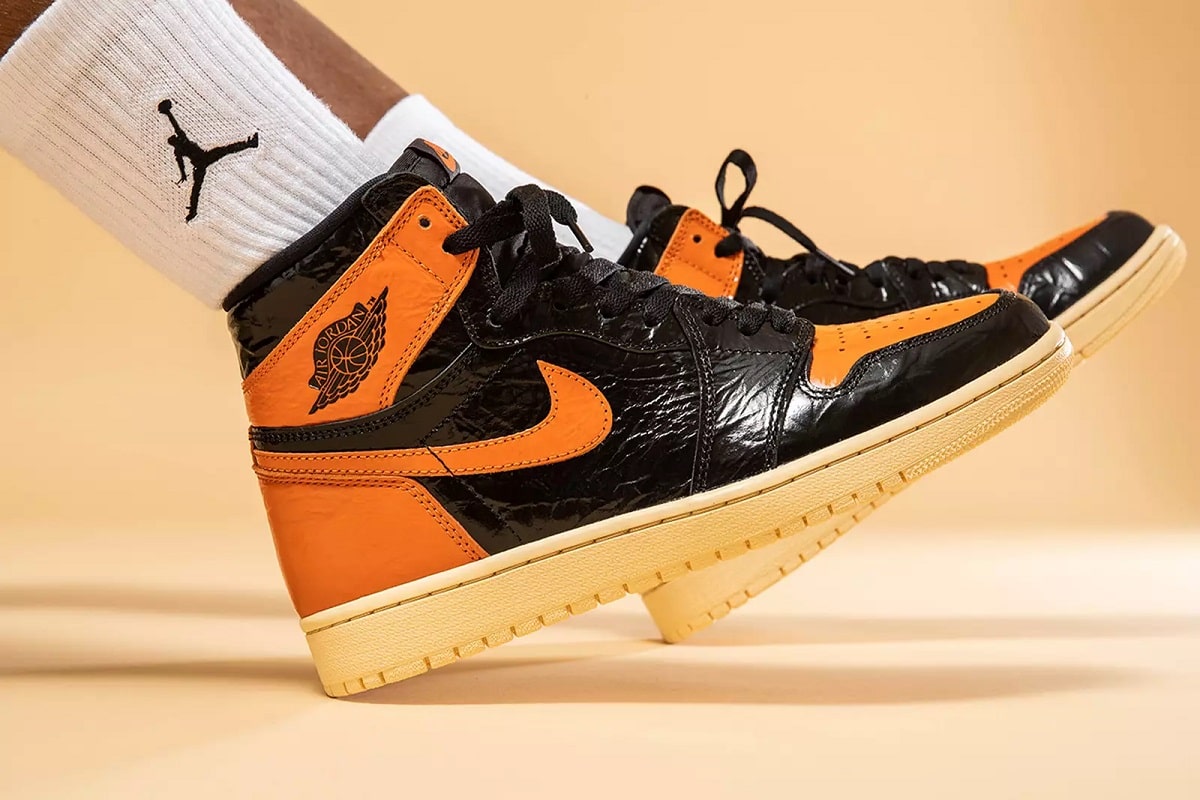 In 2020, the New York branch of Sotheby's sold a pair of game-worn Air Jordan 1 for $560,000. At the time, this broke the record for the most expensive sneakers sold at a public auction house, beating the previous record set by a pair of Nike Waffle Moon shoes. Worn in a 1985 game, they are resplendent in the traditional Chicago Bulls color scheme of white, red, and black. Coming in at three times their estimate, many bids came in from four different continents toward the end of bidding. It is still unknown who bought them and where they are now.

In the 1985-86 season, Michael Jordan was on a career-high. At the top of his game, his career was getting off to a flying start when tragedy struck. In a game against the Golden State Warriors, he took off for a run-of-the-mill lob and landed flat-footed, fracturing his bones. Jordan missed most of the season as a result, around 64 games in total. The exact trainers he wore in that game recently went up for auction and fetched $422k. 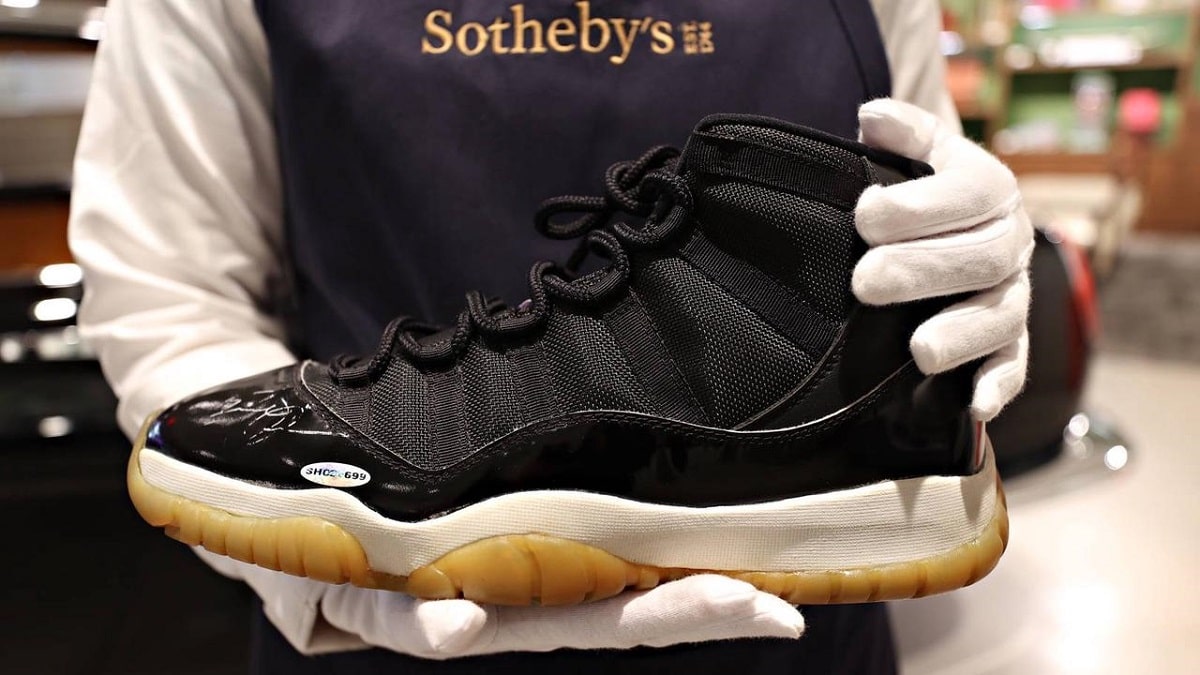 Space Jam was a 1996 movie by Warner Brothers. Featuring a mix of live-action and cinematography, it involved a storyline whereby the cast of Looney Tune characters attempted to win their freedom by playing a game of basketball. To help, they enlist the help of Jordan himself. The movie recently got a sequel and ahead of its release, a pair of unworn, autographed, sample Air Jordans made for the original movie went up for auction. Reaching a sum of $176,000 they showed the popularity of the trainers, Jordan, and the Looney Tunes brand itself. This sum was reached despite the fact he never wore them in the movie, opting for a pair of white Air Jordan 1 for most scenes.

You may not have the budget to buy these expensive Air Jordans, but sneakers are out there for collectors of all budgets. Many people choose to buy them new as investments. Set a budget and make sure you have a great place to display them. This article is one of many informative pieces on our blog. Check out the rest of our articles for all the information you need on sports and fashion.