IT'S TIME TO RELOAD YOUR CAMO FOR THE 2014 BATTLEFIELD! 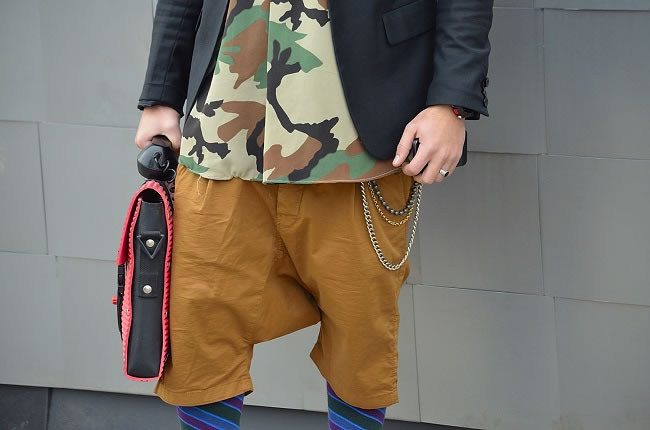 Camouflage was a strong print trend last year but it is also expected to keep up its momentum this year and designers have revolutionised its use into items and materials which have previously been out-of-bounds. Here is a guide on how to incorporate the print into your casual ensembles.

People associate camouflage with green, black, brown and grey colours but by definition, camouflage is any combination of colour which is used for concealment in a given contextual environment. This year, that definition has been embraced with the camo print being used in a host of different colours and unique styles.

This season we have seen the camo print transfer to items such as chinos, blazers and hats, all of which are not seen as traditional printed items.

The successes of such designs indicate the strength of this particular fashion print. Camo is now a versatile pattern which can be incorporated into many outfit styles.

Of course, military style has long held a place in fashion; we already have pea coats, trench coats and military style boots, but camouflage was once seen as bold and eccentric - ironically a print designed to make you invisible - but now it is more mainstream than before and allows endless ways to be inventive. 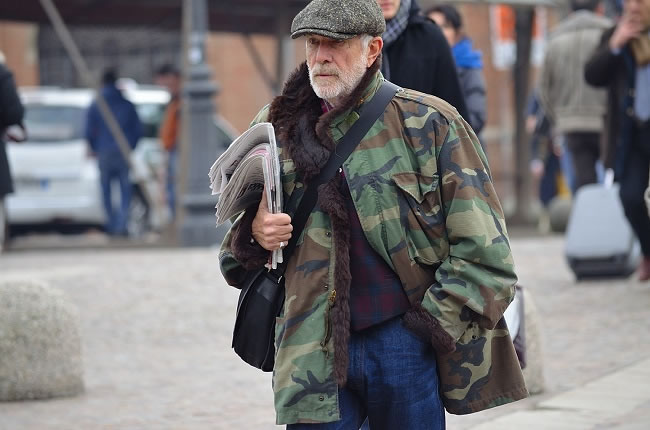 "Ironically a print designed to make you invisible"

Camouflage is ideal for casual outfits this season but it is important to contrast it with the rest of your outfit. It’s advisable to wear one camo item per look and contrast with plain garments, avoiding colours which feature on the camo print itself.

Combining prints is another faux pas so try not to overcomplicate things. The key is to wear the print inventively, so somewhere that wouldn’t usually be expected and it could be done by replacing your staple jeans or chino’s with a camo alternative and combine these with a plain white tee and a dark blazer for an unorthodox casual/smart mix.

For a subtle approach to taking on-board this print, a wearer could pick up a printed cap or sneakers and wear with dark jeans and a dark baseball jacket for an understated urban look. 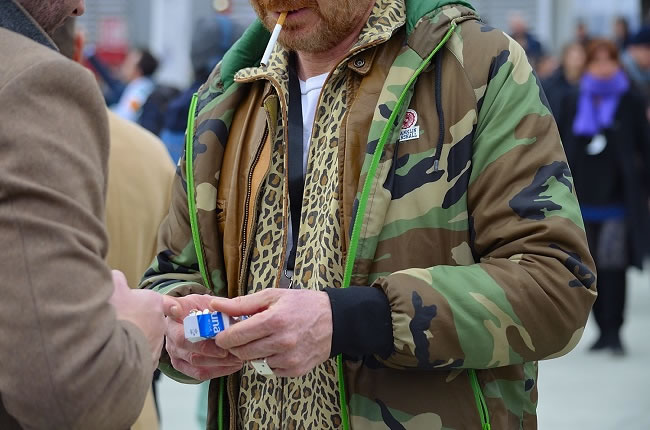 "The newest approach to camo is to experiment with colour"

The newest approach this year to the camo print is to experiment with colour, you can do that here with a blue short sleeve shirt which would be ideal to pair with some light jeans or chinos for a summertime look.

Alternatively you could use a base layer such as a camo polo shirt and put it under a light coloured hoodie and dark skinny jeans for a comfortable everyday outfit which you can throw on again and again. 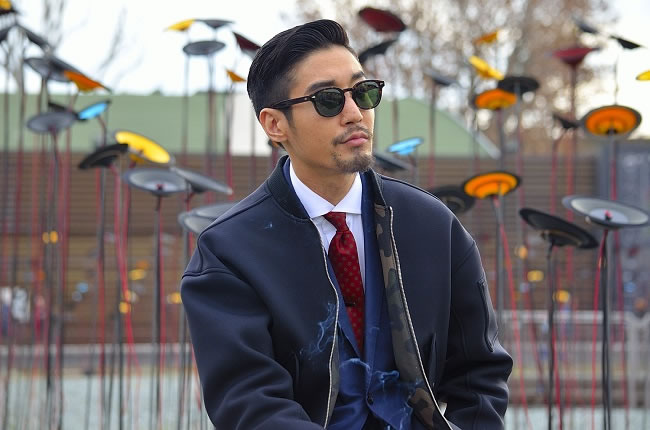 "Wear one camo item per look"