KENZO 'NO FISH, NO NOTHING' CAMPAIGN

SUPPORTED BY THE BLUE MARINE FOUNDATION TO SAVE OUR SEA LIFE

Written by Darrell Larkin in News on the 31st March 2014 / Kenzo 'No Fish, No Nothing' Campaign 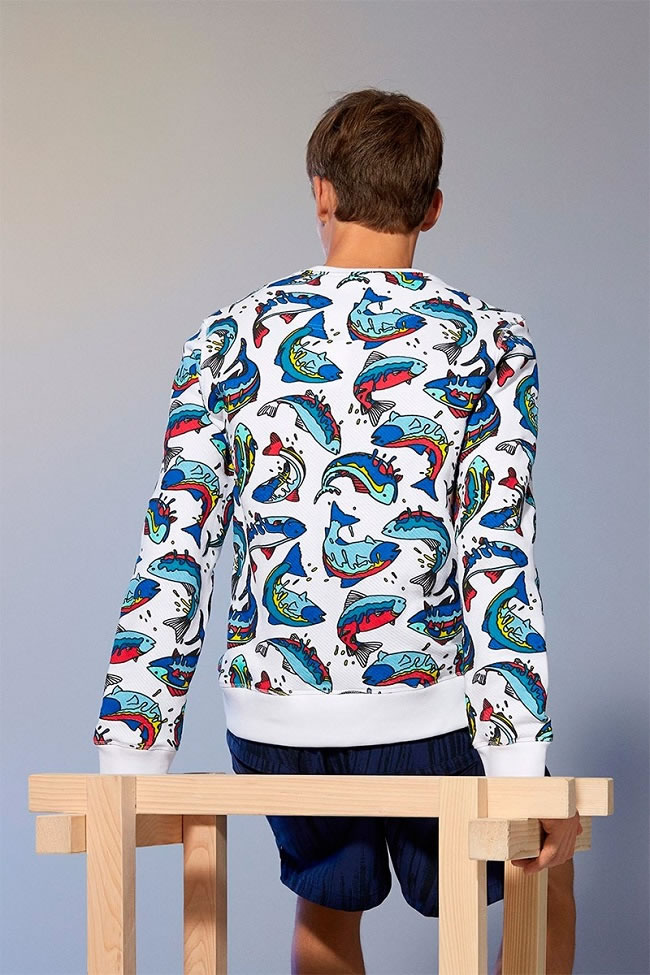 First of all, I’m going to dive straight into this ongoing and heart-wrenching problem with a quote directly from Kenzo, “70% of the earth’s surface is ocean, the oceans contain 80% of all life on earth, and only 3% is protected.”

Kenzo is a French luxury house that was founded in 1970 by Japanese designer Kenzo Takada, but is now owned by parent company LVMH and is in the perfectly capable hands of Humberto Leon and Carol Lim.

The latest campaign to hit our inbox’s and what also plays inspiration to the spring/summer 14 collection, isn’t just for the eyes of the buyers.

“NO FISH, NO NOTHING.” Kenzo have teamed up with The Blue Marine Foundation to show support to our fishy little friends and make a mighty statement to raise awareness of this usually overlooked situation.

The collection predominantly features a many shades of blue pallet and wavy cuts, but as visually pleasing as it is, a dark message lies deep within the murky depths.

Our sea life is being slaughtered, their peace is being disturbed and their population is reducing drastically. 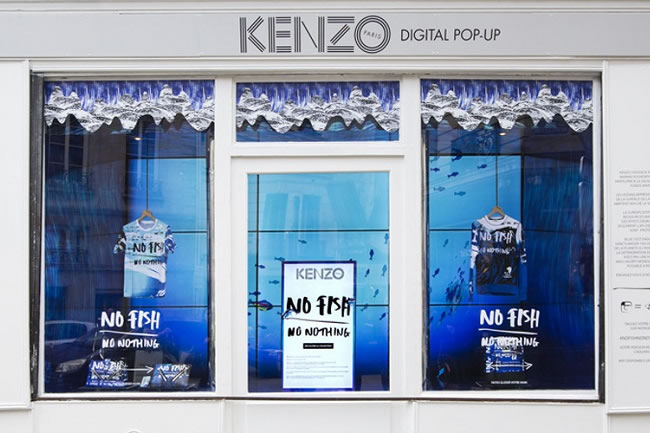 No Fish, No Nothing Pop Up Shop

Huffington post revealed that 11,417 sharks are killed per hour... yes, PER HOUR. And that’s only speaking for sharks.

It’s happening to thousands of species of sea life, and it’s time to open our eyes to what has been going on for a long time but is now unthinkably out of control.

If you’re not one for OTT prints though, there is the wave’s embroidered sweater similar to the trademark Kenzo design but with a subtle oceanic touch. 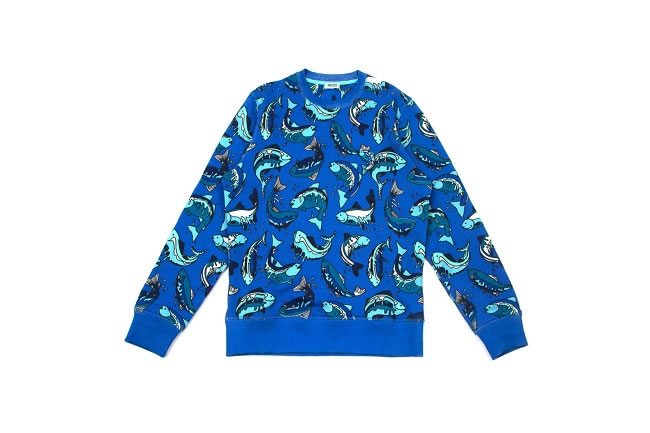