IS MEN’S FASHION IN BRITAIN THE BEST IN THE WORLD?

IF SO, WHAT MUST WE DO TO KEEP IT THAT WAY?

Written by Jordan Bunker in Interviews on the 22nd July 2014 / Is men’s fashion in Britain the best in the world? 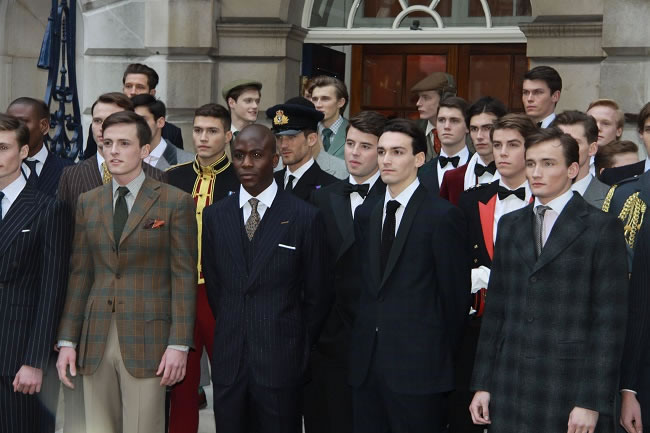 British fashion: Alexander McQueen. Vivienne Westwood. John Galliano. Paul Smith. All prestigious names that decorate Britain’s rich pool of talent. Fashion is something Britain does well and it is only getting better.

With the fashion industry contributing £26 billion to the economy, the figure is a testament to its popularity, and menswear alone is worth £10.4bn. Renowned for having the best fashion colleges in the world, the country’s industry has the highest of standards to maintain.

“Our illustrious heritage is accompanied by craftsmanship, innovation, plus a canny eye on the modern that ensures our designers remain at the forefront of fashion.” - Boris Johnson, London Mayor

Boris Johnson is by no means David Gandy, but he is correct in saying that British fashion is the pinnacle and has taken centre stage once more.

June 15 saw London take centre stage with London Collections: Men Spring Summer 15. Every label wants to be seen in Britain, whether its British or not, and Moschino showcasing its latest collection at LC:M (instead of Milan) signifies the allure the nation has.

So, where does British style come from? From the raincoat to the bowler hat and the sharp-suited gent to the peacock dandy, Britain leads the way in introducing the latest fashion trends.

“Classic British fashion often goes back to the roots of Savile row, but aside from this, we're good at layering with shirts, knitwear and quality coats.” Craig Landale, Menswear Style’s editor-in-chief believes the weather’s unpredictability has turned a Briton’s style into his strength.

Running one of the biggest men’s fashion e-magazines in the UK, collaborating with brands such as Mulberry and Ted Baker, he now feels that Britain - and more specifically London - has the most stylish of people walking its streets. “It is one of the most trend-led, diverse and interested places for fashion. There are young designers bursting out every year and it's very impressive. The world is watching.” 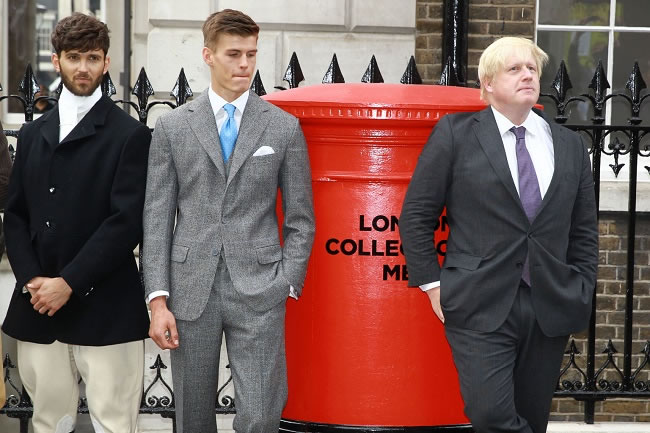 British males have become more fashion conscious and menswear publications are now able to "guide" people, much like Vogue does for the female market.

“We're educating guys on what the latest trends are, tips on how to wear those trends, brands to look out for and how to put outfits together. Sometimes we just inform and let the reader decide what brands they might like, and other times we pick out certain garments that are our favourites in the current season. This helps both sets of readers. The man who has a refined style and the man who needs help. It’s booming right now. Men are open to discussing style and grooming more than ever before.”

Editor of men's style guide website Fashion Beans, Luke Todd agrees. “It has become more experimental. Some men still like to wear traditional suits, but they will inject personality through their tie, pocket square or shoes.” It is apparent that it’s not necessarily a case of modernising radically, but tweaking existing looks to give them a modern edge. 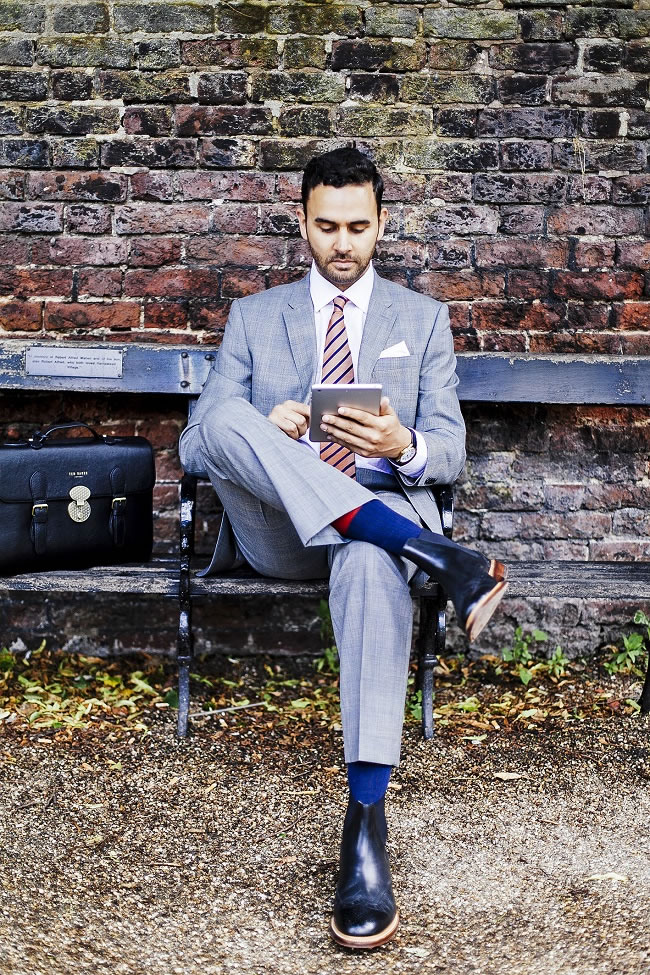 A brand with personality attached to them makes them special and that is what British brands have with aplomb. Todd believes that if anything, there is more pressure on them because they are from the home of menswear.

“I find so many British brands with stories behind them, such strong heritage, which makes them all the more interesting to wear.” Although in recent years the country’s fashion has already seen so much success, Todd feels that “we’re only just seeing the very early stages of the boom,” but he does not want the industry to forget what makes British style so British. “The three-piece suit came from these shores — as did many other popular elements of style. Fashion changes and moves around, but we should never lose pride in what we achieved early on.” 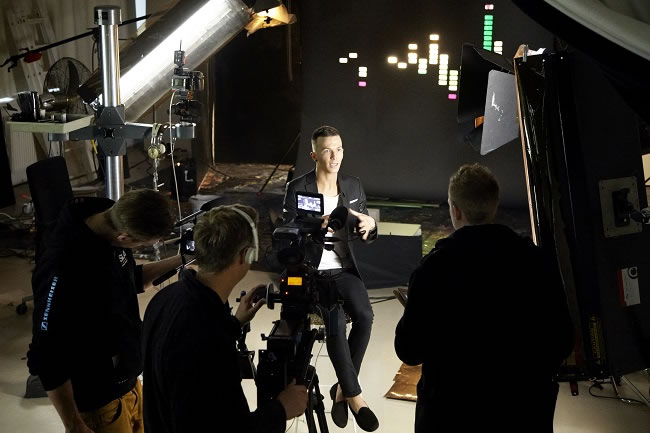 Not only can Britain celebrate a number of world famous designers, as well as play host to the trendiest of gents, it arguably boasts the best brands too.

Cobbs Lane is home to Dr. Martens, one of the most famous footwear companies in England. Thriving through the 60s and 70s, and then downsizing 2003, they are now working towards the future. “The company is progressing. I do think it’s becoming bigger. A lot bigger,” says Asha Tamia Harper, apprentice at Dr. Martens.

“What put Dr. Martens on the map was all the different subcultures that grew with it. Mods were wearing them; Punks were wearing them and Hippies too!” Created in 1960, it’s one of the few brands where that feeling of "British-ness" hits as the smell of leather fills you up.

Known for a certain quality and style, in recent years the brand has introduced a number of different styles and they are now taking the next step by introducing clothing. 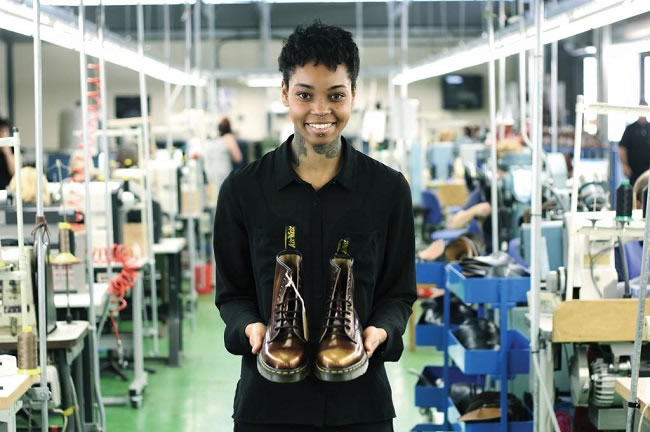 Now, more than ever it seems, British brands have more to offer, and at the same time deliver them with the same levels of class. “When people do look to buy in the United Kingdom it is vital that the quality is top notch” and this means that their shoes go through stage-after-stage (of intensive quality control).

It is only after long scrutiny that they are boxed. Imperfection isn’t a word in the Dr. Martens handbook. Naturally it is an expected element of British fashion. One brand that certainly hasn’t forgotten its British roots is Ben Sherman.

Founded in 1963, Ben Sherman is so typically British. Having such a strong brand identity that includes perennial classics like the Harrington jacket and the classic button-down shirt, when the company designs new items, Ben Sherman Menswear designer Charlotte Cameron says you have to “respect” whilst “moving forward” each season.

“We need to consider carefully whether any new fit or style that's in trend is relevant to us - who would wear it, why are we doing it, would our customer buy it, does it work with our brand image?” In a sense, Ben Sherman is much like a British person’s style, it’s individual. 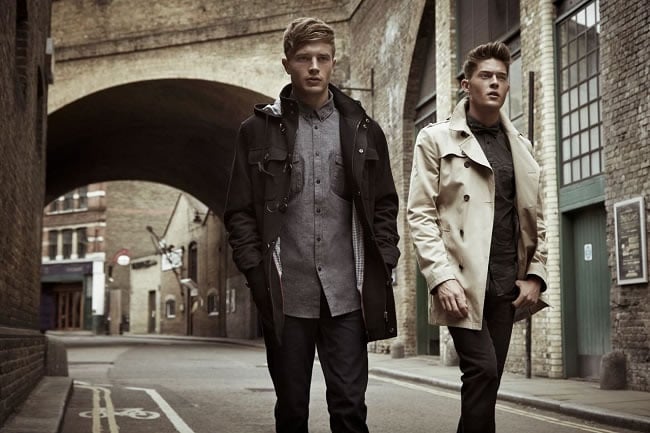 When talking about British style, Cameron describes it as “classic with a twist”, and believes that it accurately sums the nation up. As she talks me through her opinion of the British look she summarises it as “Classic, smart and practical silhouettes but with a fun element. Small tweaks that make it individual and a bit quirky - bright trims and linings, quality fabrics and finishing - there's always an interesting detail.”

Fashion in Britain is also not elitist, with budgets not a factor in whether a man’s style can be good. Cameron notes, “our high street brands and luxury labels are some of the best in the world; I think there is a wider access to new ideas.” Men’s fashion is only now starting to make a real impact.

From a style point of view, individuality and adaptability has made the country one of the best for street style. The task of making sure Britain remains at the forefront relies on maintaining the foundations of high quality and introducing something new every now and again.

By doing so, it means British fashion is in good stead to keep progressing, with an ever-evolving new line of designers that inspire and create. 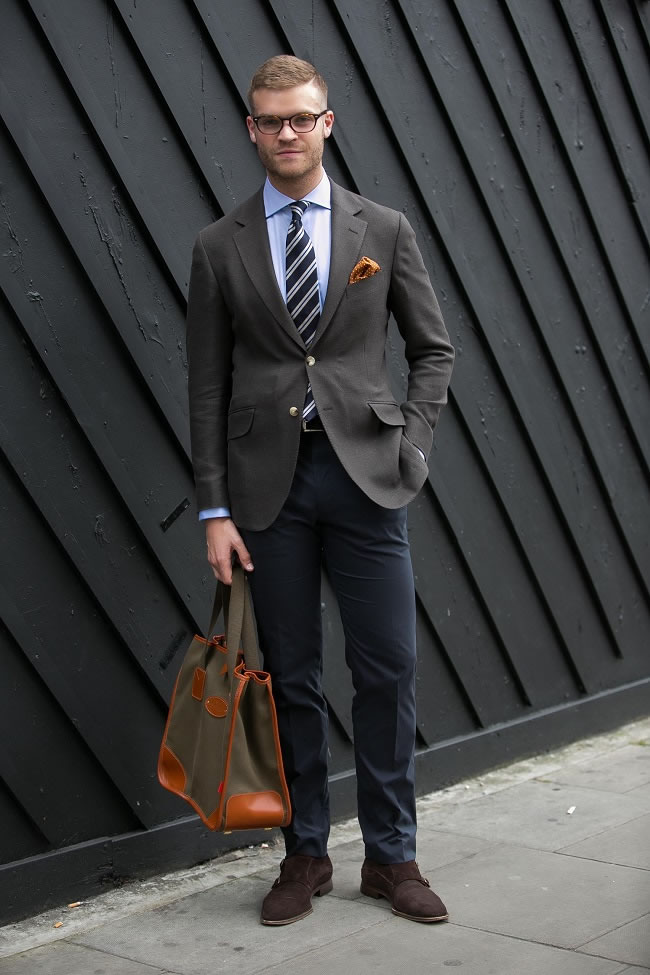 Phil Green of Farfetch.com in London

Is British Menswear the Best in the World?