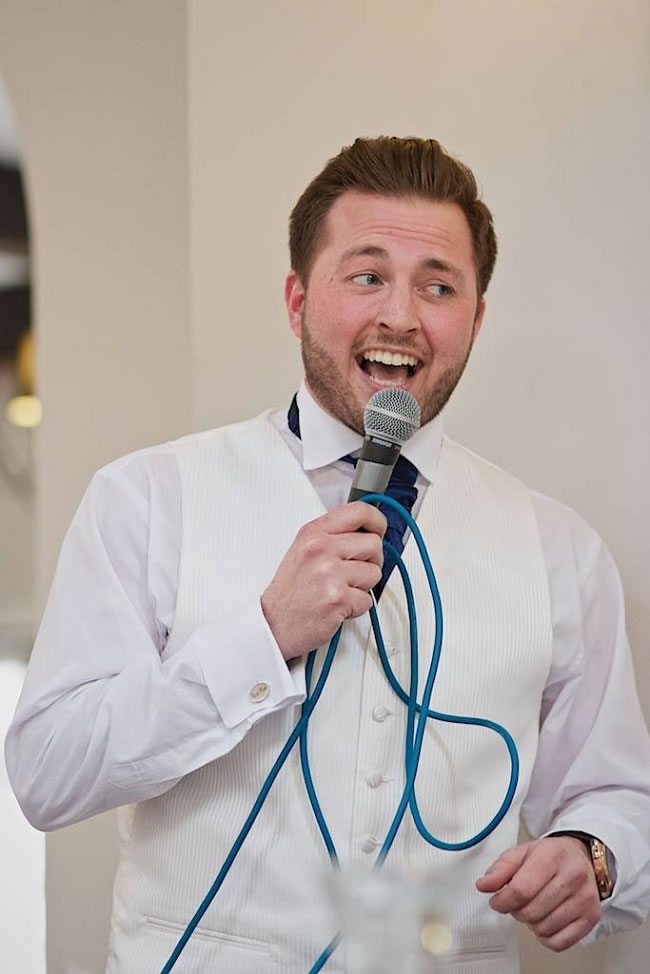 We recently attended the wedding of two of our university friends and the Best Man, Joey Boyes came out with a cracker of a speech. Not only did he pull off a spot on speech, but he also ended it with a funny song.

The video has already made global media, shared by the likes of Ryan Seacrest and Perez Hilton. You can see the viral video below, but first we catch up with the man himself to find out more.

What many people don’t realise is this wasn’t your best man speech, but simply the ending to a flawless emotional and hilarious 30 minute speech. You must have spent quite some time planning all this?

"When Dom first asked me to be his Best Man I just wanted to make it the best possible speech I could for them. I knew I wanted to have part of the speech in song, but it wasn’t until after the film was released on DVD that I had the idea to use Let It Go. It only actually took about 3 weeks to write, but I’ve spent the rest of the time practicing on my family and friends – we all thought the wedding would be the last of it! Despite being so prepared, I was really nervous that I wouldn’t hit the notes or the jokes wouldn’t go down well. But because Becky (and Dom!) love Disney, I knew the song choice at least would be a winner."

We hear you have your own bar called ‘Sticky Fingers’, any plans to somehow incorporate #bestmanjoe into it? Surely the CD has to be framed and go up on the wall somewhere?

"Ha ha, well it is a live music bar, so the song may need to take off a little more for it to become worthy enough to sit alongside the Rolling Stones and The Beatles on the wall! But I have had a few people come in and ask me “Are you Best Man Joe?” which is brilliant, and any more interest in the bar is a huge bonus!"

After the ‘let it go’ performance you announced that guests could buy the CD version from behind the bar with proceeds going to Charity and the Clarks’ honeymoon. Tell us about that.

"Yes the Clark’s got a honeymoon contribution, and we went with 2 charities. Dominic’s mum, Mary chose Dove Hospice and Cancer Research was chosen by Becky’s mum, Cath. We originally charged £3 at the wedding for the money to go 3 ways.

"We are still raising money online for charity which is amazing!"

My business partner owns a successful guitar shop (Steven James Guitars) and also has a recording studio, so I was able to use that. I considered just playing the CD on the night but I felt it needed a visual performance!"

“You called him TOM, his name is DOM”. What is the story behind that?

"Basically when they first met, they both got each other’s name wrong, so it was a bit of a "cringe" moment that I couldn’t help but incorporate!"

“Apart from the time you got mouthy with the cops”, what is the story behind that?

"It’s only a tame story really, he was in a drunken state outside a club, and when the Police tried to calm him down he got a bit lippy! They made him sleep it off over night. He was described by the police as the most "pathetic and apologetic individual they ever had the pleasure of dealing with."

So, were the newlyweds happy with your wedding gift?

"I hope so, I think they enjoyed it but they’re currently still on their honeymoon so they don’t know the extent of how viral this has all gone yet! Between some of the Ushers and Bridesmaids, we’re making a scrap book of all this coverage for them to see when they get back."